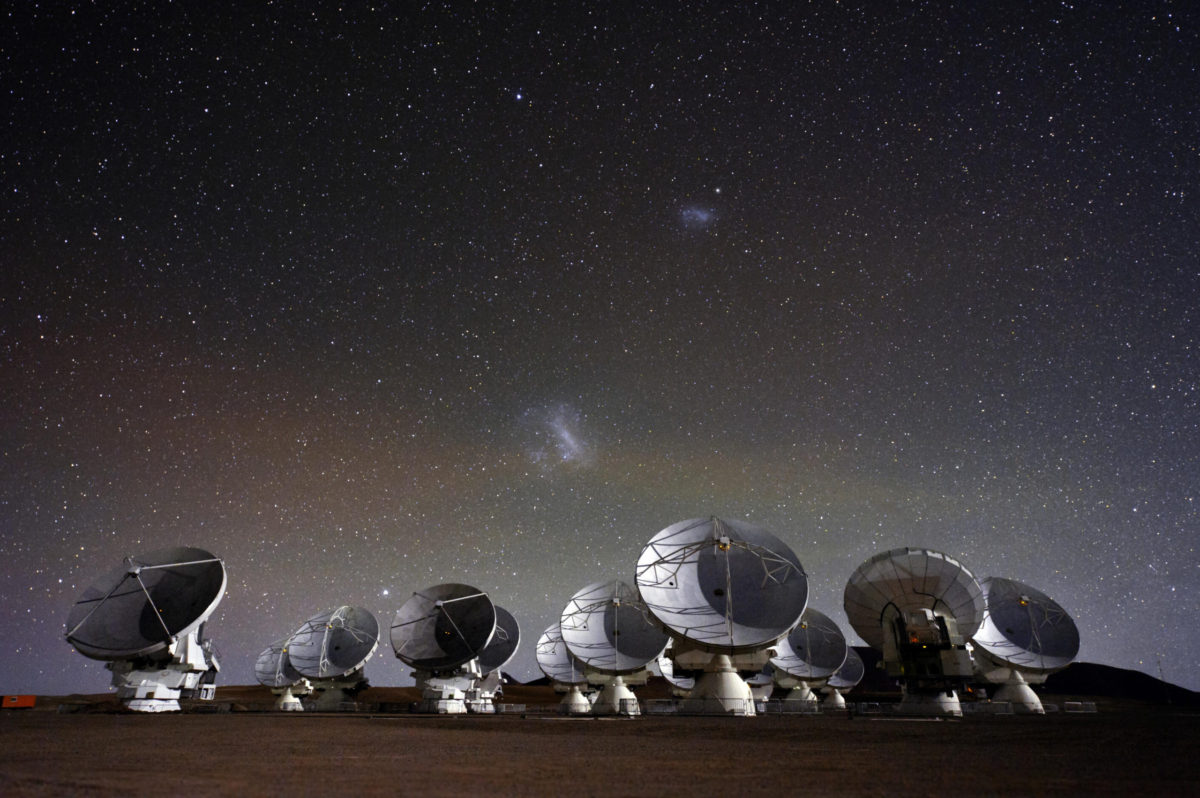 2019 has been a spectacular year of discovery for all of astronomy, and radio astronomy in particular. The public got to see the first image of a black hole in April (which may be akin to the 1960s generation watching the Moon landing on television). The technical feat involved in aggregating this amount of radio data (roughly 350 terabytes per day) amongst eight observatories (including ALMA), spread out over the entire Earth, is, in itself, worthy of an exponential wow.

Using ALMA data, astronomers released more than twenty high-resolution images of emerging solar systems. And they found billions and billions of tons of ordinary table salt (NaCl) orbiting a young star. How did this radio telescope located in the Atacama Desert of northern Chile see the cold “glow” of the atmosphere and rings around Uranus?

What makes this a great top ten list? It was difficult to narrow the list down to just ten. So, we queried NRAO’s astronomers, and then we asked our favorite “Bad Astronomer,” Phil Plait, to weigh in on his top ten 2019 ALMA Observatory discoveries. You can read more about his favorite ones here:

The countdown continues over the next few days. I’ll be updating this post daily each time a new video is released. Stay tuned!