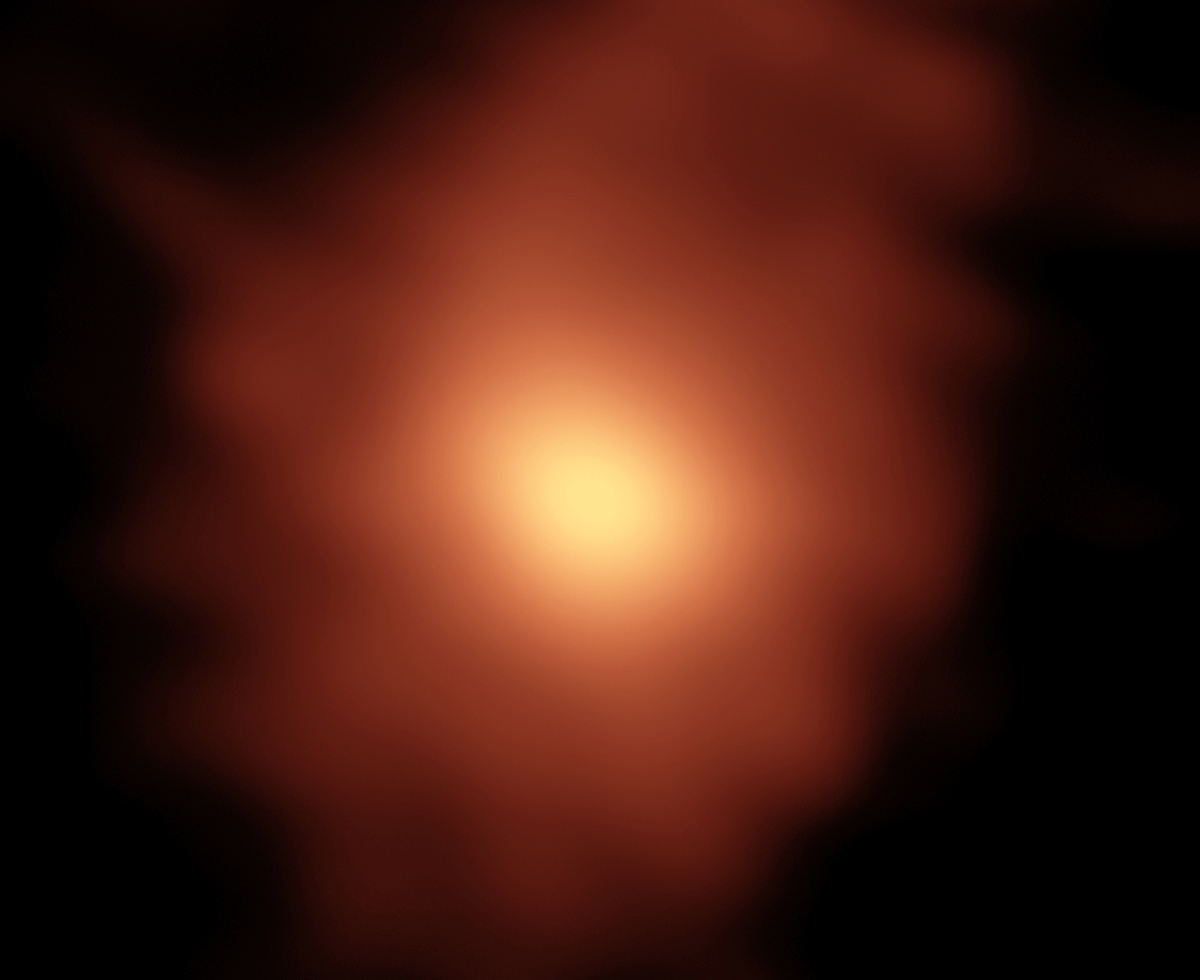 Still looking for comets. Caroline Herschel's pioneering efforts on comet discovery are continued by ALMA (observing the emission from organic molecules in the atmosphere of comet, ISON).

Standing at just 4 foot 3 inches under the looming 40-foot telescope her brother designed, Caroline Herschel’s physical stature parallels that of her prominence in the History of Science, often shadowed by the accomplishments of her brother William. In the history of science, it is often a methodological challenge to incorporate the accomplishments of women. While it is true that historians may go through the historical record and find a plethora of brilliant and fascinating women, the fact of the matter is that there was no woman-equivalent of Einstein — that is, a historical figure whose name is synonymous with scientific genius. This is, of course, not because there were no women who rivaled Einstein’s intelligence, but because throughout much of recorded history women have lived in societies which imposed limits on their lives. As such, the character of the history of science is overwhelmingly male.

In the case of the Herschels, for example, there is no doubt that William contributed to the discipline of astronomy in a more “objective” sense than did Caroline. William Herschel is best known for the discovery of Uranus, but he also undertook detailed star surveys, coined the term “asteroid,” and essentially discovered the existence of infrared radiation. Caroline, on the other hand, was an invaluable attendant to her brother. While assisting William, she created detailed transcriptions of his notes, copied astronomical catalogs, and made painstaking calculations. William Herschel has found his place in the history of science, renowned as one of the great British astronomers of the eighteenth century. How, then, to account for the contributions of Caroline? In Memoir and Correspondence of Caroline Herschel (1876), a collection of Caroline’s letters and diaries published posthumously by her family, Caroline is said to have claimed:

“I did nothing for my brother but what a well-trained puppy dog would have done, that is to say, I did what he commanded me… I was a mere tool which he had the trouble of sharpening.”[1]

Is this self-characterization accurate? Historical evidence would suggest not. Although it is true that Caroline worked primarily as an assistant to her brother, the documentary evidence also reveals that Caroline had her own interests and distinct talents.

Perhaps most notable was her proclivity for comet-hunting. While William was away or busy, Caroline used her “comet sweeper” to search the sky for comets. Between 1786 and 1797, Caroline discovered eight comets, at least five of which were never before documented. She published her findings in the Philosophical Transactions of the Royal Society, a practically unheard-of accomplishment for women at the time. In consideration of these accomplishments, it seems insufficient to label Caroline as merely an ‘assistant.’ One could instead suggest that Caroline was one of the so-called ‘exceptional women,’ an outlier who transcended her sex to make small contributions to a male-dominated discipline. Initially, it may appear that way– she was the first woman named an Honorary Member of the Royal Astronomical Society and when she was officially hired by King George III as her brother’s assistant, she arguably became the first woman in Britain financially employed in a scientific pursuit.

However, although she appeared to overcome many barriers which women faced in the early modern period, she also faced mockery for her contributions within a male-dominated field. When word of her comet-hunting prowess reached public ears, it was to mixed reactions. She certainly received encouragement from several elite scientists, including Rev. Dr. Nevil Maskelyne, the British Astronomer Royal, with whom she had an extensive correspondence. But this is not to say that she did not also face mockery. Figure 2 is a satirical cartoon, which was published shortly after Caroline discovered her third comet, in 1790. The cartoon, which is titled, “The Female Philosopher, smelling out the Comet,” depicts a woman (presumably Caroline) admiring a “comet”, which is represented by a putto[2] overcome with flatulence. The woman exclaims, “what a strong sulfurous scent proceeds from this meteor.” Such a representation diminished the science and skill required for comet hunting and is indicative of early modern attitudes towards women in science.

Caroline was not unaware of the limits imposed upon her gender during the eighteenth century. In a letter to Maskelyne in 1798, she wrote, “You see Sir, I do own myself to be vain… and was there ever a woman without vanity – Or a man either?” Only with this difference, that among gentlemen the commodity is generally styled ambition.”[3] It is here Caroline points out a double standard which some would argue lasts to this day: ambition in a man is laudable, while the same attribute in a woman is considered a character flaw. Emily Winterburn, a historian of science who researches Caroline Herschel, believes that Caroline understood the cultural expectations imposed upon her and was, therefore, able to carefully present her discoveries in a manner seen as non-threatening to her contemporary scientific community.[4] As such, she enjoyed correspondence with and support from Britain’s scientific elite, as long as she maintained ‘feminine humility.’

It is the historian’s challenge to walk the line between acknowledging the women who have made significant contributions in the history of science, while simultaneously recognizing that the amount and significance of these contributions were hampered by the social, political, and economic barriers of their respective cultures. How, then, to remember Caroline Herschel? She was both an assistant to her eminent brother and a scientist in her own right. It does her no justice to elevate her accomplishments beyond those of the “typical” woman, in doing so ignores the various barriers to both her success and the potential success of her fellow early modern women. Yet nor should we attempt to obscure her behind the accomplishments of her esteemed brother, passing off her contributions as ancillary to his. We historians should do our best to honestly represent Caroline and women like her, recognizing that “great women” often achieved greatness through proximity to “greater” male relatives, but that the reason this is the case is complex, and rooted in the history of social and institutional gender barriers. This approach bears more valuable and interesting information about the experiences of women in science, and it is there that lies the potential to apply what we can learn from history to the present.

Emily Winterburn, “Learned modesty and the first lady’s comet: a commentary on Caroline Herschel (1787) ‘An account of a new comet’”, Philosophical Transactions of the Royal Society A vol 373, no. 2039 (Mar. 2015).

Heidarzadeh, T. (2008). A History of Physical Theories of Comets, From Aristotle to Whipple. New York: Springer.

[2] Putti (plural) is an art historical term for depictions of babies or cherubs, very commonly found in Renaissance and Early Modern artwork.

An abridged version of this essay was published by the American Astronomical Society on March 30, 2018.