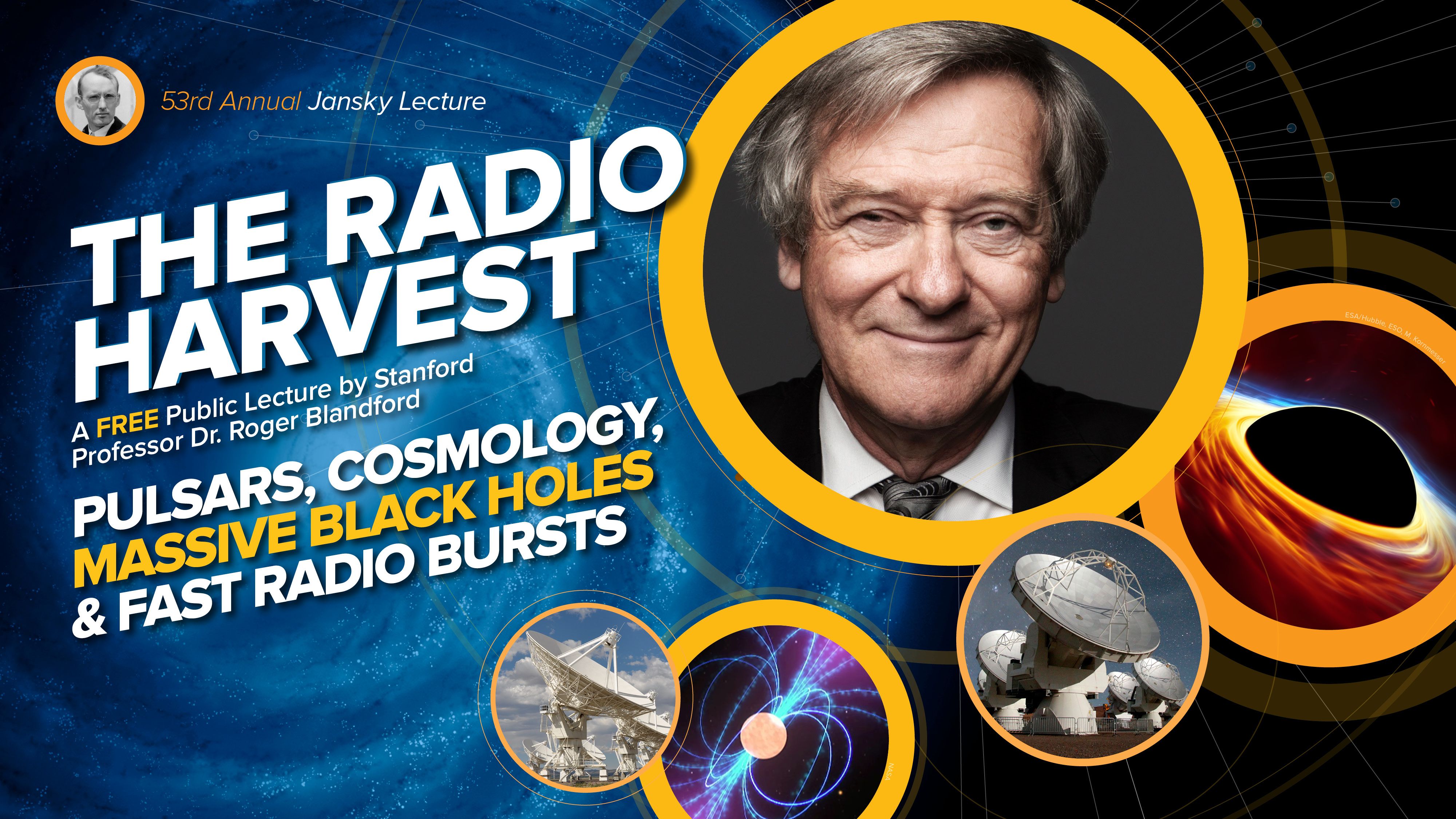 Associated Universities, Inc. (AUI), and the National Radio Astronomy Observatory (NRAO) have awarded the 2018 Karl G. Jansky Lectureship to Professor Roger D. Blandford of Stanford University. The Jansky Lectureship is an honor established by the trustees of AUI to recognize outstanding contributions to the advancement of radio astronomy.

Professor Blandford has made many theoretical contributions to radio astronomy. In particular, he, along with younger colleagues, developed the basic theory behind the formation and propagation of cosmic jets of plasma propelled at nearly the speed of light. He has received many prizes and awards and is arguably the outstanding theoretical astrophysicist in the U.S.

A native of England, Blandford earned his B.A., M.A., and Ph.D degrees at Cambridge University. He held postdoctoral positions at Cambridge, Princeton, and Berkeley before joining the faculty at Caltech, where he taught astronomy and physics for more than 25 years. In 2003, he moved to Stanford to become the first Director of the Kavli Institute for Particle Astrophysics and Cosmology. His research interests cover many aspects of radio astronomy involving quasars, pulsars and supernova remnants, as well as cosmology, using gravitational lensing and the cosmic microwave background.

Note: This is one of three events at different locations. As Jansky Lecturer, Blandford will speak at NRAO facilities in Charlottesville, Virginia; Socorro, New Mexico; and at the Green Bank Observatory in West Virginia. These lectures are open to the public.