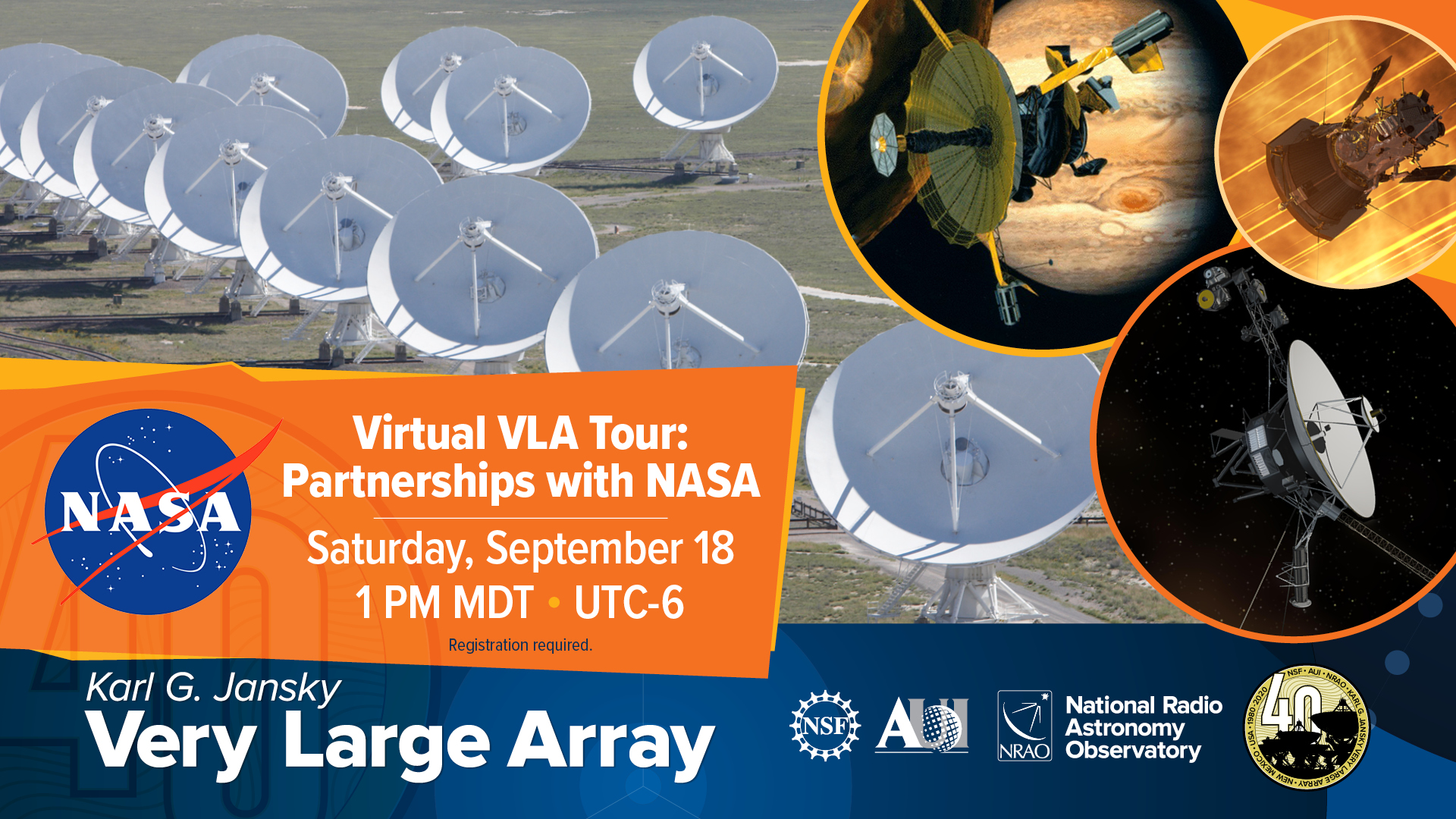 NRAO operates some of the most scientifically productive telescopes on Earth, but did you know that we occasionally partner with NASA to better understand our Solar System? The Very Large Array (VLA) has provided vital instrumentation from receiving the radio signal from NASA’s Voyager 2 spacecraft as it performed its Neptune flyby in 1989 to radar mapping the surface of Mercury in 1991 by detecting the reflected radio signal sent from NASA’s Goldstone antenna, a part of the Deep Space Network (DSN).  Currently, the VLA is performing simultaneous observations of the Sun’s outer atmosphere with NASA’s Parker Solar Probe as its passes through the solar corona. Looking to the future, NRAO will play a role in NASA’s return to the Moon via the Artemis Program by developing a specialized radio receiver and high-frequency antennas for the Dark Ages Polarimetry Pathfinder (DAPPER) spacecraft, which will be put into low lunar orbit to search for faint radio signals from the early universe.

Join us for a virtual tour followed by Q&A with several guest experts as we highlight some of our exciting partnerships with NASA.

This event will take place on Zoom. Registration is required.