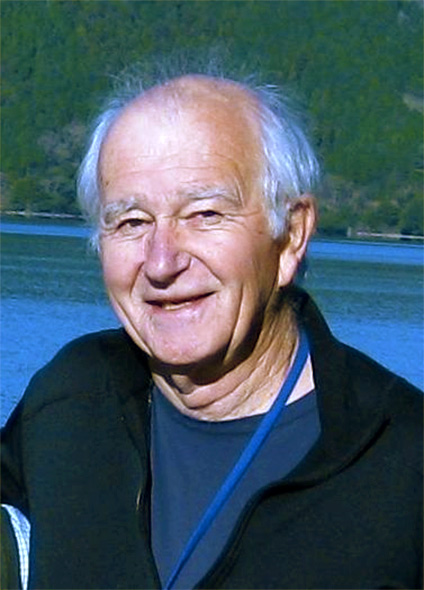 Associated Universities, Inc. (AUI), and the National Radio Astronomy Observatory (NRAO) have awarded the 2015 Karl G. Jansky Lectureship to Dr. Nick Z. Scoville of the California Institute of Technology (Caltech). The Jansky Lectureship is an honor established by the trustees of AUI to recognize outstanding contributions to the advancement of radio astronomy.

Scoville leads the Cosmic Evolution Survey (COSMOS), a project that uses data from virtually every large space- and ground-based telescope, including the NRAO’s Very Large Array, to study the large-scale structure of the Universe and the evolution of galaxies over a vast range of cosmic time. Begun in 2004 with a large allocation of observing time on the Hubble Space Telescope, COSMOS now has detected more than a million galaxies spanning cosmic time back to the first billion years of the Universe. He is currently using the new Atacama Large Millimeter Array (ALMA) to investigate the evolution of star formation in the early Universe and colliding starburst galaxies nearby.

A professor at Caltech since 1983, Scoville received his Ph.D. from Columbia University in 1972. He was a pioneer in millimeter-wave astronomy and is a leading expert in studies of galaxy evolution, the nature of the dense interstellar molecular gas in galaxies, and in the process of star formation, both in the nearby and in the distant, early Universe. He is a past director of Caltech’s Owens Valley Radio Observatory, and has served on numerous national committees. In his spare time, he enjoys doing sculptural welding projects.

Author of more than 600 publications in both observational and theoretical astrophysics, Scoville’s previous awards include a Guggenheim Fellowship, the Aaronson Award of the University of Arizona, and serving as Bishop Lecturer at Columbia University.

As Jansky Lecturer, Scoville will give lectures at NRAO facilities in Charlottesville, Virginia; Green Bank, West Virginia; and Socorro, New Mexico. These lectures are open to the public.

This is the fiftieth Jansky Lectureship. First awarded in 1966, it is named in honor of the man who, in 1932, first detected radio waves from a cosmic source. Karl Jansky’s discovery of radio waves from the central region of the Milky Way started the science of radio astronomy. Other recipients of the Jansky award include seven Nobel laureates (Drs. Subrahmanyan Chandrasekhar, Edward Purcell, Charles Townes, Arno Penzias, Robert Wilson, William Fowler, and Joseph Taylor) as well as Jocelyn Bell-Burnell, discoverer of the first pulsar, and Vera Rubin, discoverer of dark matter in galaxies.