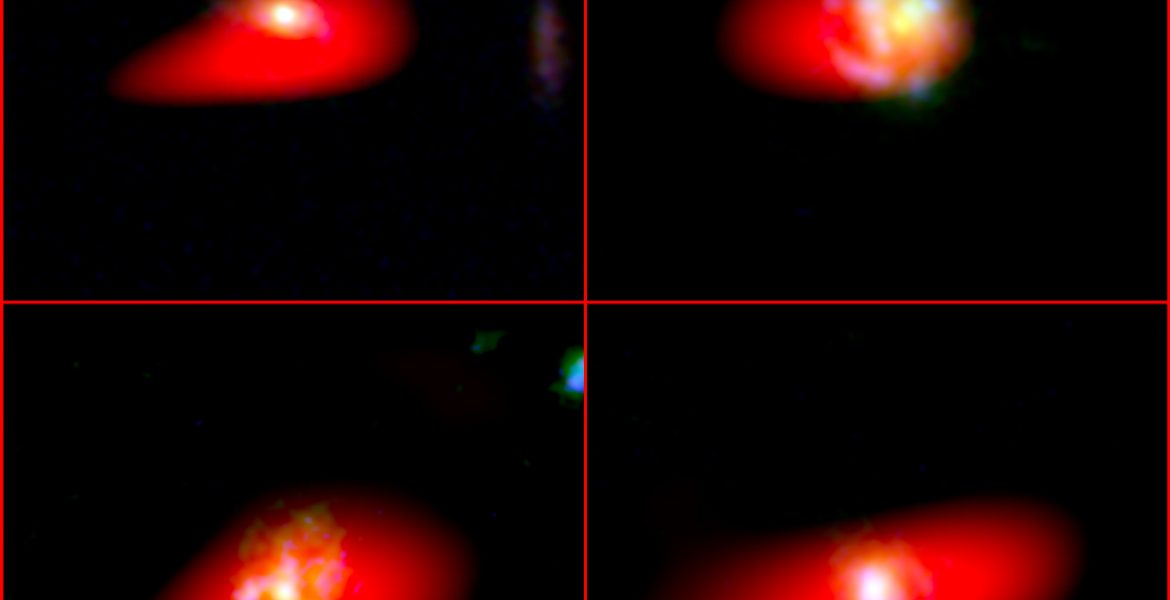 Spiral galaxies like our own Milky Way were not always the well-ordered, pinwheel-like structures we see in the universe today. Astronomers believe that about 8-10 billion years ago, progenitors of the Milky Way and similar spiral galaxies were smaller, less organized, but amazingly rich in star-forming material; so much so, that they would have been veritable star factories, churning out new stars faster than at any other point in their lifetimes. Now, astronomers using the Atacama Large Millimeter/submillimeter Array (ALMA) have found evidence to support this view. By studying four very young versions of galaxies like the Milky Way as they were seen approximately 9 billion years ago, the astronomers discovered that each galaxy was incredibly rich in carbon monoxide gas, a well-known tracer of star-forming gas. “We used ALMA to detect adolescent versions of the Milky Way and found that such galaxies do indeed have much higher amounts of molecular gas, which would fuel rapid star formation,” said Casey Papovich, an astronomer at Texas A&M University in College Station and lead author on a paper appearing in Nature Astronomy. “I liken these galaxies to an adolescent human who consumes prodigious amounts of food to fuel their own growth during their teenage years.” Though the relative abundance of star-forming gas is extreme in these galaxies, they are not yet fully formed and rather small compared to the Milky Way as we see it today. The new ALMA data indicate that the vast majority of the mass in these galaxies is in cold molecular gas rather than in stars. These observations, the astronomers note, are helping build a complete picture of how matter in Milky-Way-size galaxies evolved and how our own galaxy formed. 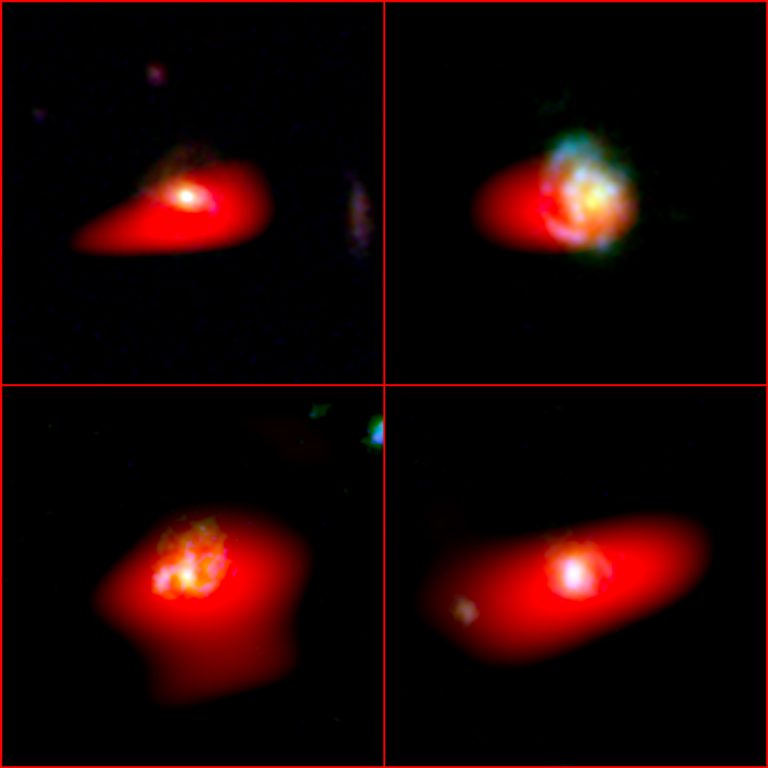 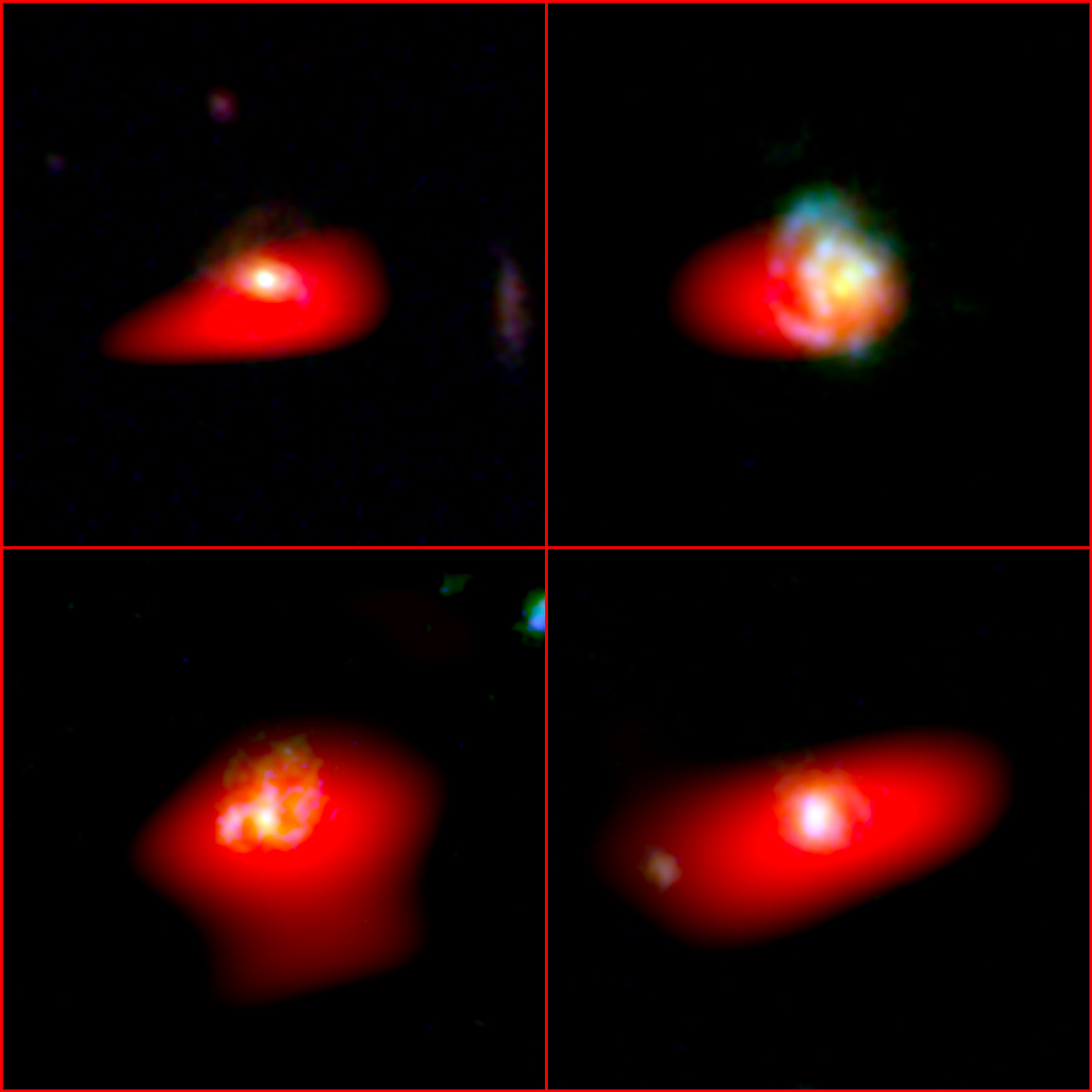