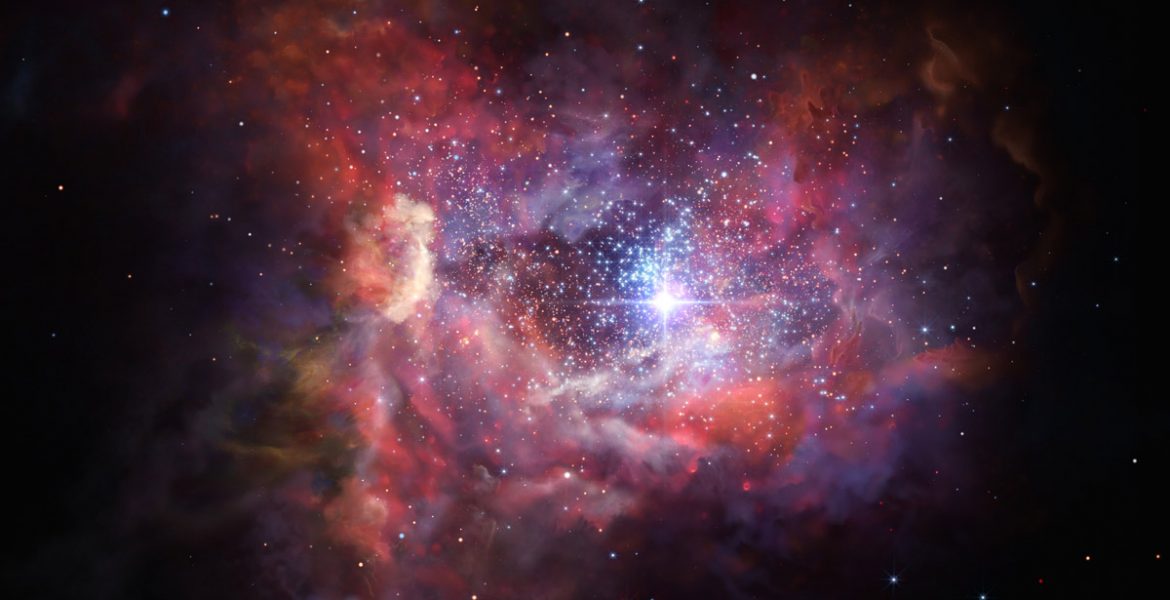 Astronomers have used ALMA to detect a huge mass of glowing stardust in a galaxy seen when the Universe was only four percent of its present age. This galaxy was observed shortly after its formation and is the most distant galaxy in which dust has been detected. This observation is also the most distant detection of oxygen in the Universe. These new results provide brand-new insights into the birth and explosive deaths of the very first stars.

An international team of astronomers, led by Nicolas Laporte of University College London, have used the Atacama Large Millimeter/submillimeter Array (ALMA) to observe A2744_YD4, the youngest and most remote galaxy ever seen by ALMA. They were surprised to find that this youthful galaxy contained an abundance of interstellar dust — dust formed by the deaths of an earlier generation of stars.

Follow-up observations using the X-shooter instrument on ESO’s Very Large Telescope confirmed the enormous distance to A2744_YD4. The galaxy appears to us as it was when the universe was only 600 million years old, during the period when the first stars and galaxies were forming.

“Not only is A2744_YD4 the most distant galaxy yet observed by ALMA,” comments Nicolas Laporte, “but the detection of so much dust indicates early supernovae must have already polluted this galaxy.”

Cosmic dust is mainly composed of silicon, carbon and aluminum, in grains as small as a millionth of a centimeter across. The chemical elements in these grains are forged inside stars and are scattered across the cosmos when the stars die, most spectacularly in supernova explosions, the final fate of short-lived, massive stars. Today, this dust is plentiful and is a key building block in the formation of stars, planets and complex molecules; but in the early universe — before the first generations of stars died out — it was scarce.

The observations of the dusty galaxy A2744_YD4 were made possible because this galaxy lies behind a massive galaxy cluster called Abell 2744. Because of a phenomenon called gravitational lensing, the cluster acted like a giant cosmic “telescope” to magnify the more distant A2744_YD4 by about 1.8 times, allowing the team to peer far back into the early universe.

The ALMA observations also detected the glowing emission of ionized oxygen from A2744_YD4. This is the most distant, and hence earliest, detection of oxygen in the Universe, surpassing another ALMA result from 2016.

The detection of dust in the early universe provides new information on when the first supernovas exploded and hence the time when the first hot stars bathed the universe in light. Determining the timing of this “cosmic dawn” is one of the holy grails of modern astronomy, and it can be indirectly probed through the study of early interstellar dust.

“This rate is not unusual for such a distant galaxy, but it does shed light on how quickly the dust in A2744_YD4 formed,” explains Richard Ellis (ESO and University College London), a co-author of the study. “Remarkably, the required time is only about 200 million years — so we are witnessing this galaxy shortly after its formation.”

This means that significant star formation began approximately 200 million years before the epoch at which the galaxy is being observed. This provides a great opportunity for ALMA to help study the era when the first stars and galaxies “switched on” — the earliest epoch yet probed. Our Sun, our planet and our existence are the products — 13 billion years later — of this first generation of stars. By studying their formation, lives and deaths, we are exploring our origins.

“With ALMA, the prospects for performing deeper and more extensive observations of similar galaxies at these early times are very promising,” says Ellis.

And Laporte concludes: “Further measurements of this kind offer the exciting prospect of tracing early star formation and the creation of the heavier chemical elements even further back into the early Universe.”

This research was presented in a paper entitled “Dust in the Reionization Era: ALMA Observations of a z =8.38 Gravitationally-Lensed Galaxy” by Laporte et al., to appear in The Astrophysical Journal Letters. 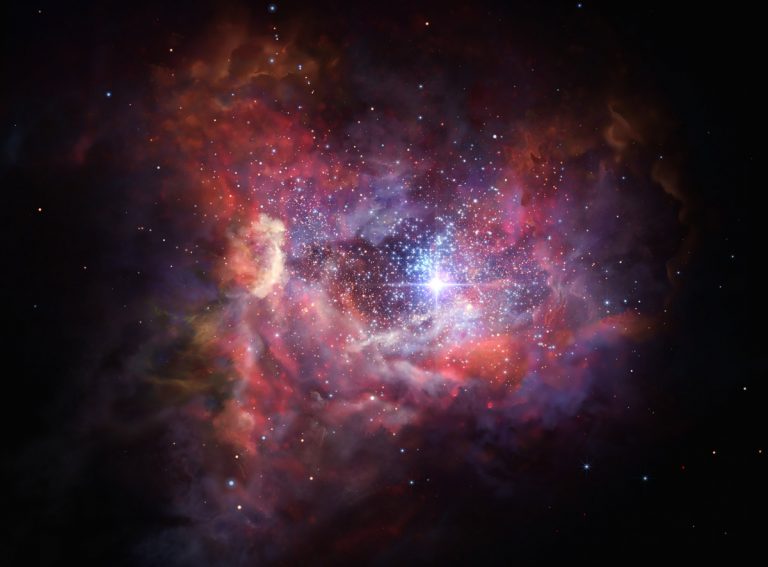 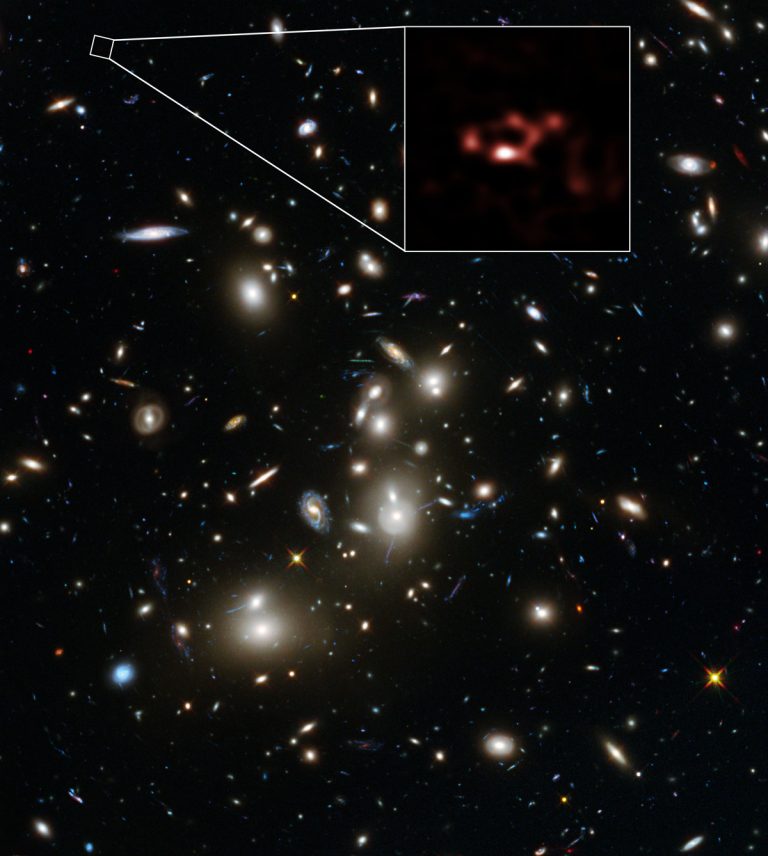 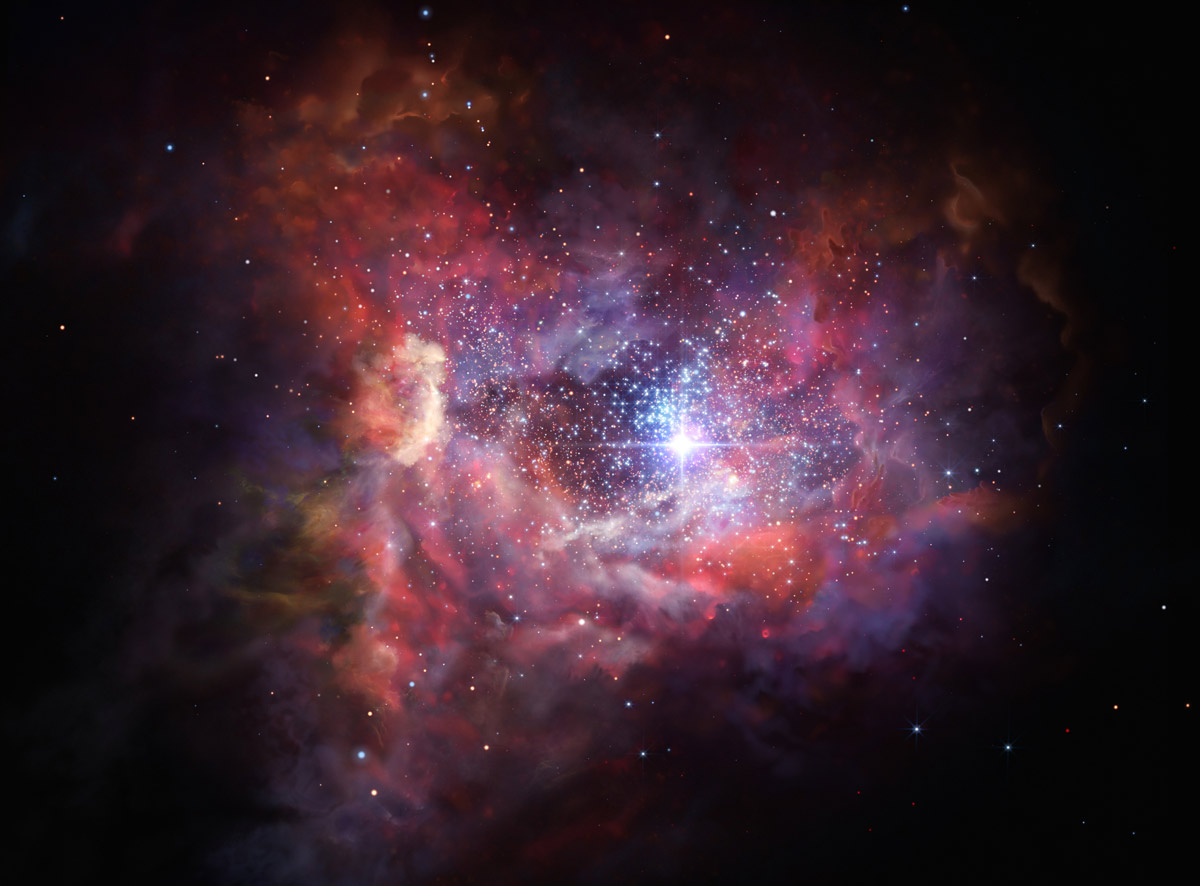 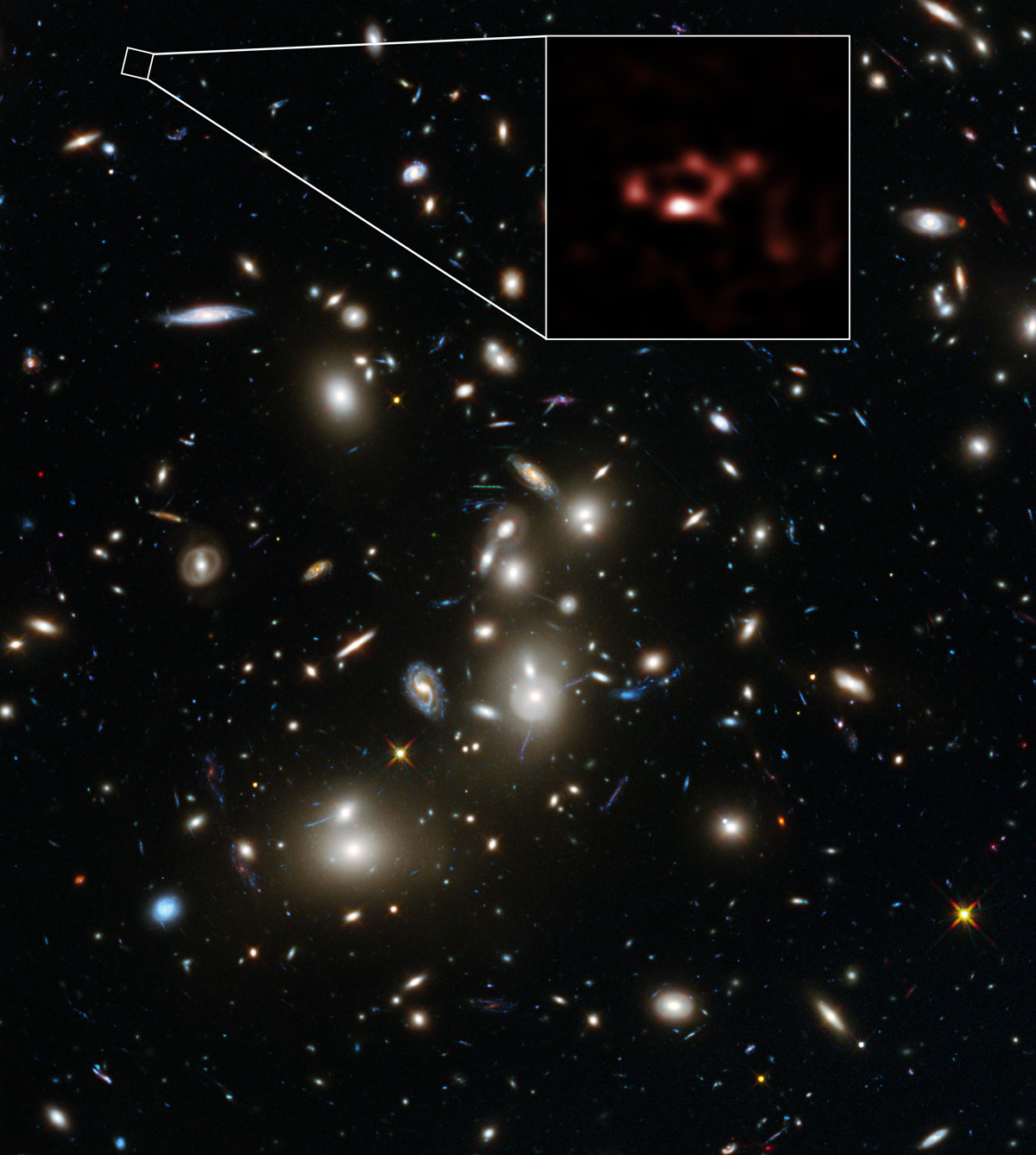