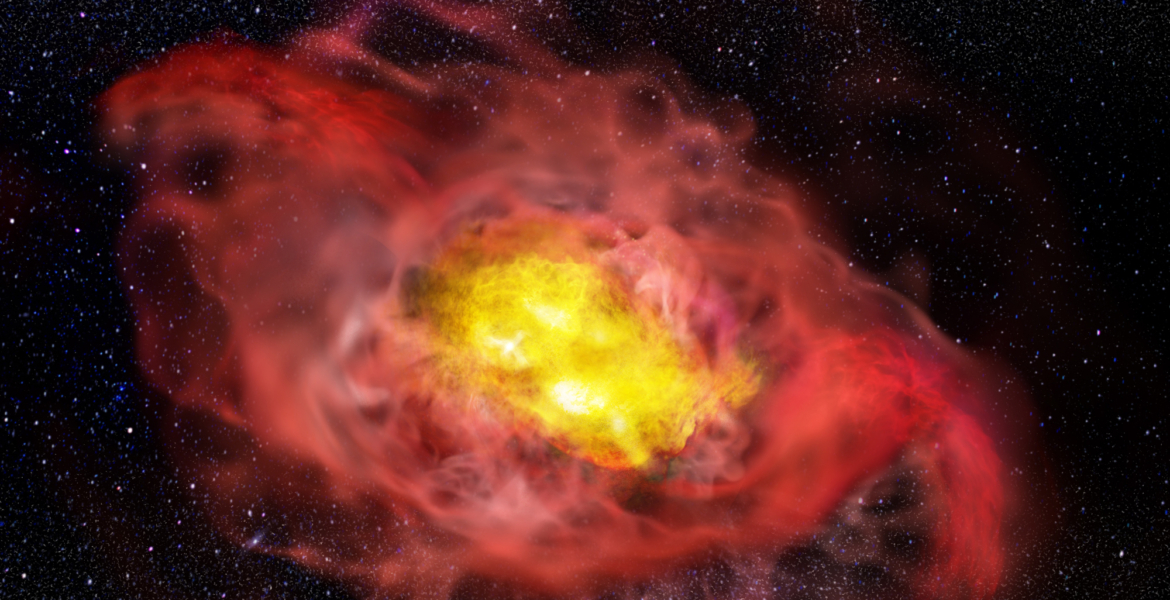 Scientists using the Atacama Large Millimeter/submillimeter Array (ALMA)— an international observatory co-operated by the US National Science Foundation’s National Radio Astronomy Observatory (NRAO)—have observed a significant amount of cold, neutral gas in the outer regions of the young galaxyGalaxyA large body of gas, dust, stars, and their companions (Planets, asteroids, moons, etc.) held together by their mutual gravitational attraction. They are grouped into three main categories: spiral galaxies, elliptical galaxies, and irregular galaxies. (see below) Another class of galaxies is peculiar galaxies, which are thought to be distorted versions of normal galaxies. A1689-zD1, as well as outflows of hot gas coming from the galaxy’s center. These results may shed light on a critical stage of galactic evolution for early galaxies, where young galaxies begin the transformation to be increasingly like their later, more structured cousins. The observations were presented today in a press conference at the 240th meeting of the American Astronomical Society (AAS) in Pasadena, California, and will be published in an upcoming edition of The Astrophysical Journal (ApJ).

A1689-zD1— a young, active, star-forming galaxy that is slightly less luminous and less massive than the Milky Way— is located roughly 13 billion light-yearsLight-yearsThe distance that light travels in one year in a vacuum. One light year is equivalent to about six trillion miles. away from Earth in the Virgo constellation cluster. It was discovered hiding out behind the Abell 1689 galaxy cluster in 2007 and confirmed in 2015 thanks to gravitational lensing, which amplified the brightness of the young galaxy by more than 9x. Since then, scientists have continued to study the galaxy as a possible analog for the evolution of other “normal” galaxies. That label— normal— is an important distinction that has helped researchers divide A1689-zD1’s behaviors and characteristics into two buckets: typical and uncommon, with the uncommon characteristics mimicking those of later and more massive galaxies.

“A1689-zD1 is located in the very early Universe— only 700 million years after the Big Bang. This is the era where galaxies were just beginning to form,” said Hollis Akins, an undergraduate student in astronomy at Grinnell College and the lead author of the research. “What we’re seeing in these new observations is evidence of processes that may contribute to the evolution of what we call normal galaxies as opposed to massive galaxies. More importantly, these processes are ones we did not previously believe applied to these normal galaxies.”

One of these uncommon processes is the galaxy’s production and distribution of star-forming fuel, and potentially a lot of it. The team used ALMA’s highly-sensitive Band 6 receiver to home in on a halo of carbon gas that extends far beyond the center of the young galaxy. This could be evidence of ongoing star formation in the same region or the result of structural disruptions, such as mergers or outflows, in the earliest stages of the galaxy’s formation.

According to Akins, this is unusual for early galaxies. “The carbon gas we observed in this galaxy is typically found in the same regions as neutral hydrogen gas, which is also where new stars tend to form. If that is the case with A1689-zD1, the galaxy is likely much larger than previously thought. It’s also possible that this halo is a remnant of previous galactic activity, like mergers that exerted complex gravitational forces on the galaxy leading to the ejection of a lot of neutral gas out to these large distances. In either case, the early evolution of this galaxy was likely active and dynamic, and we’re learning that this may be a common, although previously unobserved, theme in early galaxy formation.”

More than just uncommon, the discovery could have significant implications for the study of galactic evolution, particularly as radio observations uncover details unseen at optical wavelengths. Seiji Fujimoto, a postdoctoral researcher at the Niels Bohr Institute’s Cosmic Dawn Center, and a co-author of the research said, “The emission from the carbon gas in A1689-zD1 is much more extended than what was observed with Hubble Space Telescope, and this could mean that early galaxies are not as small as they appear. If, in fact, early galaxies are larger than we previously believed this would have a major impact on the theory of galaxy formation and evolution in the early Universe.”

Led by Akins, the team also observed outflows of hot, ionized gas— commonly caused by violent galactic activity like supernovae—  pushing outward from the center of the galaxy. It’s possible, given their potentially explosive nature, that the outflows have something to do with the carbon halo. “Outflows occur as a result of violent activity, such as the explosion of supernovae— which blast nearby gaseous material out of the galaxy— or black holes in the centers of galaxies— which have strong magnetic effects that can eject material in powerful jets. Because of this, there’s a strong possibility that the hot outflows have something to do with the presence of the cold carbon halo,” said Akins. “And that further highlights the importance of the multiphase, or hot to cold, nature of the outflowing gas.”

Darach Watson, an associate professor at the Niels Bohr Institute’s Cosmic Dawn Center, and co-author of the new research confirmed A1689-zD1 as a high-redshift galaxy in 2015, making it the most distant dusty galaxy known. “We have seen this type of extended gas halo emission from galaxies that formed later in the Universe, but seeing it in such an early galaxy means that this type of behavior is universal even in the more modest galaxies that formed most of the stars in the early Universe. Understanding how these processes occurred in such a young galaxy is critical to understanding how star-formation happens in the early Universe.”

Kirsten Knudsen, a professor of astrophysics in the Department of Space, Earth, and Environment at Chalmers University of Technology, and co-author of the research found evidence of A1689-zD1’s dust continuum in 2017. Knudsen pointed out the serendipitous role of extreme gravitational lensing in making each new discovery in the research possible. “Because A1689-zD1 is magnified more than nine times, we can see critical details that are otherwise difficult to observe in ordinary observations of such distant galaxies. Ultimately, what we’re seeing here is that early Universe galaxies are very complex, and this galaxy will continue to present new research challenges and results for some time.”

Dr. Joe Pesce, NSF program officer for ALMA, added, “This fascinating ALMA research adds to a growing body of results indicating that things aren’t quite as we expected in the early Universe, but they are really interesting and exciting nonetheless!”

Spectroscopy and infrared observations of A1689-zD1 are planned for January 2023, using the NIRSpec Integral Field Unit (IFU) and NIRCam on the James Webb Space Telescope. The new observations will complement previous HST and ALMA data, offering a deeper and more complete multi-wavelength look at the young galaxy. 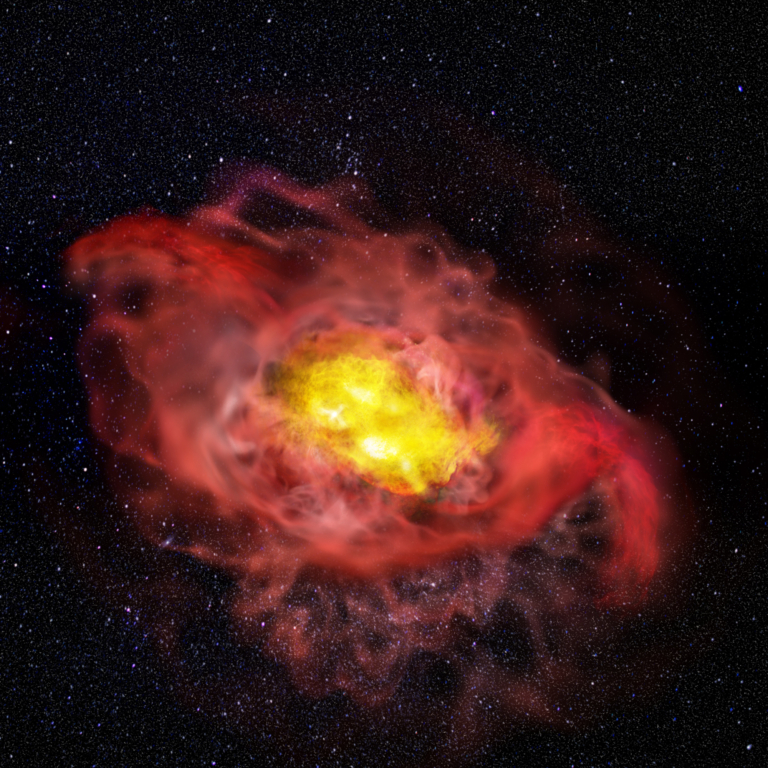 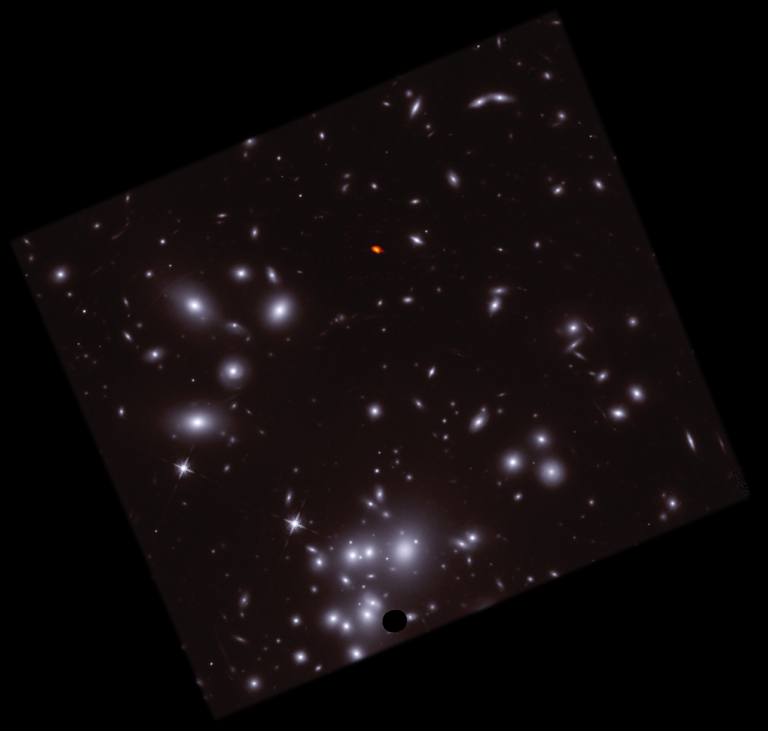 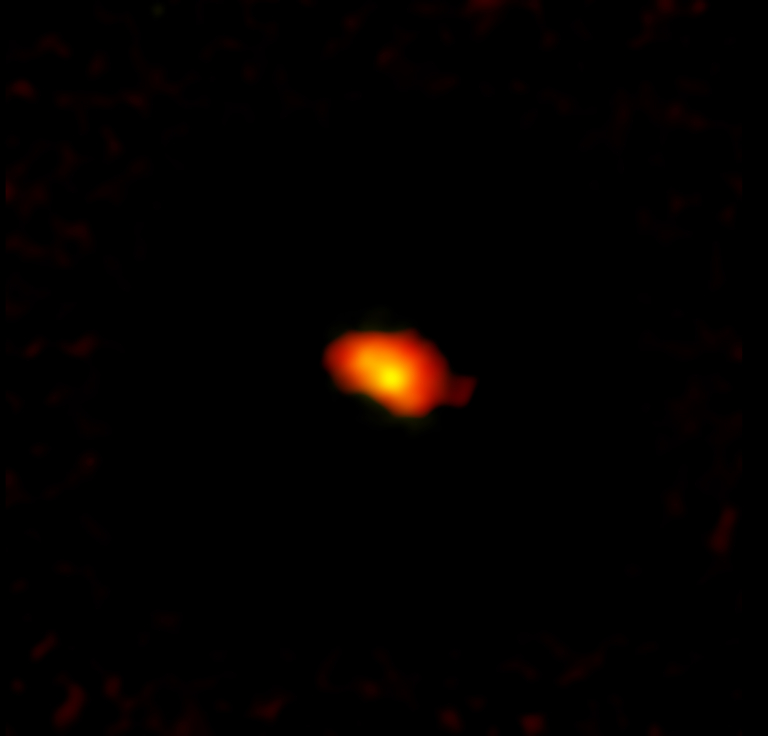 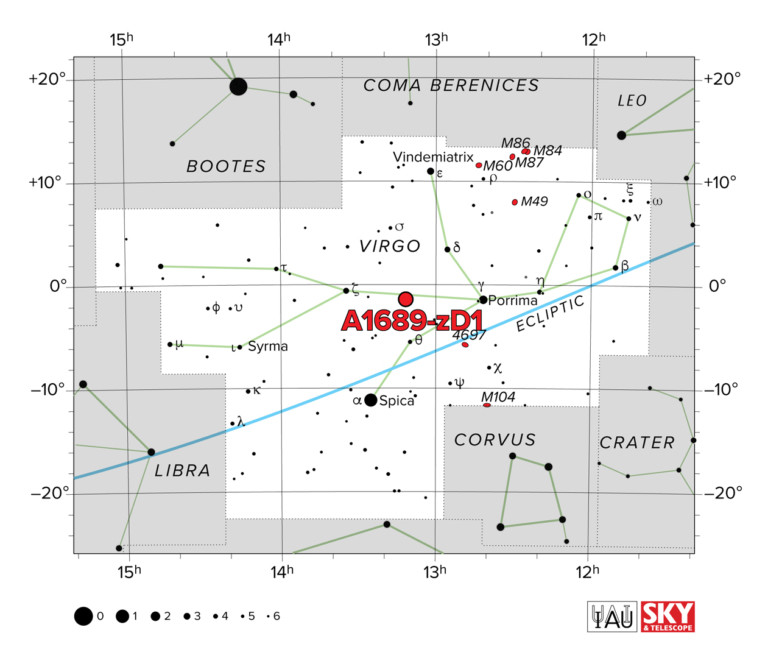 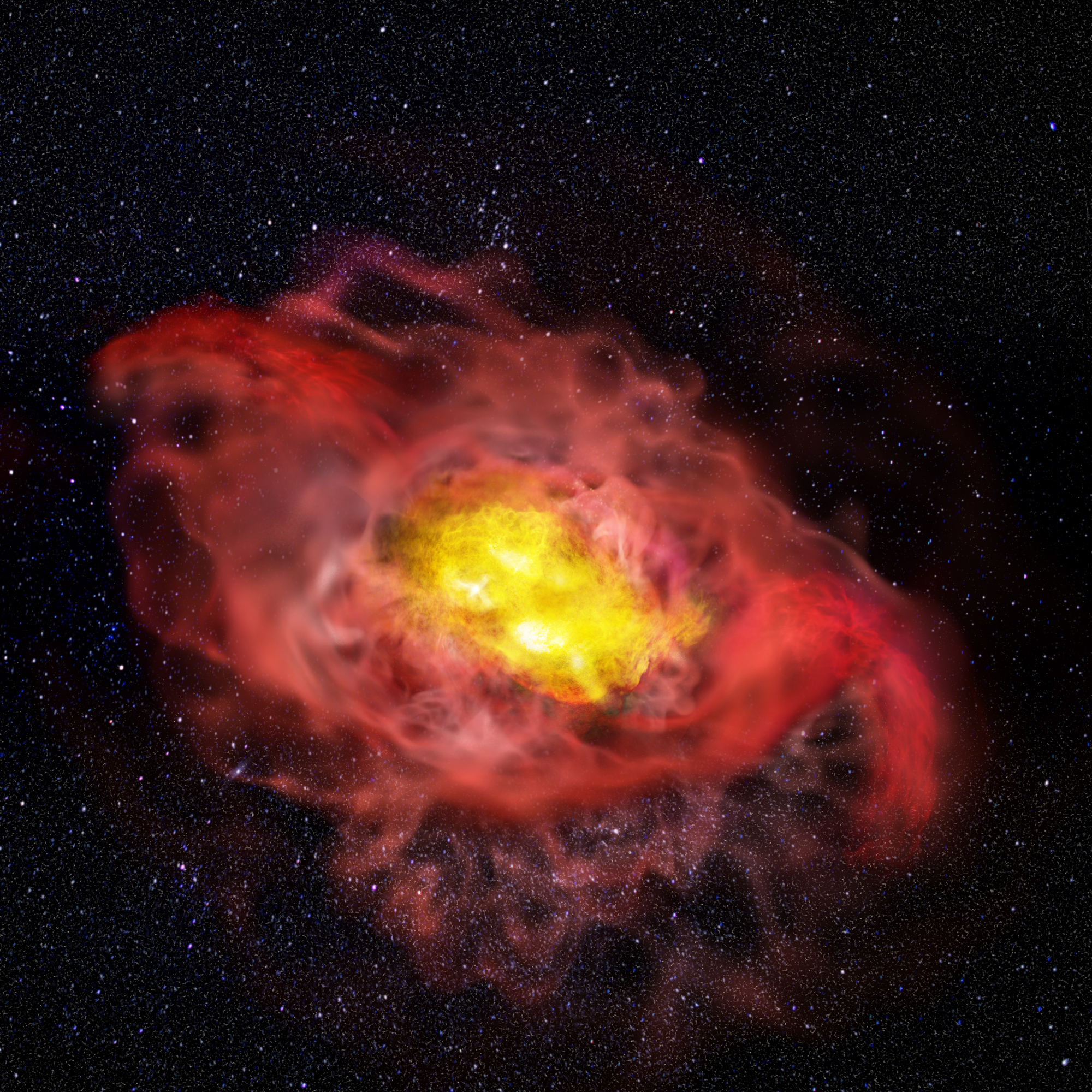 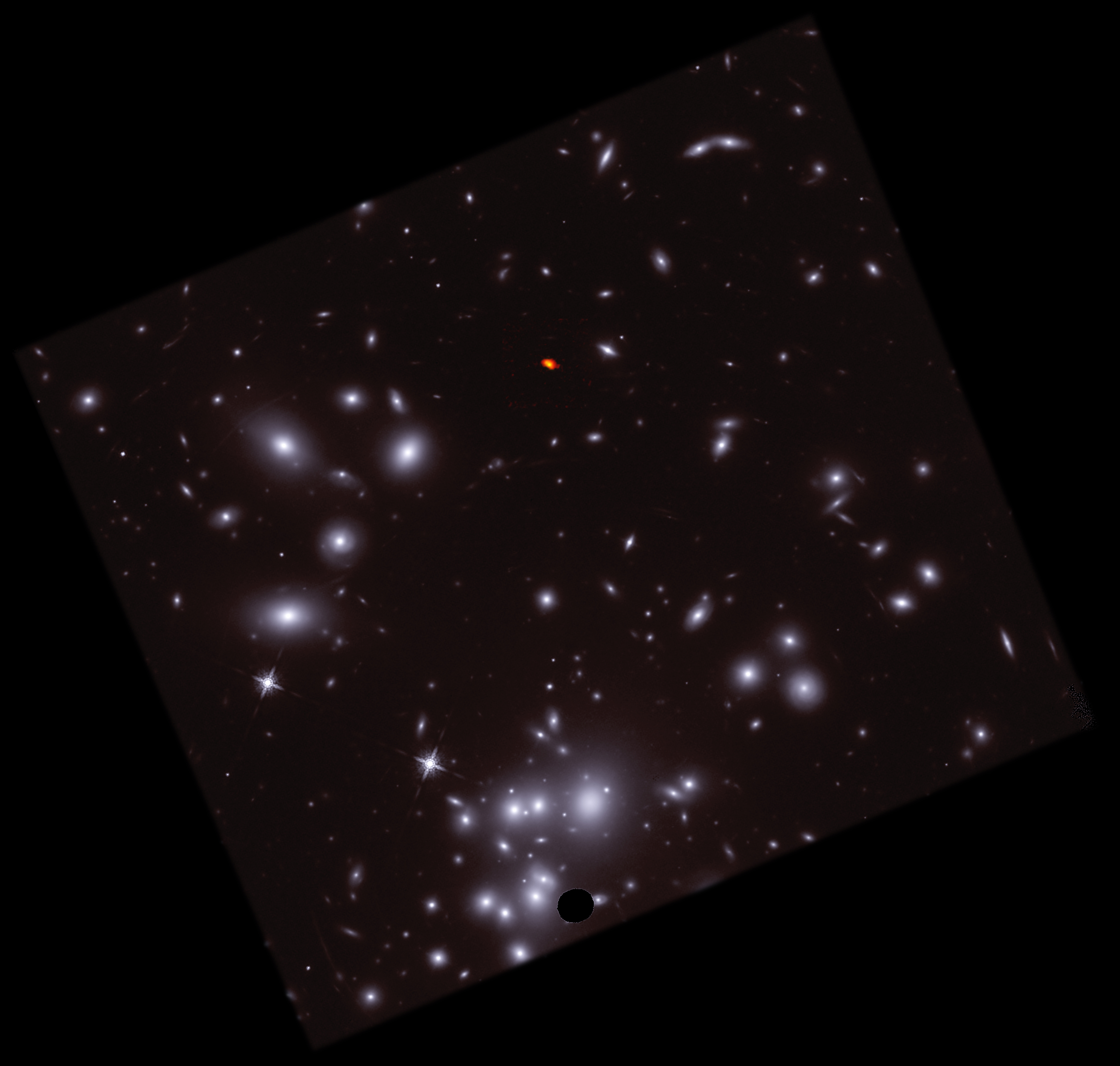 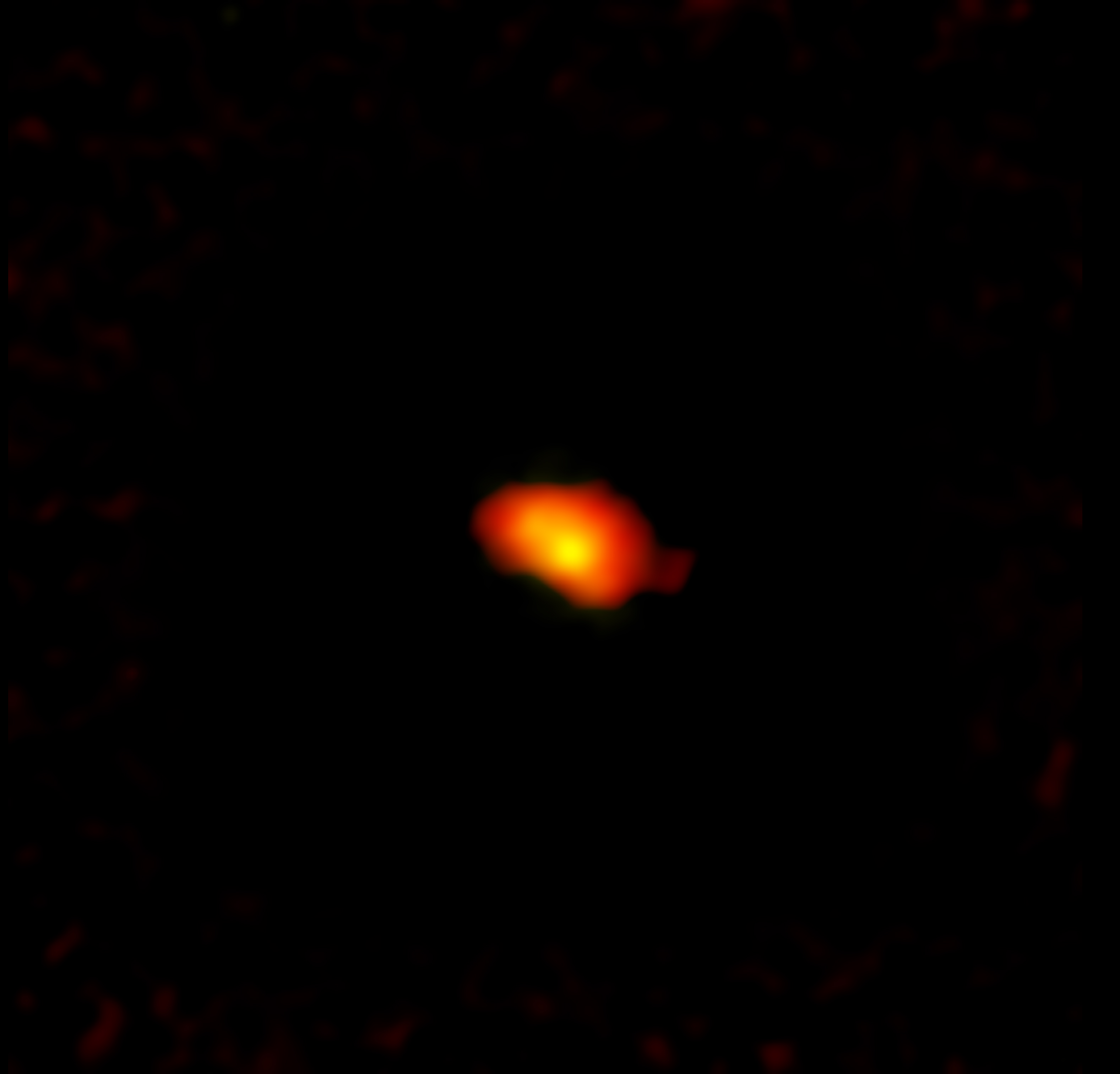 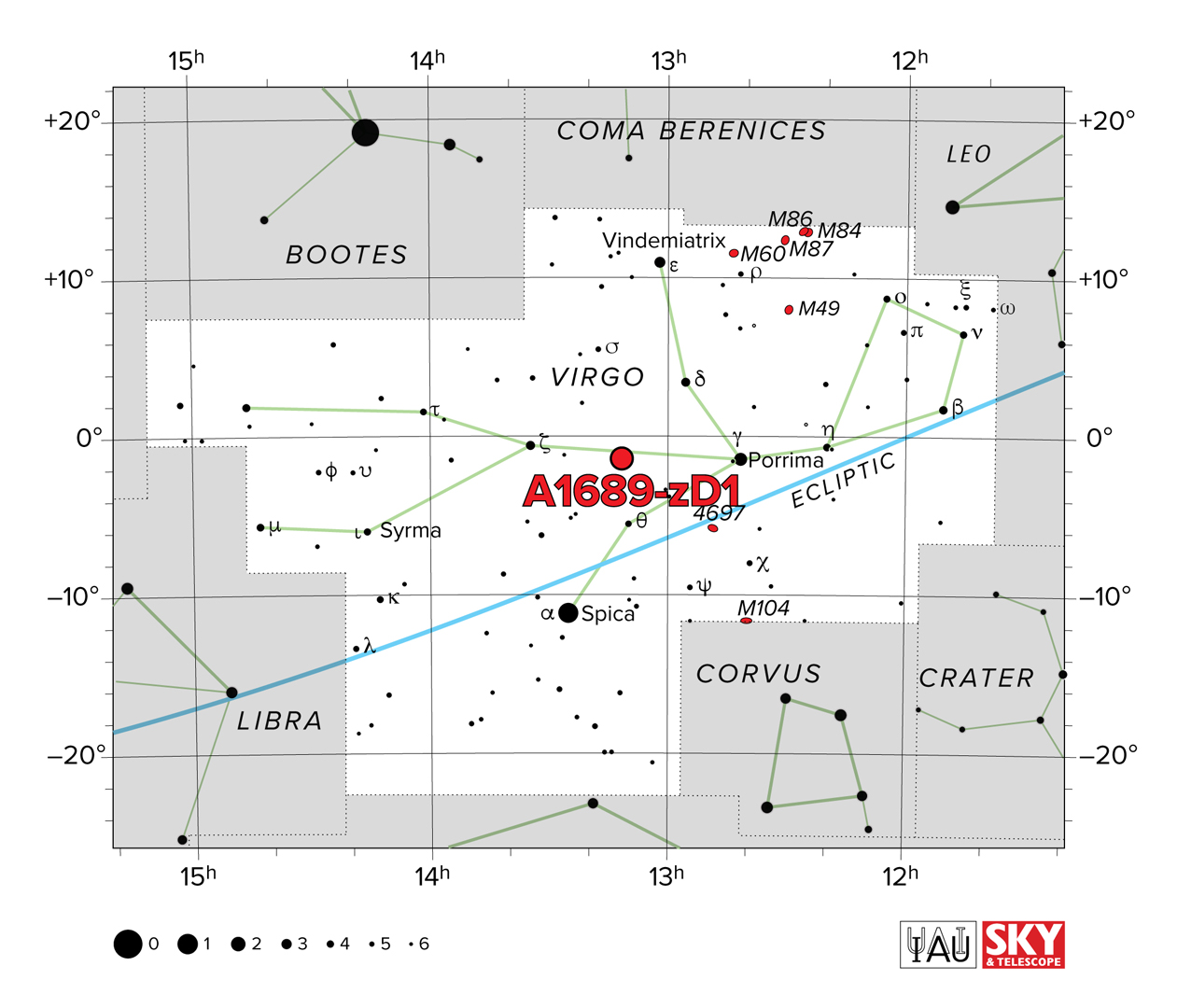