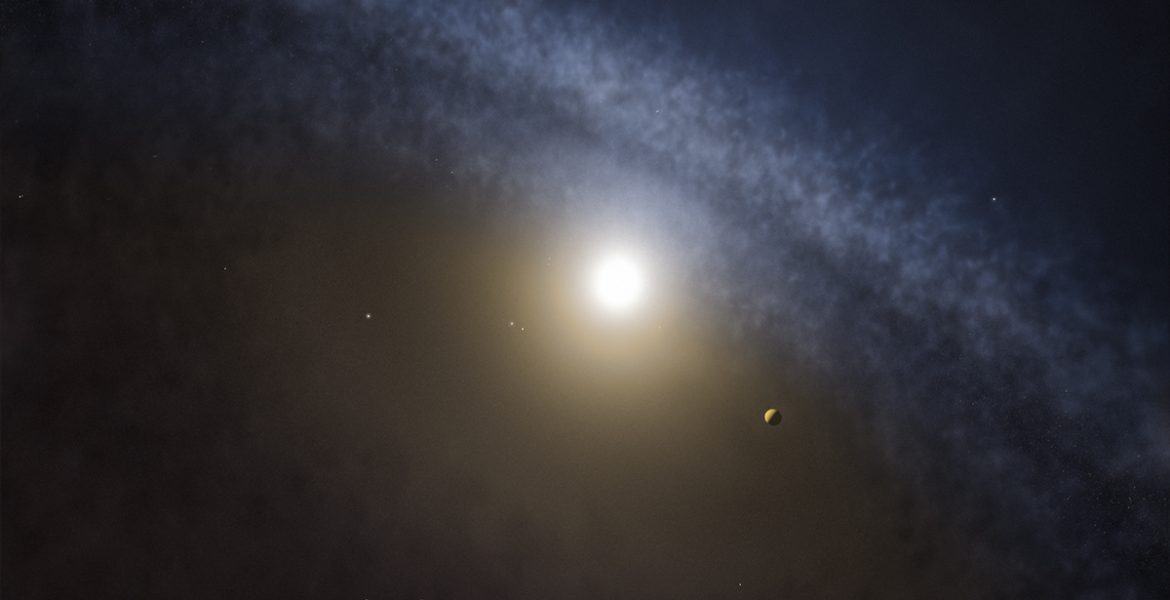 Astronomers using the Atacama Large Millimeter/submillimeter Array (ALMA) have found the clearest evidence yet that giant planets have recently formed around four young stars. These new worlds, each presumably several times more massive than Jupiter, were inferred by the telltale structures they produced in the disks of gas and dust that surround the stars.

Though planets appear remarkably plentiful in our Galaxy, astronomers still don’t fully understand how and under what conditions they form. To help answer these questions, scientists study the structure and composition of the planet-forming disks of dust and gas around young stars.

Certain disks, called transitional disks, have a surprising absence of dust at their centers, in the region around the star. Two main ideas have been put forward to explain these mysterious cavities. First, the strong stellar winds and intense radiation from the star could have blown away or simply destroyed the encircling gas and dust. Alternatively, massive young planets in the process of formation could have cleared the material as they orbit the star. Previous observations lacked the sensitivity and resolution to determine the most likely explanation.

With ALMA, however, the team of astronomers, led by Nienke van der Marel of Leiden Observatory, the Netherlands, was able to map the distribution of gas and dust in four of these transitional disks better than ever before.

The new ALMA images confirm that the dust-free zones of these disks are not empty, but instead contain significant amounts of gas. These gas-filled regions, the researchers discovered, also contain cavities that are up to three times smaller than the gaps observed in the dust. Such structures are best explained by the scenario in which newly formed massive planets have cleared the gas as they traveled around their orbits.

“Previous observations already hinted at the presence of gas inside the dust cavities,” explains Nienke van der Marel. “But as ALMA can image the material in the entire disk with much greater sharpness and depth than other facilities, we could rule out the alternative scenario. The deep gap points clearly to the presence of planets with several times the mass of Jupiter, creating these caverns as they sweep through the disk.”

Remarkably, these observations were conducted utilizing just one tenth of the current resolving power of ALMA, as they were performed while half of the array was still under construction on Chajnantor Plateau in northern Chile.

Further studies are now needed to determine whether more transitional disks also point toward this planet-clearing scenario, though ALMA’s observations have, in the meantime, provided astronomers with a valuable new insight into the complex process of planetary formation.

“We can now take these exquisite ALMA data and better understand the step-by-step process of planet formation in these disks of gas and dust,” says team member Sean Andrews with the Harvard-Smithsonian Center for Astrophysics. “I and other astronomers are excited to take an even better look at these regions with the full power of ALMA.”

This research was presented in the paper: “Resolved gas cavities in transitional disks inferred from CO isotopologs with ALMA”, by N. van der Marel, et al., to appear in Astronomy & Astrophysics in December 2015. 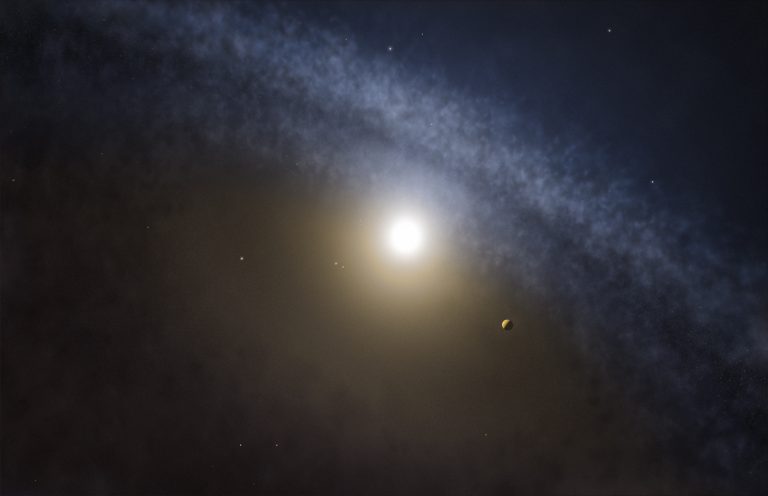 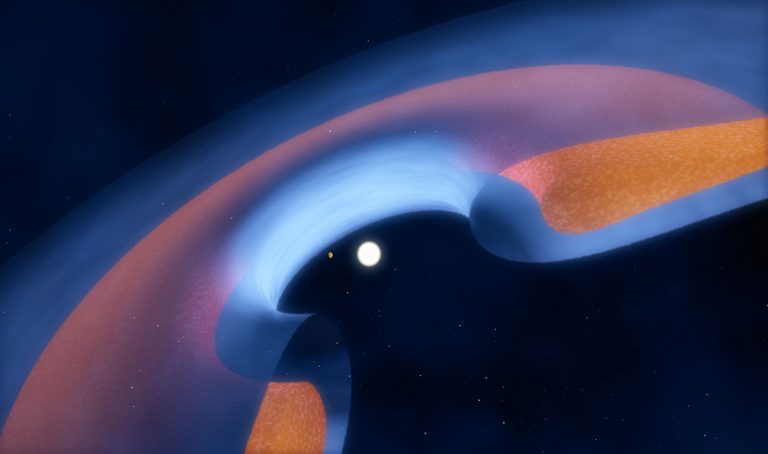 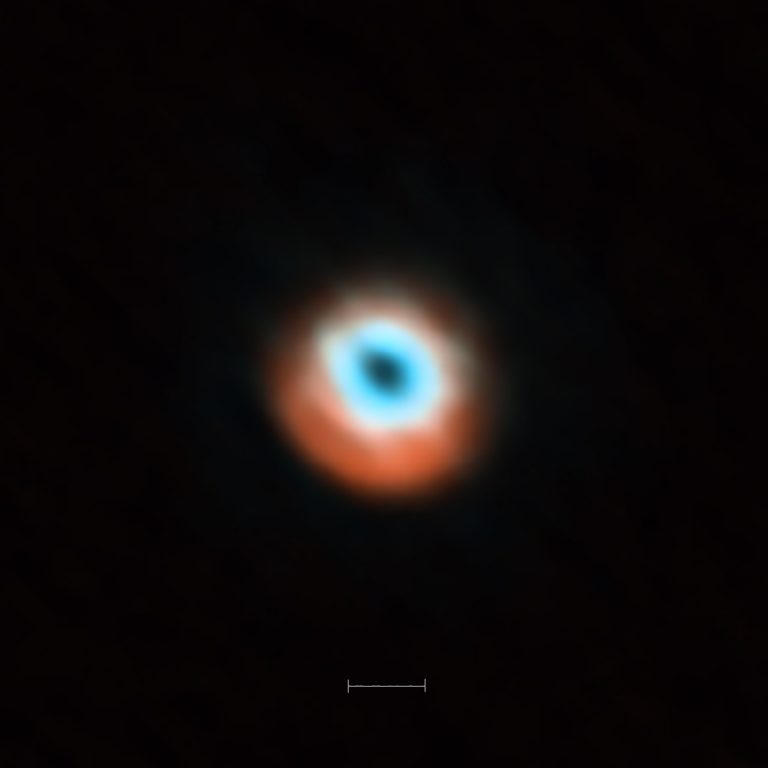 This ALMA image combines a view of the dust around the young star HD 135344B...Read More
Credit:  ALMA (ESO/NAOJ/NRAO) 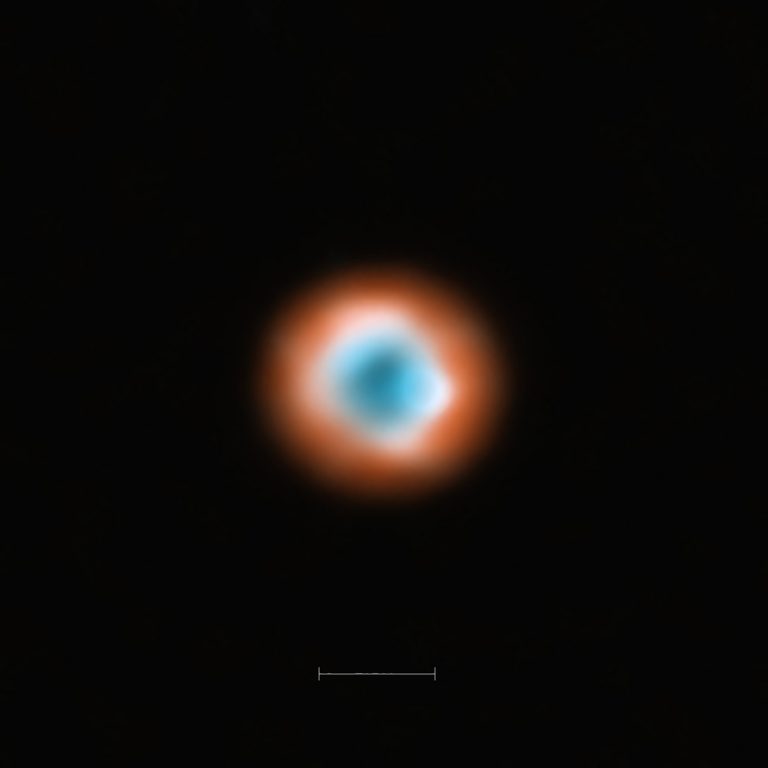 This ALMA image combines a view of the dust around the young star DoAr 44...Read More
Credit:  ALMA (ESO/NAOJ/NRAO) 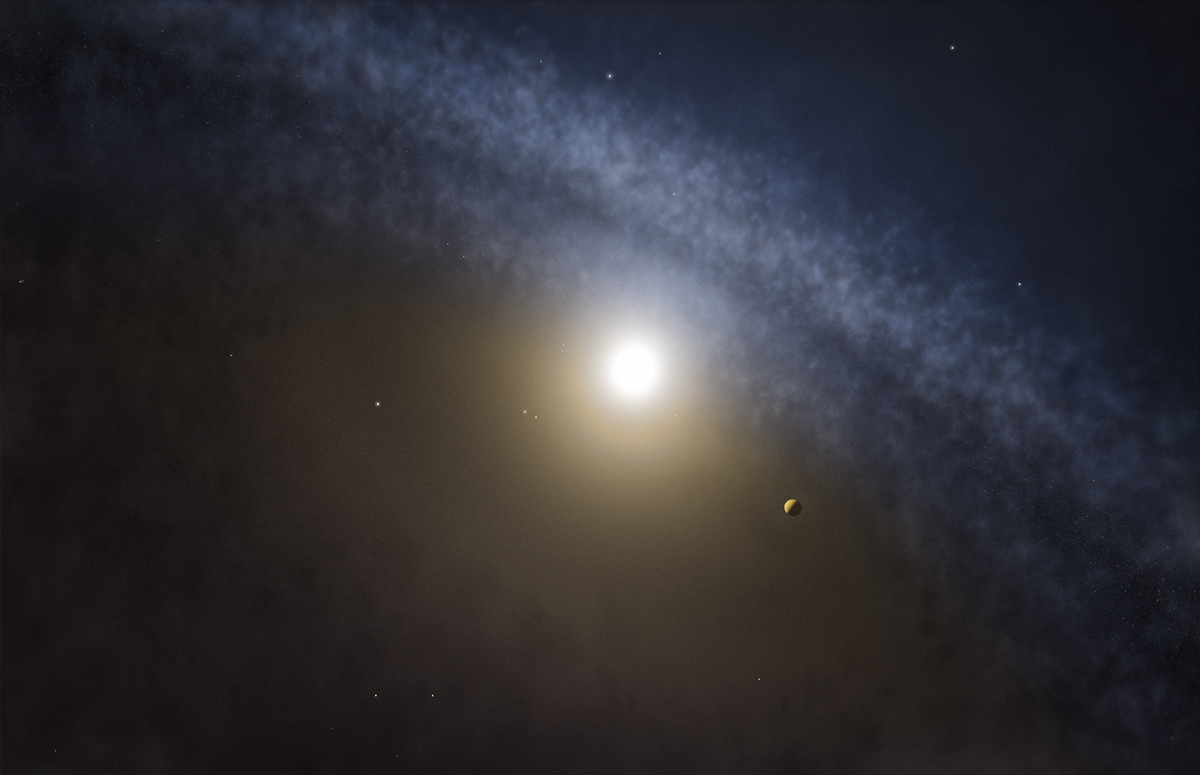 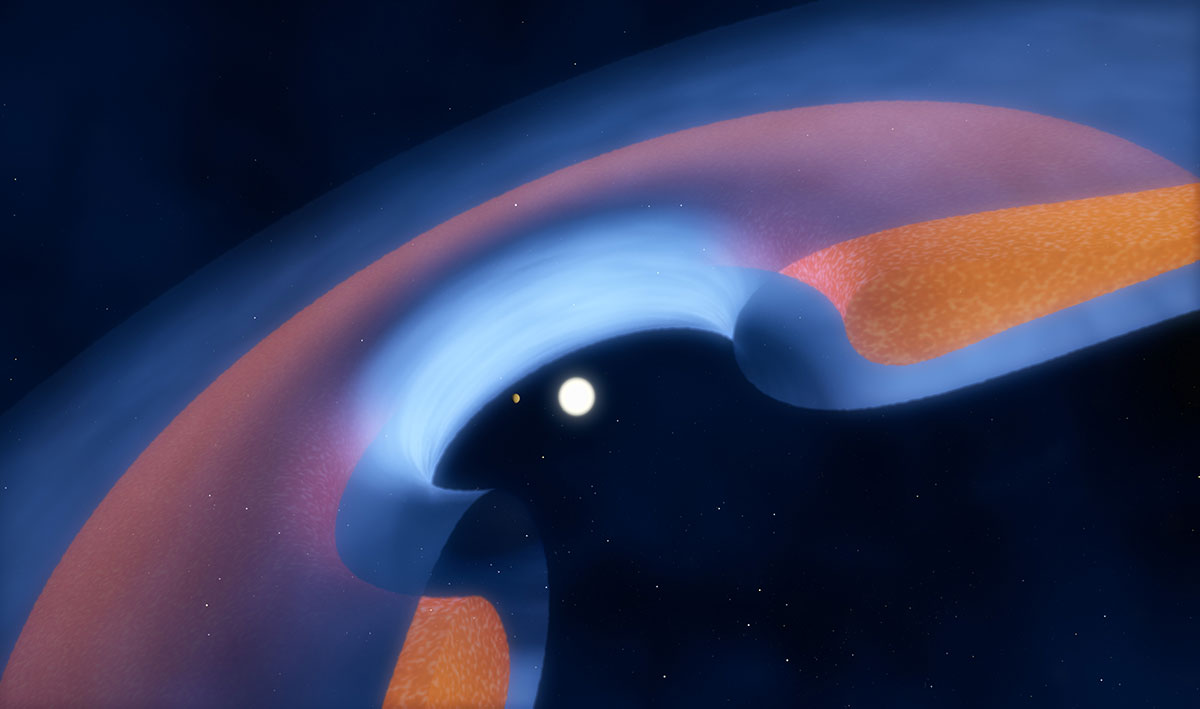 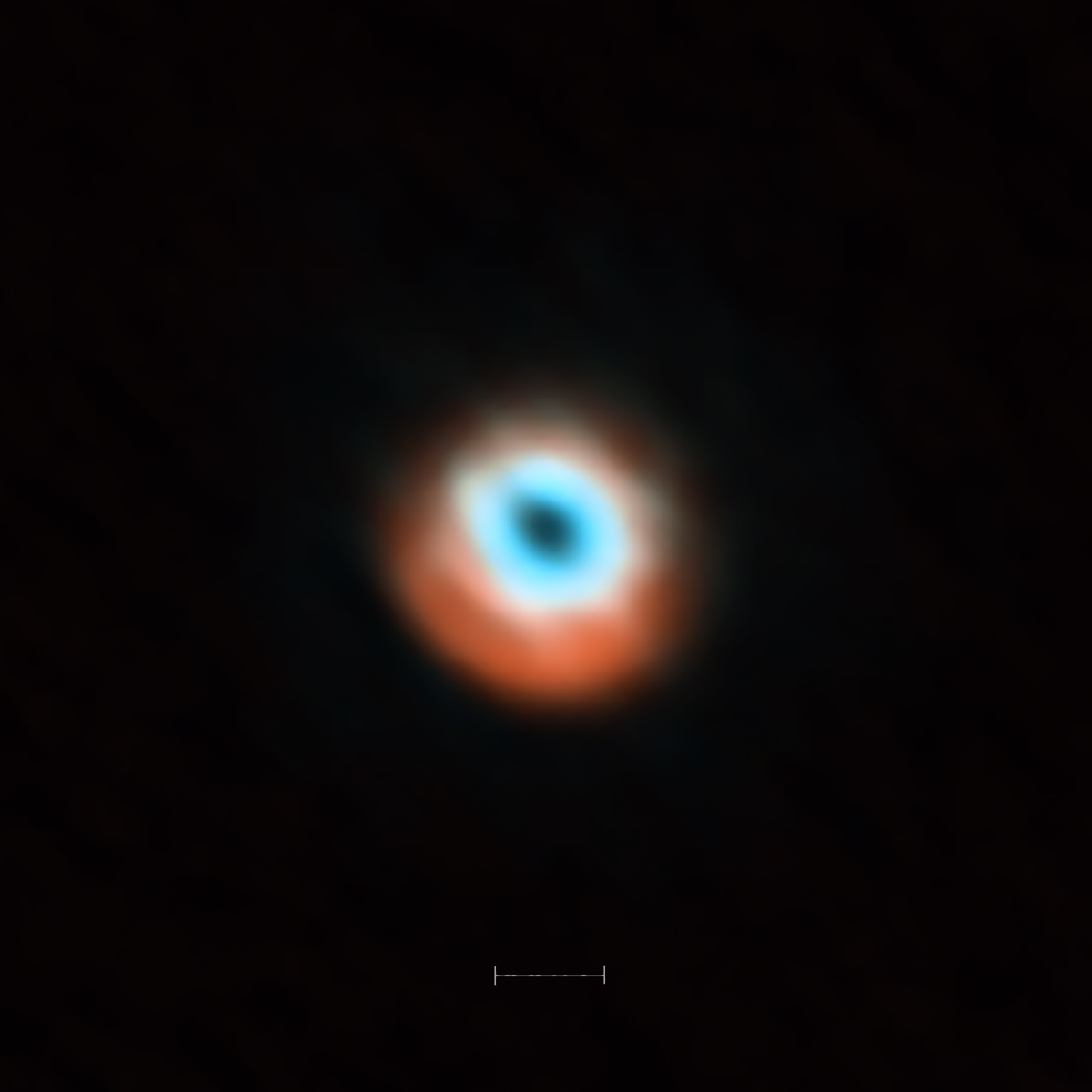 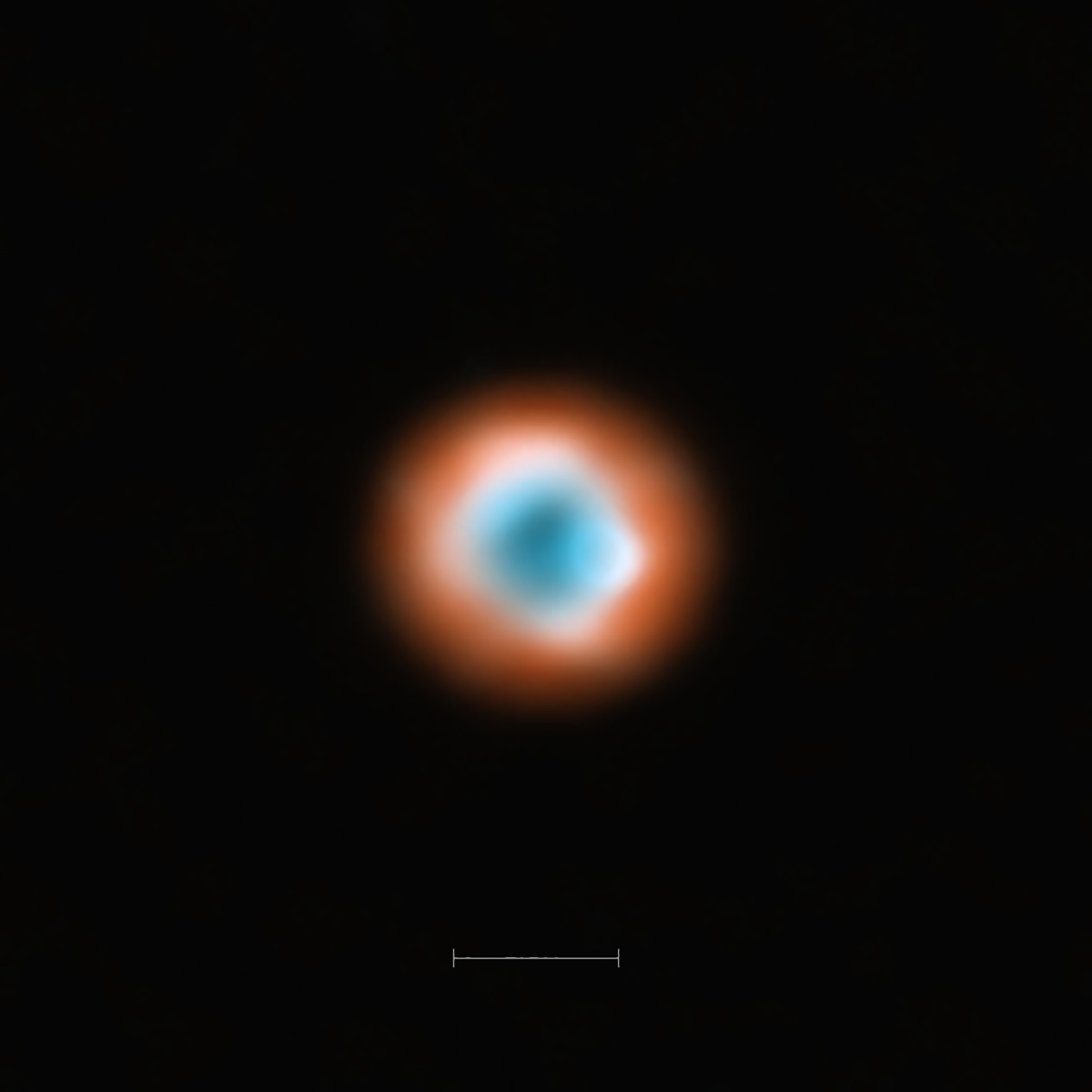