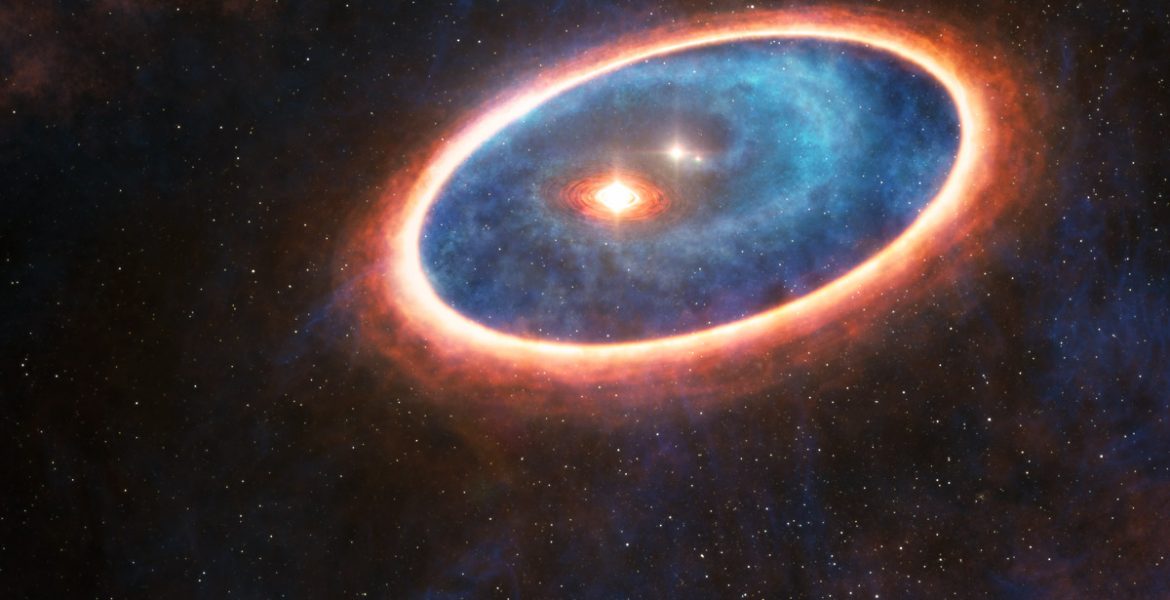 Scientists using the Atacama Large Millimeter/submillimeter Array (ALMA) have detected a streamer of dust and gas flowing from a massive outer disk toward the inner reaches of a binary star system. This never-before-seen feature may be responsible for sustaining a second, smaller disk of planet-forming material that otherwise would have disappeared long ago.

A research group led by Anne Dutrey from the Laboratory of Astrophysics of Bordeaux, France, and the National Centre for Scientific Research (CNRS) observed the distribution of dust and gas in a binary star system called GG Tau-A. It was recently discovered that one of GG Tau-A’s components is itself a double star. This object is only a few million years old and lies approximately 460 light-years from Earth in the constellation Taurus.

Like a wheel in a wheel, GG Tau-A contains a large, outer disk encircling the entire system as well as an inner disk around the main central star. This second inner disk has a mass roughly equivalent to that of Jupiter. Its presence has been an intriguing mystery for astronomers since it is losing material to its central star at a rate that should have depleted it long ago.

While observing these structures with ALMA, the team made the exciting discovery of gas clumps in the region between the two disks. The new observations suggest that material is being transferred from the outer disk to the inner disk, creating a sustaining lifeline between the two.

“Material flowing through the cavity was predicted by computer simulations but never imaged before. Detecting these clumps indicates that material is moving between the disks, allowing one to feed off the other,” explains Dutrey. “These observations demonstrate that material from the outer disk can sustain the inner disk for a long time. This has major consequences for potential planet formation.”

Planets are born from the material left over from star birth. This is a slow process, meaning that an enduring disk is needed for planet formation. If this same feeding process occurs in other multiple-star systems, these observations may explain the frequency with which planets have been and continue to be discovered in binary systems.

“We may be witnessing these types of exoplanetary systems in the midst of formation,” said Jeffrey Bary, an astronomer at Colgate University in Hamilton, N.Y., and co-author of the paper.  “In a sense, we are learning why these seemingly strange systems exist.”

The first phase of exoplanet searches was directed at single host-stars like the Sun, more recently it has been shown that a large fraction of giant planets orbit binary star systems. Now, researchers have begun to take an even closer look and investigate the possibility of planets orbiting individual stars of multiple-star systems. The new discovery supports the possible existence of such planets, marking a new era in the hunt for exoplanets.

“This means that multiple star systems have a way to form planets, despite their complicated dynamics. Given that we continue to find interesting planetary systems, our observations provide a glimpse of the mechanisms that enable such systems to form,” concludes Bary.

The results are published in the journal Nature on 30 October 2014.

This research was presented in a paper titled “Planet formation in the young, low-mass multiple stellar system GG Tau-A” by A. Dutrey et al., to appear in the journal Nature. 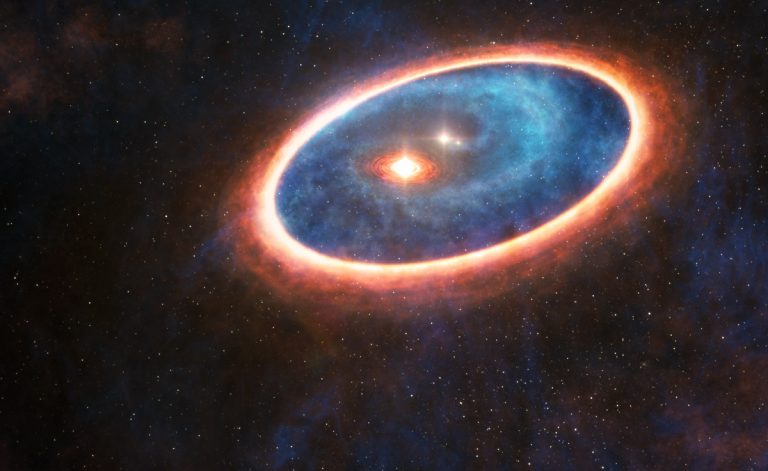 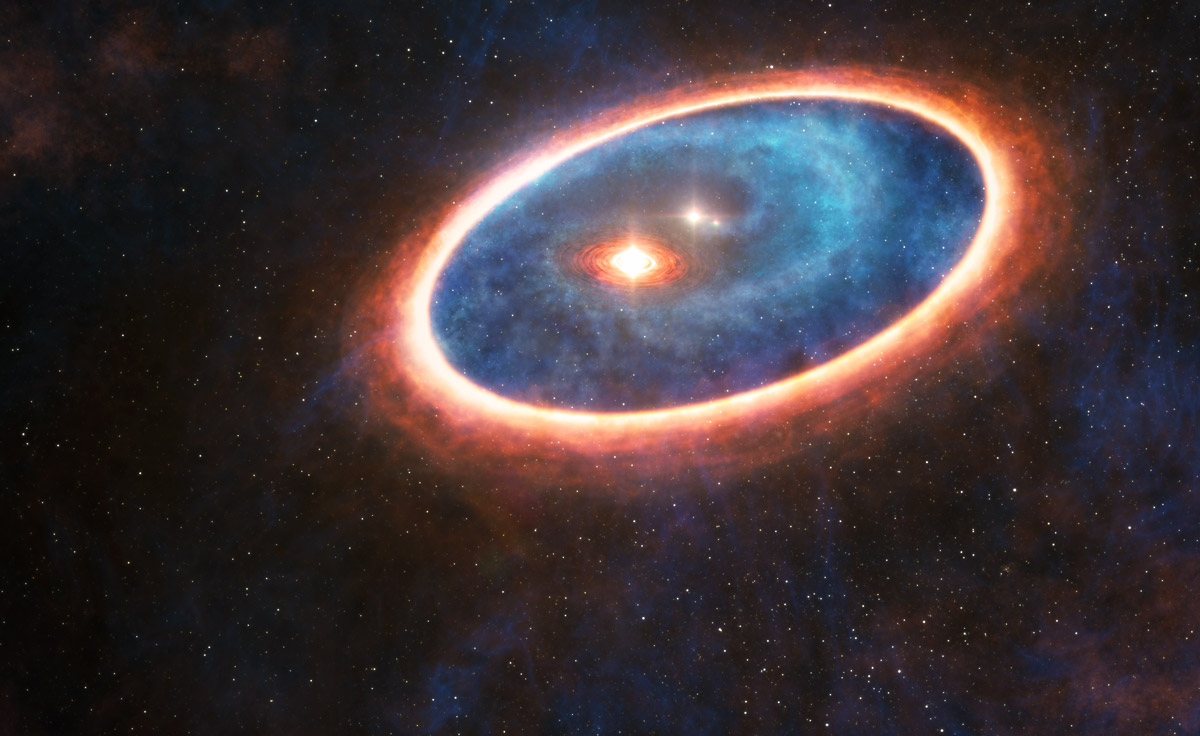