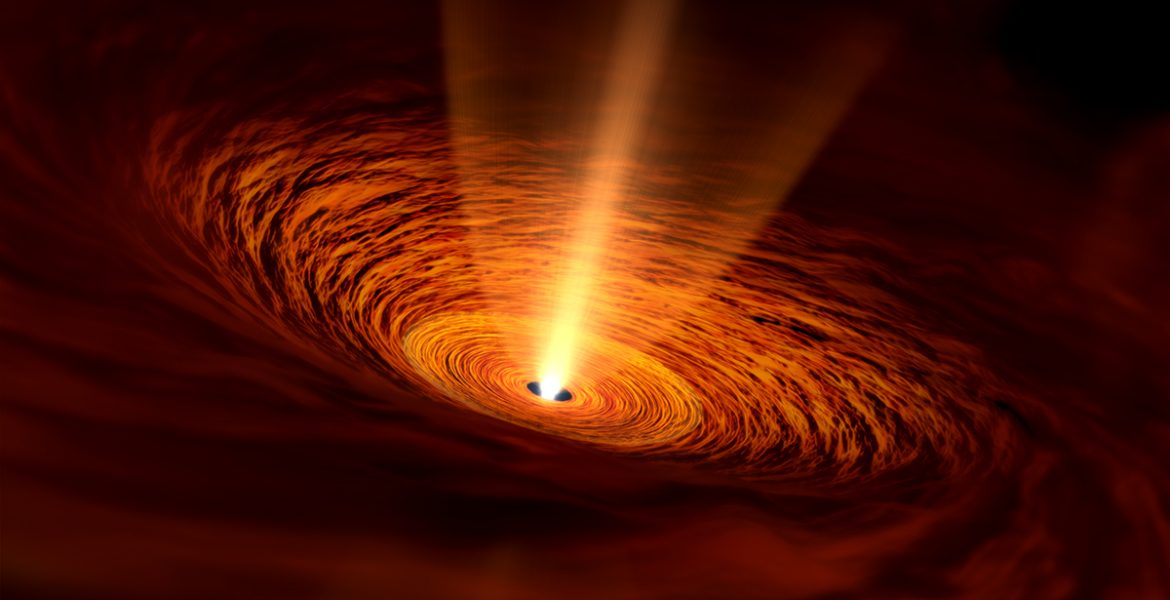 Researchers using the Atacama Large Millimeter/submillimeter Array (ALMA) have made the first direct observations delineating the gas disk around a baby star from the infalling gas envelope. This finding fills an important missing piece in our understanding of the early phases of stellar evolution.

A research team, led by Yusuke Aso (a graduate student at the University of Tokyo) and Nagayoshi Ohashi (a professor at the Subaru Telescope, National Astronomical Observatory of Japan) observed the baby star named TMC-1A, which is located 450 light-years from Earth in the constellation Taurus. TMC-1A is a protostar, a star still in the process of forming.

The team directly observed the boundary between the inner rotating disk and the outer infalling envelope. Since gas from the outer envelope is continuously falling into the disk, it had been difficult to identify the transition region in previous studies. In particular, the tenuous but high-speed gas in rotating disks is not easy to see. But ALMA has enough sensitivity to highlight such a component and illustrate the speed and distribution of gas in the disk very precisely. This enabled the team to distinguish the disk from the infalling envelope. 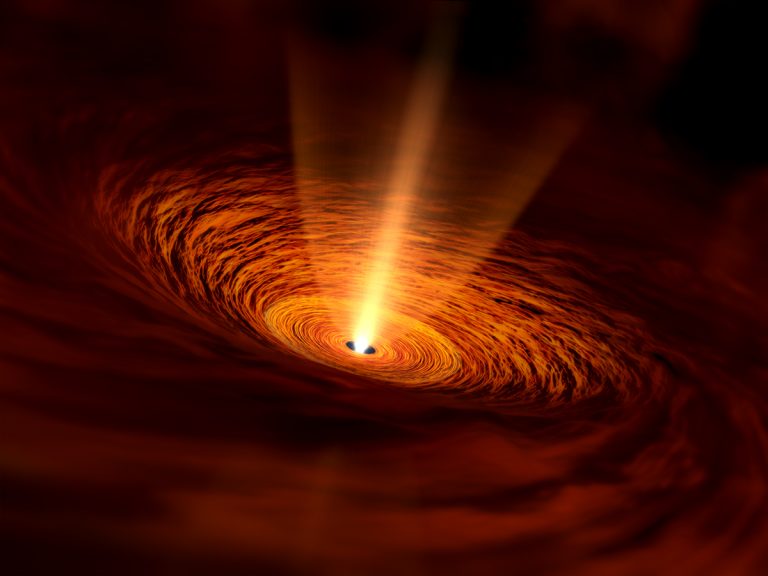 Artist’s impression of the baby star TMC-1A. The star is located in the center and surrounded by a rotating gas disk. Gas is infalling to the disk from the envelope further out.
Credit: NAOJ 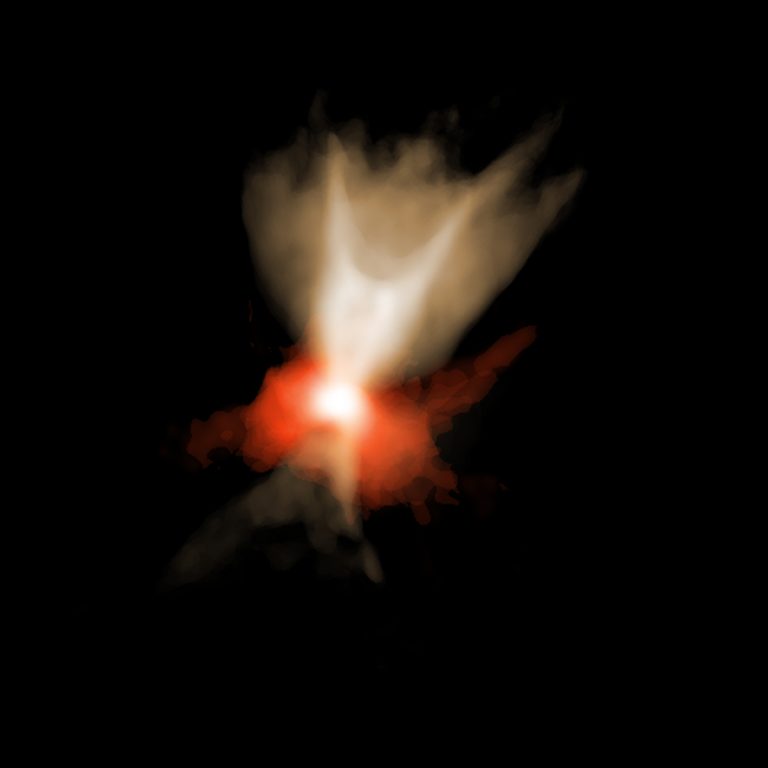 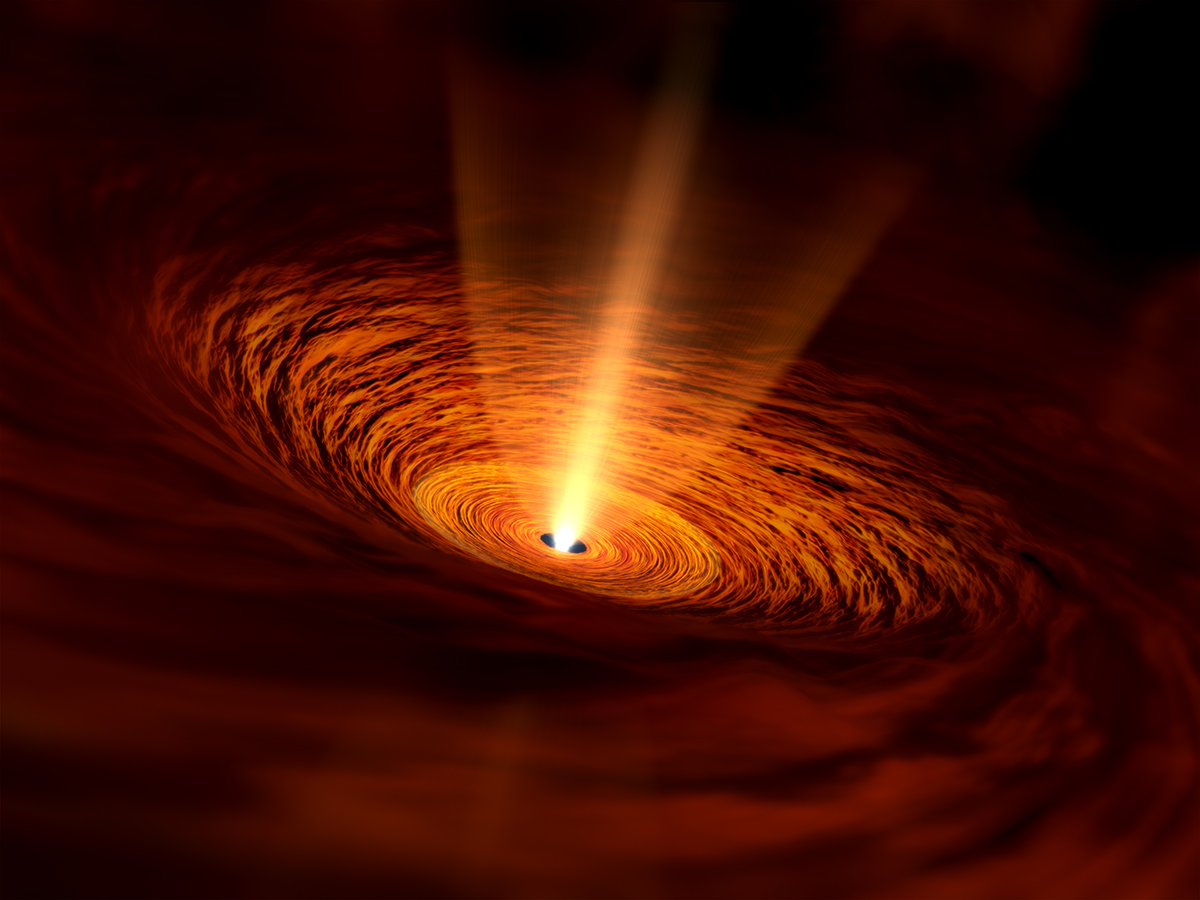 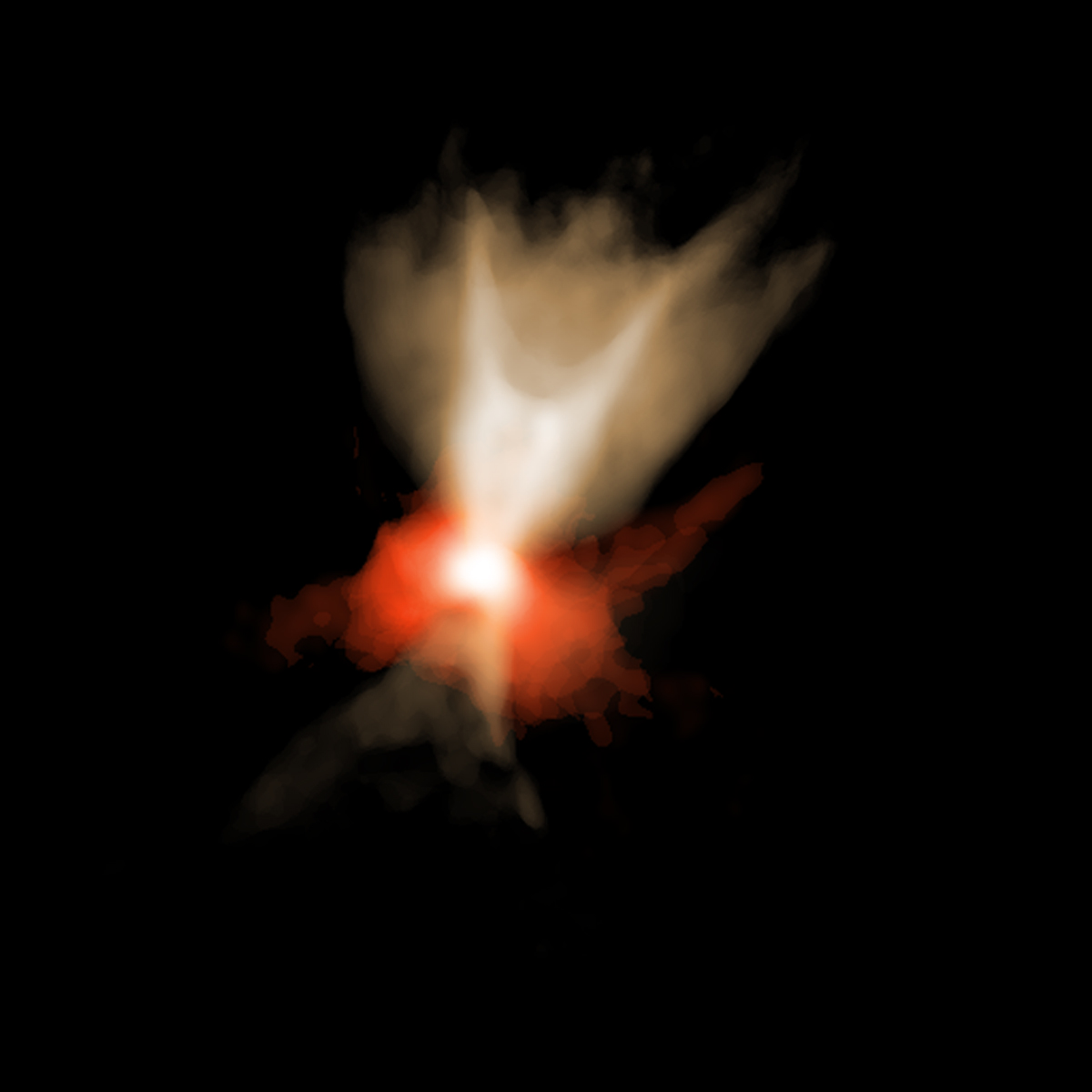