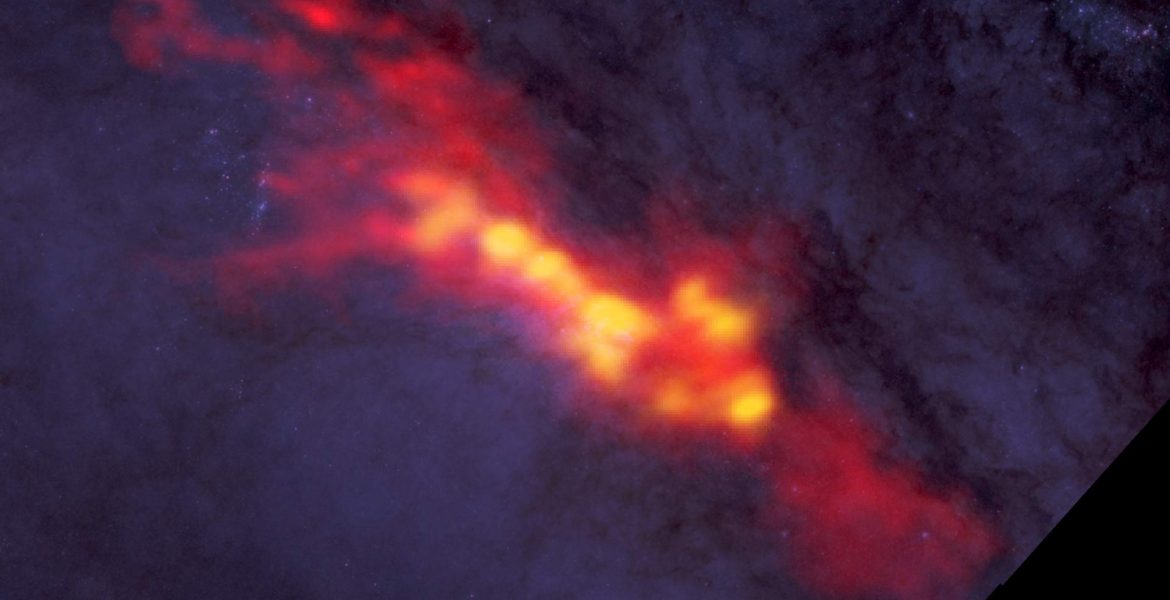 Starburst galaxies transmute gas into new stars at a dizzying pace – up to 1,000 times faster than typical spiral galaxies like the Milky Way. To help understand why some galaxies “burst” while others do not, an international team of astronomers used the Atacama Large Millimeter/submillimeter Array (ALMA) to dissect a cluster of star-forming clouds at the heart of NGC 253, one of the nearest starburst galaxies to the Milky Way.

“All stars form in dense clouds of dust and gas,” said Adam Leroy, an astronomer formerly with the National Radio Astronomy Observatory (NRAO) in Charlottesville, Virginia, and now with The Ohio State University in Columbus. “Until now, however, scientists struggled to see exactly what was going on inside starburst galaxies that distinguished them from other star-forming regions.”

ALMA changes that by offering the power to resolve individual star-forming structures, even in distant systems. As an early demonstration of this capability, Leroy and his colleagues mapped the distributions and motions of multiple molecules in clouds at the core of NGC 253, also known as the Sculptor Galaxy.

Sculptor, a disk-shape galaxy currently undergoing intense starburst, is located approximately 11.5 million light-years from Earth, which is remarkably nearby for such an energetic star factory. This proximity makes Sculptor an excellent target for detailed study.

“There is a class of galaxies and parts of galaxies, we call them starbursts, where we know that gas is just plain better at forming stars,” noted Leroy. “To understand why, we took one of the nearest such regions and pulled it apart – layer by layer – to see what makes the gas in these places so much more efficient at star formation.”

ALMA’s exceptional resolution and sensitivity allowed the researchers to first identify ten distinct stellar nurseries inside the heart of Sculptor, something that was remarkably hard to accomplish with earlier telescopes, which blurred the different regions together.

The team then mapped the distribution of about 40 millimeter-wavelength “signatures” from different molecules inside the center of the galaxy. This was critically important since different molecules correspond to different conditions in and around star-forming clouds. For example, carbon monoxide (CO) corresponds to massive envelopes of less dense gas that surround stellar nurseries. Other molecules, like hydrogen cyanide (HCN), reveal dense areas of active star formation. Still rarer molecules, like H13CN and H13CO+, indicate even denser regions.

By comparing the concentration, distribution, and motion of these molecules, the researchers were able to peel apart the star-forming clouds in Sculptor, revealing that they are much more massive, ten times denser, and far more turbulent than similar clouds in normal spiral galaxies.

These stark differences suggest that it’s not just the number of stellar nurseries that sets the throttle for a galaxy to create new stars, but also what kind of stellar nurseries are present. Because the star-forming clouds in Sculptor pack so much material into such a small space, they are simply better at forming stars than the clouds in a galaxy like the Milky Way. Starburst galaxies, therefore, show real physical changes in the star-formation process, not just a one-to-one scaling of star formation with the available reservoir of material.

“These differences have wide-ranging implications for how galaxies grow and evolve,” concluded Leroy. “What we would ultimately like to know is whether a starburst like Sculptor produces not just more stars, but different types of stars than a galaxy like the Milky Way. ALMA is bringing us much closer to that goal.”

These results are accepted for publication in the Astrophysical Journal and are being presented February 15, 2015, at a news conference at the American Association for the Advancement of Science (AAAS) meeting in San Jose, California. 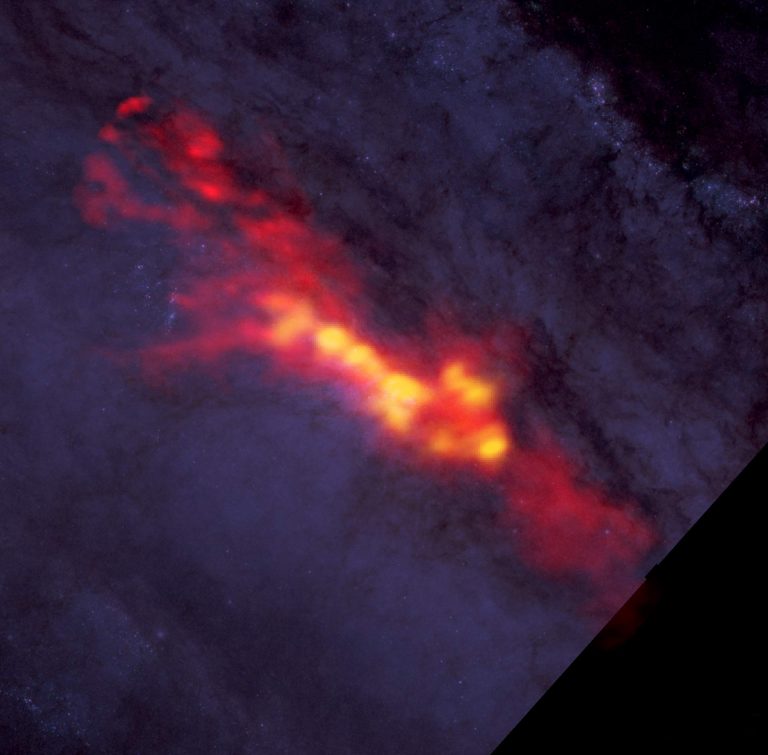 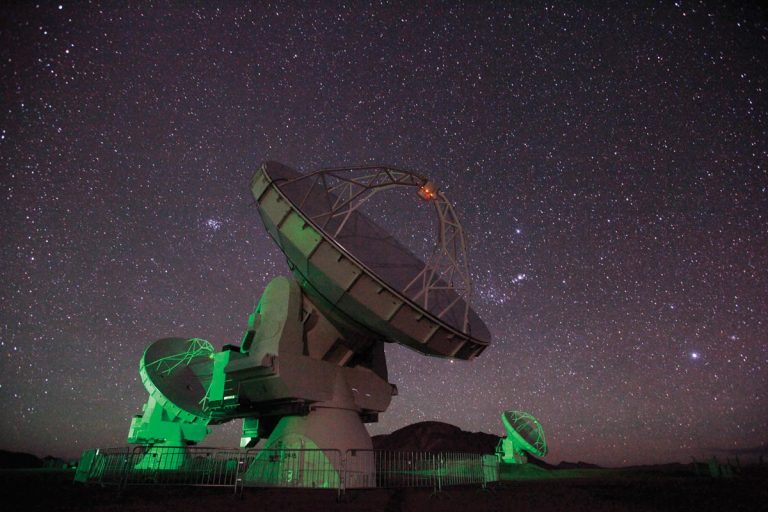 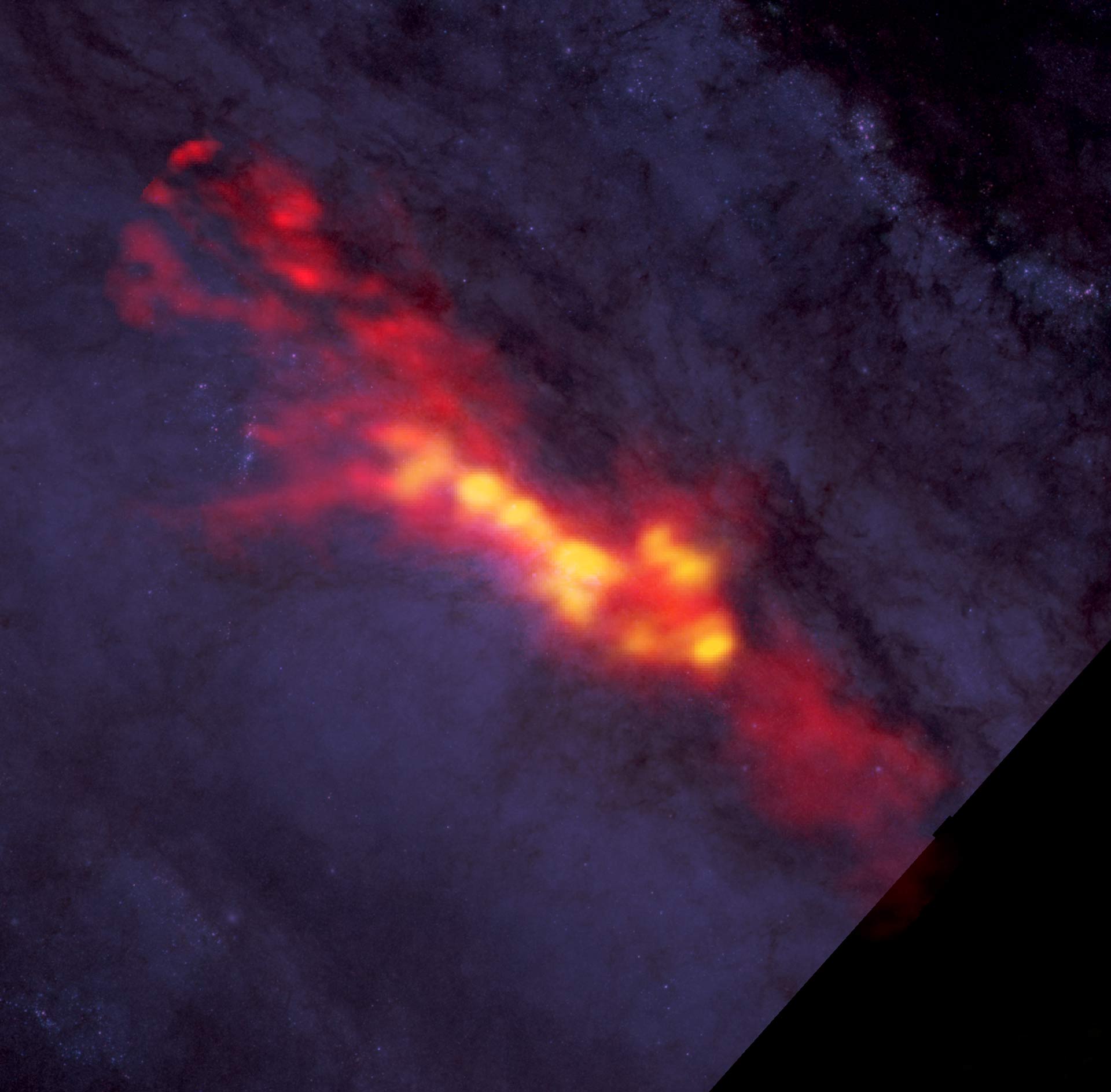 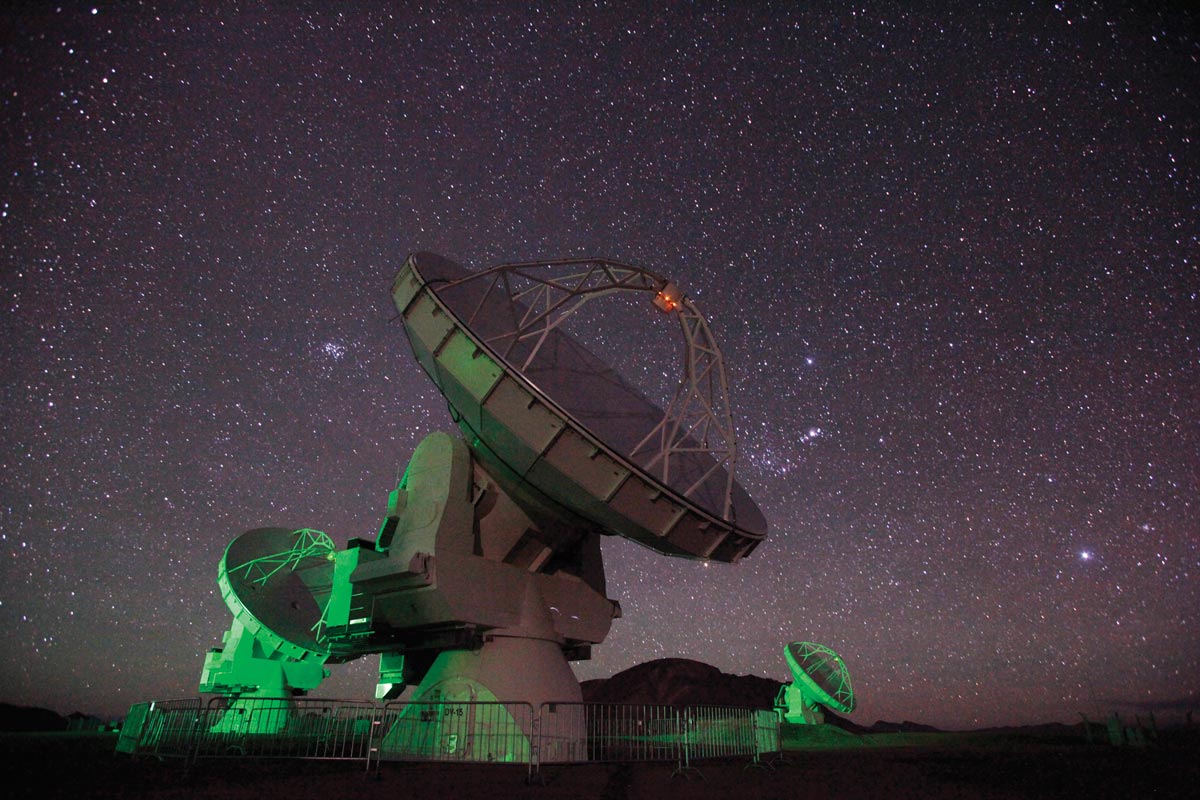