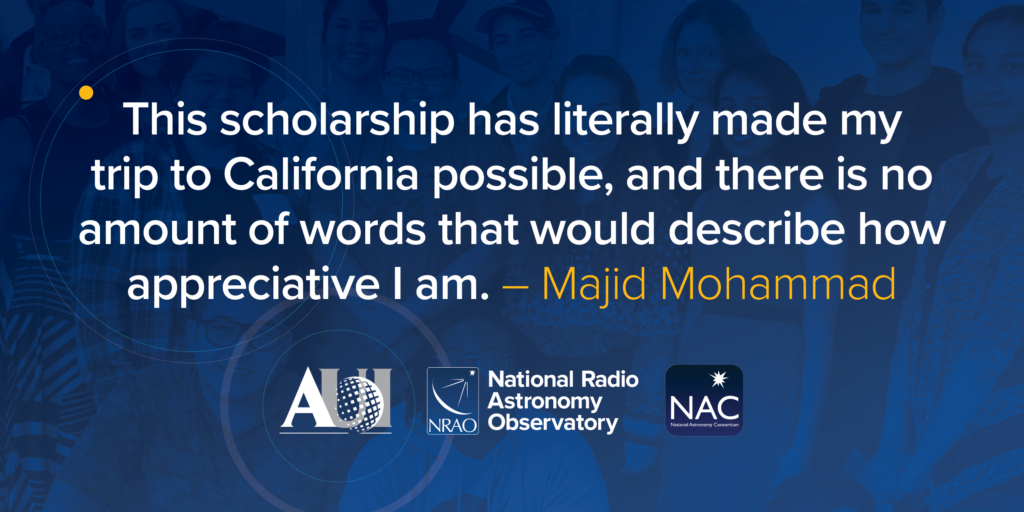 AUI and the National Radio Astronomy Observatory (NRAO) today announced the establishment of the AUI Board of Trustees NAC Bridge Scholarship Award. This new scholarship is designed to assist and recognize National Astronomy Consortium (NAC) alums who have completed their undergraduate programs and are beginning the next phase of their academic careers in Fall 2021.

NAC is a competitive program offering summer astronomy research internships to undergraduates and professional development programming and research opportunities throughout NAC alumnis’ academic careers. NAC’s goal is to increase the number of students, often underserved by the traditional academic pipeline, in STEM and STEM careers, by creating a diverse network of support for their academic and professional careers from an early stage.

Amidst the excitement of beginning graduate school, there can also be financial burdens related to moving to a new location and establishing a new residence. The AUI Board of Trustees established the new NAC scholarship award with the hope that it will help NAC alums transition to graduate school.

This year, nine NAC alums have accepted offers from outstanding graduate programs around the country. Each will receive a $5,000 AUI Board of Trustees NAC Bridge Scholarship Award, with AUI and NRAO’s congratulations and best wishes for a smooth start to an exciting new chapter of their lives.

A key component of the NAC program has been the long-term sustained engagement of alums and, perhaps most importantly, the peer and near-peer support that NAC alums offer to each other. NRAO and AUI appreciate the commitment that NAC alums have to each other and to their own professional journeys, and are proud of their individual and collective accomplishments.

About NAC
National Astronomy Consortium (NAC) is a program of the National Radio Astronomy Observatory, a facility of the National Science Foundation, operated under cooperative agreement by Associated Universities, Inc. NAC is a summer research experience program for undergraduate students in the United States who have been underserved by the traditional academic pipeline. The program aims to increase the number of students in STEM fields by helping them to build networks of support for success early in their academic careers and beyond. 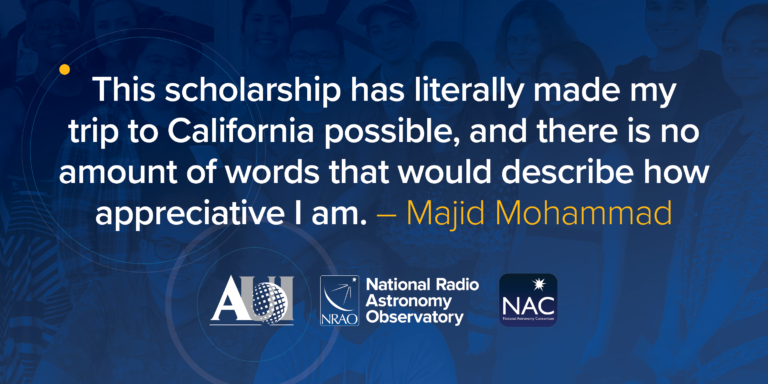 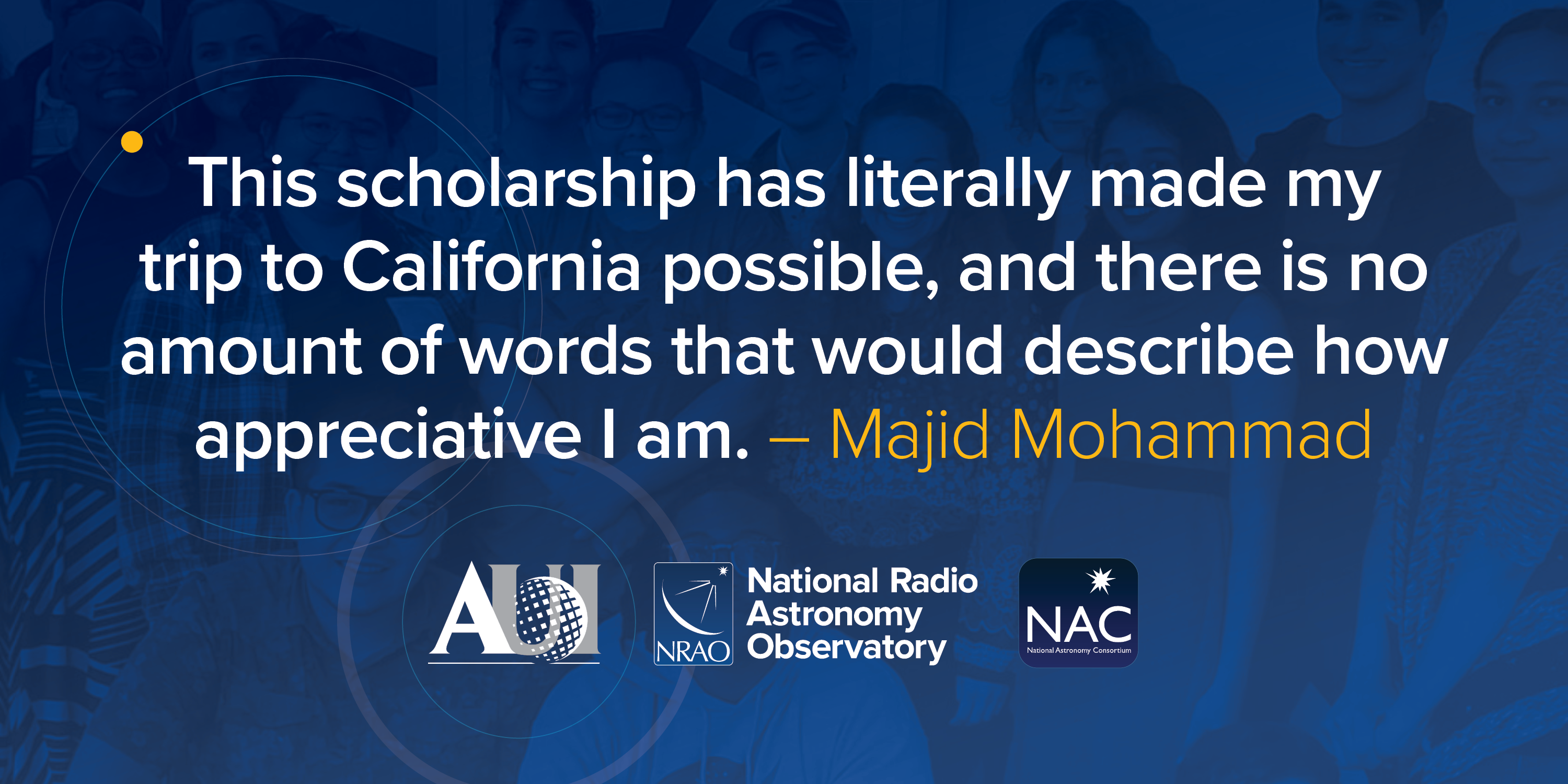