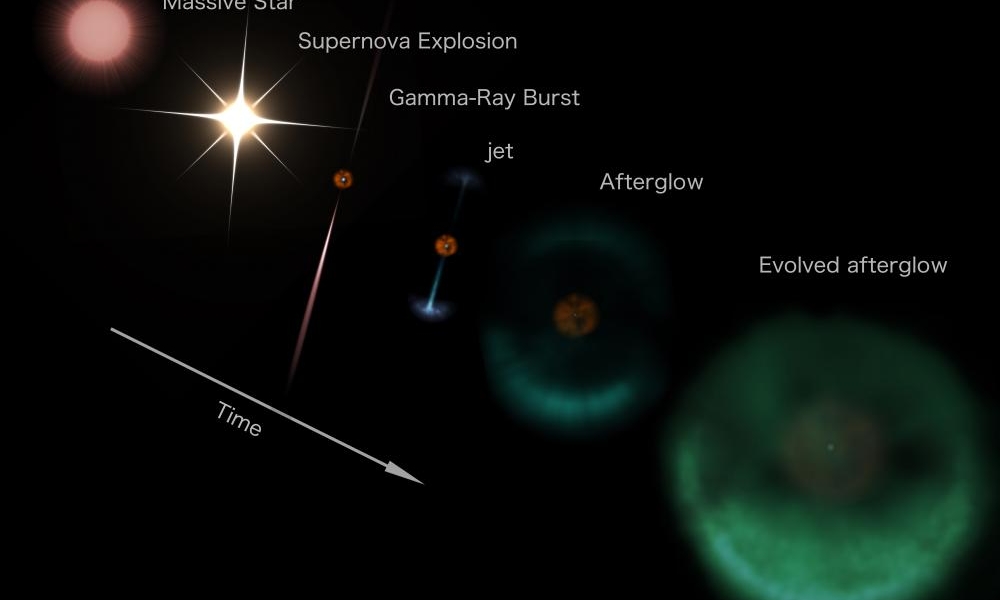 The Very Large Array Sky Survey (VLASS) is an ambitious project to make a high-resolution radio map of nearly 80% of the sky. When it is completed in 2024, it will give us the most detailed view of the radio sky ever captured. One of the goals of VLASS is to discover and map radio sources such as quasars and radio jets from black holes. To create this map, the Very Large Array (VLA) in New Mexico captures images of the sky as it drifts overhead. But as it takes these images, the VLA also once in a while captures events known as radio transients.

Radio transients are short-lived events that can last just weeks or days. If a radio telescope isn’t looking in the right direction when it happens, these transients can be missed. But because VLASS maps large sections of the sky in a relatively short time, it has a good chance of capturing radio transients, as it did in July of this year.

On December 12, 2019, a supernova was discovered in the constellation of Pisces by the Zwicky Transient Facility at Palomar Observatory in San Diego, California. The supernova occurred when the core of a large star collapses at the end of its life. The resulting explosion rips the star apart, casting gas and dust rich with new elements into space. Supernovae such as this are one of the ways a galaxy is seeded with material to create new stars and planets.

At its brightest, a supernova can outshine its entire galaxy. In optical light this brilliance does not last long. Within weeks a supernova’s grows dim in visible light, and this makes them difficult to study. But as the outer layers of the star are cast off, they emit a radio glow that can be observed by telescopes like the VLA. The afterglow of a supernova can last for months after the initial explosion.

Earlier this year, a team of astronomers realized that the VLA Sky Survey was scanning the region near the supernova soon after it occurred. So they combed the VLASS data for that region, looking for radio transients. They found one that matched the timing and location of the supernova. The VLASS observations also saw an initial radio glow of light from hydrogen that faded over time. Astronomers don’t fully understand why this occurs, but it could be because the outer layer of the star (which is mostly hydrogen) becomes diffuse and transparent, allowing deeper layers of the supernova to become visible.

The best way for astronomers to study short-lived phenomena is to capture them at multiple wavelengths, from visible and x-rays to radio. This is one more reason why a radio sky survey such as VLASS is so important.