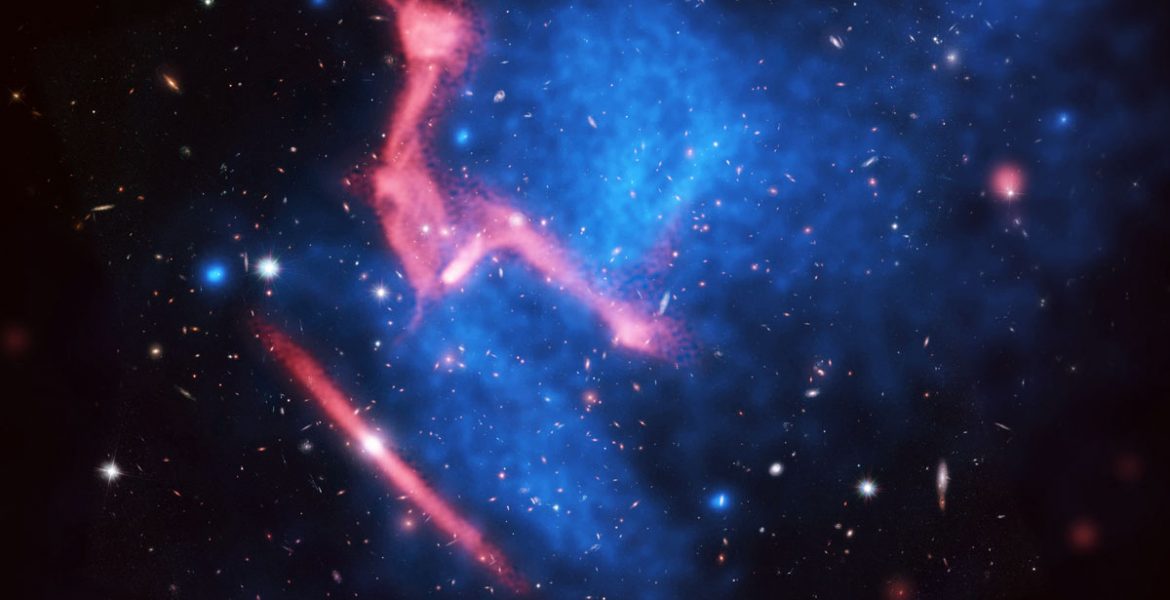 Astronomers using the Karl G. Jansky Very Large Array (VLA) and the Chandra X-Ray Observatory have produced a spectacular image revealing new details of violent collisions involving at least four clusters of galaxies. Combined with an earlier image from NASA’s Hubble Space Telescope (HST), the new observations show a complex region more than 5 billion light-years from Earth where the collisions are triggering a host of phenomena that scientists still are working to understand.

The HST image forms the background of this composite, with the X-ray emission detected by Chandra in blue and radio emission seen by the VLA in red. The X-rays indicate hot, tenuous gas that pervades the region containing the galaxy clusters. The large, oddly-shaped red feature at the center probably is a region where shocks caused by the collisions are accelerating particles that then interact with magnetic fields and emit the radio waves.

“The complex shape of this region is unique; we’ve never spotted anything like this before,” said Reinout van Weeren, an Einstein Fellow at the Harvard-Smithsonian Center for Astrophysics. “The shape probably is the result of the multiple ongoing collisions,” he added.

The new radio and X-ray observations are much more sensitive than previous ones, the scientists said. The combination of these images will make this region one of the best-studied examples of cluster-cluster collisions yet known, and can yield new insights on the complex interactions during cluster mergers. Together, the merging clusters are called MACS J0717+3745, which also is one of the HST Frontier Fields for which HST will produce the deepest observations ever. The scientists presented their findings to the American Astronomical Society’s meeting in Boston, Mass.

The straight, elongated radio-emitting object is a foreground galaxy whose central black hole is accelerating jets of particles in two directions. The red object at bottom-left is a radio galaxy that probably is falling into the cluster. 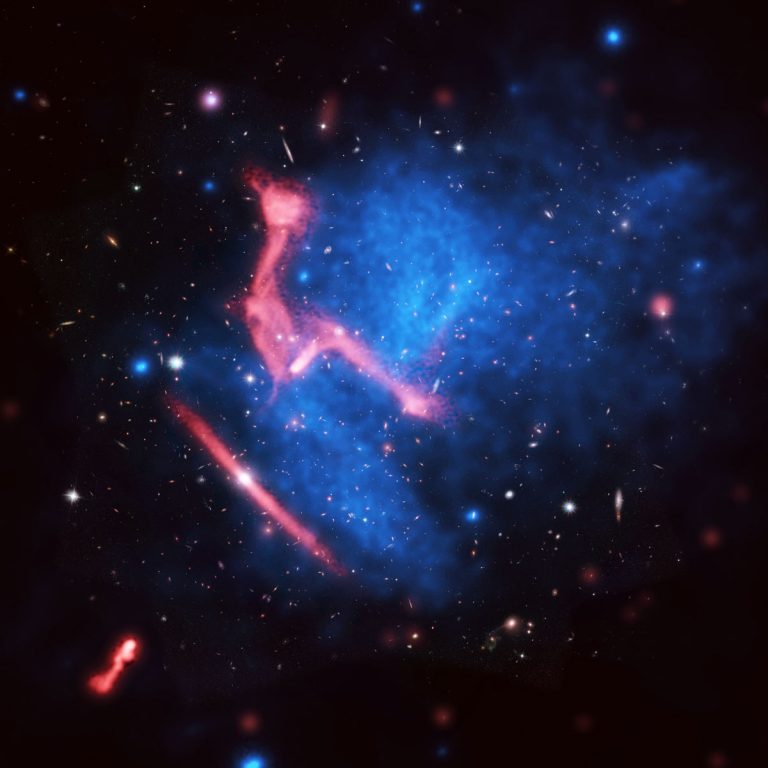 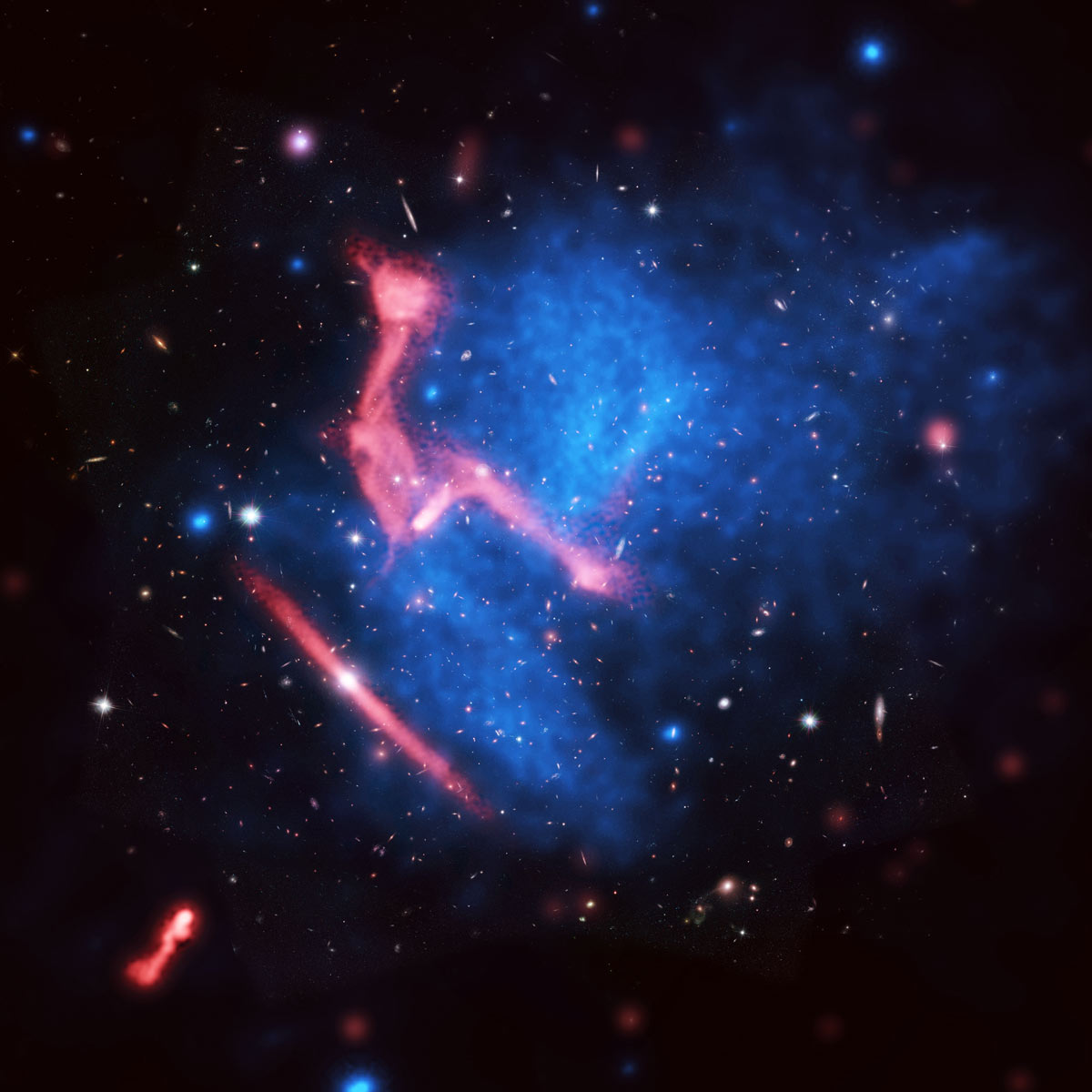