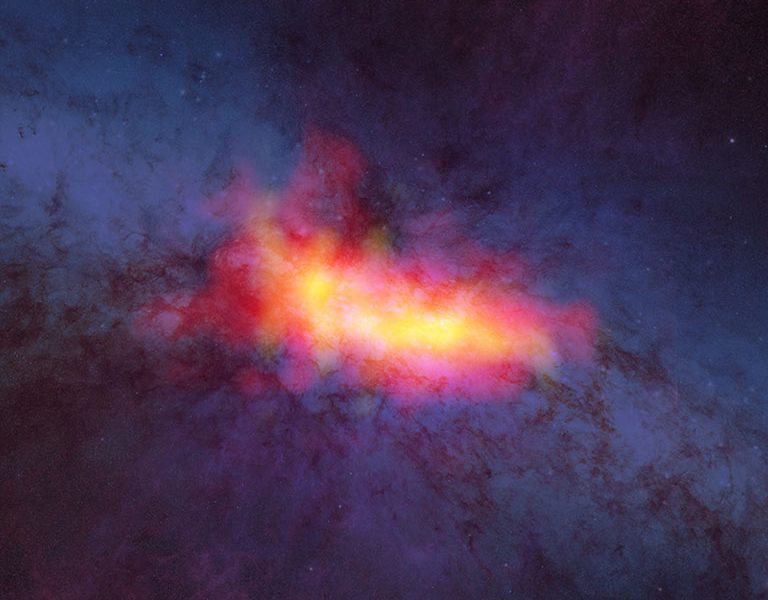 M82, which is located approximately 12 million light-years away in the constellation Ursa Major, is a classic example of a starburst galaxy — one that is producing new stars tens- to hundreds-of-times faster than our own Milky Way. Its relatively nearby location made it an ideal target for the GBT’s newly equipped “W-Band” receiver, which is capable of detecting the millimeter wavelength light that is emitted by molecular gas. This new capability makes the GBT the world’s largest single-dish, millimeter-wave telescope.

“With this new vision, we were able to look at M82 to explore how the distribution of molecular gas in the galaxy corresponded to areas of intense star formation,” said Amanda Kepley, a post-doctoral fellow at the National Radio Astronomy Observatory (NRAO) in Green Bank, West Virginia, and lead author on a paper accepted for publication in the Astrophysical Journal Letters. “Having this new capability may help us understand why stars form where they do.”

Astronomers recognize that dense molecular gas goes hand-in-hand with areas of star formation, but the connection is poorly understood and this relationship may be different in different types of galaxies. By creating wide-angle maps of the gas in galaxies, astronomers hope to better understand this complex interplay.

To date, however, these kinds of observations have not been easy since molecules that are used to map the distribution of dense gas, like HCN (hydrogen cyanide) and HCO+ (formylium), shine feebly in millimeter light. With its new W-Band receiver, the GBT was able to make highly sensitive, wide-angle images of these gases in and around M82.

“The GBT data clearly show billowing concentrations of dense molecular gas huddled around areas that are undergoing bursts of intense star formation,” said Kepley. “They also reveal giant outflows of ionized gas fleeing the disk of the galaxy. These outflows are driven by star formation deep within the galaxy.”

The 100-meter GBT is located in the National Radio Quiet Zone and the West Virginia Radio Astronomy Zone, which protect the incredibly sensitive telescope from unwanted radio interference. 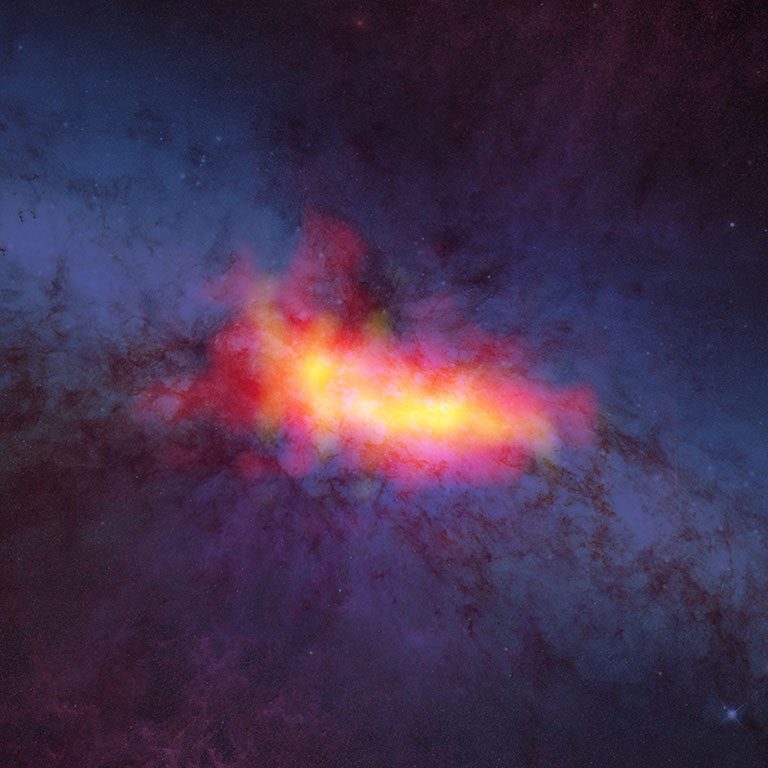 This composite image of starburst galaxy M82 shows the distribution of dense molecular gas as seen by the GBT (yellow and red) and the background stars and dust as seen by Hubble (blue). The yellow areas correspond to regions of intense star formation. The red areas trace outflows of gas from the disk of the galaxy.
Credit: Bill Saxton (NRAO/AUI/NSF); Hubble/NASA 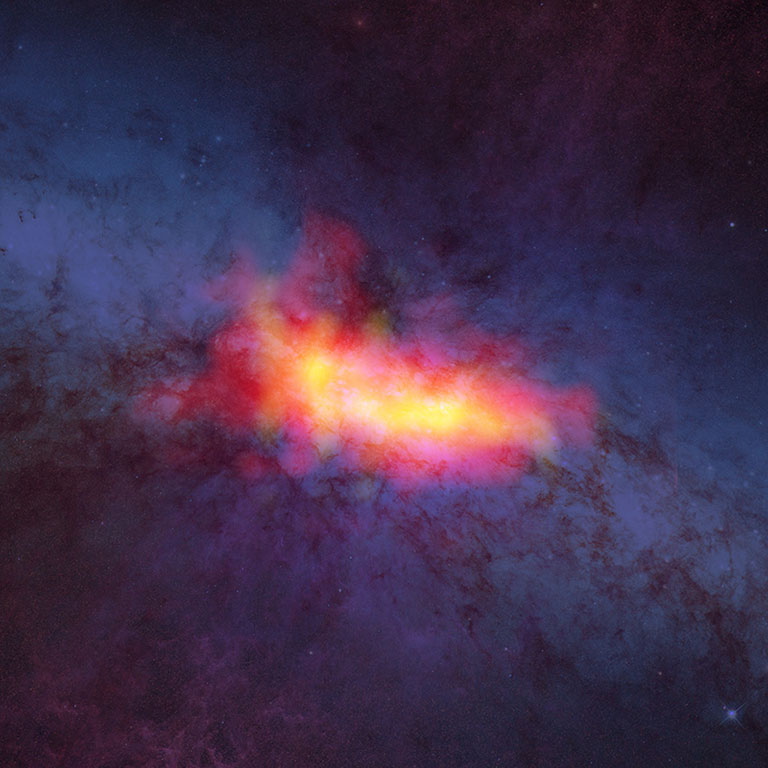