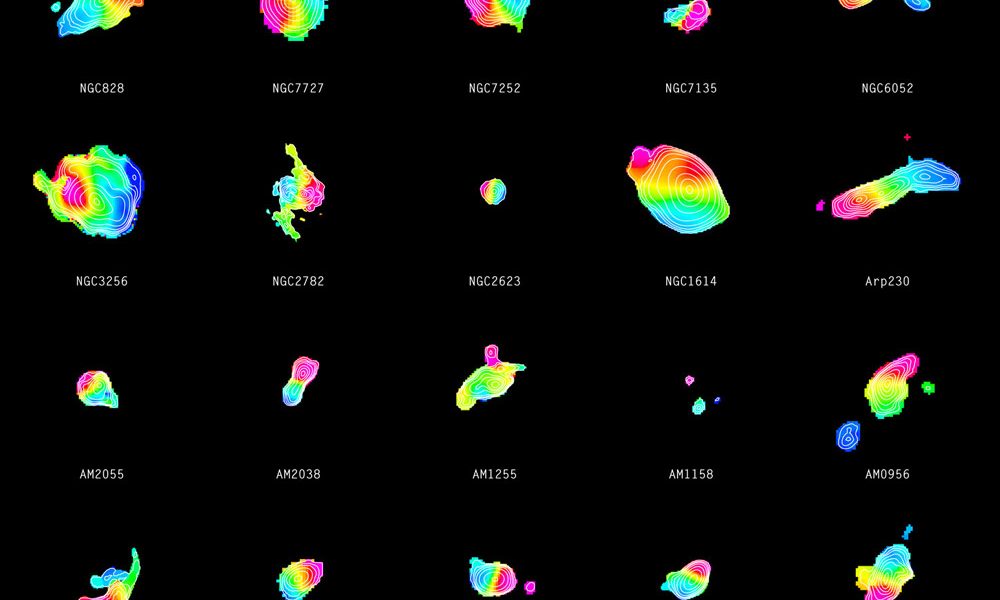 
Galaxy mergers are quite common throughout the history of the Universe and for decades astronomers believed that these cosmic collisions led primarily to the formation massive elliptical galaxies.

New observations with the Atacama Large Millimeter/submillimeter Array (ALMA) and a bevy of other radio telescopes provide the first direct evidence that merging galaxies can instead produce disk galaxies – the cosmic cousins of our own Milky Way.

By surveying a collection of 37 galaxies that are the products of earlier mergers, an international research group led by Junko Ueda, a postdoctoral fellow with the Japan Society for the Promotion of Science, discovered that a sizable majority (24) appears to have gas disks.

Disk galaxies, which include galaxies with prominent spiral arms like our own Milky Way and those with less-defined features known as lenticular galaxies, are characterized by a flattened, circular region of dust and gas.

Based on computer simulations from the 1970s, researchers predicted that the merger of two similar galaxies would result in a so-called elliptical galaxy. These mergers would have sparked furious star formation and the ensuing gravitational chaos would have shredded the original structures to produce an elliptically shaped galaxy devoid of any clearly defined disk. More current models do suggest that such mergers can also produce disk galaxies, though astronomers had not yet found the “smoking gun” evidence in merger remnants.

To identify what types of galaxies were created by merging disk galaxies, the researchers used ALMA and other radio telescopes to study the emission from carbon monoxide (CO) gas, which serves as a tracer for molecular gas in galaxies. These observations reveal that as the merger of what were once two galaxies winds down, signs of rotation and a flattened disk-like structure begin to emerge.

The group detected this rotation by studying how the wavelengths of radio emission shifted to higher and lower frequencies due to the motion of the gas. The researchers observed that the radio emission shifted toward the higher “blue” end of the spectrum in one portion of the disk – meaning it is moving toward us — and toward the lower “red” end of the spectrum in the other – meaning it is moving away. This telltale Doppler signature is indicative of rotation in a disk.

“For the first time, there is observational evidence for merging galaxies resulting in disk galaxies, not elliptical galaxies,” Ueda explains. “This is a large and unexpected step towards understanding the mystery of the birth of disk galaxies.”

Ueda added: “We have to start focusing on the formation of stars in these gas disks. Furthermore, we need to look farther out in the more distant Universe. We know that the majority of galaxies in the more distant Universe also have disks. We however do not yet know whether galaxy mergers are also responsible for these, or whether they are formed by cold gas gradually falling into the galaxy. Maybe we have found a general mechanism that applies throughout the history of the Universe.”

The galaxies in this study range anywhere between 40 million to 600 million light-years from Earth. The results are published in The Astrophysical Journal Supplement (August 2014) as Ueda et al. “Cold Molecular Gas in Merger Remnants I. Formation of Molecular Gas Disks.” 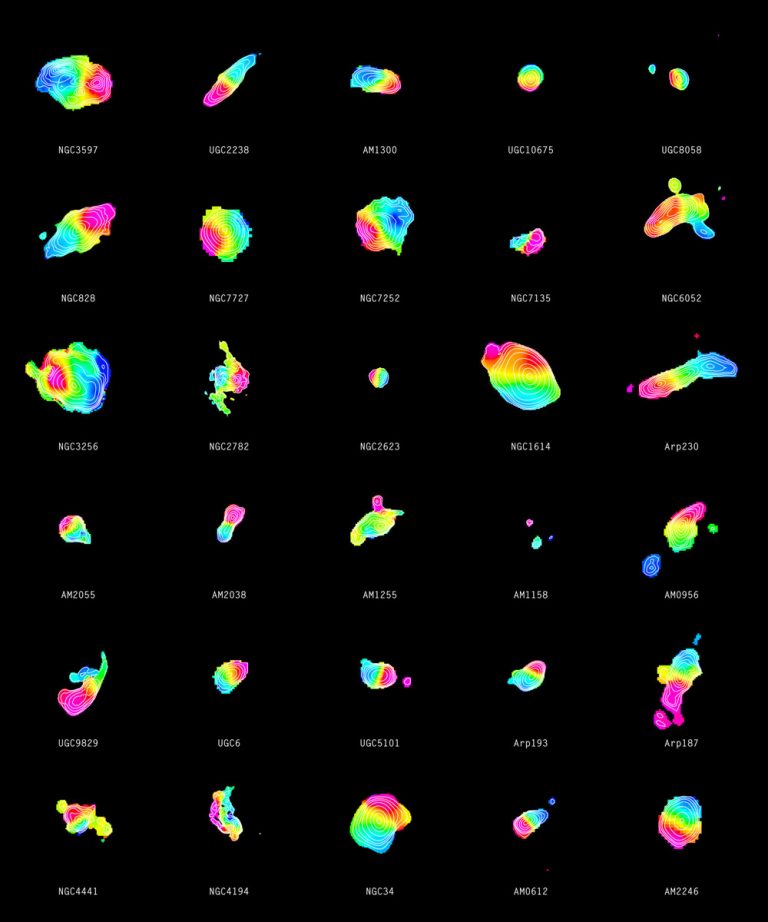 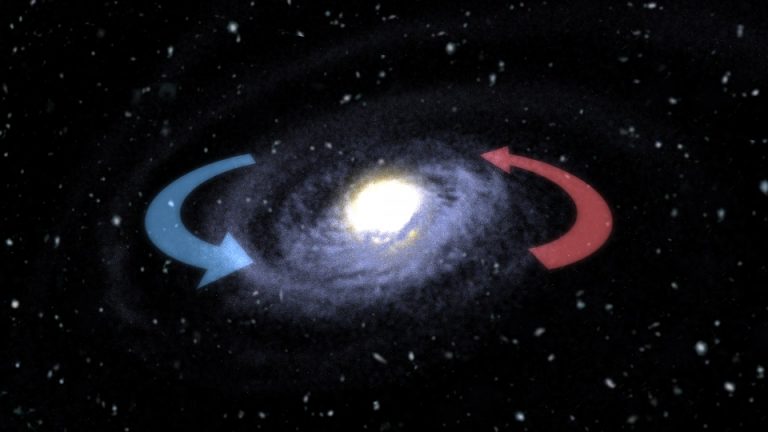 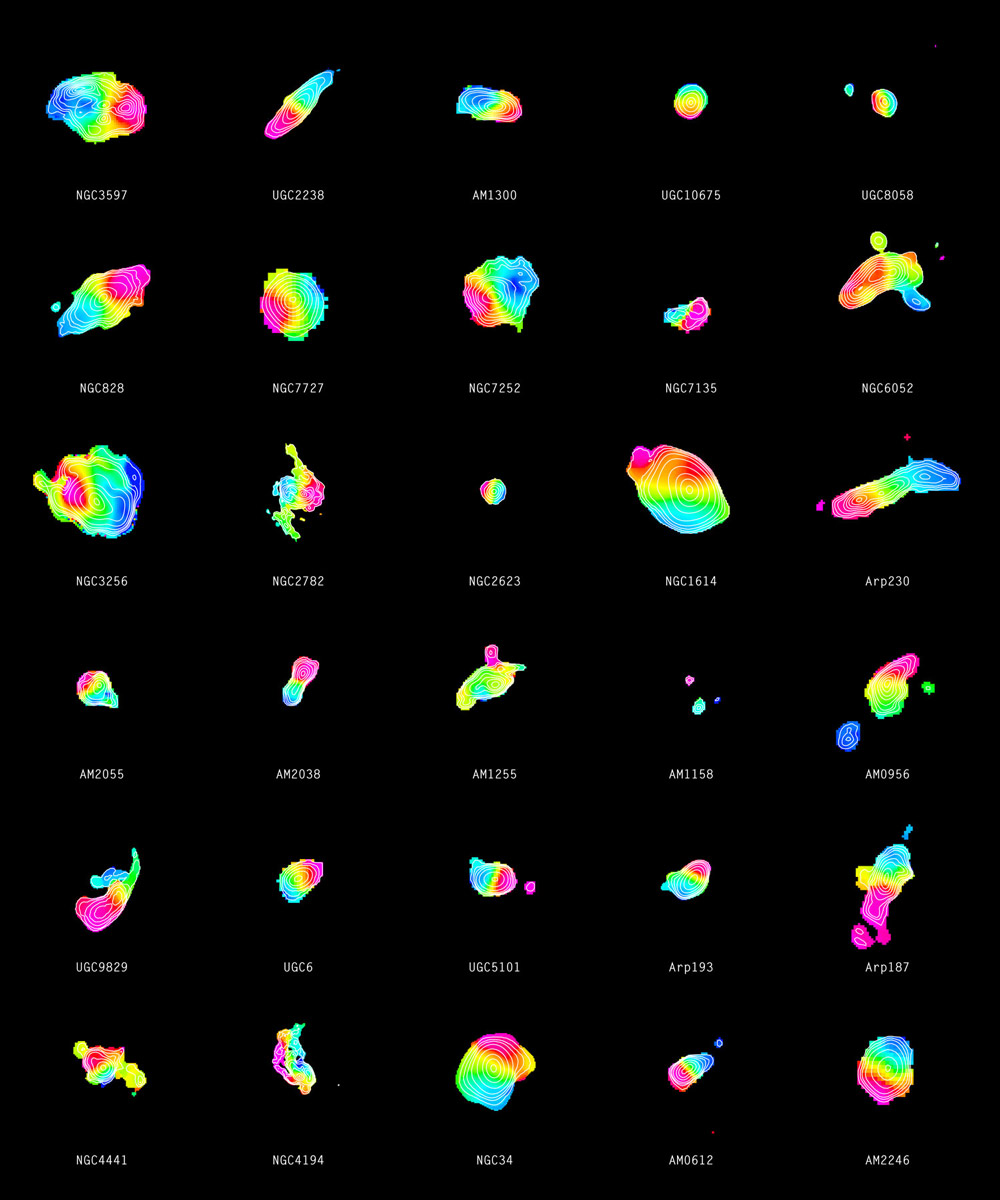 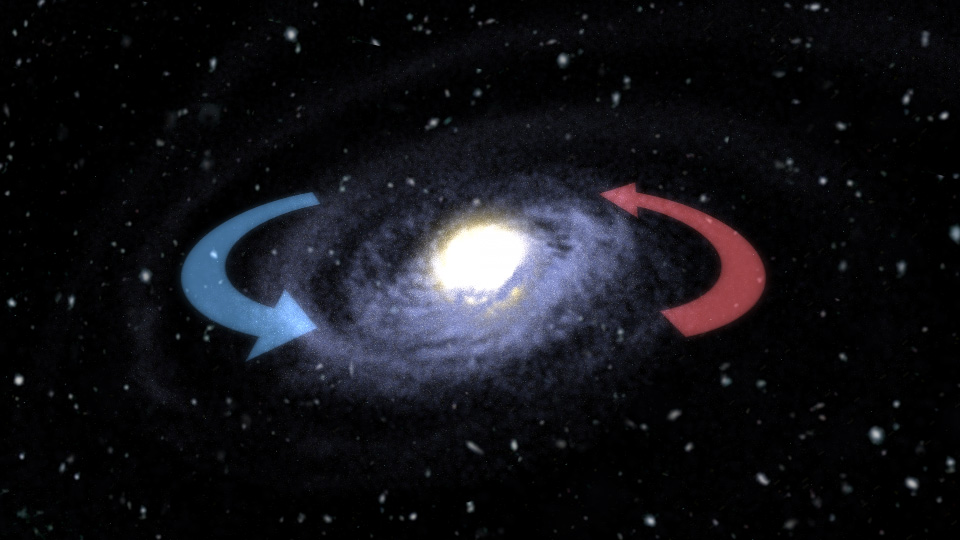