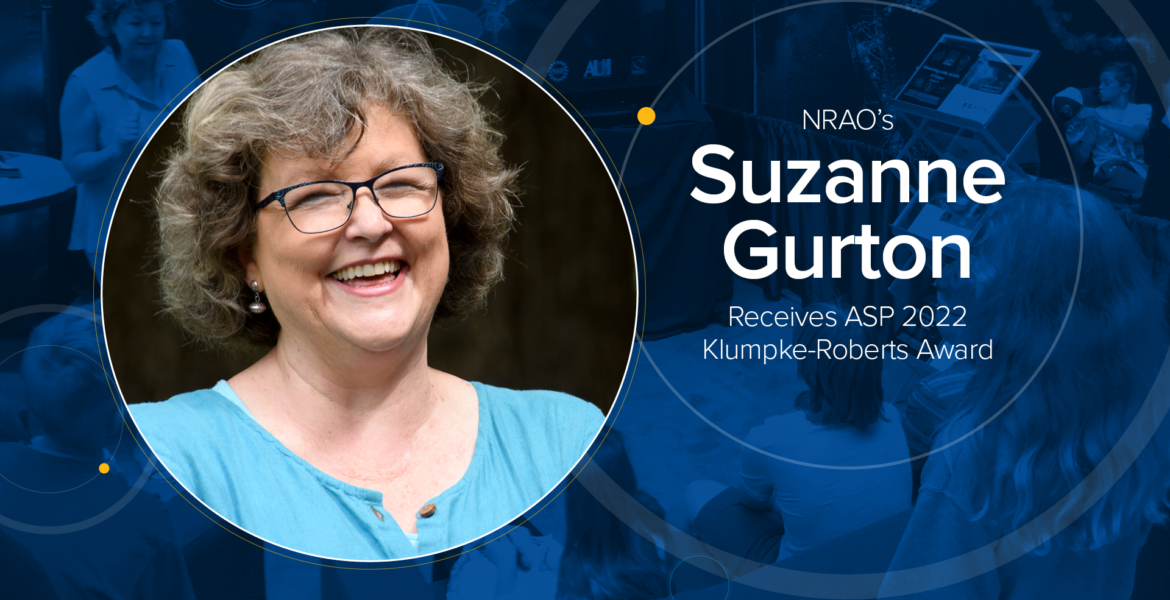 The Astronomical Society of the Pacific (ASP) has given its prestigious Klumpke-Roberts Award for 2022 to Suzanne (Suzy) Gurton, Assistant Director for Education and Public Outreach of the NSF’s National Radio Astronomy Observatory (NRAO). The Klumpke-Roberts award honors those who have made outstanding contributions to the public understanding and appreciation of astronomy.

The award recognizes Gurton’s “almost 40 years of leading, organizing, developing, and training educators for astronomy outreach programs that have become permanent fixtures in the outreach community, lasting long beyond her involvement,” according to the ASP’s announcement.

“We’re very proud to see Suzy’s dedication and leadership in astronomy education and outreach receive this well-deserved recognition,” said NRAO Director Tony Beasley. “We’re also very happy that she has brought that dedication and her wealth of expertise to leading our observatory’s programs aimed at the public and educators,” he added.

At NRAO, Gurton leads a team of writers, educators, artists and animators who bring the excitement of astronomy to students, educators, and the public through the news media, formal and informal education programs, the Very Large Array Visitor Center, and social media. Since joining NRAO in 2016, she has led a significant expansion of the observatory’s outreach and educational programs, raising the observatory’s public profile and its impact on science education.

Gurton’s career includes working at planetariums, including Morehead Planetarium at the University of North Carolina, the University of Colorado, and as Director of the Santa Fe Community College planetarium. She also was an astronomy lecturer at the Griffith Observatory in Los Angeles, and a writer/producer at the American Museum of Natural History in New York City.

From 2000 to 2016, she was Director of Education at ASP, where she oversaw that organization’s science education programs, including Family ASTRO, Astronomy from the Ground Up, and Night Sky Network. She also edited ASP’s newsletter for teachers, Universe in the Classroom.

Her work has included not only presenting astronomy to the public herself, but also teaching both amateur and professional astronomers how to effectively engage with the general public and students. She was a lead educator in the American Astronomical Society’s Astronomy Ambassadors program, aimed at training early career astronomers in public outreach. 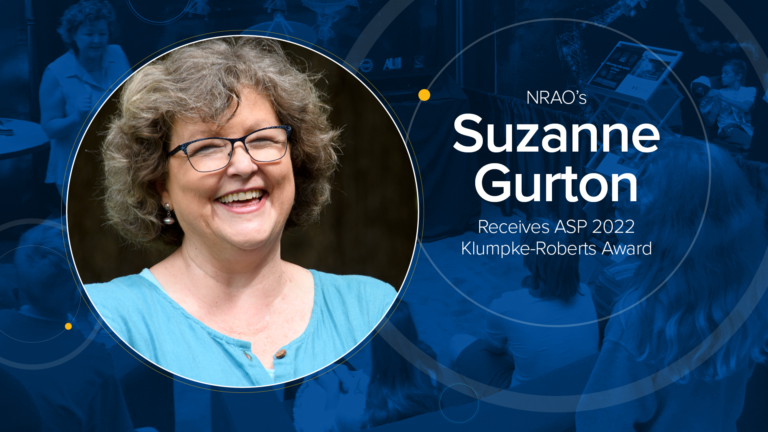 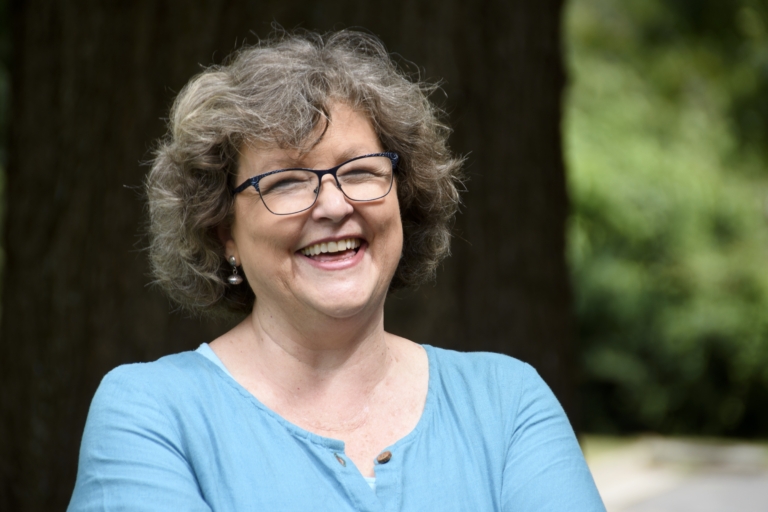 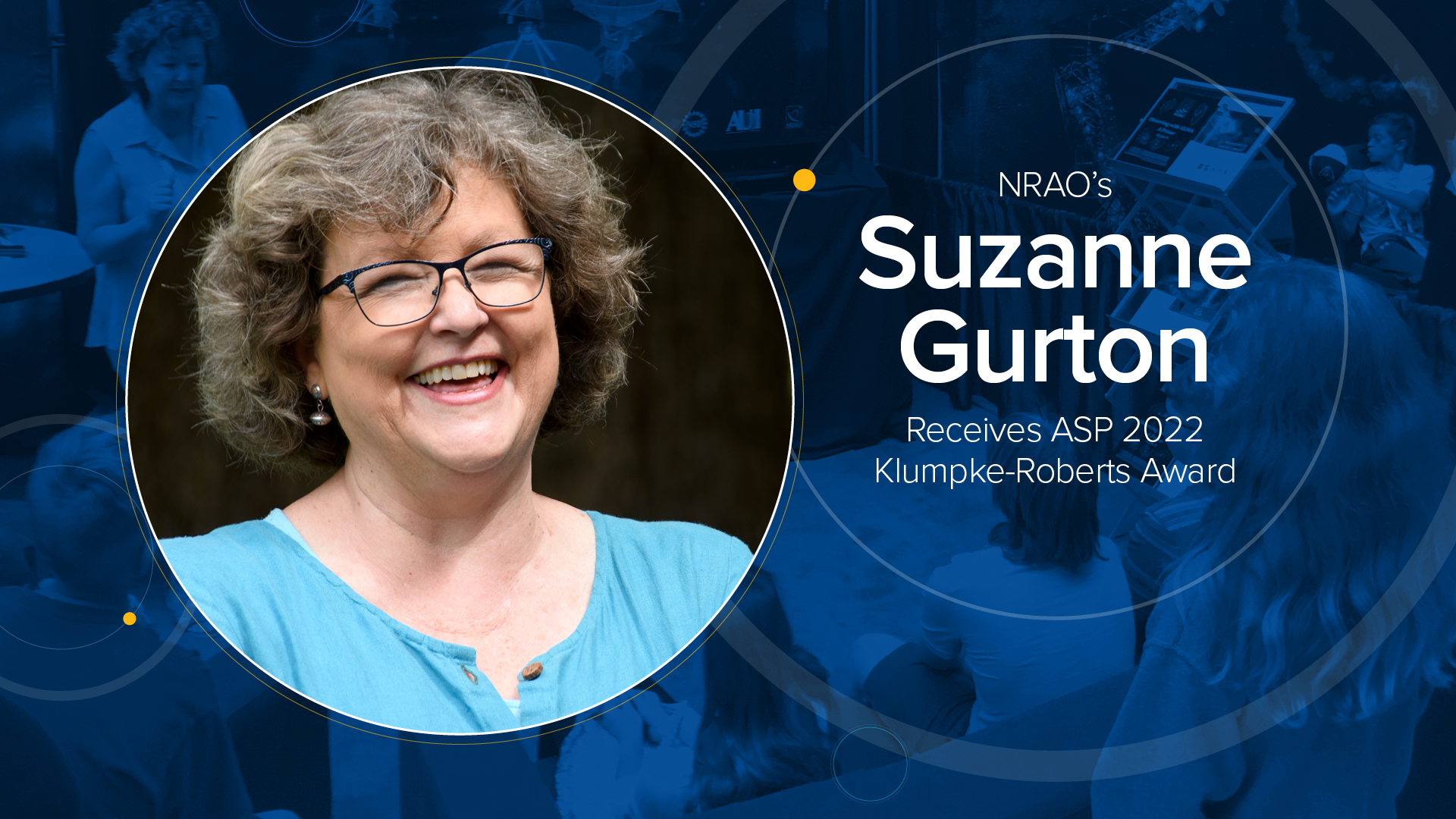 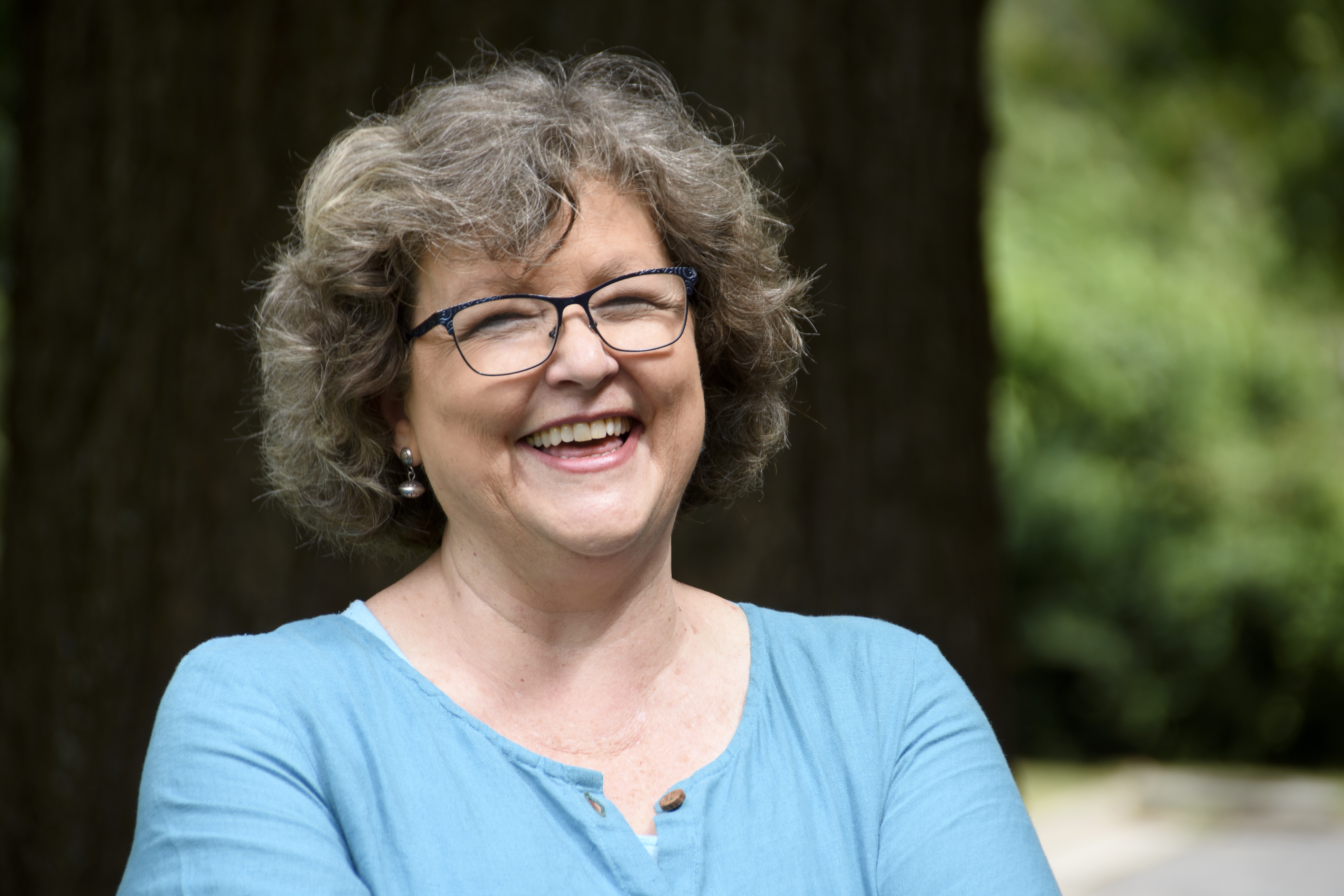 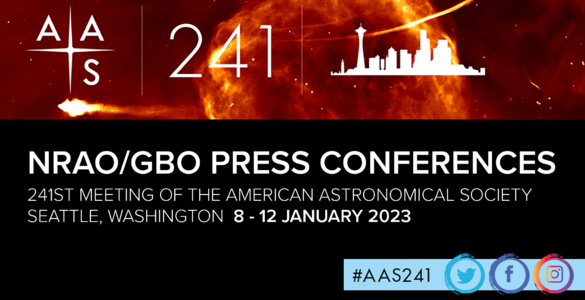 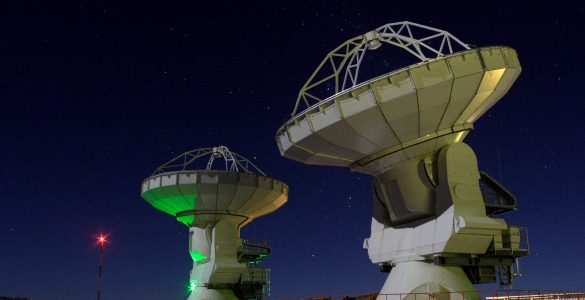