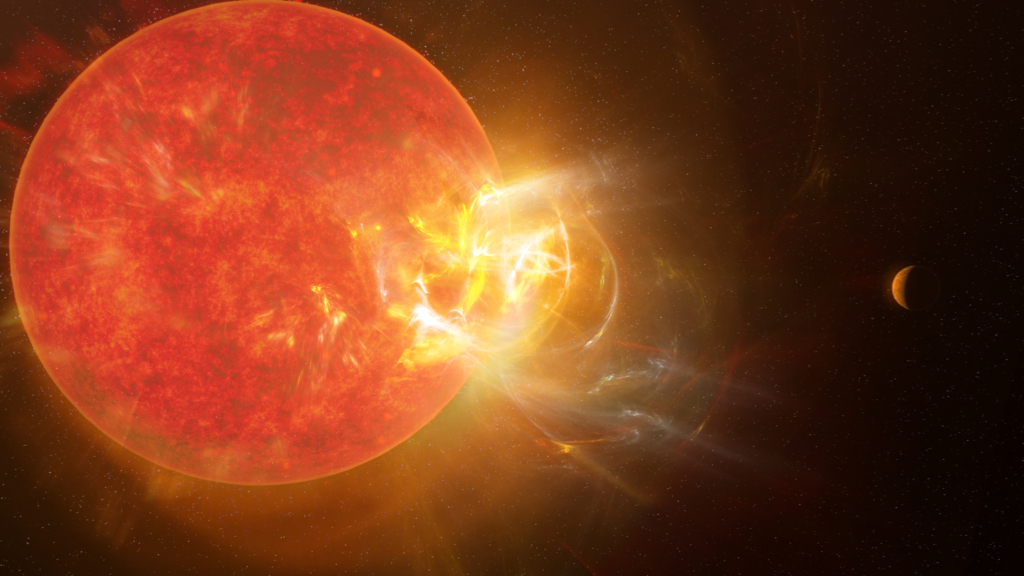 Astronomers using the Atacama Large Millimeter/submillimeter Array (ALMA) have spotted a flare from Earth’s nearest neighboring star, Proxima Centauri, that is 100 times more powerful than any similar flare seen from the Sun. The flare, which is the largest ever recorded from the star, has revealed the inner workings of such events to astronomers, and could help to shape the hunt for life beyond the Solar System.

Stellar flares occur when the release of magnetic energy in stellar spots explodes in an intense burst of electromagnetic radiation that can be observed across the entire electromagnetic spectrum, from radio waves to gamma rays. This is the first time that a single stellar flare, other than those that occur on the Sun, has been observed with such complete wavelength coverage. The study was precipitated by the serendipitous discovery of a flare from Proxima Centauri in 2018 ALMA archival data.

“We had never seen an M dwarf flare at millimeter wavelengths before 2018, so it was not known whether there was corresponding emission at other wavelengths,” said Meredith MacGregor, an assistant professor at the Center for Astrophysics and Space Astronomy (CASA) and Department of Astrophysical and Planetary Sciences (APS) at CU Boulder, and the lead author on the study.

To better understand the flares on Proxima Centauri— a red dwarf star located roughly four light-years or 20 trillion miles from Earth— a team of astronomers observed the star for 40 hours over the course of several months in 2019 using nine telescopes on the ground and in space.

“The star went from normal to 14,000 times brighter when seen in ultraviolet wavelengths over the span of a few seconds,” said MacGregor, adding that similar behavior was captured in millimeter wavelengths by ALMA at the same time.

“In the past, we didn’t know that stars could flare in the millimeter range, so this is the first time we have gone looking for millimeter flares,” said MacGregor, adding that the new observations could help researchers gather more information about how stars generate flares, which can have an impact on nearby life.

Powerful flares from our Sun are uncommon, occurring only a few times in a solar cycle. According to MacGregor, that’s not the case on Proxima Centauri. “Proxima Centauri’s planets are getting hit by something like this not once in a century, but at least once a day, if not several times a day,” said MacGregor.

The star is prominent in discussions surrounding the prospect for life around red dwarf stars because of its proximity to Earth, and because it is host to Proxima Centauri b, a planet that resides in the star’s habitable zone.

“If there was life on the planet nearest to Proxima Centauri, it would have to look very different than anything on Earth,” MacGregor said. “A human being on this planet would have a bad time.”

Future observations will focus on unveiling the many secrets behind Proxima Centauri’s flares in the hopes of uncovering the internal mechanisms that cause such powerful outbursts.

“We want to see what surprises this star has in store for us to help us understand the physics of stellar flaring,” said MacGregor.

The results of the study are reported today in The Astrophysical Journal Letters. 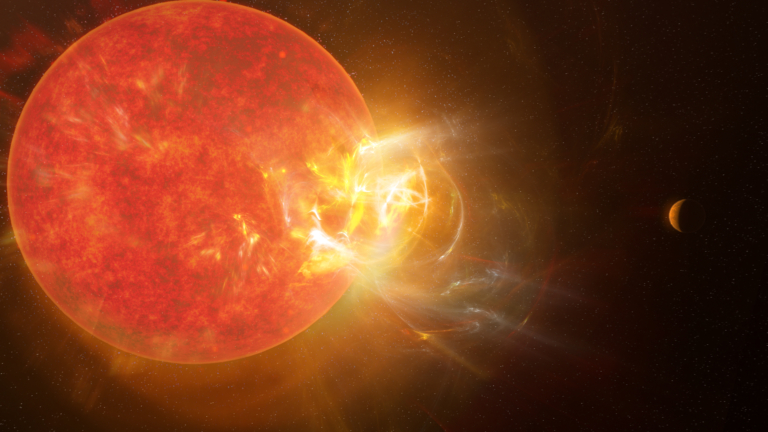 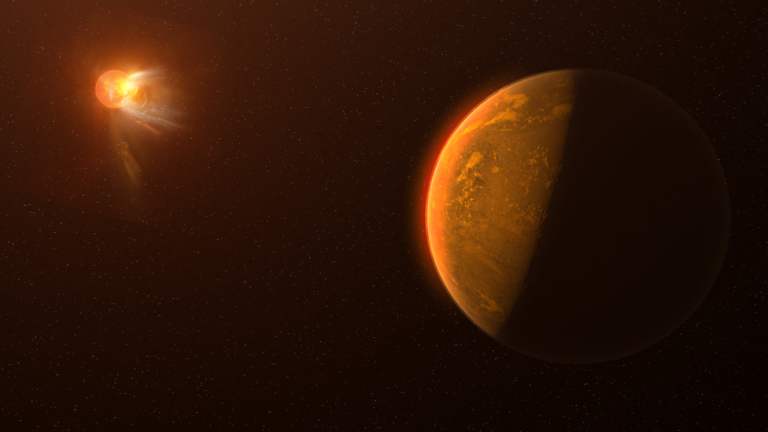 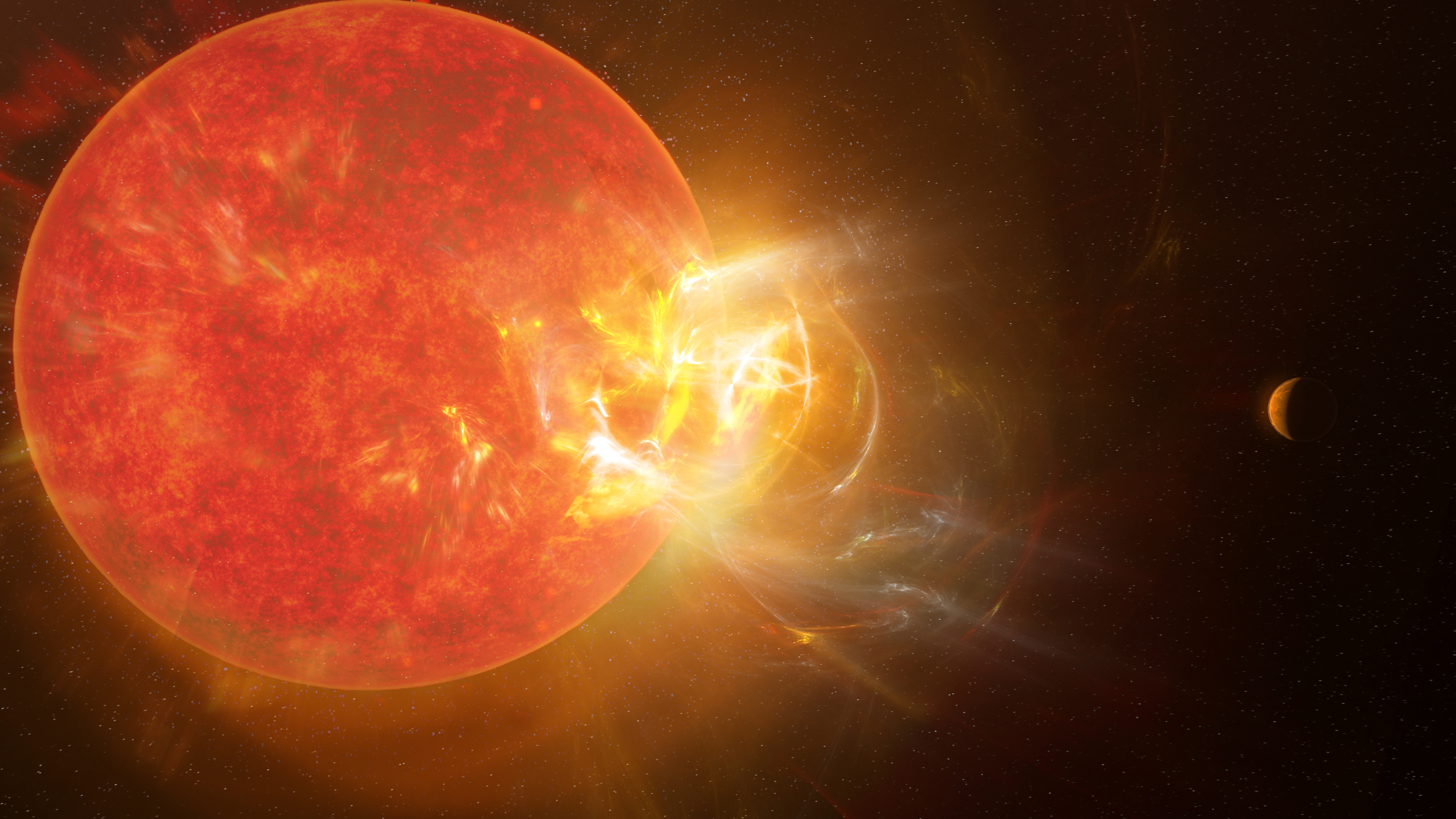 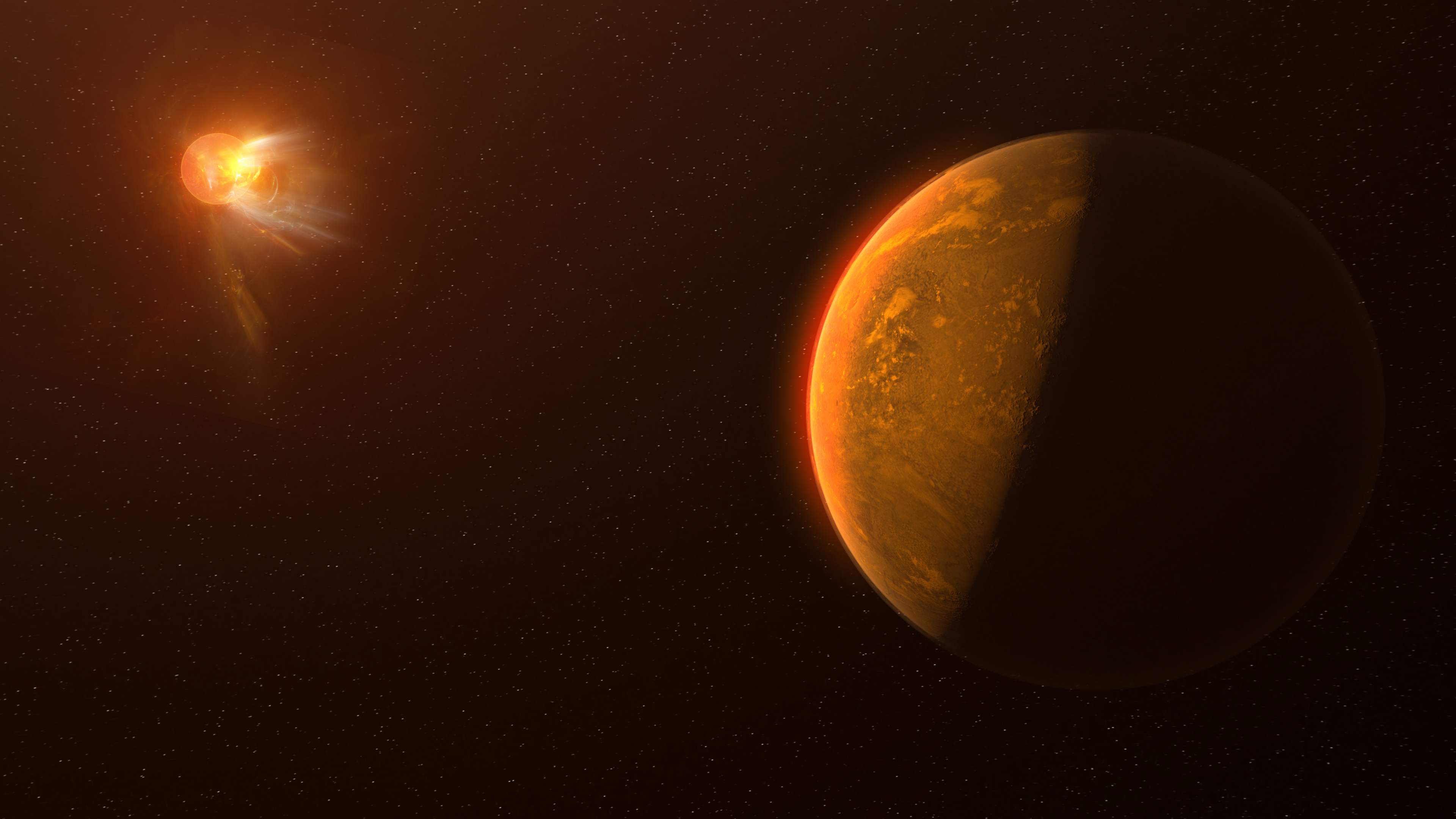