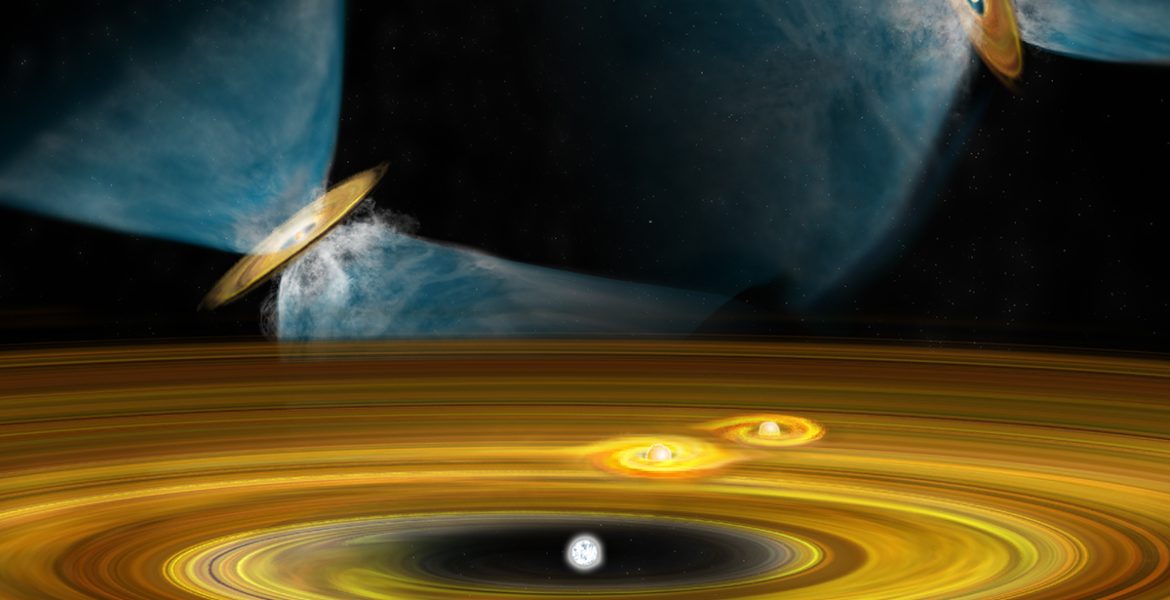 A detailed study of young stars and their surroundings has produced dramatic new evidence about how multiple-star systems form and how the dusty disks that are the raw material for planets grow around young stars. Teams of scientists used the National Science Foundation’s Karl G. Jansky Very Large Array (VLA) radio telescope to study nearly 100 newborn stars in a cloud of gas and dust about 750 light-years from Earth, in which new stars are forming.

Images made from the study showed unprecedented detail of a number of the young stars, and are helping astronomers resolve important questions about how stars, binary stars, and planets get their starts. The astronomers presented their results to the American Astronomical Society’s meeting in Kissimmee, Florida.

Looking at young multiple-star systems, one team concluded that two different formation mechanisms may be at work to produce such systems. They noted that the systems they studied fall into two distinct types, based on the distance between the stars in the system. The closer systems have stars separated by about 75 times the Sun-Earth distance, and another group has its stars separated by about 3,000 times the Sun-Earth distance. They also found that more than half of the youngest stars they studied are in multiple systems, suggesting that star formation tends to produce multiples rather than single stars.

“Several different processes have been suggested for how multiple-star systems form, and our results indicate that the separation between stars may tell us which of these processes is responsible for a particular system,” said John Tobin, of Leiden Observatory in the Netherlands.

Stars form in giant clouds of gas and dust, when tenuous material in such clouds collapses gravitationally into cores that then begin to draw additional material inward. Infalling material forms a rotating disk around the young star. Eventually, the young star gathers enough mass to create the temperatures and pressures at its center that will trigger thermonuclear reactions. The rotating disk around the star provides the material from which planets may form.

Another team, led by Dominique Segura-Cox, of the University of Illinois, found that the dusty disks around some of the protostars are larger than some theoretical models predict. These disks are essential to the formation of planets, some binary companions, and the young star’s ability to draw in additional material. Despite their central role in these processes, however, their formation mechanisms have been debated among astronomers.

As material falls inward toward a young star, it pulls magnetic fields along with it. Theorists suggested that these fields, which become stronger as they are concentrated closer to the star, could be aligned so that they drastically slow the disk’s rotation, limiting the size of the disk. Theoretical models predicted that this effect, called magnetic braking, would limit the disks to a radius about 10 times the Earth-Sun distance, or slightly more than the distance from the Sun to Saturn.

“We found disks with radii that are at least 15-30 times the Earth-Sun distance, significantly larger than the magnetic-braking model would allow,” Segura-Cox said. “This is a lower limit, and the disks may actually be larger. Studies of other systems have indicated that disks are larger when observed at radio frequencies different than the ones we used in this project,” she added.

One explanation for the larger disk sizes may be that, in some systems, the magnetic field and the rotation axis of the star are misaligned, a configuration that reduces the magnetic-braking effect. Evidence for this has been seen in some objects, the researchers said.

In another study published last December, a team using data from the same project found that the material falling toward one protostar is twisting the magnetic field lines and changing their configuration as it drags them inward. That study, which measured the magnetic-field alignments near the star, indicates one mechanism for minimizing the magnetic-braking effect.

“These observations of disks around such young stars suggests that all the elements needed for planet formation are present very early in the life of a star. Plus, it is probable that there are already centimeter-sized particles in these young disks, meaning that the growth of solids progresses rapidly,” Tobin said.

The images for this work came from a project called the VLA Nascent Disk and Multiplicity (VANDAM) Survey. This survey used 264 hours of VLA observing time from 2013 to 2015 to study protostars in the Perseus Molecular Cloud, about 750 light-years distant. The Perseus Molecular Cloud, containing as much material as 10,000 suns, is one of the closest regions where low- to intermediate-mass stars are actively forming, and thus serves as a valuable “laboratory” for astronomers seeking to understand star formation.

“This survey sampled the largest number of young stars, and revealed fainter objects than we could study previously, and did so in greater detail. The information it provided has dramatically improved our knowledge,” Tobin said.

“The disks we studied are difficult to observe as they are obscured by the cloud in which they are forming, but these new VLA observations reveal the disks and provide critical data into their formation mechanism,” Segura-Cox said. 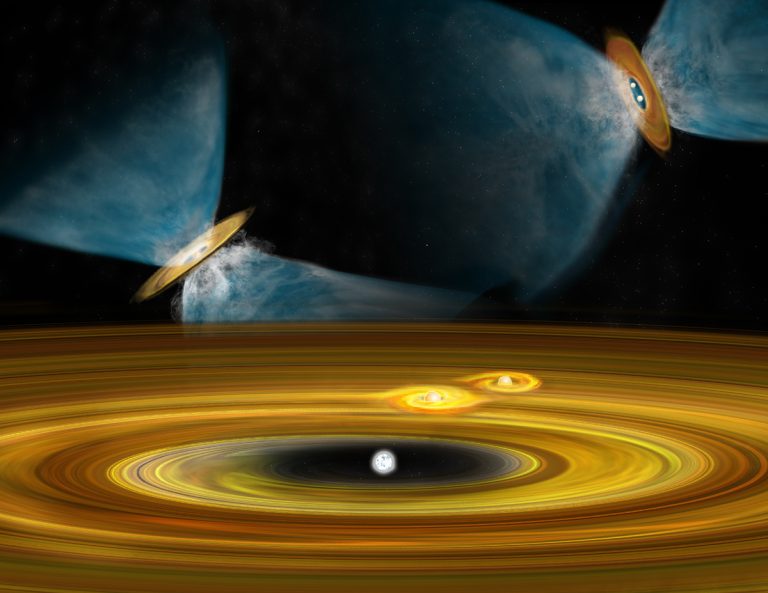 In this artist's conception, a widely-separated pair of young, still-forming stars is in the background,...Read More
Credit: Bill Saxton, NRAO/AUI/NSF. 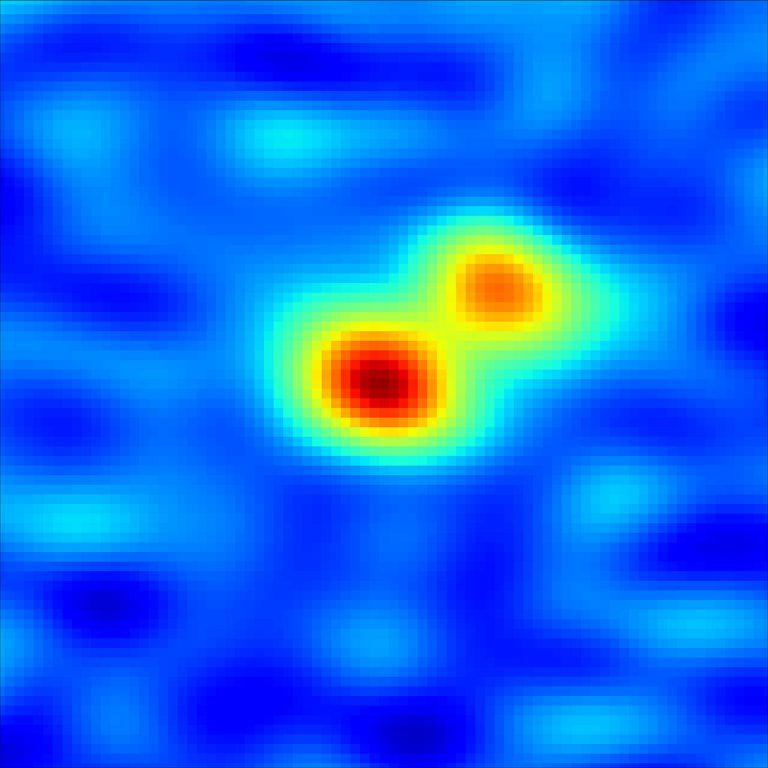 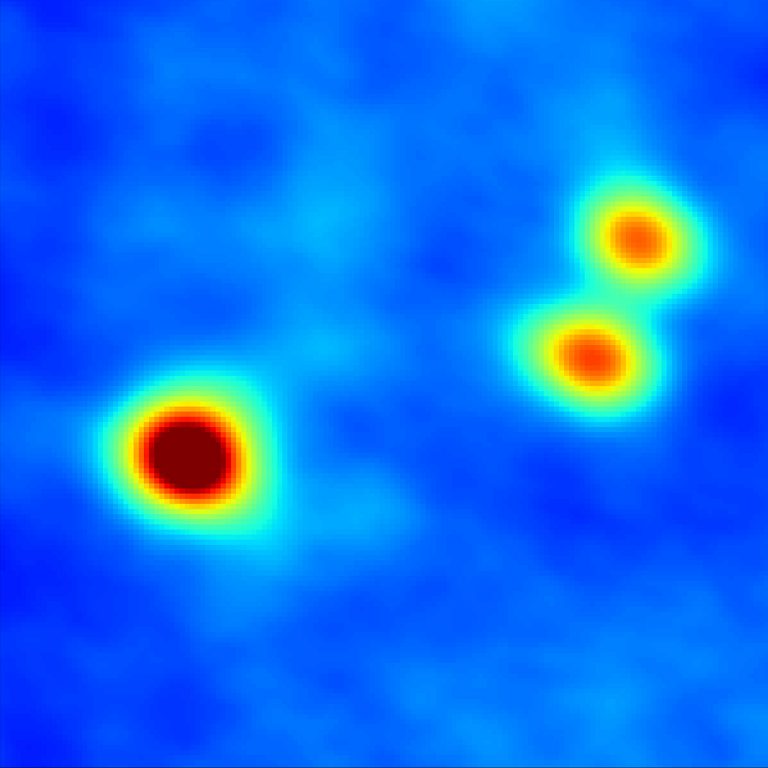 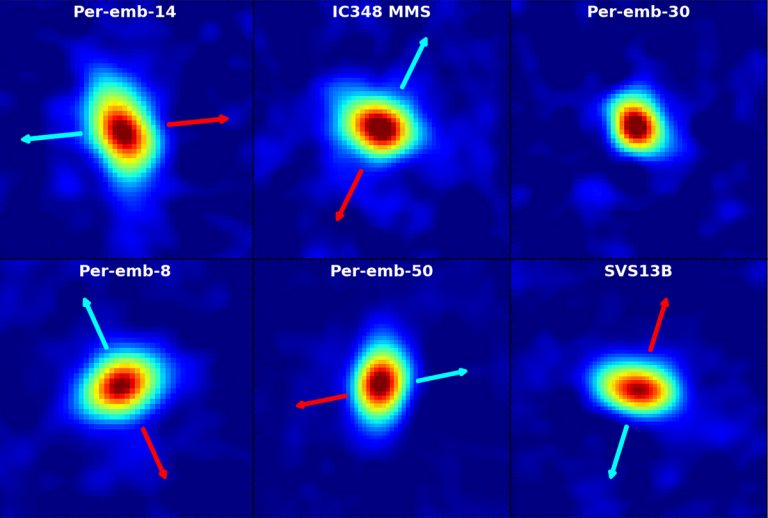 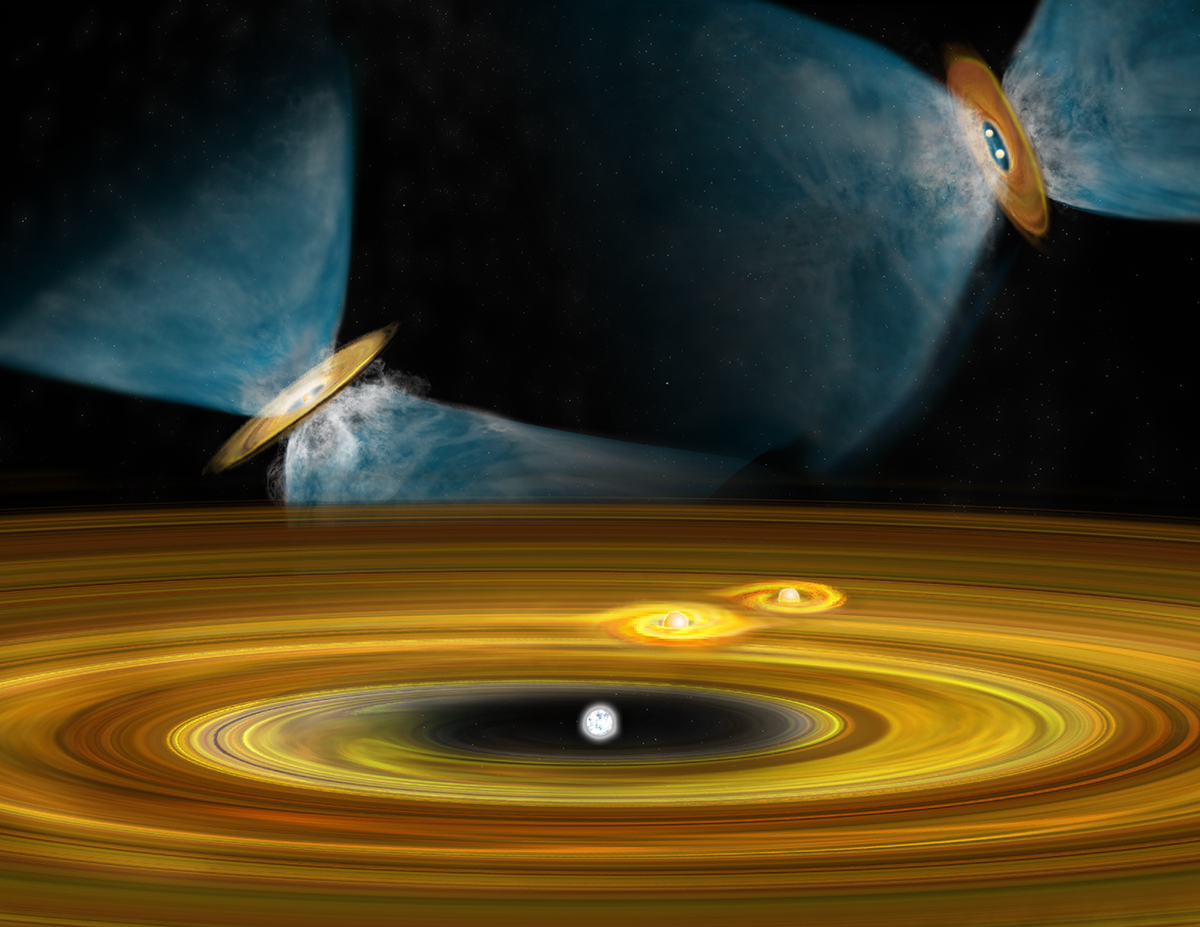 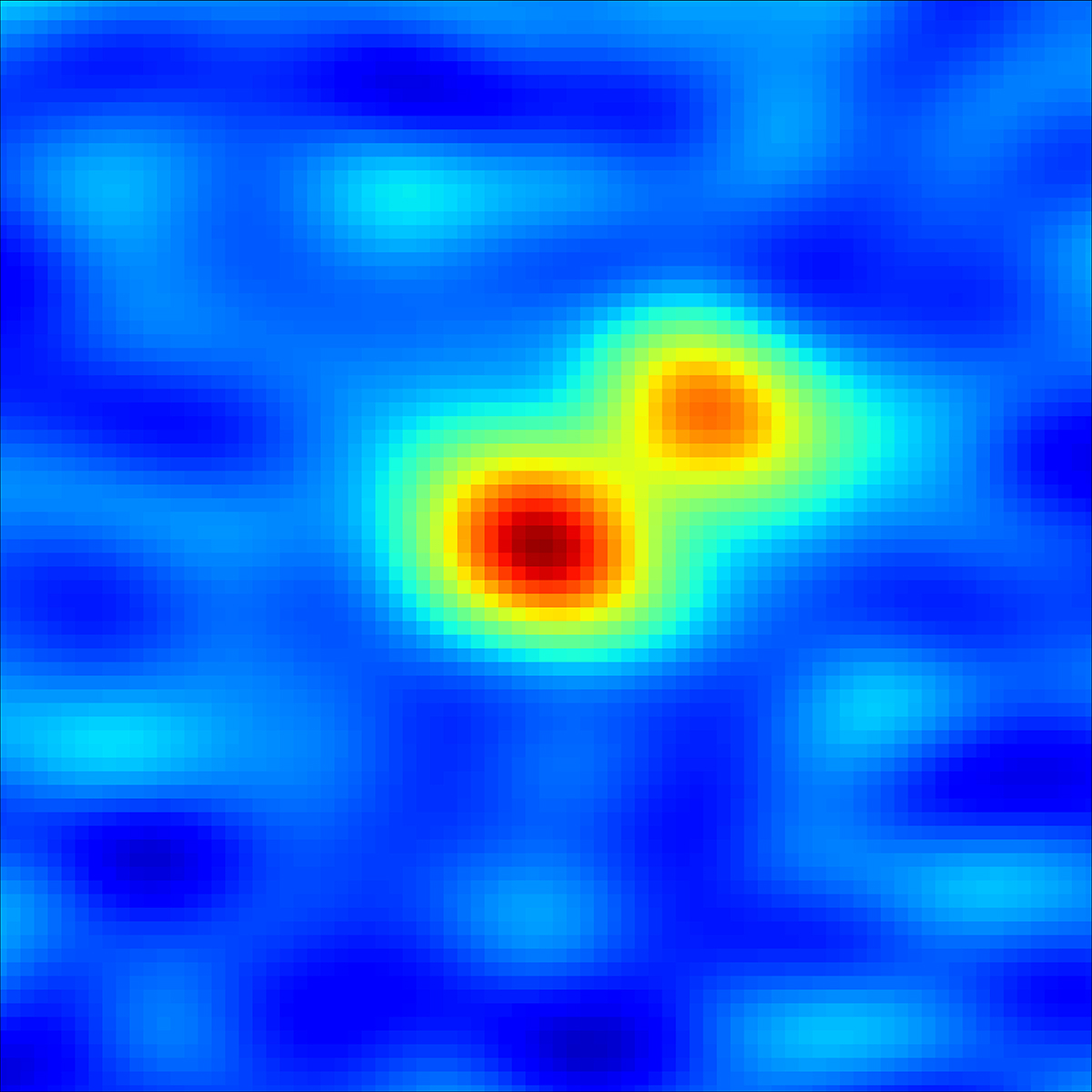 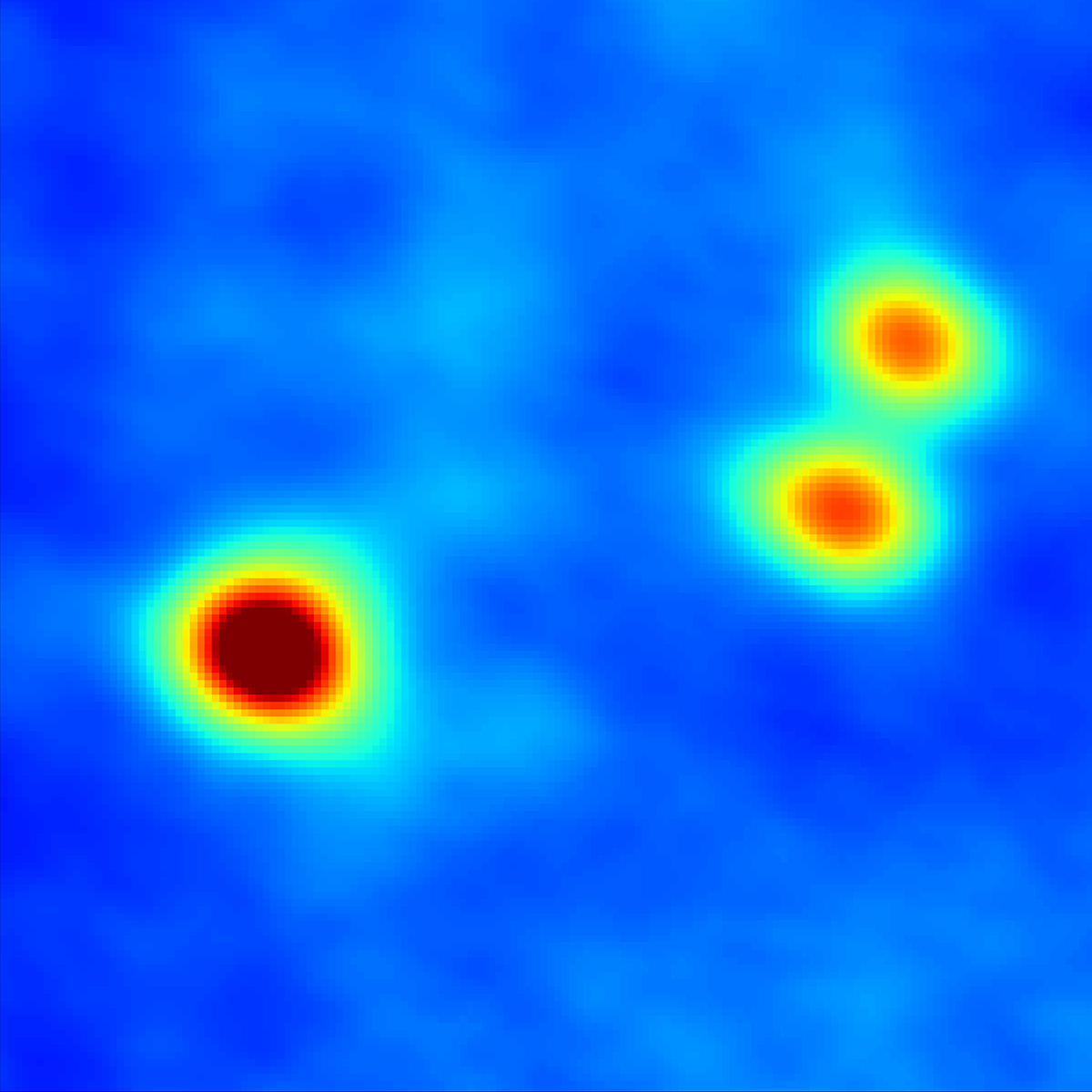 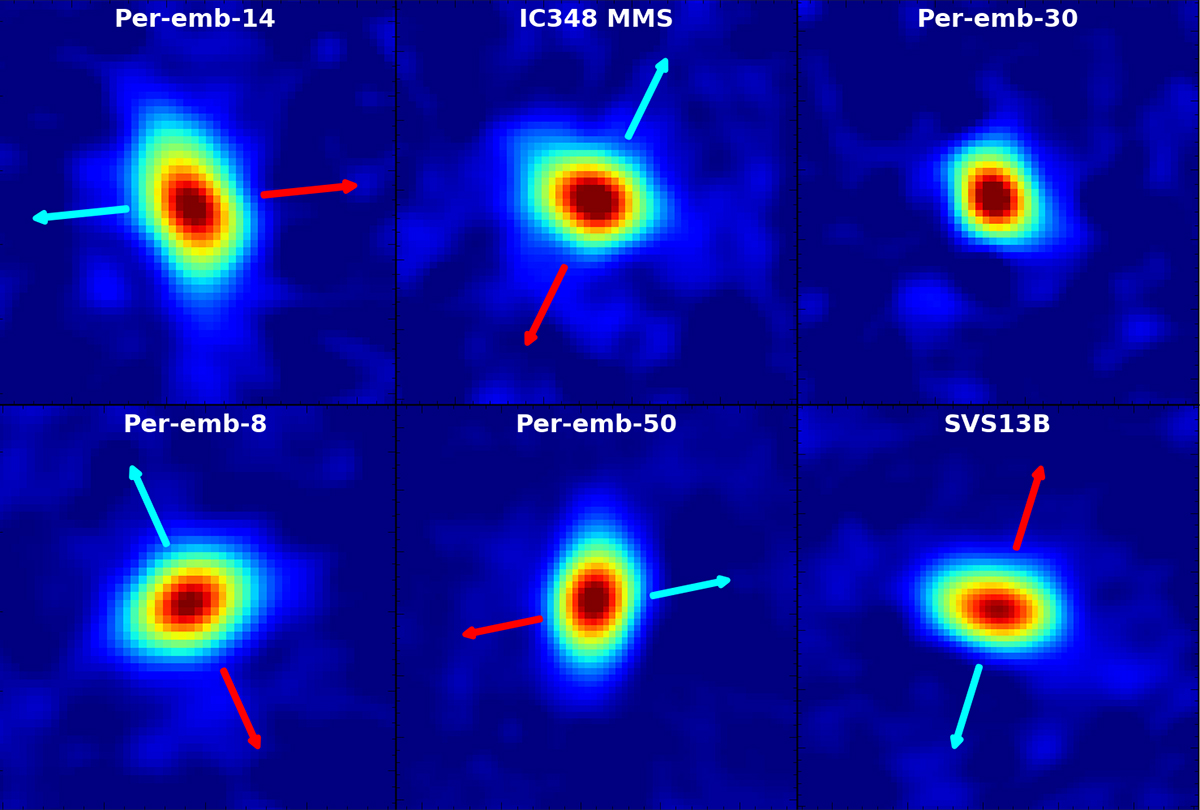