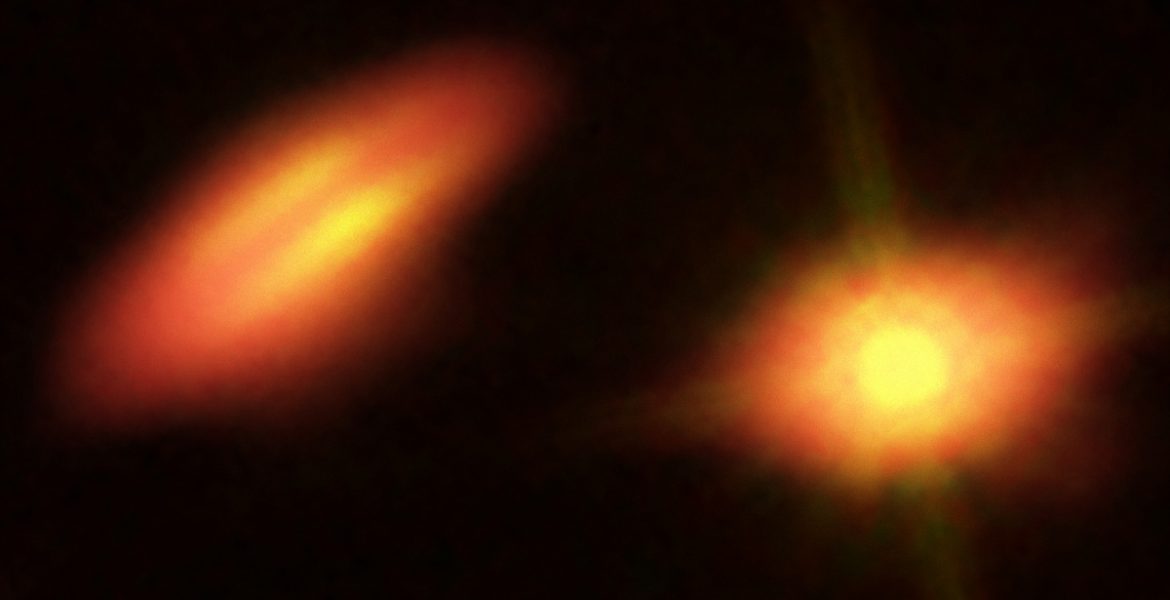 Unlike our solitary Sun, most stars form in binary pairs — two stars that orbit a common center of mass. Though remarkably plentiful, binaries pose a number of questions, including how and where planets form in such complex environments.

While surveying a series of binary stars with the Atacama Large Millimeter/submillimeter Array (ALMA), astronomers uncovered a striking pair of wildly misaligned planet-forming disks in the young binary star system HK Tau. These results provide the clearest picture ever of protoplanetary disks around a double star and could reveal important details about the birth and eventual orbit of planets in a multiple star system.

“ALMA has given us an unprecedented view of a main star and its binary companion sporting mutually misaligned protoplanetary disks,” said Eric Jensen, an astronomer at Swarthmore College in Pennsylvania. “In fact, we may be seeing the formation of a solar system that may never settle down.”

The two stars in this system, which is located approximately 450 light-years from Earth in the constellation Taurus, are less than 5 million years old and separated by about 58 billion kilometers, or 13 times the distance of Neptune from the Sun.

This system’s companion star, dubbed HK Tau B, appears fainter to astronomers on Earth because its disk of dust and gas blocks out much of the starlight. The disk itself, however, can be easily observed by the starlight that it scatters at optical and near-infrared wavelengths.

The disk around the main star, HK Tau A, is tilted in such a way that the light from its host star shines through unobscured, making it difficult for astronomers to see the disk optically. This is not a problem for ALMA, however, which can readily detect the millimeter-wavelength light emitted by the dust and gas that comprise the disk.

With its unprecedented resolution and sensitivity, ALMA was able to fully resolve the rotation of HK Tau A’s disk for the first time. This clearer picture enabled the astronomers to calculate that the disks were misaligned – meaning they were out of sync with the orbit of their host stars — by as much as 60 degrees or more.


This clear misalignment has given us a remarkable look at a young binary star system,” said Rachel Akeson of the NASA Exoplanet Science Institute at the California Institute of Technology in Pasadena, California. “Though there have been hints before that this type of misaligned system exists, this is the cleanest and most striking example.”

Stars and planets form out of vast clouds of dust and gas. As material in these clouds contracts under gravity, it begins to rotate until most of the dust and gas falls into a flattened protoplanetary disk swirling around a growing central protostar. Despite forming from a flat, regular disk, planets can end up in highly eccentric orbits, and may be misaligned with the star’s equator. One theory for how planets can migrate to these unusual orbits is that a binary companion star can influence them — but only if its orbit is initially misaligned with the planets.

“Our results demonstrate that the necessary conditions exist to modify planetary orbits and that these conditions are present at the time of planet formation, apparently due to the binary formation process,” noted Jensen. “We can’t rule other theories out, but we can certainly rule in that a second star will do the job.”

Since ALMA can see the otherwise invisible dust and gas of protoplanetary disks, it allowed for never-before-seen views of this young binary system. “Because we’re seeing this in the early stages of formation with the protoplanetary disks still in place, we can see better how things are oriented,” noted Akeson. “You can simply see gas better than you can see planets.” 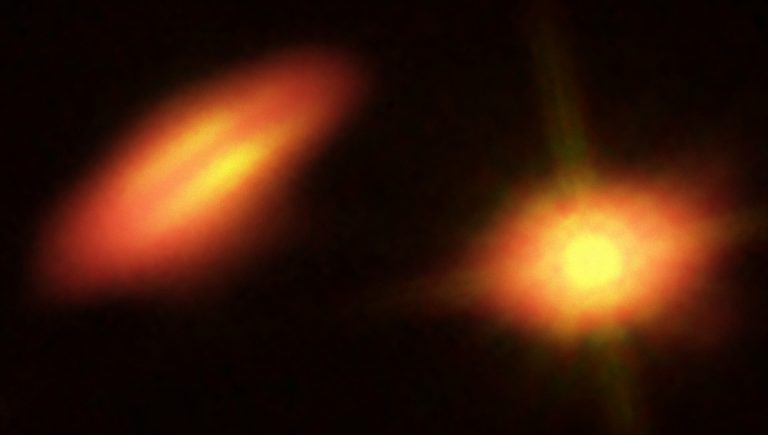 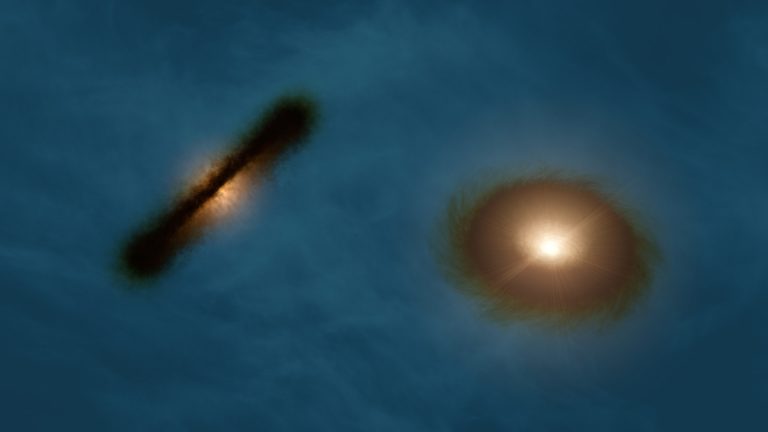 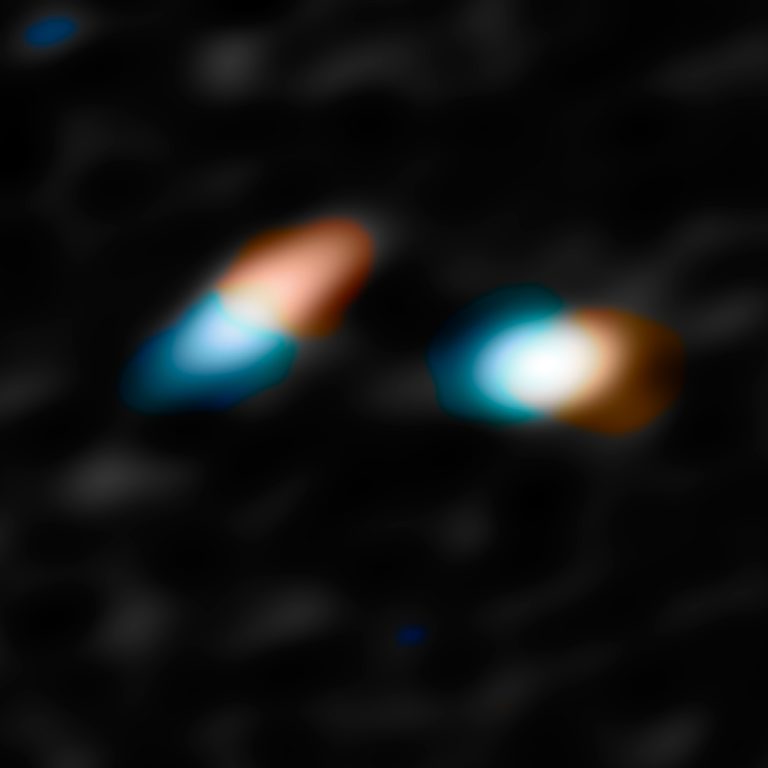 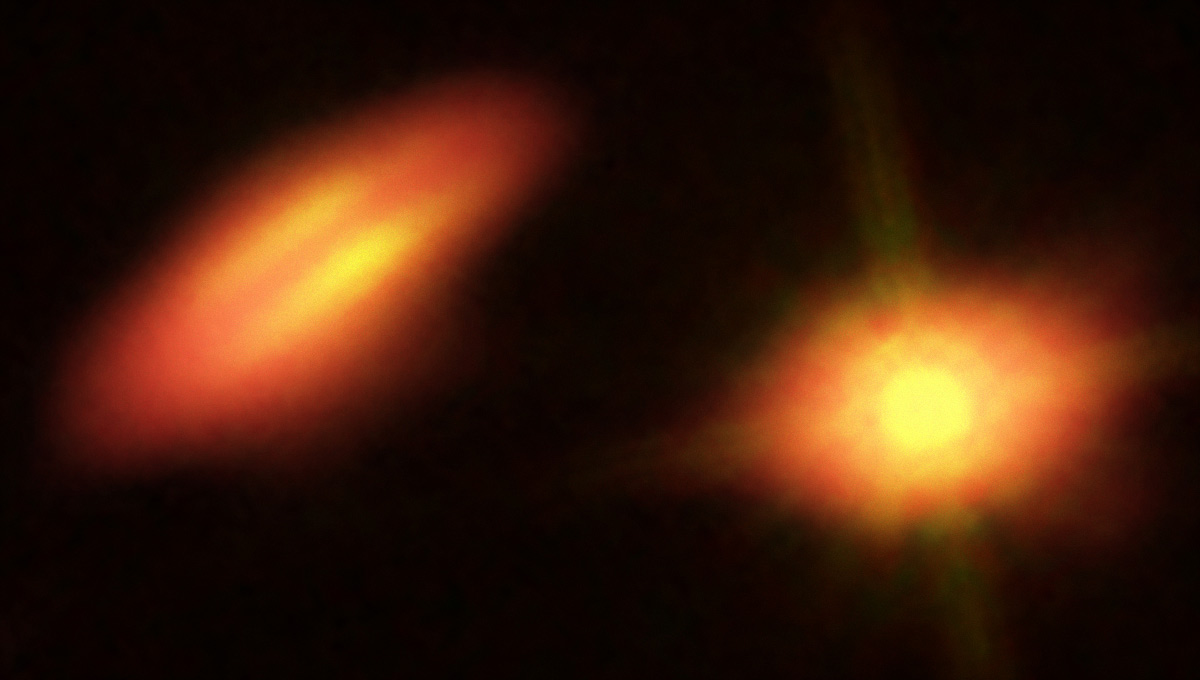 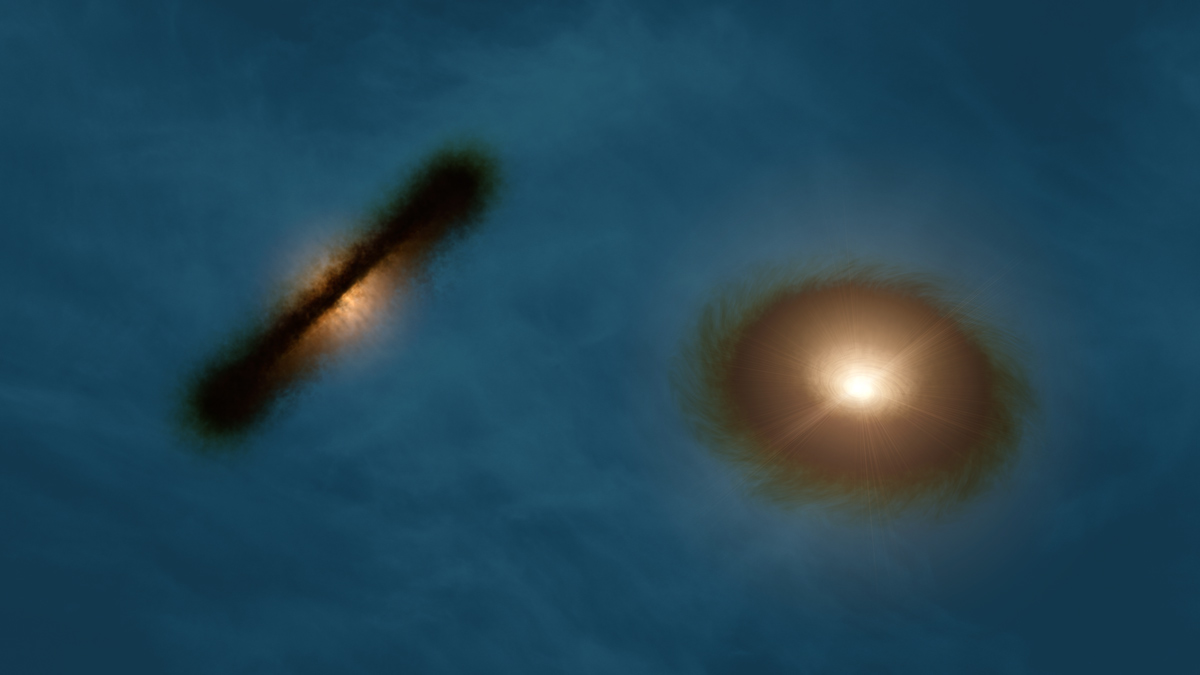 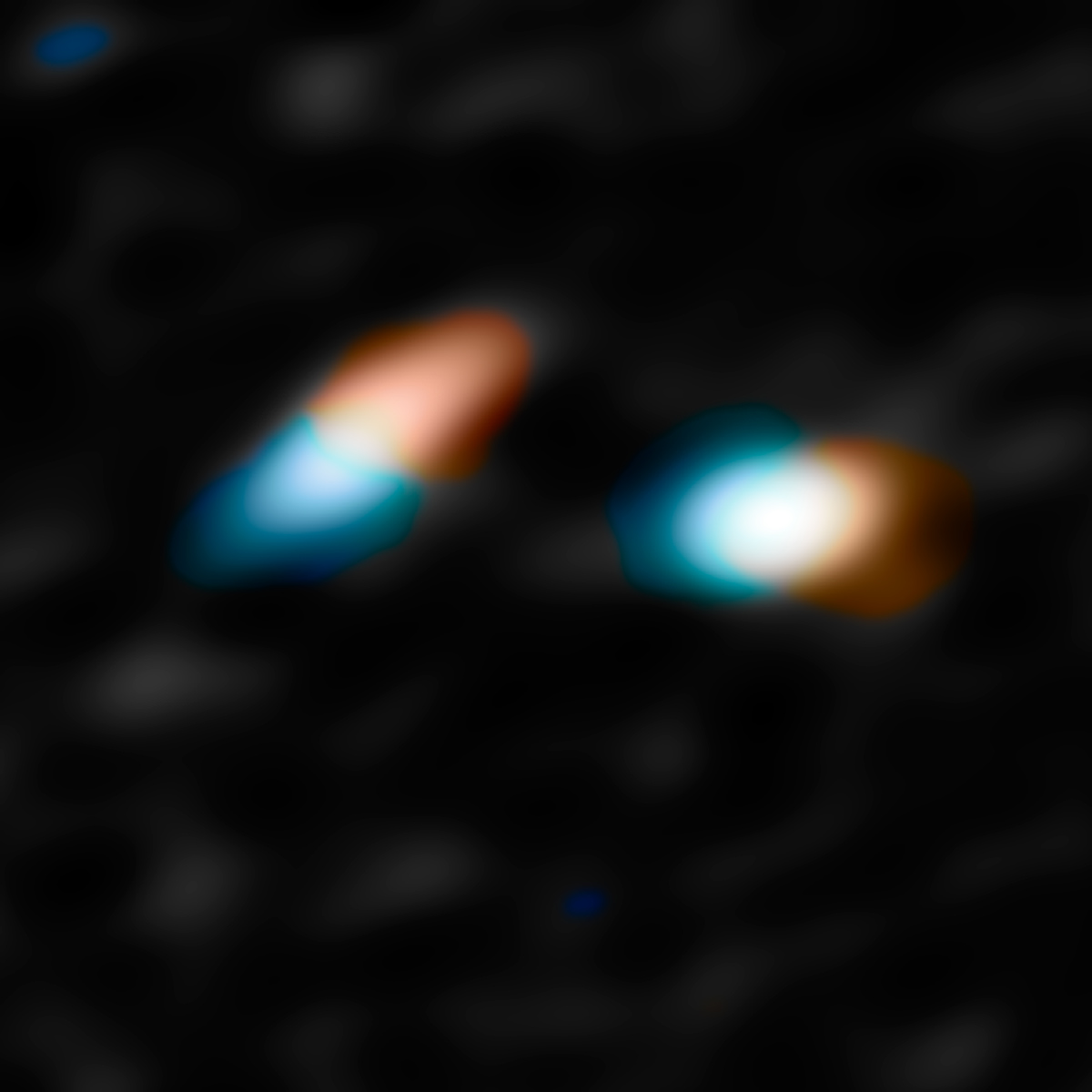