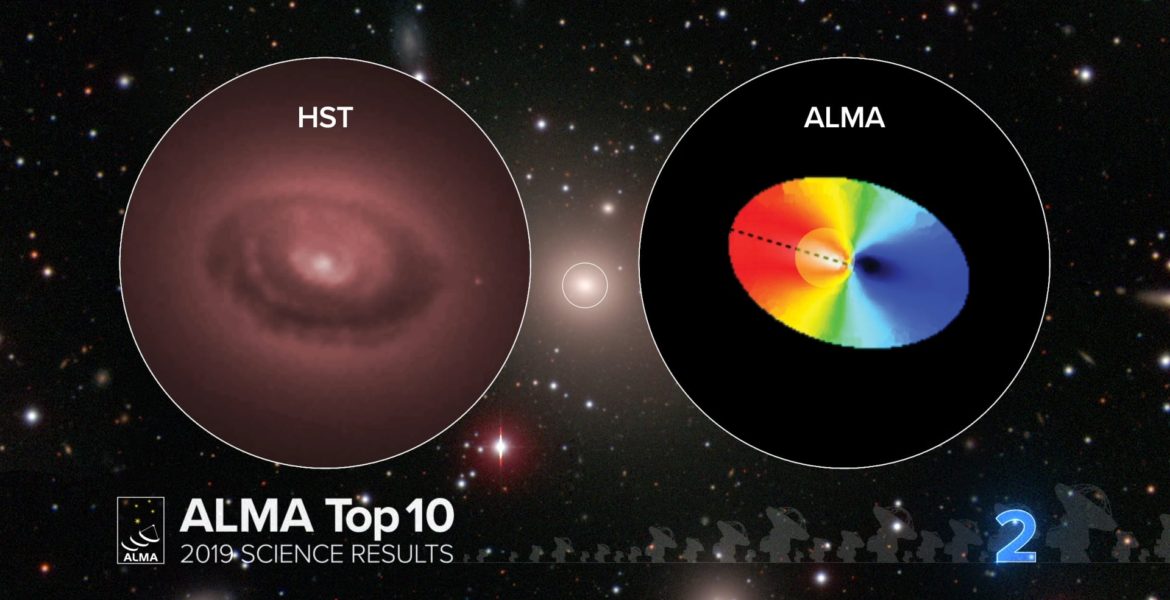 New observations with the Atacama Large Millimeter/submillimeter Array (ALMA) provide an unprecedented close-up view of a swirling disk of cold interstellar gas rotating around a supermassive black hole. This disk lies at the center of NGC 3258, a massive elliptical galaxy about 100 million light-years from Earth. Based on these observations, a team led by astronomers from Texas A&M University and the University of California, Irvine, have determined that this black hole weighs a staggering 2.25 billion solar masses, the most massive black hole measured with ALMA to date.

Copy and paste this URL into your WordPress site to embed

Copy and paste this code into your site to embed