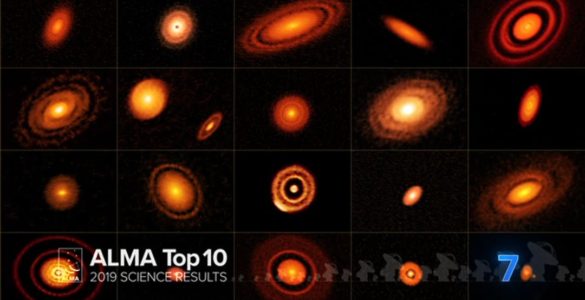 Astronomers have cataloged nearly 4,000 exoplanets in orbit around distant stars. Though the discovery of these newfound worlds has taught us much, there is still a great deal we do not know about the birth of planets and the precise cosmic recipes that spawn the wide array of planetary bodies we have already uncovered, including so-called hot Jupiters, massive rocky worlds, icy dwarf planets, and – hopefully someday soon – distant analogs of Earth.

To help answer these and other intriguing questions, a team of astronomers has conducted ALMA‘s first large-scale, high-resolution survey of protoplanetary disks the belts of dust and gas around young stars, known as the Disk Substructures at High Angular Resolution Project (DSHARP).

Copy and paste this URL into your WordPress site to embed

Copy and paste this code into your site to embed