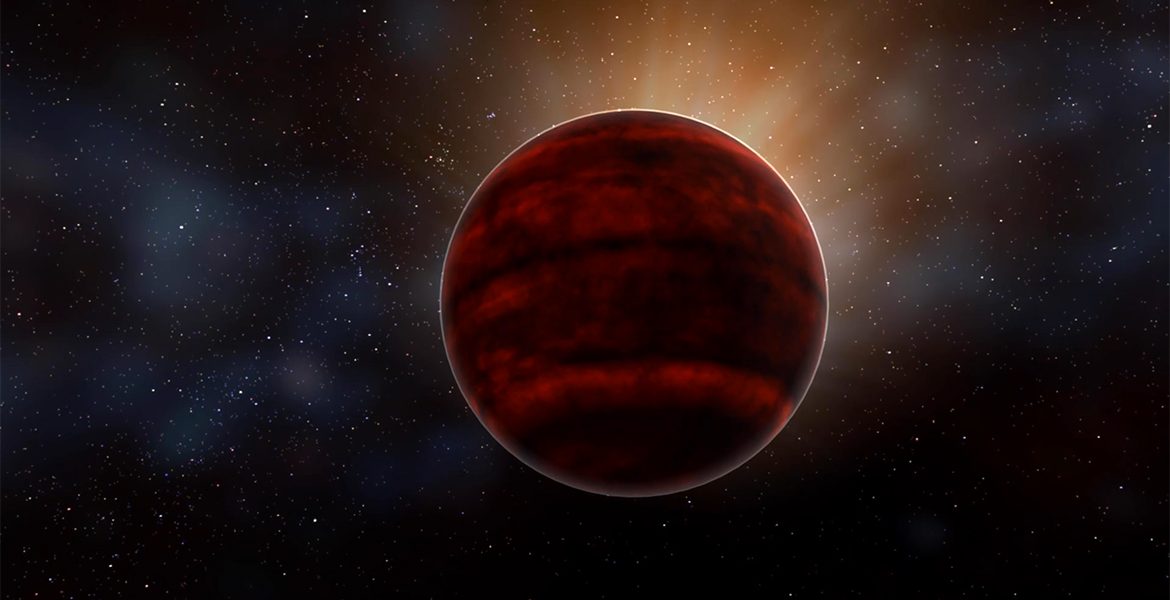 Space weather emitted by Proxima Centauri, the star closest to our sun, may make that system rather inhospitable to life after all.

Using data from the Atacama Large Millimeter/submillimeter Array (ALMA), a team of astronomers discovered that a powerful stellar flare erupted from Proxima Centauri last March. This finding, published in the Astrophysical Journal Letters, raises questions about the habitability of our solar system’s nearest exoplanetary neighbor, Proxima b, which orbits Proxima Centauri.

At its peak, the newly recognized flare was 10 times brighter than our sun’s largest flares, when observed at similar wavelengths. Stellar flares have not been well studied at the millimeter and submillimeter wavelengths detected by ALMA, especially around stars of Proxima Centauri’s type, called M dwarfs, which are the most common in our galaxy.

“March 24, 2017, was no ordinary day for Proxima Cen,” said Meredith MacGregor, an astronomer at the Carnegie Institution for Science, Department of Terrestrial Magnetism in Washington, D.C., who led the research with fellow Carnegie astronomer Alycia Weinberger. Along with colleagues from the Harvard-Smithsonian Center for Astrophysics, David Wilner and Adam Kowalski, and Steven Cranmer of the University of Colorado Boulder — they discovered the enormous flare when they reanalyzed ALMA observations taken last year.

The flare increased Proxima Centauri’s brightness by 1,000 times over 10 seconds. This was preceded by a smaller flare; taken together, the whole event lasted fewer than two minutes of the 10 hours that ALMA observed the star between January and March of last year.

Stellar flares happen when a shift in the star’s magnetic field accelerates electrons to speeds approaching that of light. The accelerated electrons interact with the highly charged plasma that makes up most of the star, causing an eruption that produces emission across the entire electromagnetic spectrum.

“It’s likely that Proxima b was blasted by high energy radiation during this flare,” MacGregor explained, adding that it was already known that Proxima Centauri experienced regular, although smaller, X-ray flares. “Over the billions of years since Proxima b formed, flares like this one could have evaporated any atmosphere or ocean and sterilized the surface, suggesting that habitability may involve more than just being the right distance from the host star to have liquid water.”

An earlier paper that also used the same ALMA data interpreted its average brightness, which included the light output of both the star and the flare together, as being caused by multiple disks of dust encircling Proxima Centauri, not unlike our own solar system’s asteroid and Kuiper belts.

But when MacGregor, Weinberger, and their team looked at the ALMA data as a function of observing time, instead of averaging it all together, they were able to see the transient explosion of radiation emitted from Proxima Centauri for what it truly was.

“There is now no reason to think that there is a substantial amount of dust around Proxima Cen,” Weinberger said. “Nor is there any information yet that indicates the star has a rich planetary system like ours.”

This research was supported in part by a National Science Foundation Astronomy and Astrophysics Postdoctoral Fellowship under Award No. 1701406.

The Carnegie Institution for Science (carnegiescience.edu) is a private, nonprofit organization headquartered in Washington, D.C., with six research departments throughout the U.S. Since its founding in 1902, the Carnegie Institution has been a pioneering force in basic scientific research. Carnegie scientists are leaders in plant biology, developmental biology, astronomy, materials science, global ecology, and Earth and planetary science. 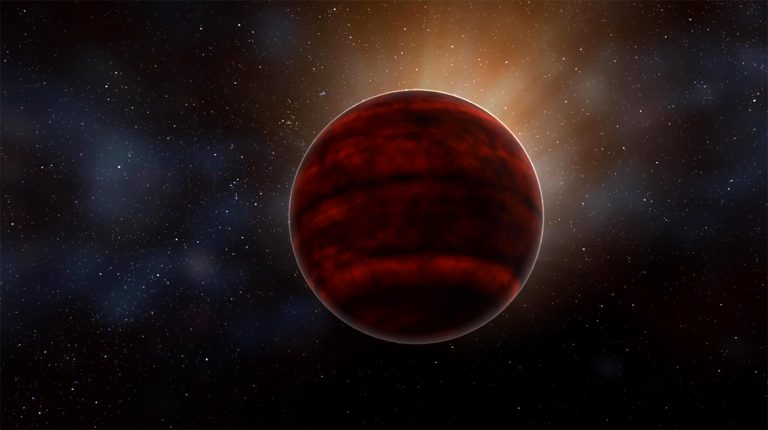 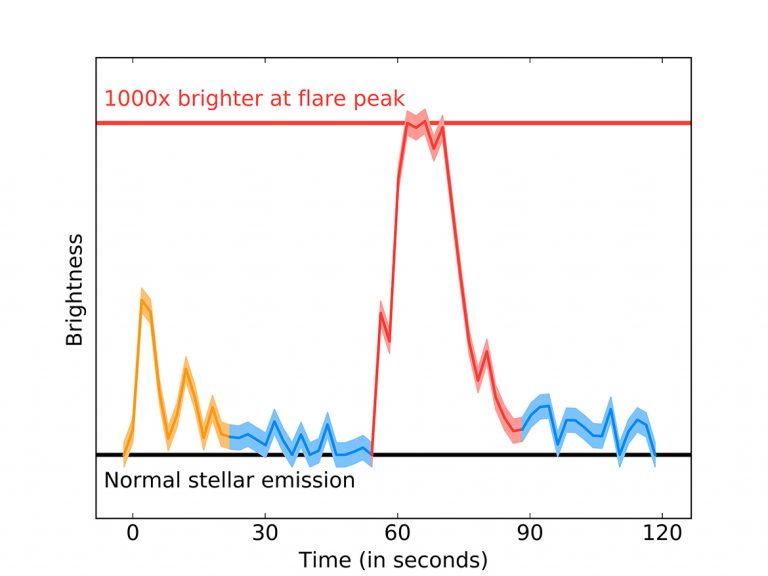 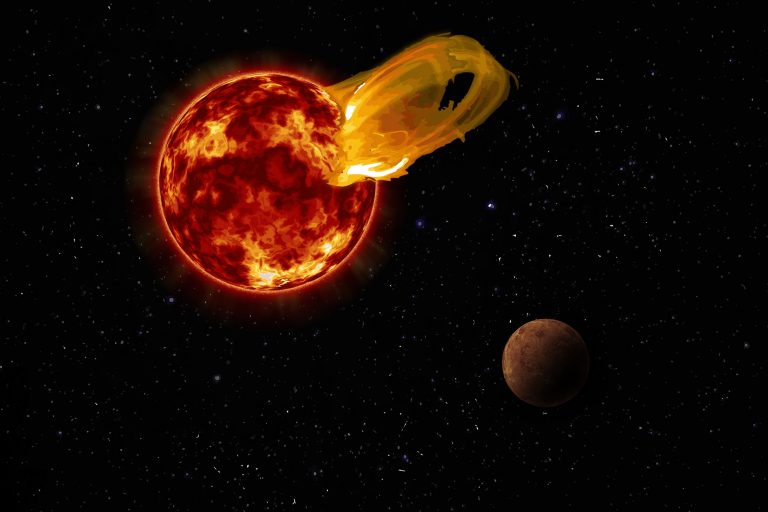 An artist’s impression of a flare from Proxima Centauri, modeled after the loops of glowing...Read More
Credit: Roberto Molar Candanosa / Carnegie Institution for Science, NASA/SDO, NASA/JPL 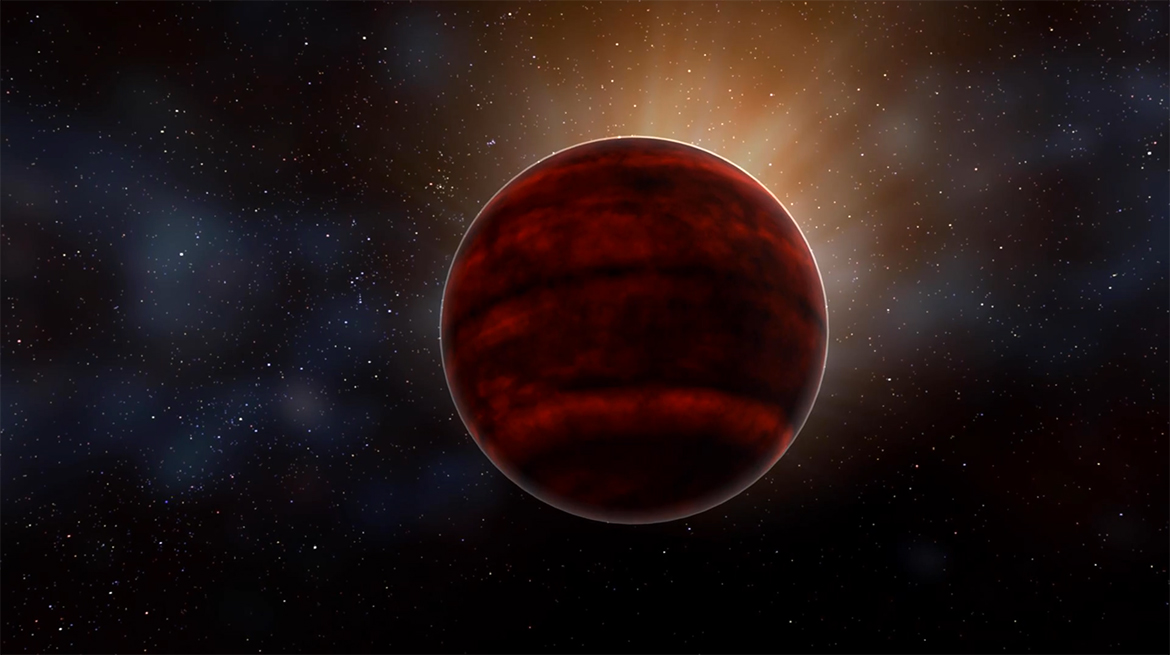 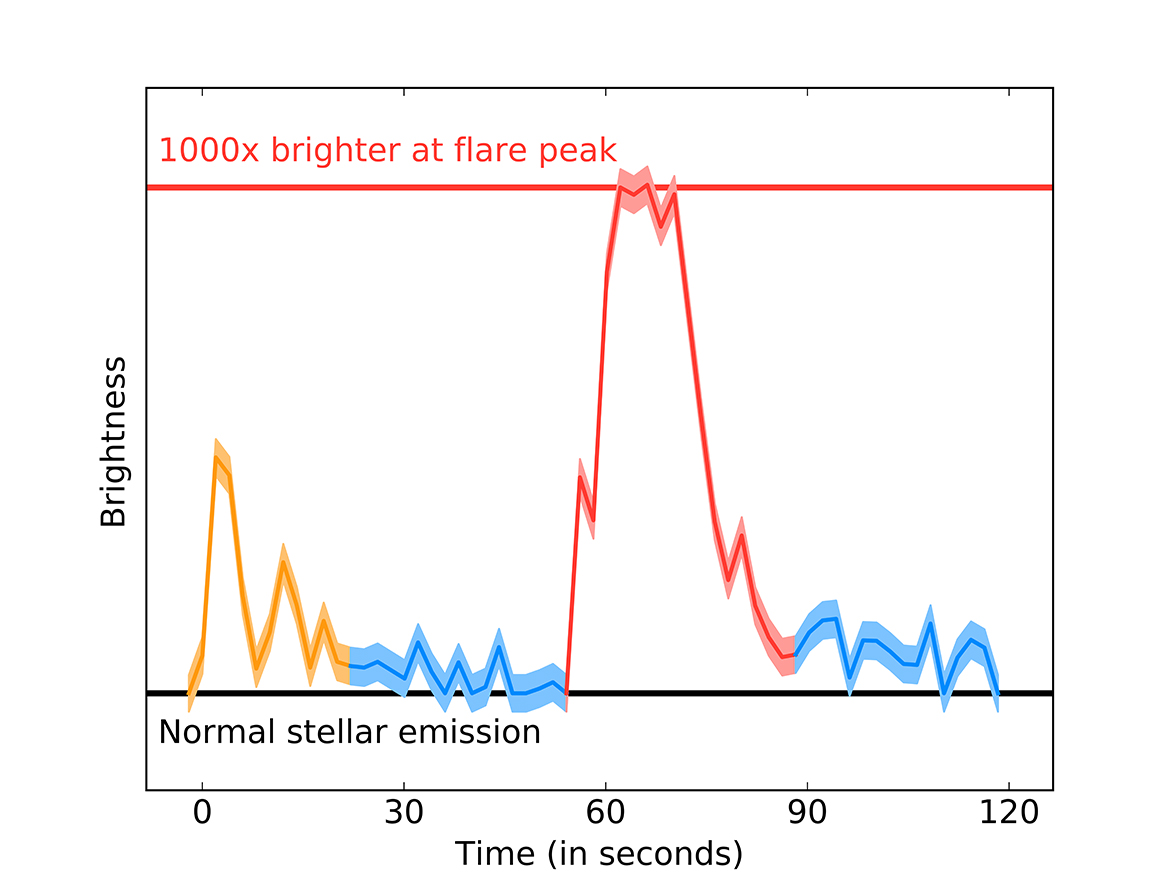 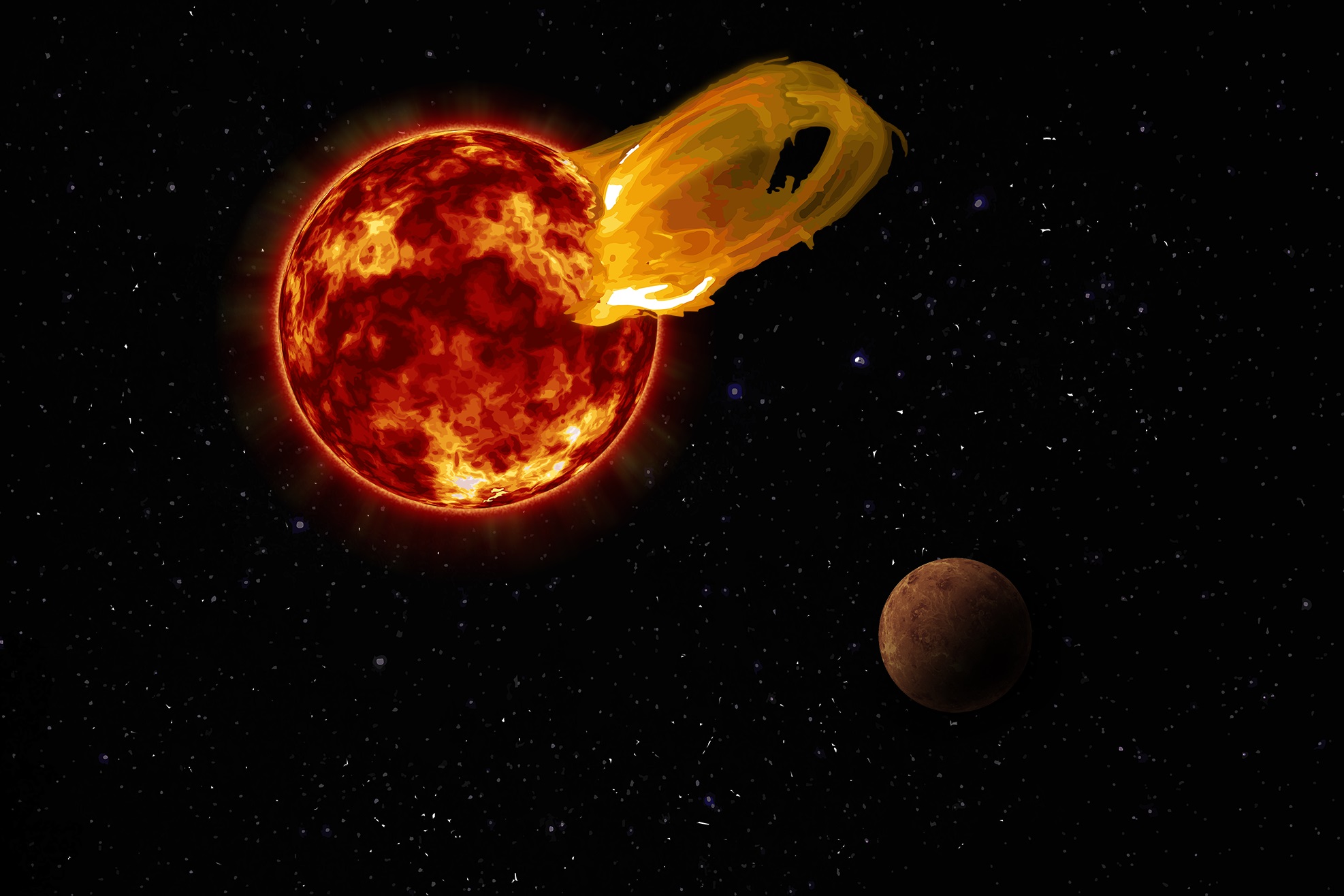