Arrays of radio telescopes form the most gigantic eyes on the sky, with the largest spanning over 5,300 miles across. Dish-shaped antennas are the most accurate radio telescopes ever built, and the NRAO runs the most powerful and most productive of them. 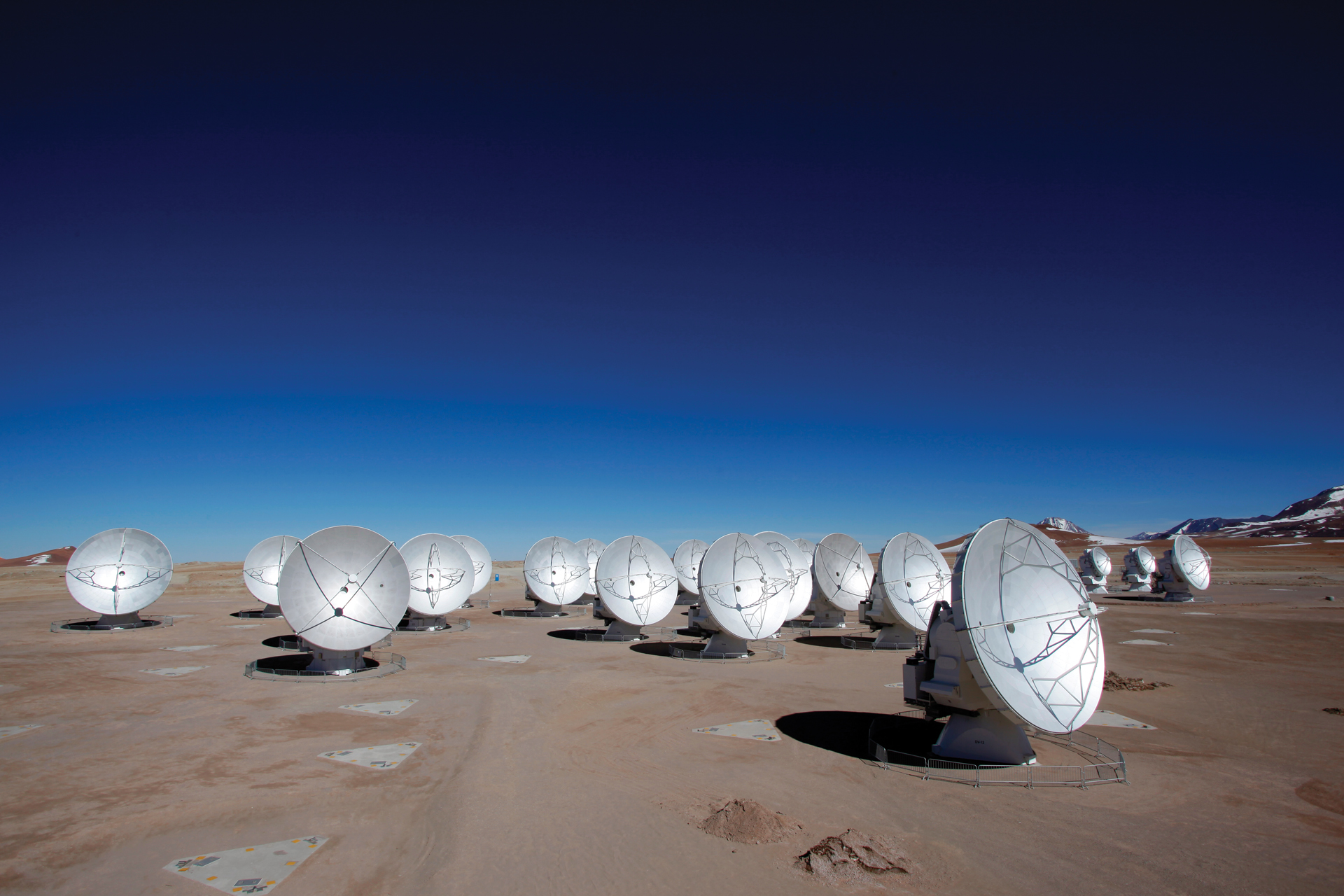 The Atacama Large Millimeter/submillimeter Array in the Atacama Desert, Chile, is the most complex observatory ever built. 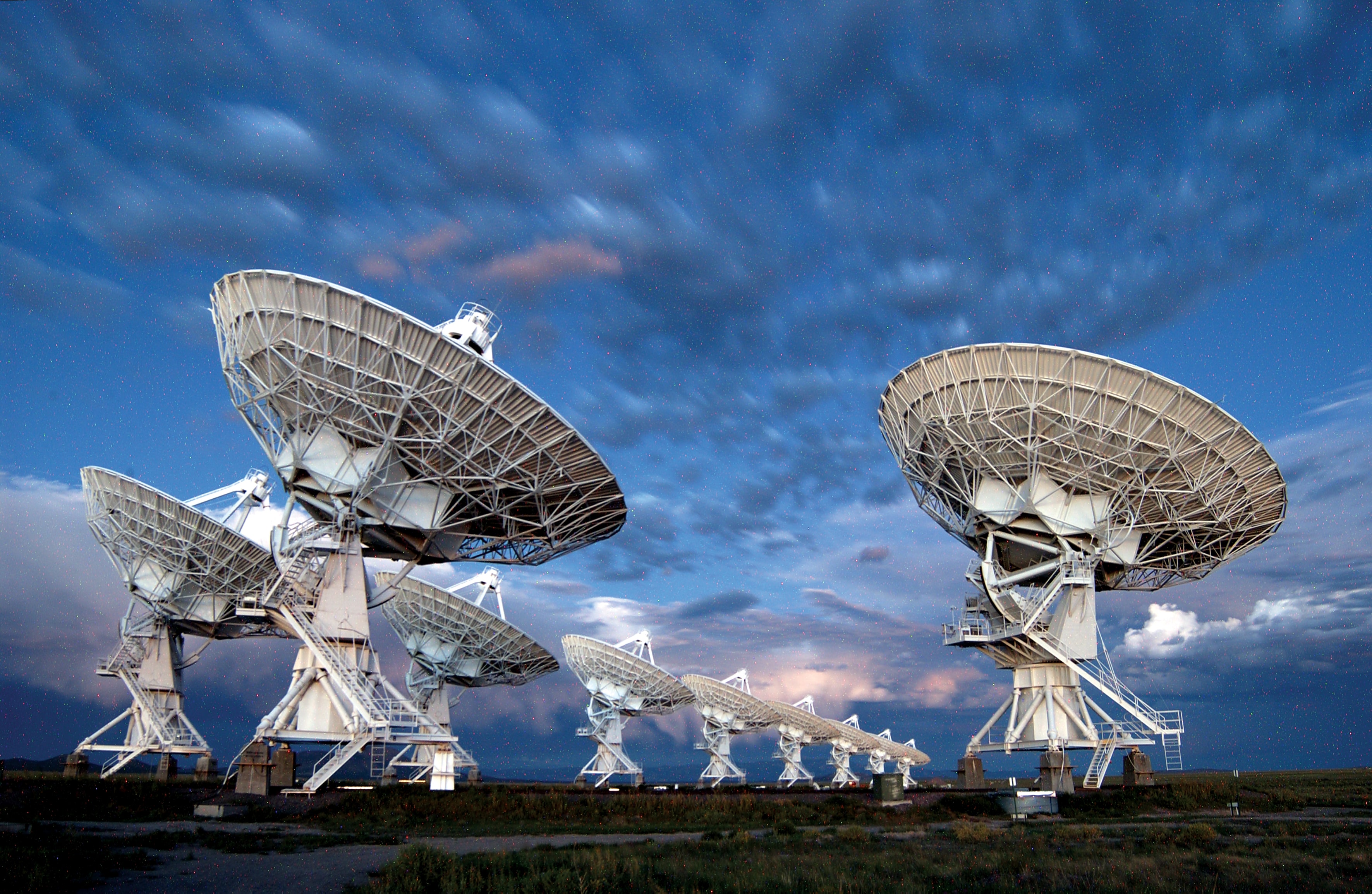 The VLA is the most advanced radio telescope array on Earth, a customizable interferometer that spans up to 22 miles across.

Want to know what we’re observing in real time? NRAO’s Mission Control shows the entire sky surrounding the earth with color-coded targets, marking the place on the sky where each telescope is pointing right now.

Besides operating premier observatories for the astronomical community, NRAO has undertaken two major initiatives in service to the broader science community. 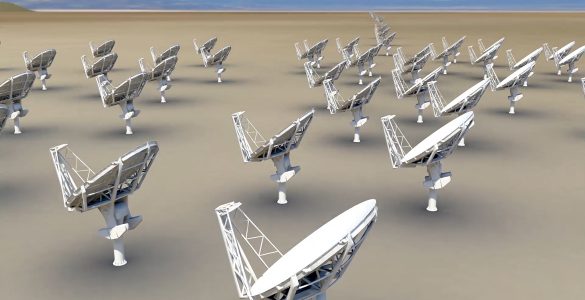 As part of the mandate to the Observatory, the NRAO is looking toward the long-range future of radio astronomy, engaging with the broad science and technical community to design the next generation of VLA. 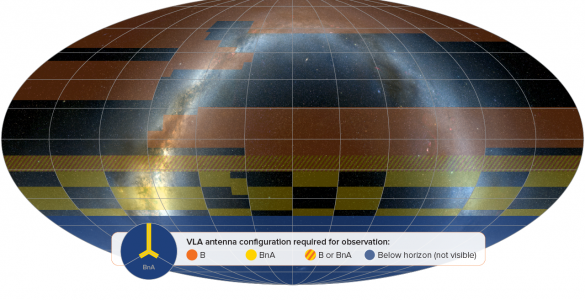 The Very Large Array will survey the entire sky visible taken from their location three times over the next seven years. The survey, VLASS, will provide unprecedented resolution with improved sensitivity and this data will flow directly into the archives to the community to mine for discoveries.

These are some telescopes with which we have strong ties. 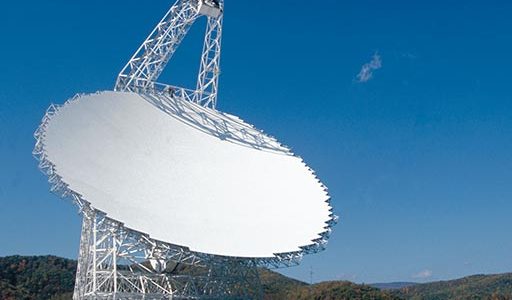 For over 50 years, we have been building and running radio antennas of all shapes and sizes, sometimes hauling them around the countryside. 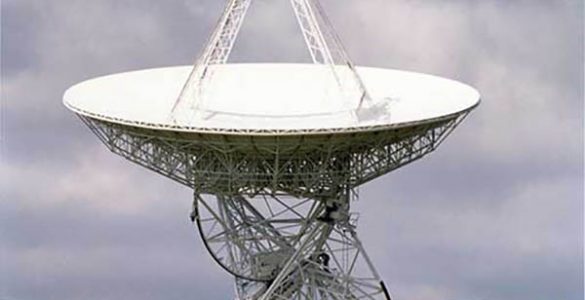 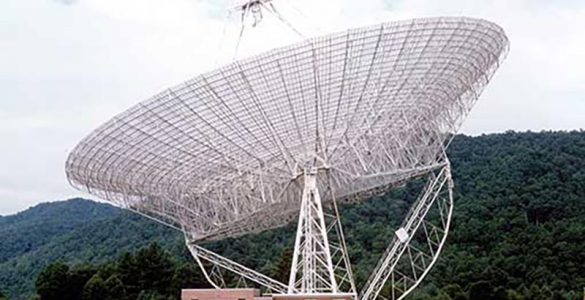 A 300-foot transit radio telescope operated in Green Bank from 1962 until 1988. It was the world’s largest telescope for many years. 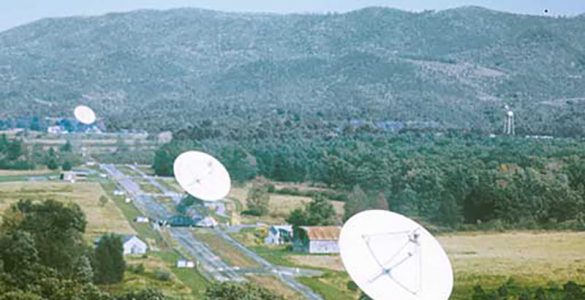 The Green Bank Interferometer is a set of three 85-foot dish antennas that were used together with an outlier as one large telescope. 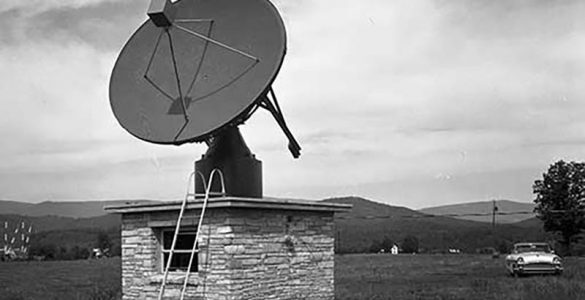 Since the late 1950s, we have built radio telescopes to detect millimeter waves, the shortest radio waves that reach us through the atmosphere. 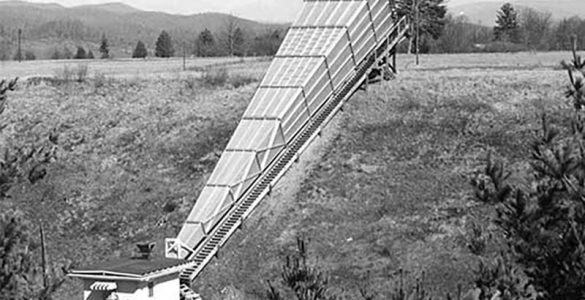 Measuring the atmosphere, radio interference, and the radiation from bright radio sources is a critical part of making accurate observations.

Interested in the technology and engineering that go into the telescopes themselves? Read about it here. 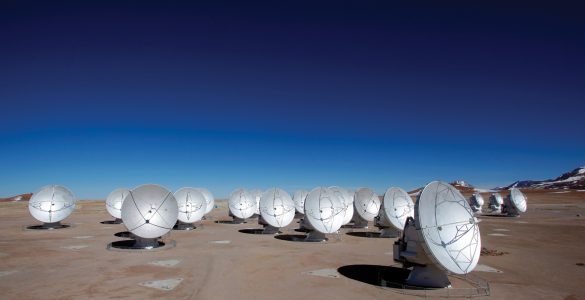 What are Radio Telescopes?

We use radio telescopes to study naturally occurring radio light from stars, galaxies, black holes, and other astronomical objects. 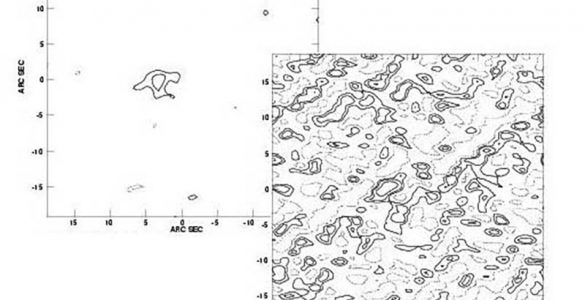 The radio signals arriving on Earth from astronomical objects are extremely weak — millions (or billions) of times weaker than the signals used by communication systems. 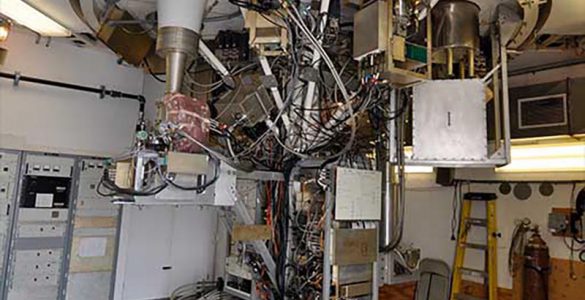 At today’s observatories, the needs of astronomers for better instruments continue to drive developments in such fields as electronics, mechanical engineering, and computer science. 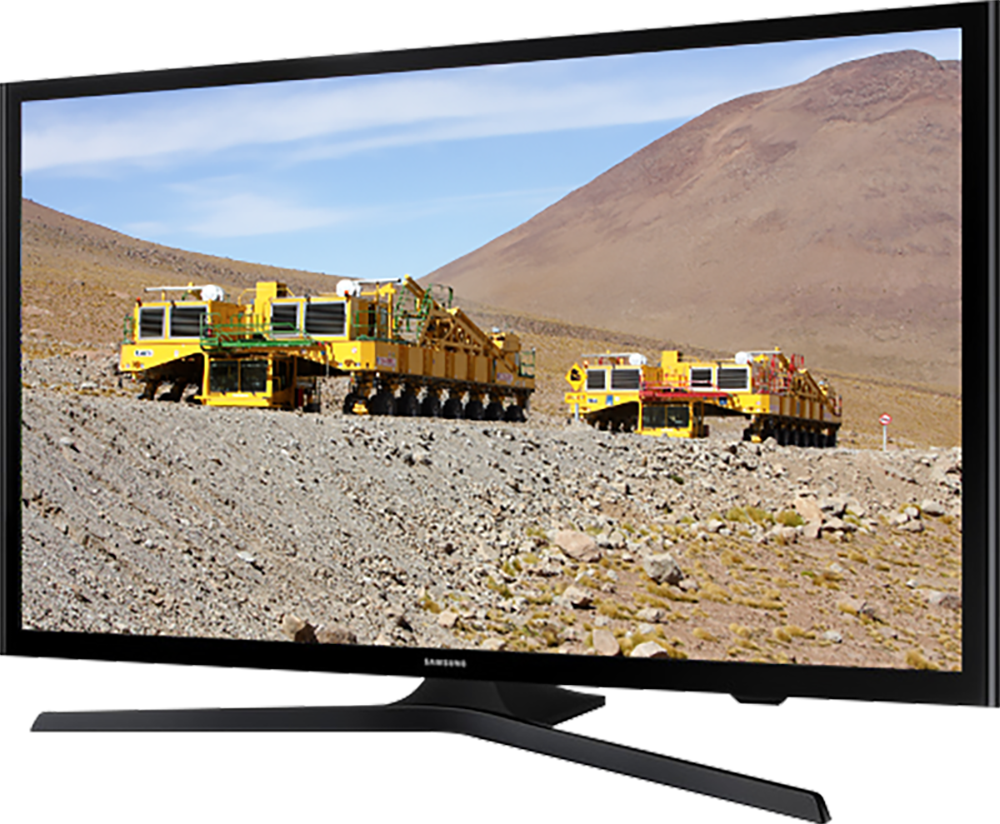 As Seen on TV!

Into Deepest Space: The Story of Alma

Enjoy this 52-minute public television documentary that reveals the motivations, struggles, and ultimate triumphs of the people designing and building the most elaborate ground-based astronomical observatory ever, the Atacama Large Millimeter/submillimeter Array (ALMA). 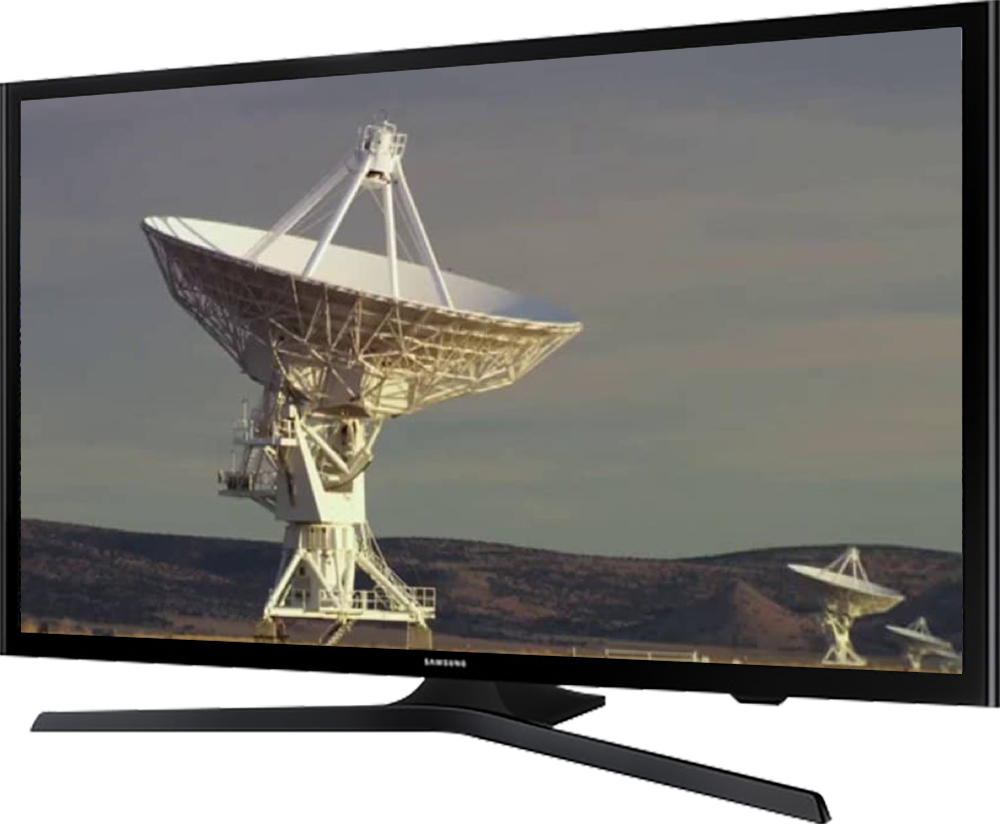 As Seen on TV!

Beyond The Visible: The Story of the Very Large Array

This 24-minute production explores the synergies of technology and human curiosity that power the world's most productive radio telescope. Narrated by Academy Award-winning actress Jodie Foster (star of the film "Contact," which was based on the novel by Carl Sagan and filmed at the VLA), the program depicts many of the people whose diverse efforts enable the VLA to be a cutting-edge resource for astronomers and humanity worldwide.