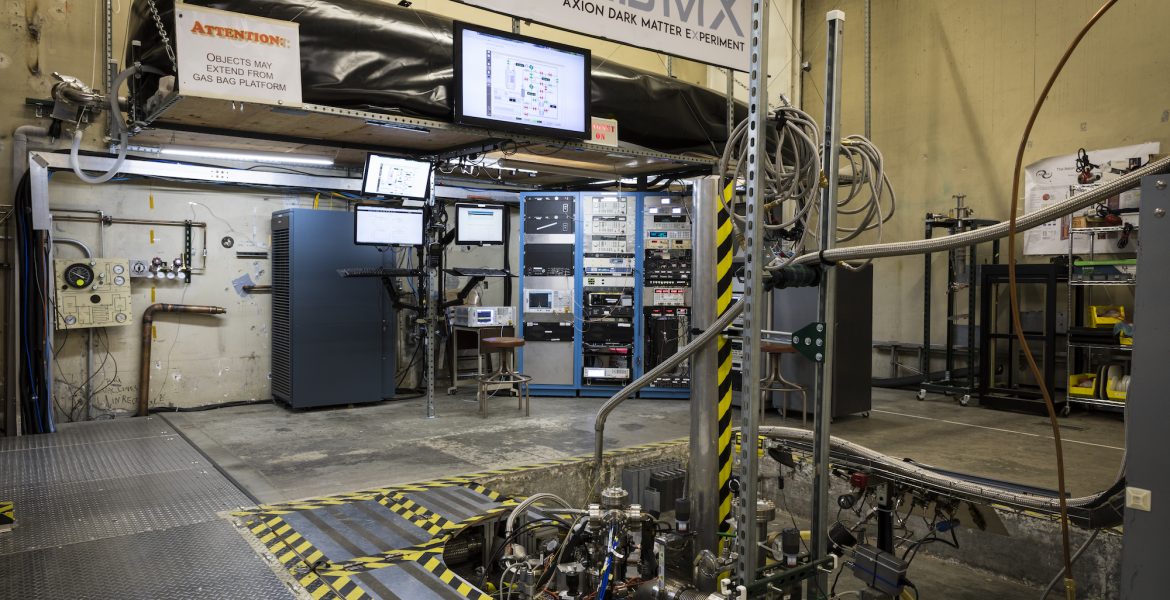 Forty years ago, scientists theorized a new kind of low-mass particle that could solve one of the enduring mysteries of nature: what dark matterDark matterA type of matter that does not interact with or emit visible light or other forms of electromagnetic radiation, as far as we know. Its existence is inferred by its obvious gravitational effects. is made of. Now a new chapter in the search for that particle has begun.

This week, the Axion Dark Matter Experiment (ADMX) unveiled a new result (published in Physical Review Letters) that places it in a category of one: it is the world’s first and only experiment to have achieved the necessary sensitivity to “hear” the telltale signs of dark matter axions. This technological breakthrough is the result of more than 30 years of research and development, with the latest piece of the puzzle coming in the form of a quantum-enabled device that allows ADMX to listen for axions more closely than any experiment ever built.

ADMX is managed by the U.S. Department of Energy’s Fermi National Accelerator Laboratory and located at the University of Washington. This new result, the first from the second-generation run of ADMX, sets limits on a small range of frequencies where axions may be hiding, and sets the stage for a wider search in the coming years.

“This result signals the start of the true hunt for axions,” said Fermilab’s Andrew Sonnenschein, the operations manager for ADMX. “If dark matter axions exist within the frequency band we will be probing for the next few years, then it’s only a matter of time before we find them.”

One theory suggests that the dark matter that holds galaxies together might be made up of a vast number of low-mass particles, which are almost invisible to detection as they stream through the cosmos. Efforts in the 1980s to find this particle, named the axion by theorist Frank Wilczek, currently of the Massachusetts Institute of Technology, were unsuccessful, showing that their detection would be extremely challenging.

ADMX is an axion haloscope — essentially a large, low-noise, radio receiver, which scientists tune to different frequencies and listen to find the axion signal frequency. Axions almost never interact with matter, but with the aid of a strong magnetic field and a cold, dark, properly tuned, reflective box, ADMX can “hear” photons created when axions convert into electromagnetic waves inside the detector.

“If you think of an AM radio, it’s exactly like that,” said Gray Rybka, co-spokesperson for ADMX and assistant professor at the University of Washington. “We’ve built a radio that looks for a radio station, but we don’t know its frequency. We turn the knob slowly while listening. Ideally we will hear a tone when the frequency is right.”

This detection method, which might make the “invisible axion” visible, was invented by Pierre Sikivie of the University of Florida in 1983, as was the notion that galactic halos could be made of axions.

Pioneering experiments and analyses by a collaboration of Fermilab, the University of Rochester and the U.S. Department of Energy’s Brookhaven National Laboratory, as well as scientists at the University of Florida, demonstrated the practicality of the experiment. This led to the construction in the late 1990s of a large-scale detector at the U.S. Department of Energy’s Lawrence Livermore National Laboratory that is the basis of the current ADMX.

It was only recently, however, that the ADMX team has been able to deploy superconducting quantum amplifiers to their full potential enabling the experiment to reach unprecedented sensitivity. Previous runs of ADMX were stymied by background noise generated by thermal radiation and the machine’s own electronics.

Fixing thermal radiation noise is easy: a refrigeration system cools the detector down to 0.1 Kelvin (roughly -460 degrees Fahrenheit). But eliminating the noise from electronics proved more difficult. The first runs of ADMX used standard transistor amplifiers, but after connecting with John Clarke, a professor at the University of California Berkeley, Clarke developed a quantum-limited amplifier for the experiment.  This much quieter technology, combined with the refrigeration unit, reduces the noise by a significant enough level that the signal, should ADMX discover one, will come through loud and clear.

The unprecedented sensitivity of the ADMX instrument is also achieved, in part, by the low-noise cryogenic amplifier used as the second stage of the receiver. This specially designed amplifier, originally developed at the National Radio Astronomy Observatory’s Central Development Laboratory by Rich Bradley for the prime-focus receiver on the Green Bank Telescope, is ideally suited for ADMX, even when operating in a powerful magnetic field environment.

“The initial versions of this experiment, with transistor-based amplifiers would have taken hundreds of years to scan the most likely range of axion masses. With the new superconducting detectors we can search the same range on timescales of only a few years,” said Gianpaolo Carosi, co-spokesperson for ADMX and scientist at Lawrence Livermore National Laboratory.

“This result plants a flag,” said Leslie Rosenberg, professor at the University of Washington and chief scientist for ADMX. “It tells the world that we have the sensitivity, and have a very good shot at finding the axion. No new technology is needed. We don’t need a miracle anymore, we just need the time.”

ADMX will now test millions of frequencies at this level of sensitivity. If axions are found, it would be a major discovery that could explain not only dark matter, but other lingering mysteries of the universe. If ADMX does not find axions, that may force theorists to devise new solutions to those riddles.

“A discovery could come at any time over the next few years,” said scientist Aaron Chou of Fermilab. “It’s been a long road getting to this point, but we’re about to begin the most exciting time in this ongoing search for axions.” 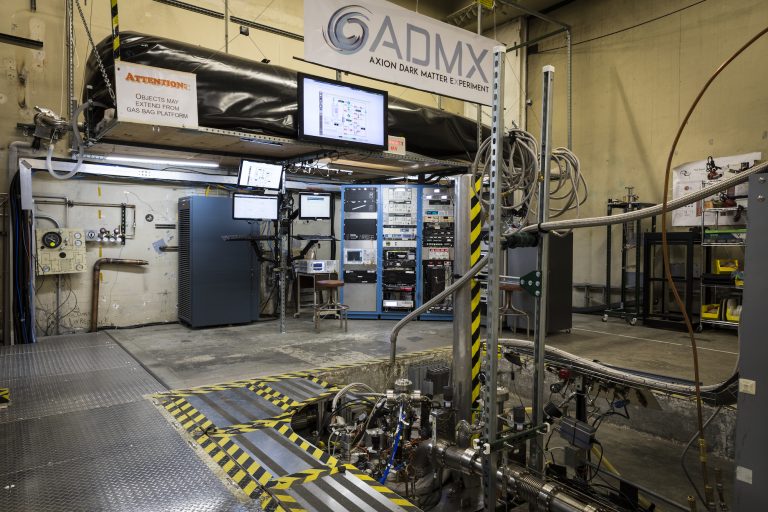 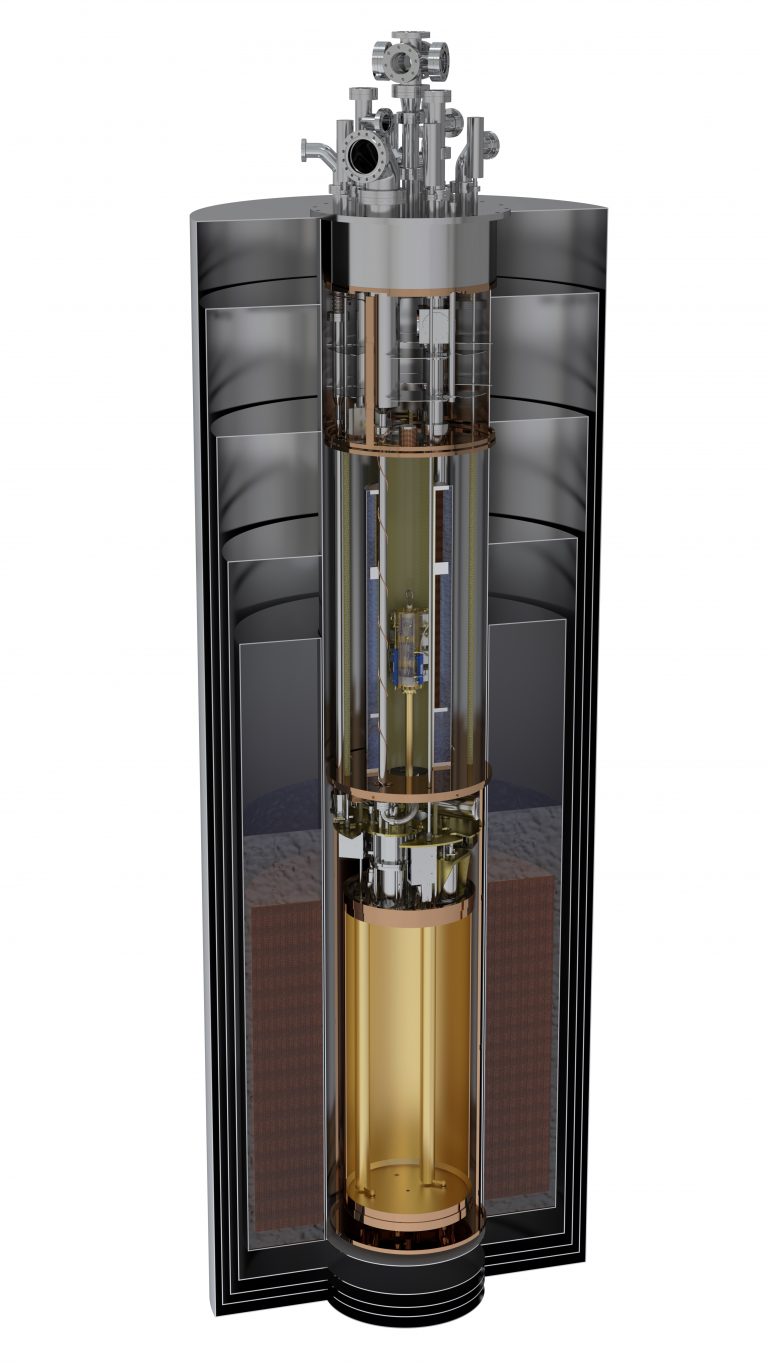 A cutaway rendering of the ADMX detector, which can detect axions producing photons inside its...Read More
Credit: ADMX collaboration 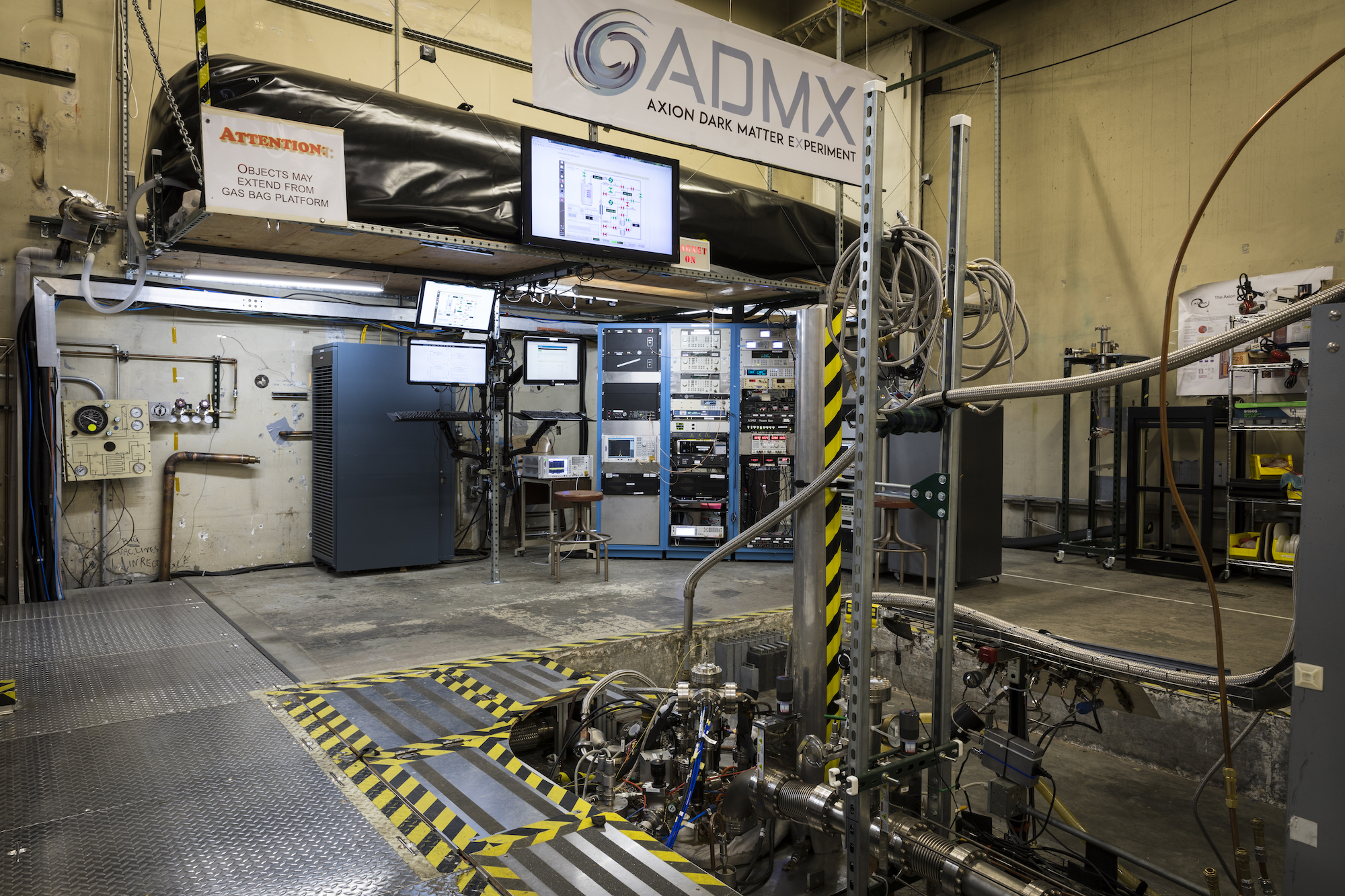 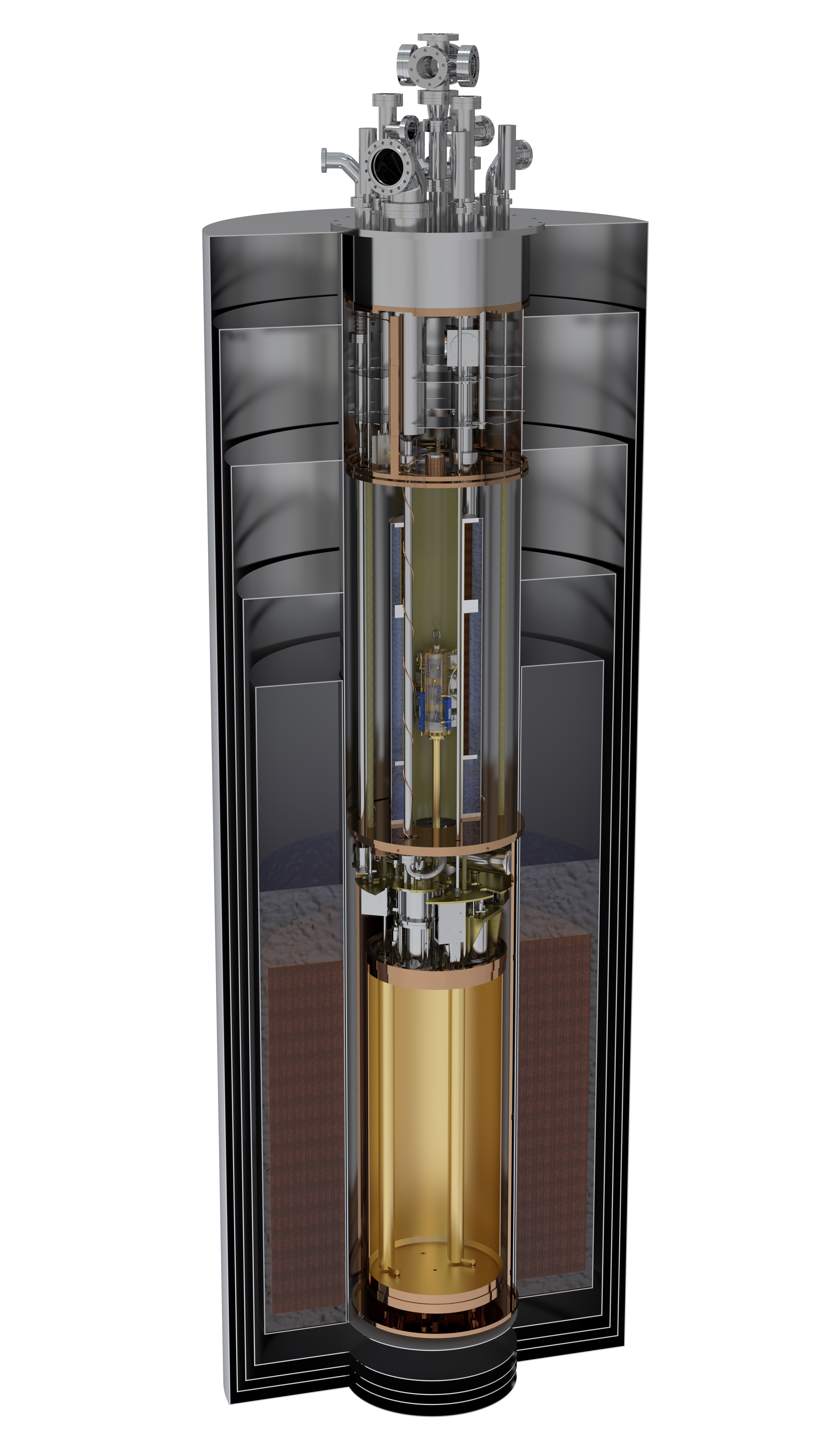