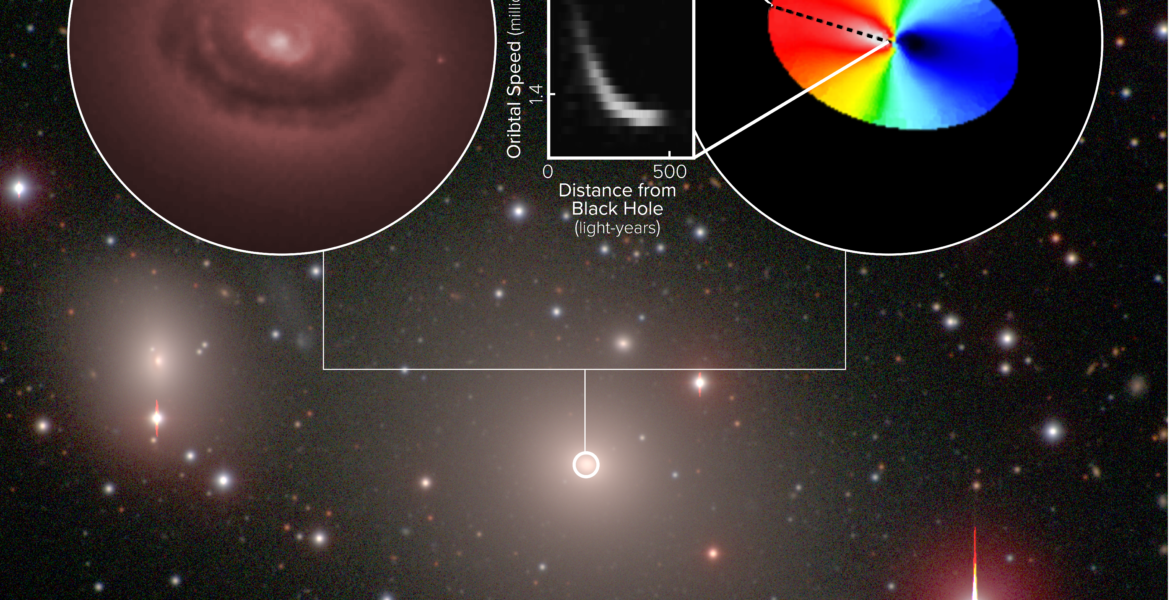 New observations with the Atacama Large Millimeter/submillimeter Array (ALMA)Atacama Large Millimeter/submillimeter Array (ALMA)Funded by the U.S. National Science Foundation and its international partners (NRAO/ESO/NAOJ), ALMA is among the most complex and powerful astronomical observatories on Earth or in space. The telescope is an array of 66 high-precision dish antennas in northern Chile. provide an unprecedented close-up view of a swirling disk of cold interstellar gas rotating around a supermassive black hole. This disk lies at the center of NGC 3258, a massive elliptical galaxyElliptical GalaxyA galaxy that appears round or elliptical in shape, typically containing little gas and dust, no spiral arms or disk, mostly older stars, which range in shape from spherical to "football" shaped, and few hot, bright stars. about 100 million light-years from Earth. Based on these observations, a team led by astronomers from Texas A&M University and the University of California, Irvine, have determined that this black hole weighs a staggering 2.25 billion solar masses, the most massive black hole measured with ALMA to date.

Though supermassive black holes can have masses that are millions to billions of times that of the Sun, they account for just a small fraction of the mass of an entire galaxy. Isolating the influence of a black hole’s gravity from the stars, interstellar gas, and dark matter in the galactic center is challenging and requires highly sensitive observations on phenomenally small scales.

“Observing the orbital motion of material as close as possible to a black hole is vitally important when accurately determining the black hole’s mass.” said Benjamin Boizelle, a postdoctoral researcher at Texas A&M University and lead author on the study appearing in the Astrophysical Journal. “These new observations of NGC 3258 demonstrate ALMA’s amazing power to map the rotation of gaseous disks around supermassive black holes in stunning detail.”

Astronomers use a variety of methods to measure black hole masses. In giant elliptical galaxies, most measurements come from observations of the orbital motion of stars around the black hole, taken in visible or infrared light. Another technique, using naturally occurring water masers (radio-wavelength lasers) in gas clouds orbiting around black holes, provides higher precision, but these masers are very rare and are associated almost exclusively with spiral galaxies having smaller black holes.

During the past few years, ALMA has pioneered a new method to study black holes in giant elliptical galaxies. About 10 percent of elliptical galaxies contain regularly rotating disks of cold, dense gas at their centers. These disks contain carbon monoxide (CO) gas, which can be observed with millimeter-wavelength radio telescopes.

By using the Doppler shift of the emission from CO molecules, astronomers can measure the velocities of orbiting gas clouds, and ALMA makes it possible to resolve the very centers of galaxies where the orbital speeds are highest.

“Our team has been surveying nearby elliptical galaxies with ALMA for several years to find and study disks of molecular gas rotating around giant black holes,” said Aaron Barth of UC Irvine, a co-author on the study.  “NGC 3258 is the best target we’ve found, because we’re able to trace the disk’s rotation closer to the black hole than in any other galaxy.”

Just as the Earth orbits around the Sun faster than Pluto does because it experiences a stronger gravitational force, the inner regions of the NGC 3258 disk orbit faster than the outer parts due to the black hole’s gravity. The ALMA data show that the disk’s rotation speed rises from 1 million kilometers per hour at its outer edge, about 500 light-years from the black hole, to well over 3 million kilometers per hour near the disk’s center at a distance of just 65 light-years from the black hole.

The researchers determined the black hole’s mass by modeling the disk’s rotation, accounting for the additional mass of the stars in the galaxy’s central region and other details such as the slightly warped shape of the gaseous disk. The clear detection of rapid rotation enabled the researchers to determine the black hole’s mass with a precision better than one percent, although they estimate an additional systematic 12 percent uncertainty in the measurement because the distance to NGC 3258 is not known very precisely. Even accounting for the uncertain distance, this is one of the most highly precise mass measurements for any black hole outside of the Milky Way galaxy.

“The next challenge is to find more examples of near-perfect rotating disks like this one so that we can apply this method to measure black hole masses in a larger sample of galaxies,” concluded Boizelle. “Additional ALMA observations that reach this level of precision will help us better understand the growth of both galaxies and black holes across the age of the universe.”

Reference: “A Precision Measurement of the Mass of the Black Hole in NGC 3258
from High-Resolution ALMA Observations of its Circumnuclear Disk,” B. Boizelle, et al., the Astrophysical Journal: apj.aas.org; Preprint: https://arxiv.org/abs/1906.06267 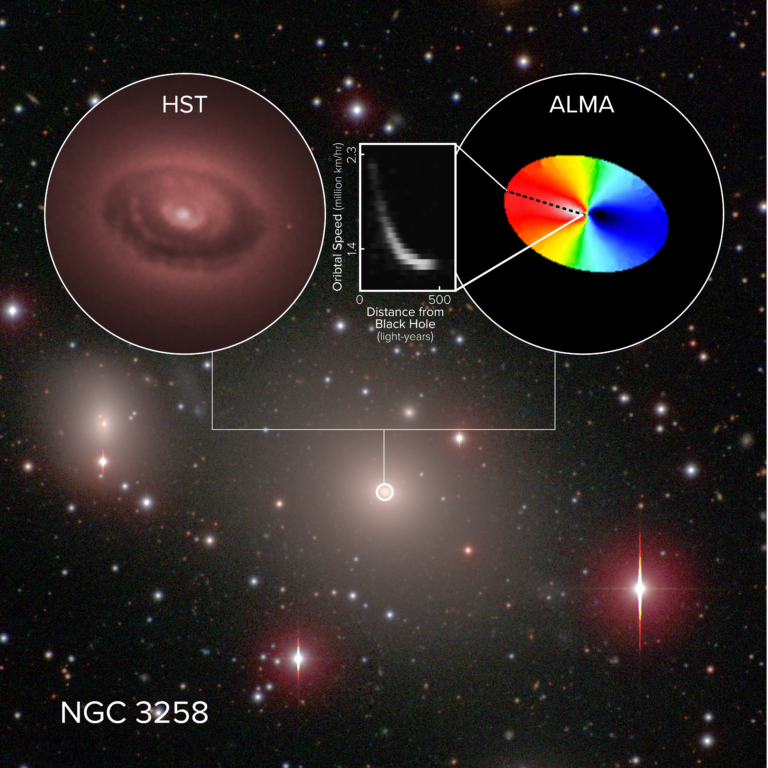 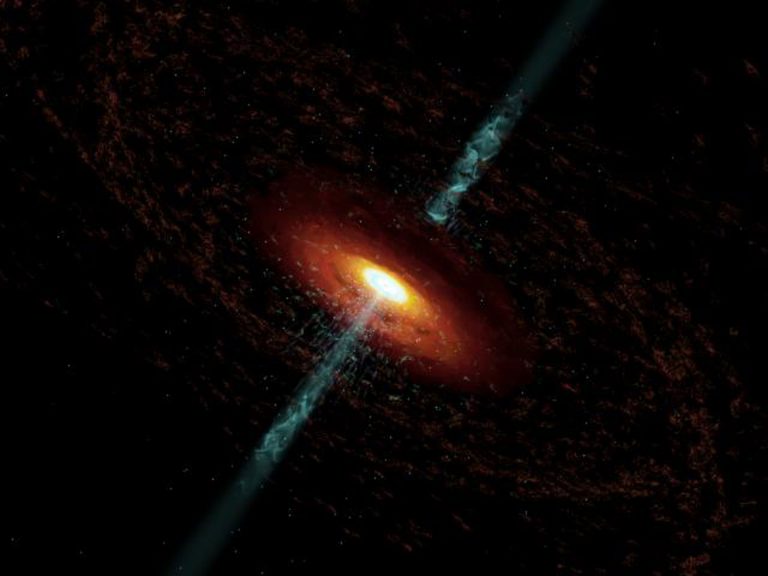 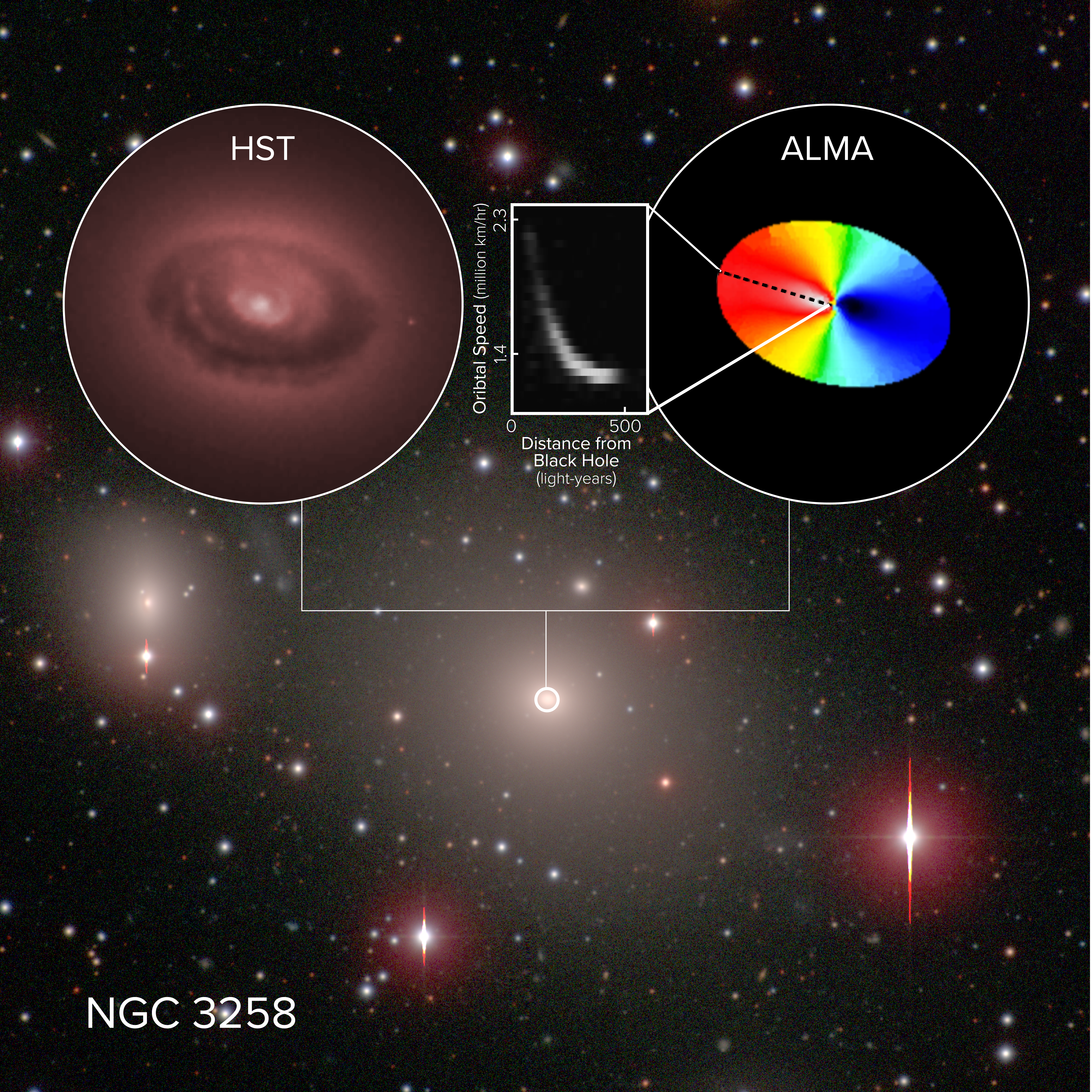 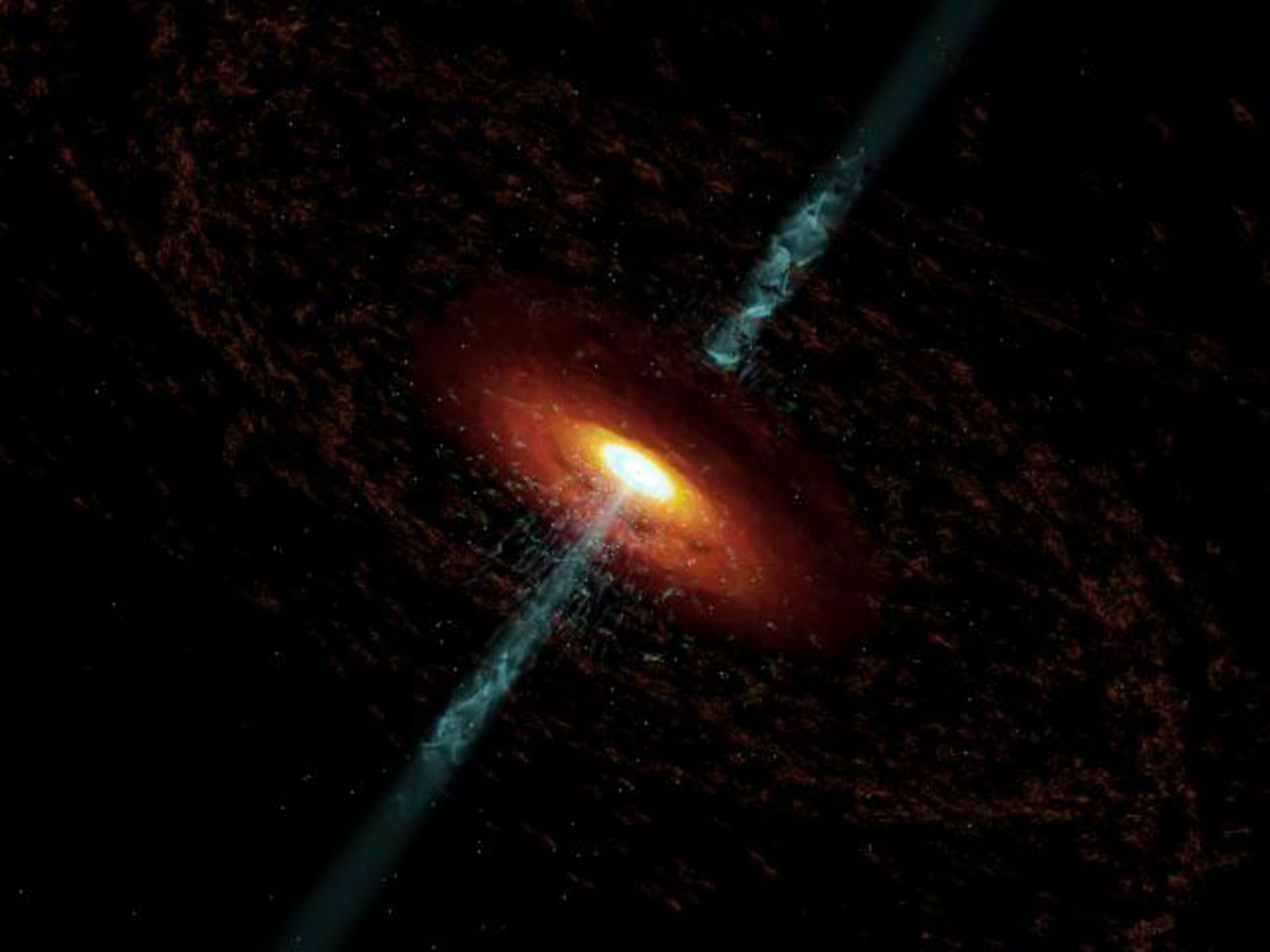