Skip to content
Topics in This Issue:
1. First Detection of Gas in Circumplanetary Disk Builds on Prior Research and Reveals New Secrets

AS 209 is a young star located roughly 395 light-years from Earth in the constellation Ophiuchus.

3. The Discovery at AS 209 is Only the Third Confirmed Detection Ever of a Circumplanetary Disk

Scientists first confirmed the existence of circumplanetary disks in 2021 with PDS 70c, but still had little understanding of their structure and inner workings.

1. First Detection of Gas in Circumplanetary Disk Builds on Prior Research and Reveals New Secrets

Scientists using the Atacama Large Millimeter/submillimeter Array (ALMA)— in which the National Radio Astronomy Observatory (NRAO) is a partner— to study planet formation have made the first-ever detection of gas in a circumplanetary disk. What’s more, the detection also suggests the presence of a very young exoplanet. The results of the research are published in The Astrophysical Journal Letters.

Circumplanetary disks are an amassing of gas, dust, and debris around young planets. These disks give rise to moons and other small, rocky objects, and control the growth of young, giant planets. Studying these disks in their earliest stages may help shed light on the formation of our own Solar System, including that of Jupiter’s Galilean moons, which scientists believe formed in a circumplanetary disk of Jupiter around 4.5 billion years ago.

While studying AS 209— a young star located roughly 395 light-years from Earth in the constellation Ophiuchus— scientists observed a blob of emitted light in the middle of an otherwise empty gap in the gas surrounding the star. That led to the detection of the circumplanetary disk surrounding a potential Jupiter-mass planet. Scientists are watching the system closely, both because of the planet’s distance from its star and the star’s age. The exoplanet is located more than 200 astronomical units, or 18.59 billion miles, away from the host star, challenging currently accepted theories of planet formation. And if the host star’s estimated age of just 1.6 million years holds true, this exoplanet could be one of the youngest ever detected. Further study is needed, and scientists hope that upcoming observations with the James Webb Space Telescope will confirm the planet’s presence.

“The best way to study planet formation is to observe planets while they’re forming. We are living in a very exciting time when this happens thanks to powerful telescopes, such as ALMA and JWST,”  said Jaehan Bae, a professor of astronomy at the University of Florida and the lead author of the paper.

Scientists studying the young star AS 209 have detected gas in a circumplanetary disk for the first time, which suggests the star system may be harboring a very young Jupiter-mass planet. Science images from the research show (right) blob-like emissions of light coming from otherwise empty gaps in the highly-structured, seven-ring disk (left).

AS 209 is a young star located roughly 395 light-years from Earth in the constellation Ophiuchus. The star system has been of interest to scientists working in the ALMA MAPS— Molecules with ALMA at Planet-forming Scales— collaboration for more than five years due to the presence of seven nested rings, which scientists believed to be associated with ongoing planet formation. The new results provide further evidence of planet formation around the young star.

AS 209 is a young star in the Ophiuchus constellation that scientists have now determined is host to what may be one of the youngest exoplanets ever.

3. The Discovery at AS 209 is Only the Third Confirmed Detection Ever of a Circumplanetary Disk

Scientists have long suspected the presence of circumplanetary disks around exoplanets, but until recently were unable to prove it. In 2019, ALMA scientists made the first-ever detection of a circumplanetary, moon-forming disk while observing the young exoplanet PDS 70c, and confirmed the find in 2021.  The new observations of gas in a circumplanetary disk at AS 209 may shed further light on the development of planetary atmospheres and the processes by which moons are formed. 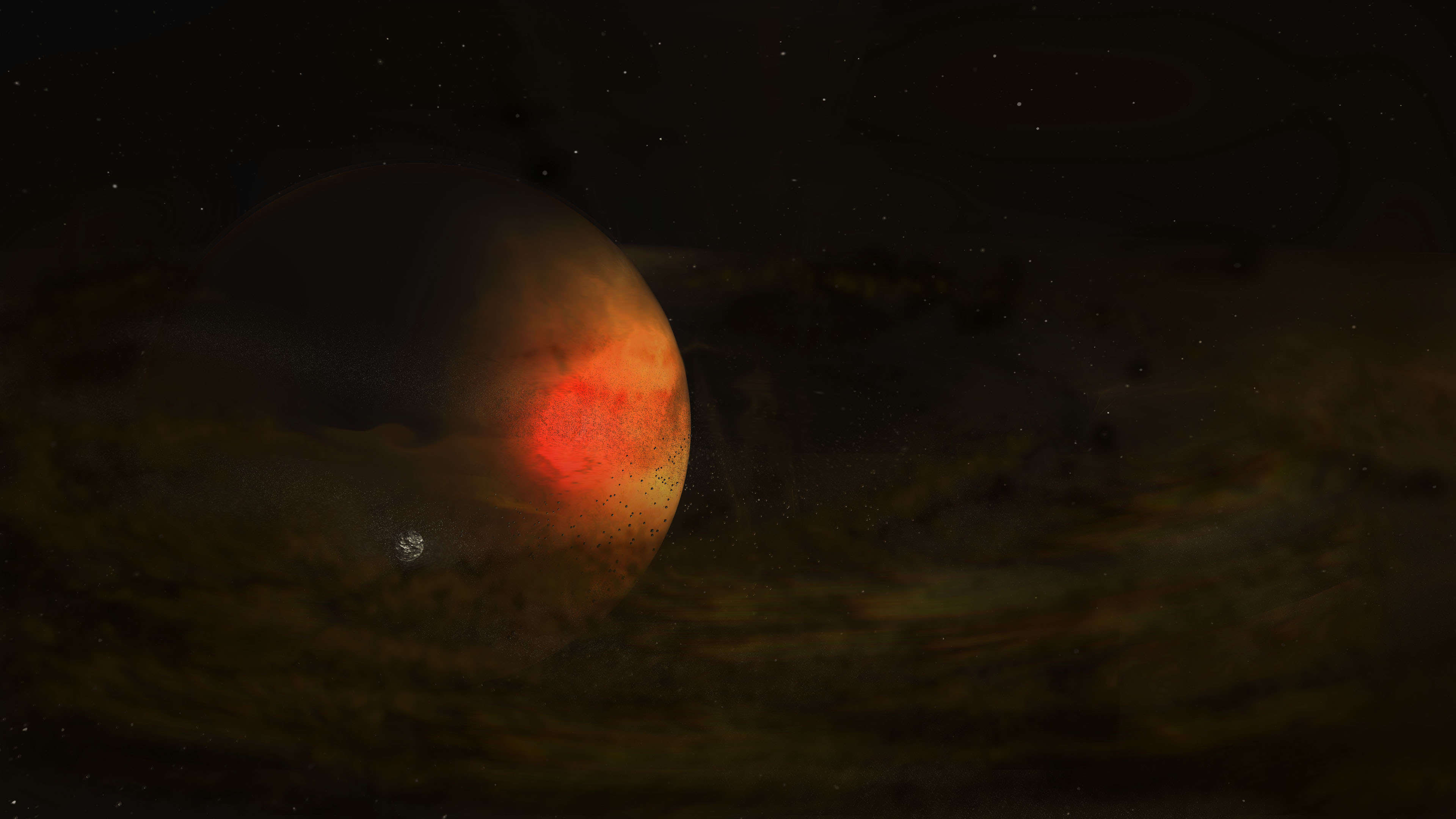 Artist impression of the circumplanetary disk discovered in 2021 around a young planet in the PDS 70 star system.