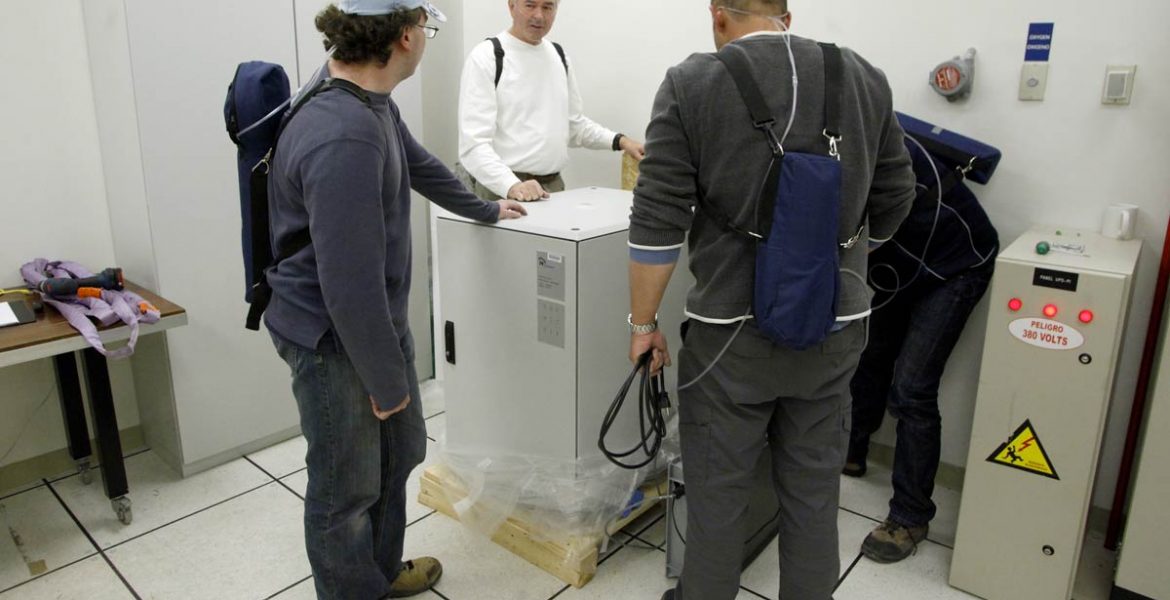 Once assembled, the EHT — with ALMA as the largest and most sensitive site — will form an Earth-sized telescope with the magnifying power required to see details at the edge of the supermassive black hole at the center of the Milky Way.

Before ALMA can lend its unmatched capabilities to this and similar scientific observations, however, it must first transform into a different kind of instrument known as a phased array. This new version of ALMA will allow its 66 antennas to function as a single radio dish 85 meters in diameter. It’s this unified power coupled with ultraprecise timekeeping that will allow ALMA to link with other observatories.

A major milestone along this path was achieved recently when the science team performed what could be considered a “heart transplant” on the telescope by installing a custom-built atomic clock powered by a hydrogen maser. This new timepiece uses a process similar to a laser to amplify a single pure tone, cycles of which are counted to produce a highly accurate ‘tick’.

ALMA’s original time reference, a clock based on rubidium gas, will be retired and used as a spare after the maser is completely integrated with ALMA’s electronics.

Shep Doeleman, the principal investigator of the ALMA Phasing Project and assistant director of the Massachusetts Institute of Technology’s Haystack Observatory, participated during the maser installation via remote video link. “Once the phasing is complete, ALMA will use the ultraprecise ticking of this new atomic clock to join the aptly named Event Horizon Telescope as the most sensitive participating site, increasing sensitivity by a factor of 10,” he said.

Expanding the Frontiers of Astronomy

Supermassive black holes lurk at the center of all galaxies and contain millions or even billions of times the mass of our Sun. These space-bending behemoths are so massive that nothing, not even light, can escape their gravitational influence. Understanding how a black hole devours matter, powers jets of particles and energy, and distorts space and time are leading challenges in astronomy and physics.

The black hole at the center of the Milky Way is a 4 million solar mass giant located approximately 26,000 light-years from Earth in the direction of the constellation Sagittarius. It is shrouded from optical telescopes by dense clouds of dust and gas, which is why observatories like ALMA, which operate at the longer millimeter and submillimeter wavelengths, are essential to study its properties.

Supermassive black holes can be relatively tranquil or they can flare up and drive incredibly powerful jets of subatomic particles deep into intergalactic space; quasars seen in the very early Universe are an extreme example. The fuel for these jets comes from in-falling material, which becomes superheated as it spirals inward. Astronomers hope to capture our Galaxy’s central black hole in the process of actively feeding to better understand how black holes affect the evolution of our Universe and how they shape the development of stars and galaxies.

A phased ALMA will arrive just in time to observe a highly anticipated cosmic event, the collision of a giant cloud of dust and gas known as G2 with our Galaxy’s central supermassive black hole. It is speculated that this collision may awaken this sleeping giant, generating extreme energy and possibly fueling a jet of subatomic particles, a highly unusual feature in a mature spiral galaxy like the Milky Way. The collision is predicted to begin in 2014 and will likely continue for more than a year.

High resolution imaging of the event horizon also could improve our understanding of how the highly ordered Universe as described by Einstein meshes with the messy and chaotic cosmos of quantum mechanics – two systems for describing the physical world that are woefully incompatible on the smallest of scales.

Other independent research will target molecules in space to determine whether or not the fundamental constants of nature have changed over cosmic time.

The light-bending power of black holes also presents a unique opportunity to observe the so-called “shadow” of a black hole. Light near the event horizon of a black hole does not travel in a straight line, but instead takes on weird hyperbolic trajectories and can even achieve a stable orbit. Some of this light, which begins its journey traveling away from observers on Earth, can get twisted back around, warping in such a way that it takes a 180 degree turn. This would allow scientists to study the far-side of a black hole and actually see its shadow in space. Since the size and shape of this shadow depends on the mass and spin of black hole, these observations could tell us much about how space and time are warped in this extreme environment.

Calculations indicate a resolution of 50 micro-arcseconds (approximately 2,000 times finer than the Hubble Space Telescope) is needed to image the shadow effect. That’s equivalent to reading the date on a quarter at the distance from New York to Los Angeles. This amazing high-resolution imaging is within the reach of the ALMA-enabled Event Horizon Telescope.

Initial planning for a Phased ALMA Array began in 2008, propelled by the objective of imaging a black hole and other previously unattainable science. The requirements necessary to phase the ALMA array were shared early on with the ALMA design team so the implementation plan would not affect ALMA construction or operations.

The Phased ALMA Array is funded primarily by the U.S. National Science Foundation. Additional funding is provided through North American contributions to the ALMA Development Fund and international cost sharing through the Academia Sinica Institute of Astronomy and Astrophysics, Max Planck Institute for Radio Astronomy, Universidad de Concepcion, the Japan Society for the Promotion of Science, and the Toray Science Foundation. Initial funding was provided in 2011. The project passed preliminary design review and was approved by the ALMA Board in 2012. The project passed Critical Design Review in 2013.

The current goal is to test the first combined signal of a phased ALMA and another telescope in 2014, and to undergo full commissioning and be ready for full observations in 2015.

ALMA was designed to work as an interferometer – a telescope made up of many individual elements. Each antenna pair creates a single baseline. ALMA can produce as many as 1,291 baselines, some up to 16 kilometers long.

The phased array, however, operates differently. The signals from all the antennas are simply added together. To do this, specialized electronics and computer equipment are being built at the National Radio Astronomy Observatory’s Central Development Lab in Charlottesville, Virginia. These new circuit boards will be installed into ALMA’s correlator, the supercomputer that combines the signals from the antennas.

The signal from the phased array will then be time-stamped and encoded by a dedicated atomic clock – the new hydrogen maser procured and tested by MIT’s Haystack Observatory — which will allow the data to be shipped to a centra
l processing center where it will be combined with identically timed signals from other telescopes.

The high-speed recorders that will capture the torrent of data flowing from the ALMA phased array were designed by the MIT Haystack Observatory. Software to run the new phasing system is being developed by multiple institutions involved in the phasing project.

The Event Horizon Telescope (EHT) derives its extreme magnifying power from connecting widely spaced radio dishes across the globe into an Earth-sized virtual telescope. This technique, called Very Long Baseline Interferometry (VLBI), is the same process that enables telescopes like the NRAO’s Very Long Baseline Array (VLBA) to achieve such amazing power and resolution. The difference between existing VLBI facilities and the EHT is the sheer geographical scope of the EHT project, its extension to the shortest observing wavelengths, and addition of the unprecedented collecting area enabled by a phased ALMA.

“By uniting the most advanced millimeter and submillimeter wavelength radio dishes across the globe, the Event Horizon Telescope creates a fundamentally new instrument with the greatest magnifying power ever achieved,” said Doeleman. “Anchored by ALMA, the EHT will open a new window onto black hole research and bring into focus one of the only places in the Universe where Einstein’s theories may break down: at the event horizon.”

The U.S. National Science Foundation (NSF) is an independent federal agency that supports fundamental research and education across all fields of science and engineering. 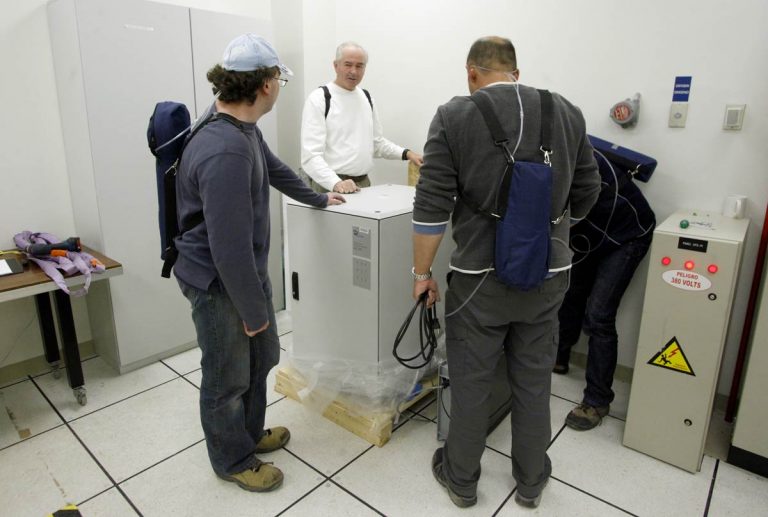 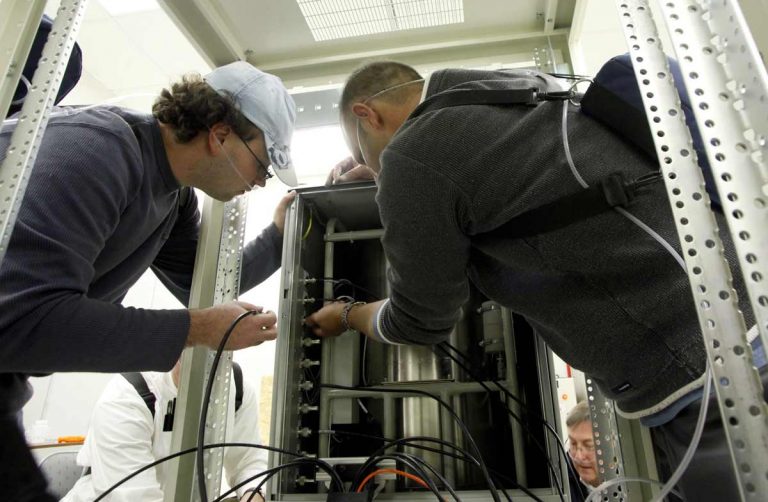 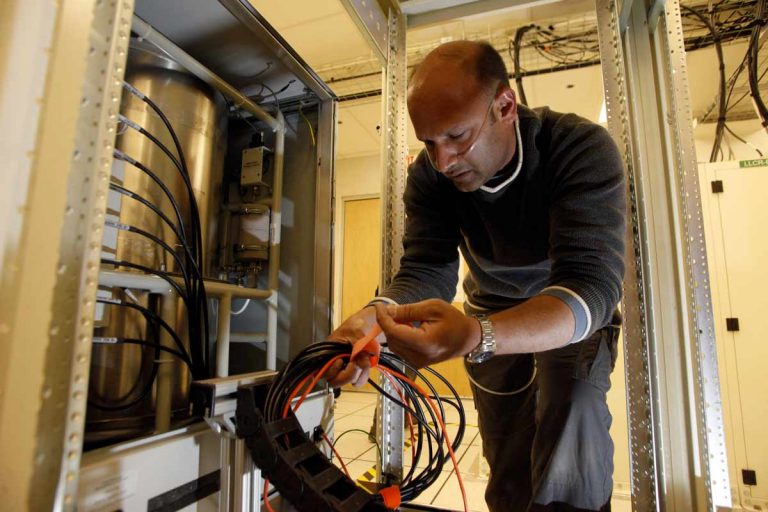 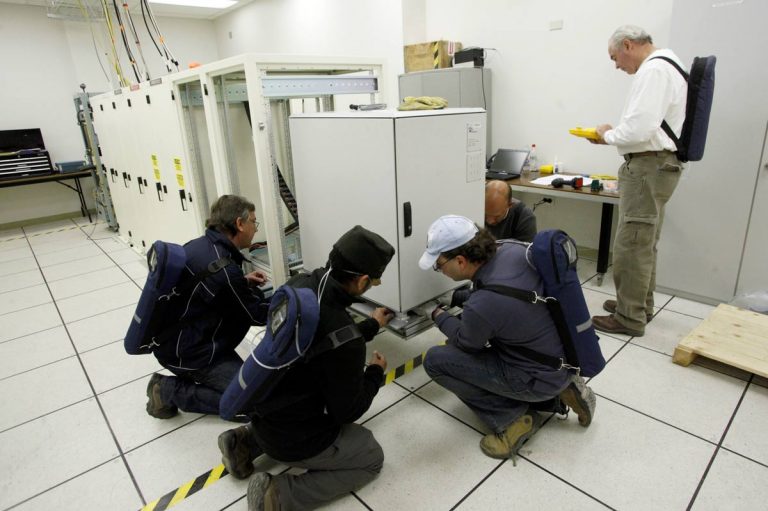 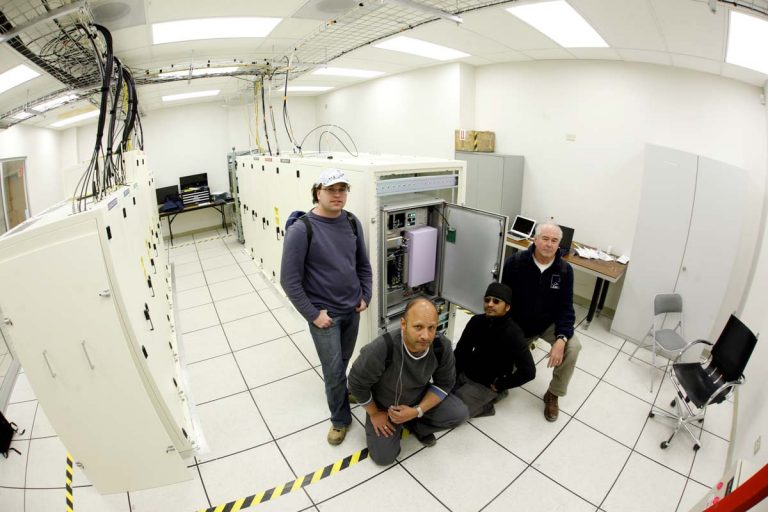 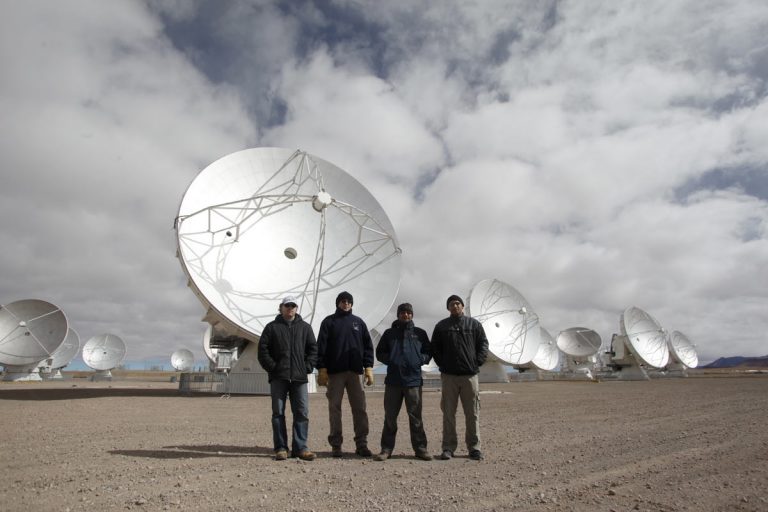 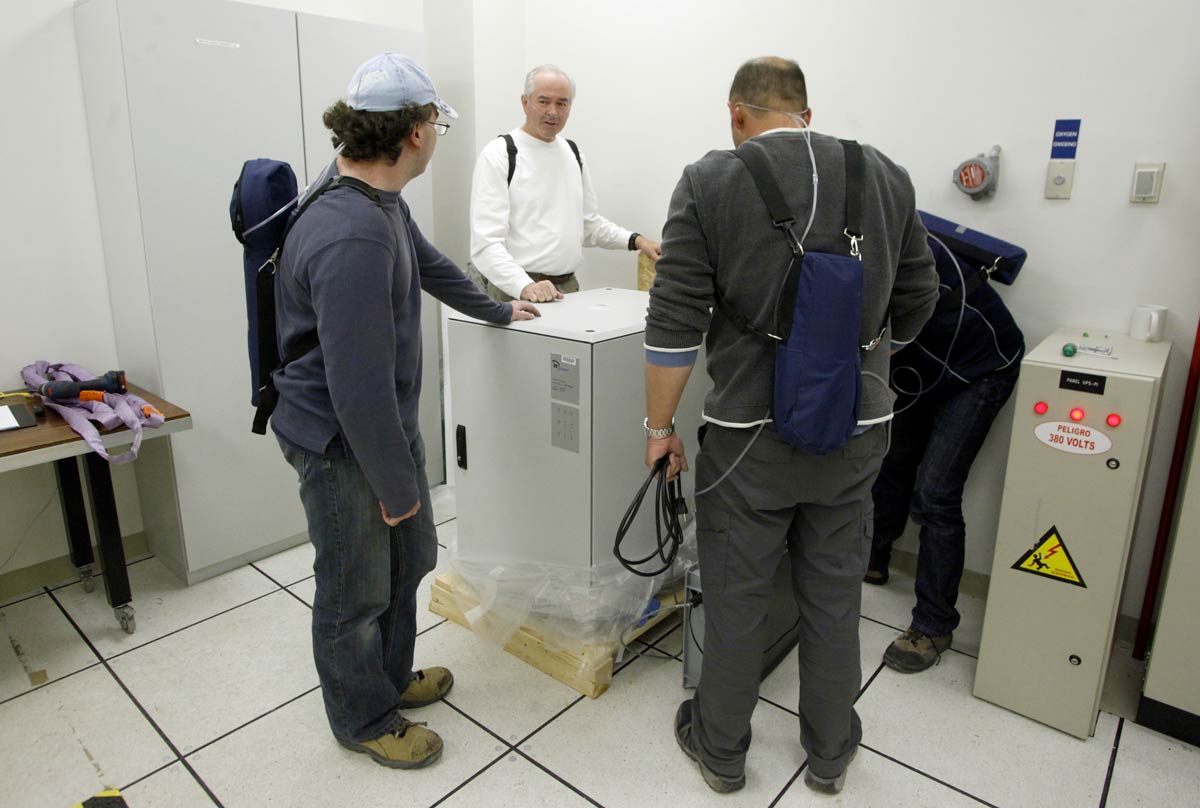 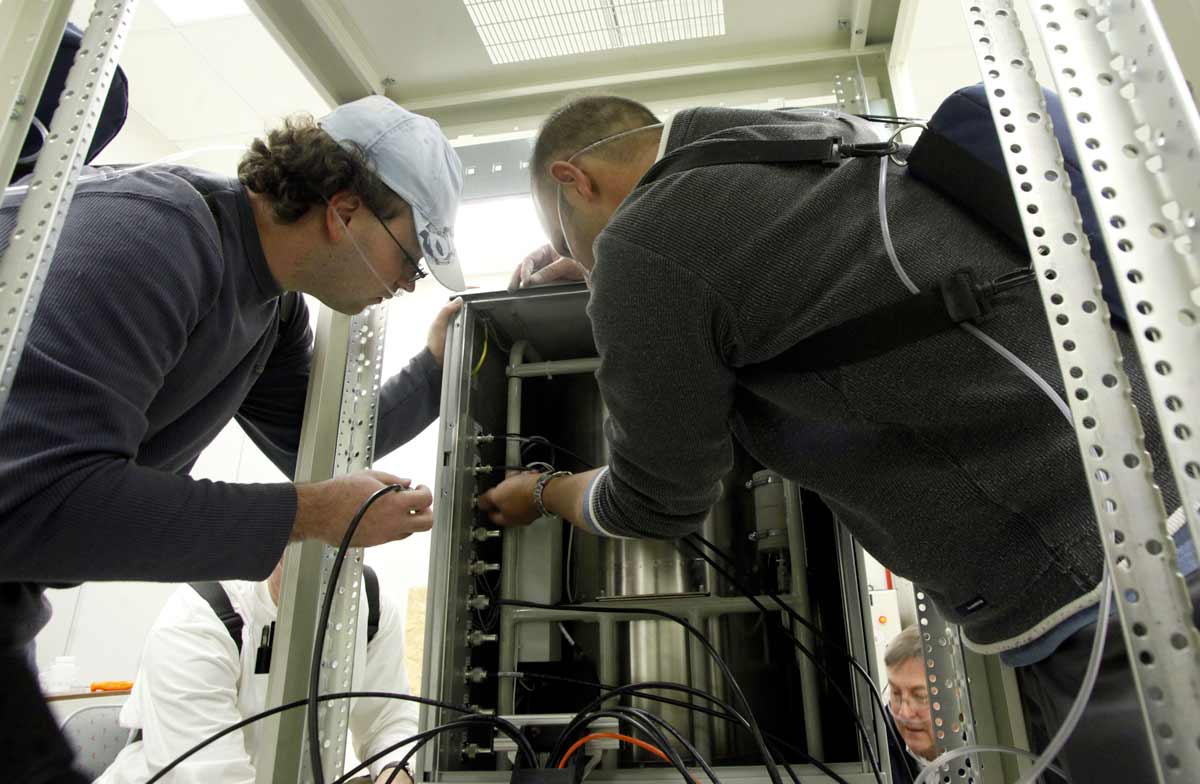 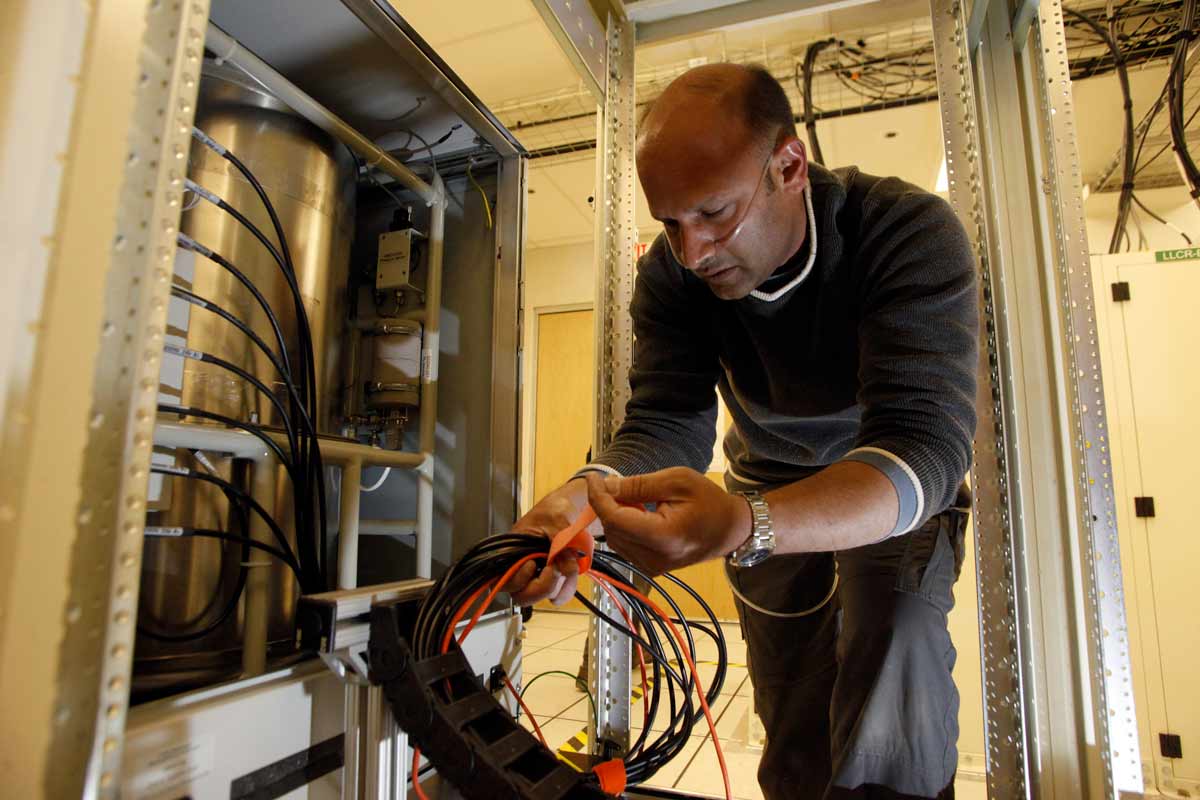 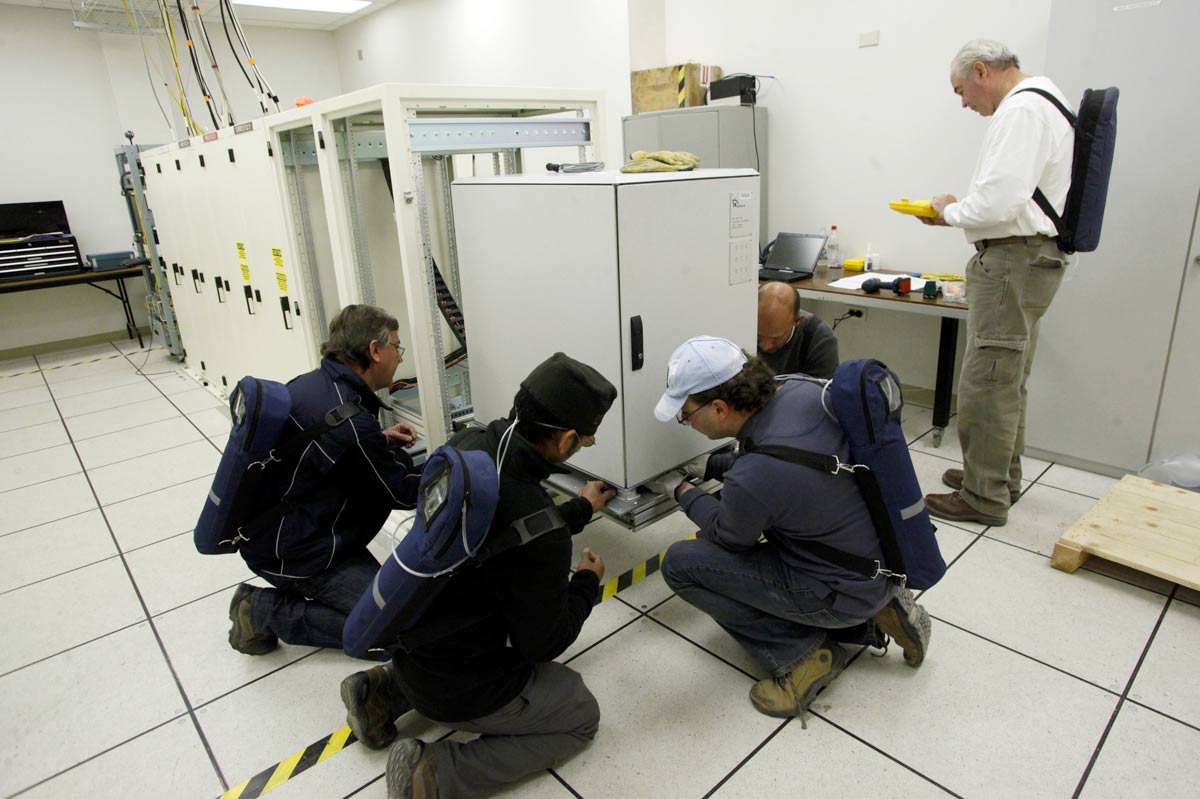 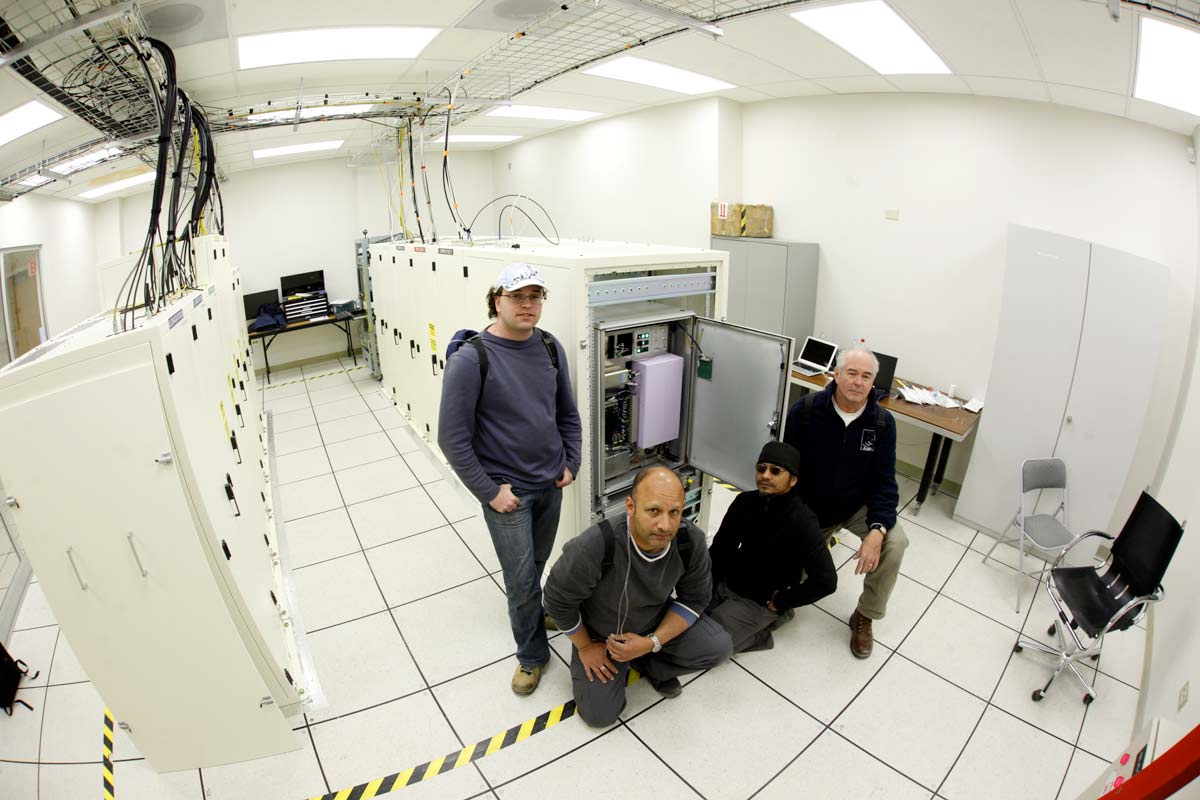 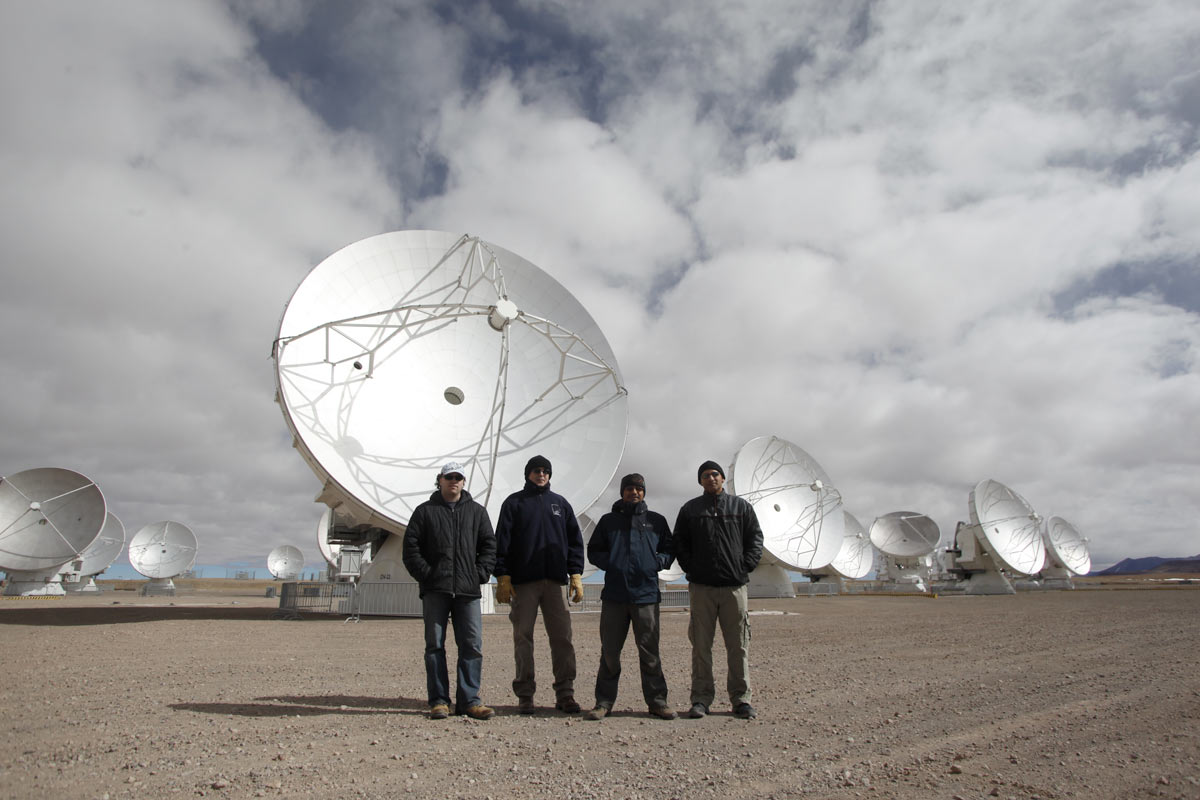