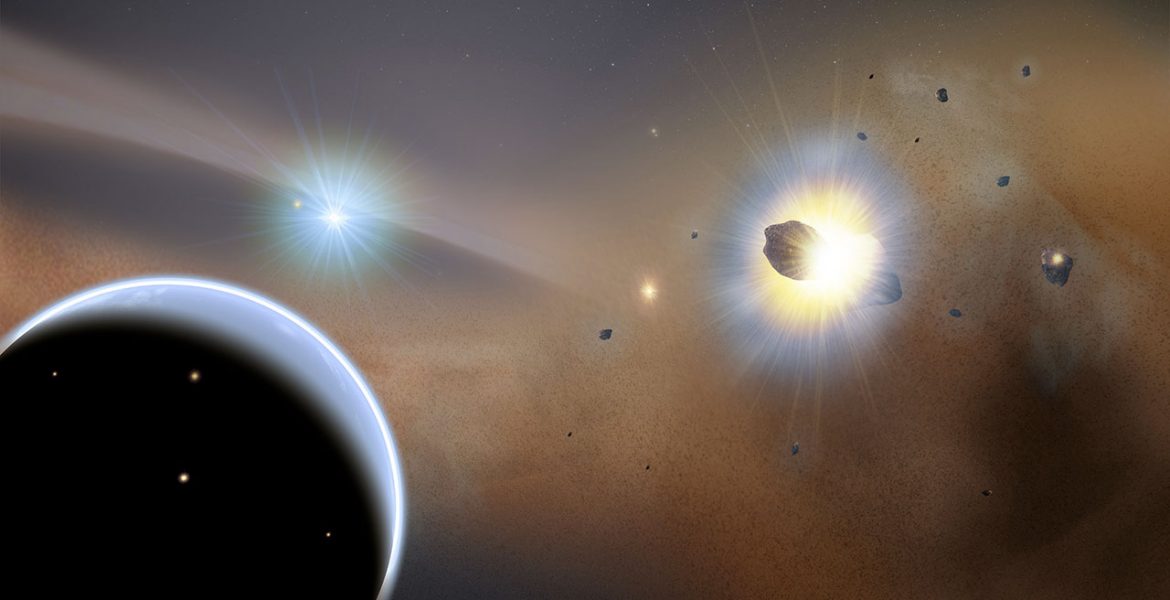 Astronomers using the Atacama Large Millimeter/submillimeter Array (ALMA) telescope have discovered the splattered remains of comets colliding together around a nearby star; the researchers believe they are witnessing the total destruction of one of these icy bodies once every five minutes.

The “smoking gun” implicating this frosty demolition is the detection of a surprisingly compact region of carbon monoxide (CO) gas swirling around the young, nearby star Beta Pictoris.

“Molecules of CO can survive around a star for only a brief time, about 100 years, before being destroyed by UV radiation,” said Bill Dent, a researcher at the Joint ALMA Office in Santiago, Chile, and lead author on a paper published in the journal Science online at the Science Express website. “So unless we are observing Beta Pictoris at a very unusual time, then the carbon monoxide we observed must be continuously replenished.”

Comets and other icy bodies trap vast amounts of CO and other gases in their frosty interiors. When these objects collide, as is common in the chaotic environment around a young star, they quickly release their stored gases. If these collisions were occurring randomly in this system, then the CO would be more or less evenly distributed.

But the new images from ALMA show something else: a single compact clump of CO approximately 13 billion kilometers (8 billion miles) from the star — or about three times the distance of Neptune to the Sun. “This clump is an important clue to what’s going on in the outer reaches of this young planetary system,” says Mark Wyatt, an astronomer at the University of Cambridge and coauthor on the paper.

Earlier observations of Beta Pictoris with other telescopes revealed that it is surrounded by a large disk of dusty debris and harbors at least one planet orbiting approximately 1.2 billion kilometers (750 million miles) from the star.

The new ALMA data suggest, however, that there may be a second, as-yet-undetected planet orbiting much farther out. The gravity from such a planet would shepherd millions of cometary bodies into a relatively confined area. A similar phenomenon is seen in our own Solar System where the planet Jupiter keeps a group of so-called Trojan asteroids in a confined orbit around the Sun.

“To get the amount of CO we observed — which is equal to about one-sixth the mass of Earth’s oceans — the rate of collisions would be truly startling, with the complete destruction of a large comet once every five minutes,” noted Aki Roberge, an astronomer at NASA’s Goddard Space Flight Center in Greenbelt, Maryland, and coauthor on the paper. “To get this number of collisions, this would have to be a very tight, massive swarm.”

The astronomers propose an alternate possibility for the origin of this swarm of icy bodies; two Mars-size icy planets smashing together within the past million years could have produced the compact, cometary debris around the star. Such an occurrence, however, would be rare and there is a low likelihood that it could have occurred recently enough for the remnants to still be so concentrated.

Both possibilities, however, give astronomers reason to be optimistic that there are many more planets waiting to be found around Beta Pictoris, which is located a relatively nearby 63 light-years from Earth in the southern constellation Pictor.

ALMA’s unprecedented resolution and sensitivity enabled the astronomers to detect the faint millimeter-wavelength light emitted by both the dust grains and CO in the system.

“And carbon monoxide is just the beginning; there may be other more complex pre-organic molecules released from these icy bodies,” adds Roberge.

The astronomers hope that further observations with ALMA will shed more light on this system and help us understand what conditions were like during the formation of our own Solar System. 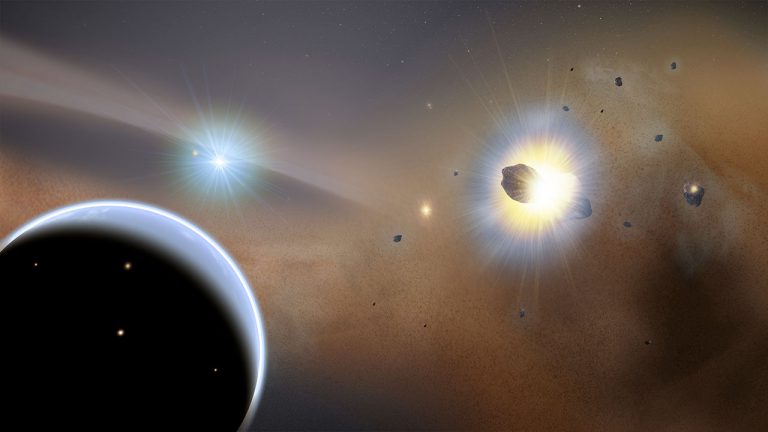 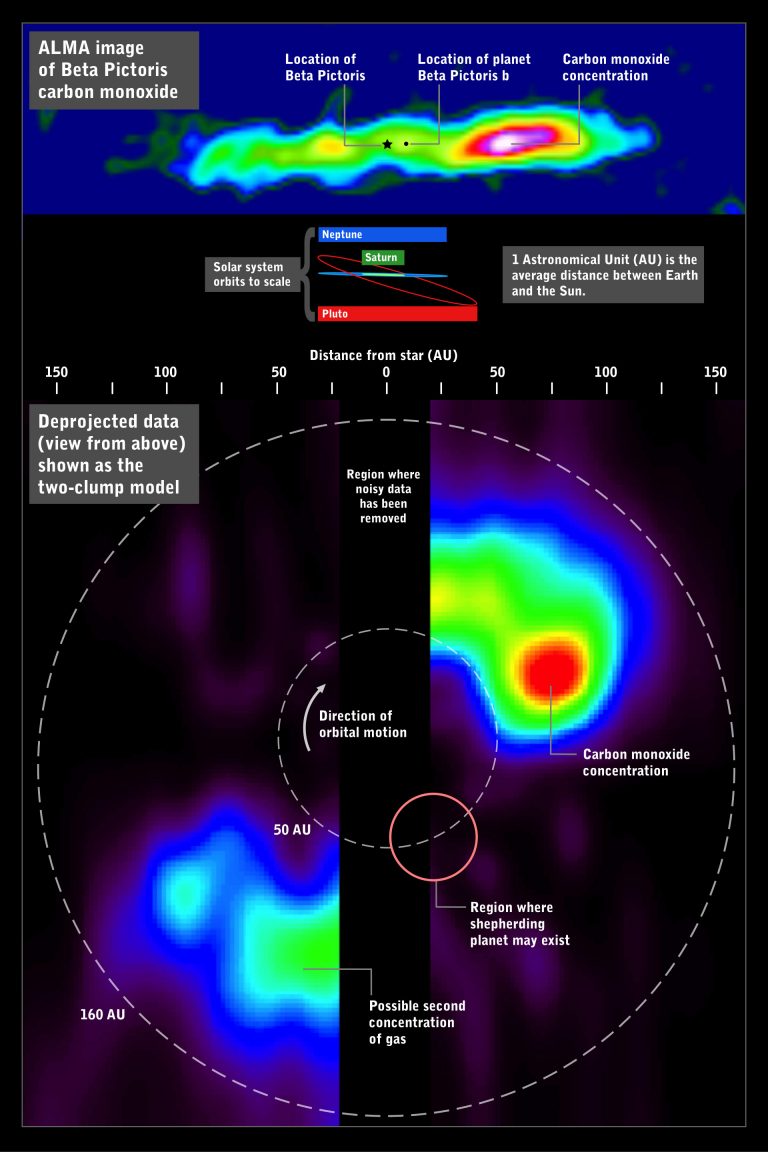 The ALMA image of carbon monoxide around Beta Pictoris (above) can be deprojected (below) to...Read More
Credit: ALMA (ESO/NAOJ/NRAO) and NASA's Goddard Space Flight Center/F. Reddy 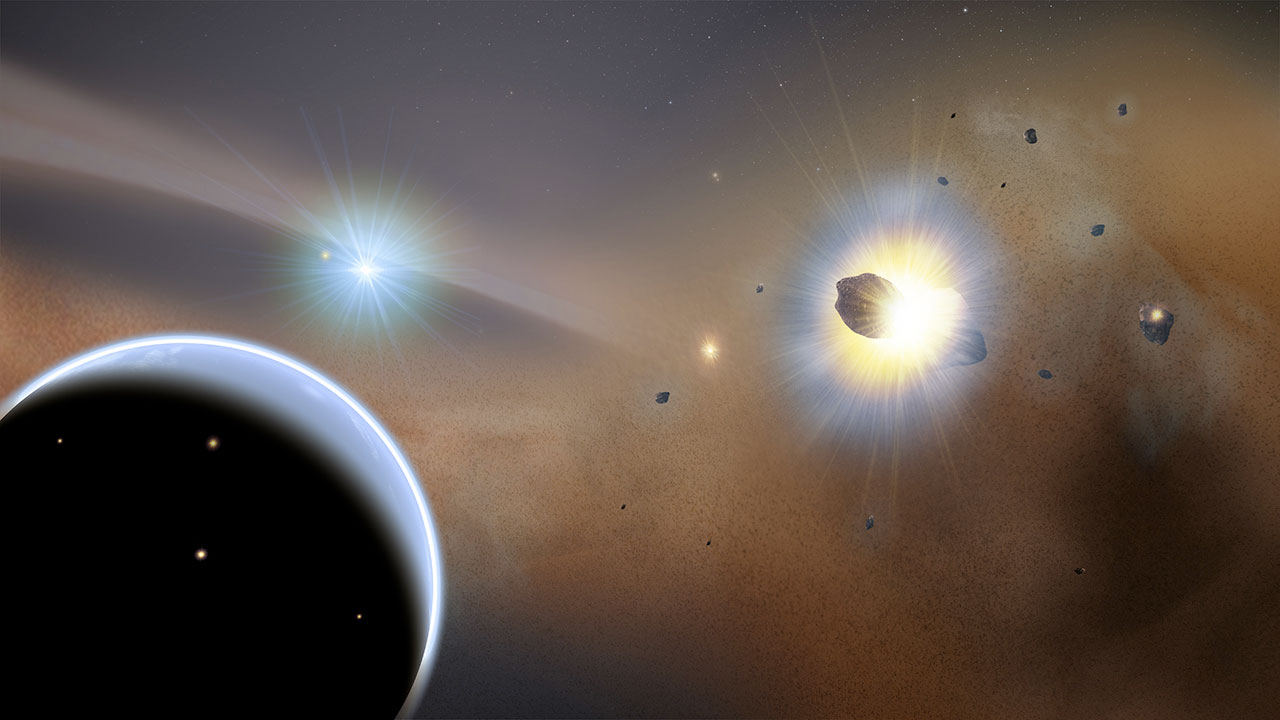 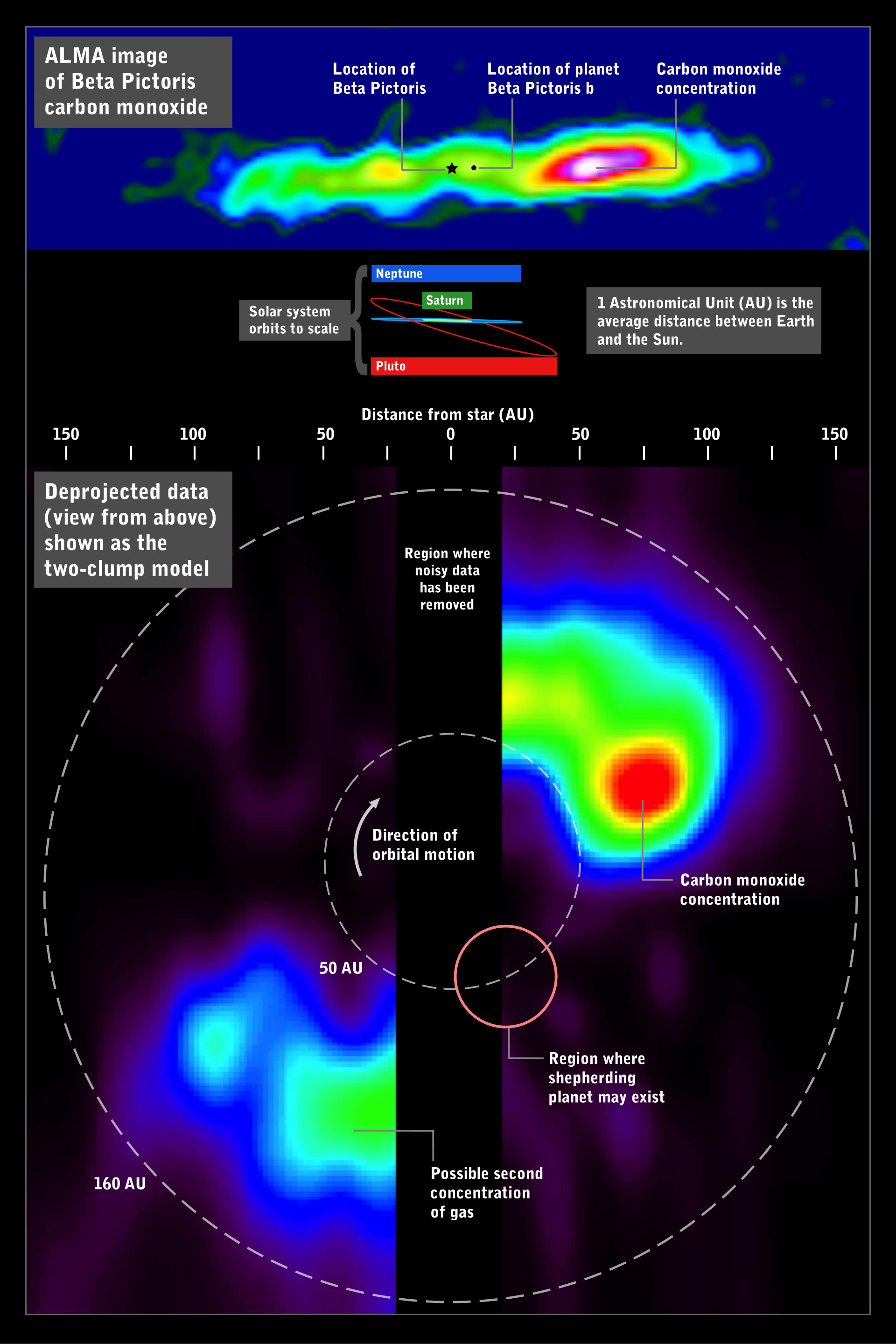