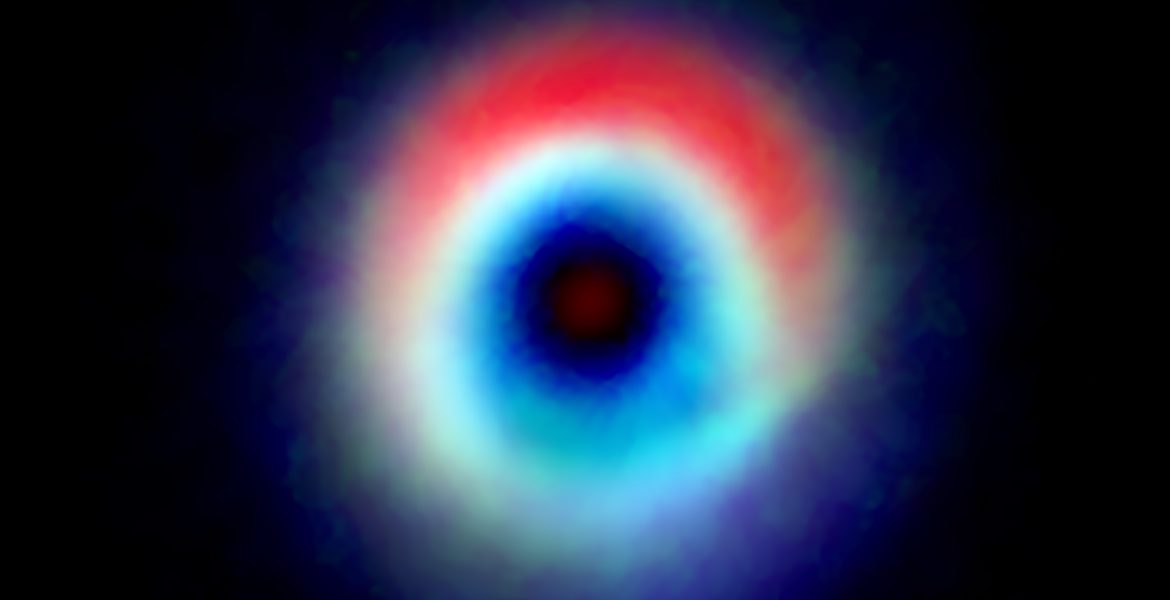 
Summary: Using ALMA, astronomers have taken a new, detailed look at the very early stages of planet formation around a binary star. Embedded in the outer reaches of a double star’s protoplanetary disk, the researchers discovered a striking crescent-shape region of dust that is conspicuously devoid of gas. This result, presented at the AAAS meeting in Washington, D.C., provides fresh insights into the planet-forming potential of a binary system.

Astronomers struggle to understand how planets form in binary star systems. Early models suggested that the gravitational tug-of-war between two stellar bodies would send young planets into eccentric orbits, possibly ejecting them completely from their home system or sending them crashing into their stars. Observational evidence, however, reveals that planets do indeed form and maintain surprisingly stable orbits around double stars.

To better understand how such systems form and evolve, astronomers using the Atacama Large Millimeter/submillimeter Array (ALMA) took a new, detailed look at the planet-forming disk around HD 142527, a binary star about 450 light-years from Earth in a cluster of young stars known as the Scorpius-Centaurus Association.

The HD 142527 system includes a main star a little more than twice the mass of our Sun and a smaller companion star only about a third the mass of our Sun. They are separated by approximately one billion miles: a little more than the distance from the Sun to Saturn. Previous ALMA studies of this system revealed surprising details about the structure of the system’s inner and outer disks.

“This binary system has long been known to harbor a planet-forming corona of dust and gas,” said Andrea Isella, an astronomer at Rice University in Houston, Texas. “The new ALMA images reveal previously unseen details about the physical processes that regulate the formation of planets around this and perhaps many other binary systems.”

Planets form out of the expansive disks of dust and gas that surround young stars. Small dust grains and pockets of gas come together under gravity, forming larger and larger agglomerations and eventually asteroids and planets. The fine points of this process are not well understood, however. By studying a wide range of protoplanetary disks with ALMA, astronomers hope to better understand the conditions that set the stage for planet formation across the Universe.

ALMA’s new, high-resolution images of HD 142527 show a broad elliptical ring around the double star. The disk begins incredibly far from the central star — about 50 times the Sun-Earth distance. Most of it consists of gases, including two forms of carbon monoxide (13CO and C180), but there is a noticeable dearth of these gases within a huge arc of dust that extends nearly a third of the way around the star system.

This crescent-shaped dust cloud may be the result of gravitational forces unique to binary stars and may also be the key to the formation of planets, Isella speculates. Its lack of free-floating gases is likely the result of them freezing out and forming a thin layer of ice on the dust grains.

“The temperature is so low that the gas turns into ice and sticks to the grains,” Isella said. “This process is thought to increase the capacity for dust grains to stick together, making it a strong catalyst for the formation of planetesimals, and, down the line, of planets.”

“We’ve been studying protoplanetary disks for at least 20 years,” Isella said. “There are between a few hundred and a few thousand we can look at again with ALMA to find new and surprising details. That’s the beauty of ALMA. Every time you get new data, it’s like opening a present. You don’t know what’s inside.”

HD 142527 will be the subject of an upcoming paper led by Rice postdoctoral fellow Yann Boehler, who is working in Isella’s group.

Isella will speak as part of the “Planet Formation Seen With Radio Eyes” session at AAAS at 8 a.m. on Feb. 13. Other speakers include David J. Wilner with the Harvard-Smithsonian Center for Astrophysics in Cambridge, Mass., and Kevin Flaherty with Wesleyan University in Middletown, Conn. 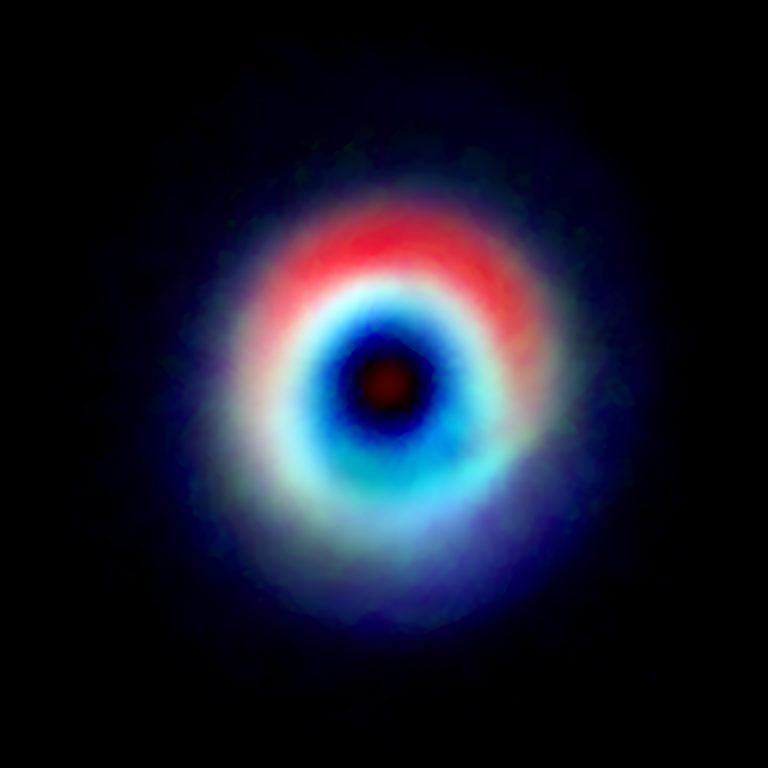 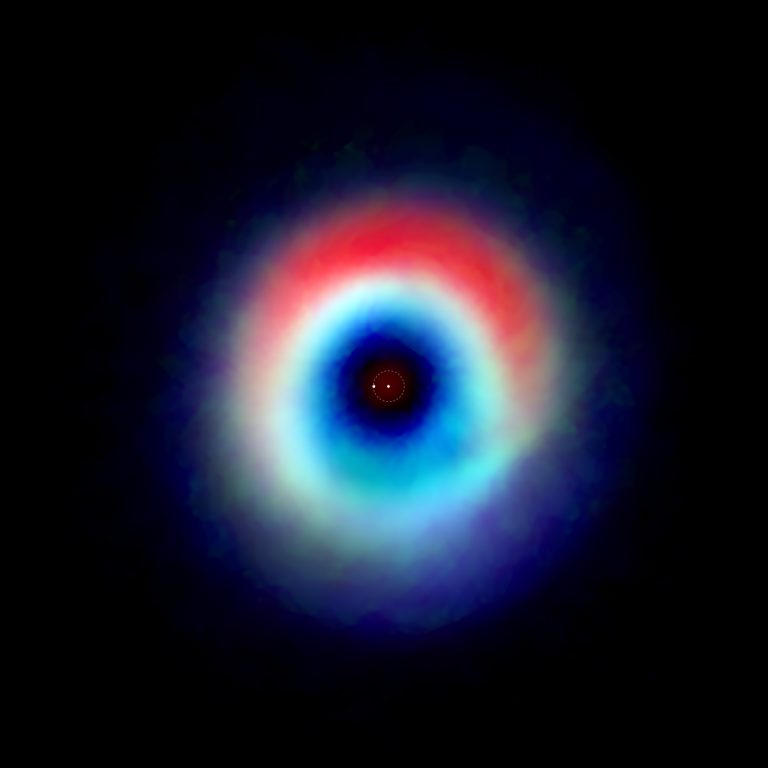 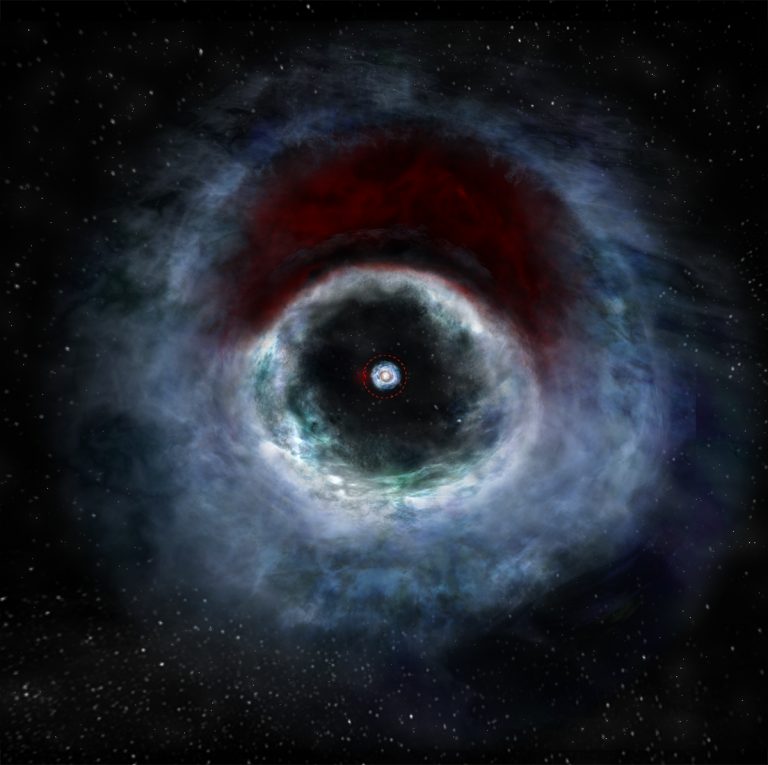 Artist impression of the HD 142527 binary star system based on data from the Atacama...Read More
Credit: B. Saxton (NRAO/AUI/NSF) 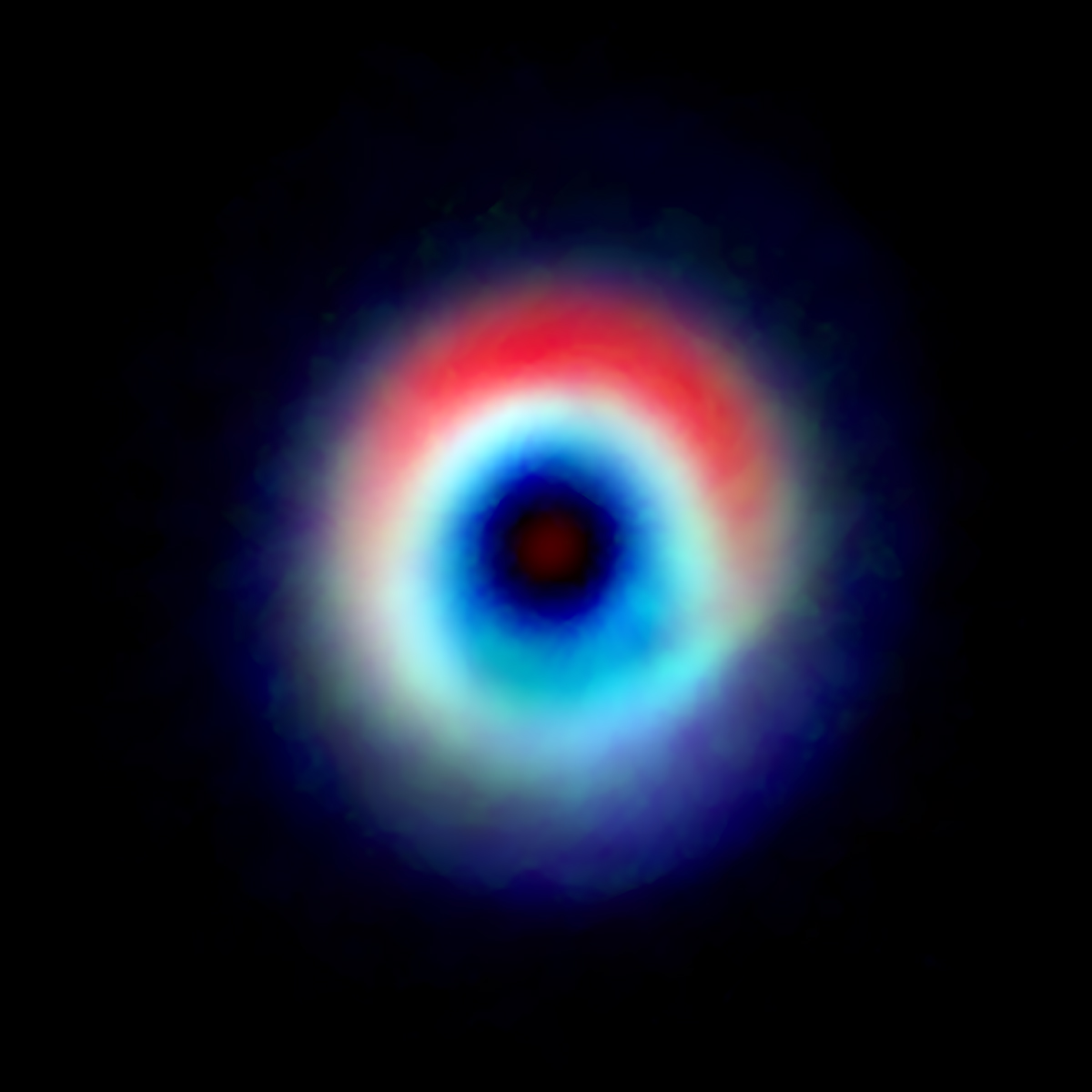 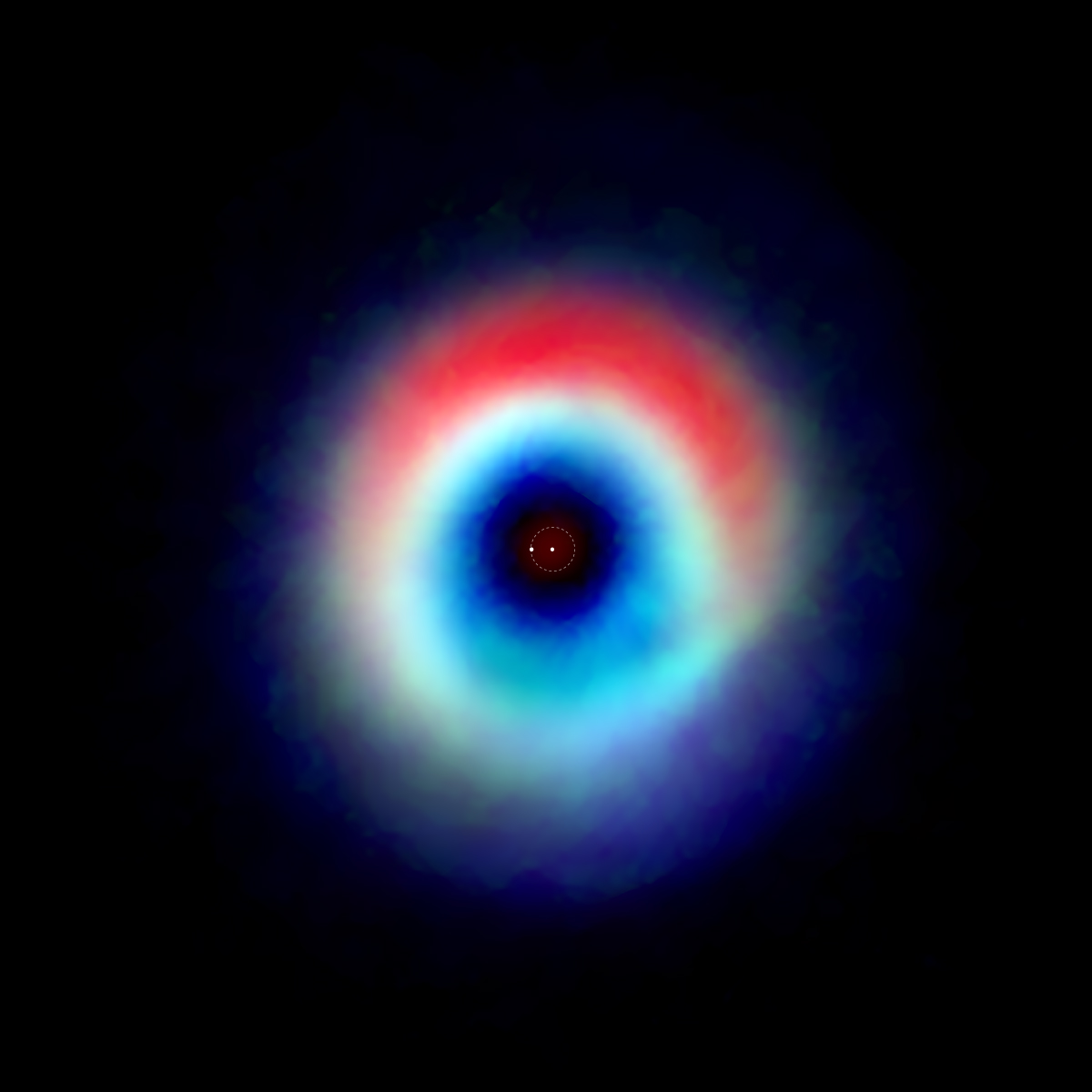 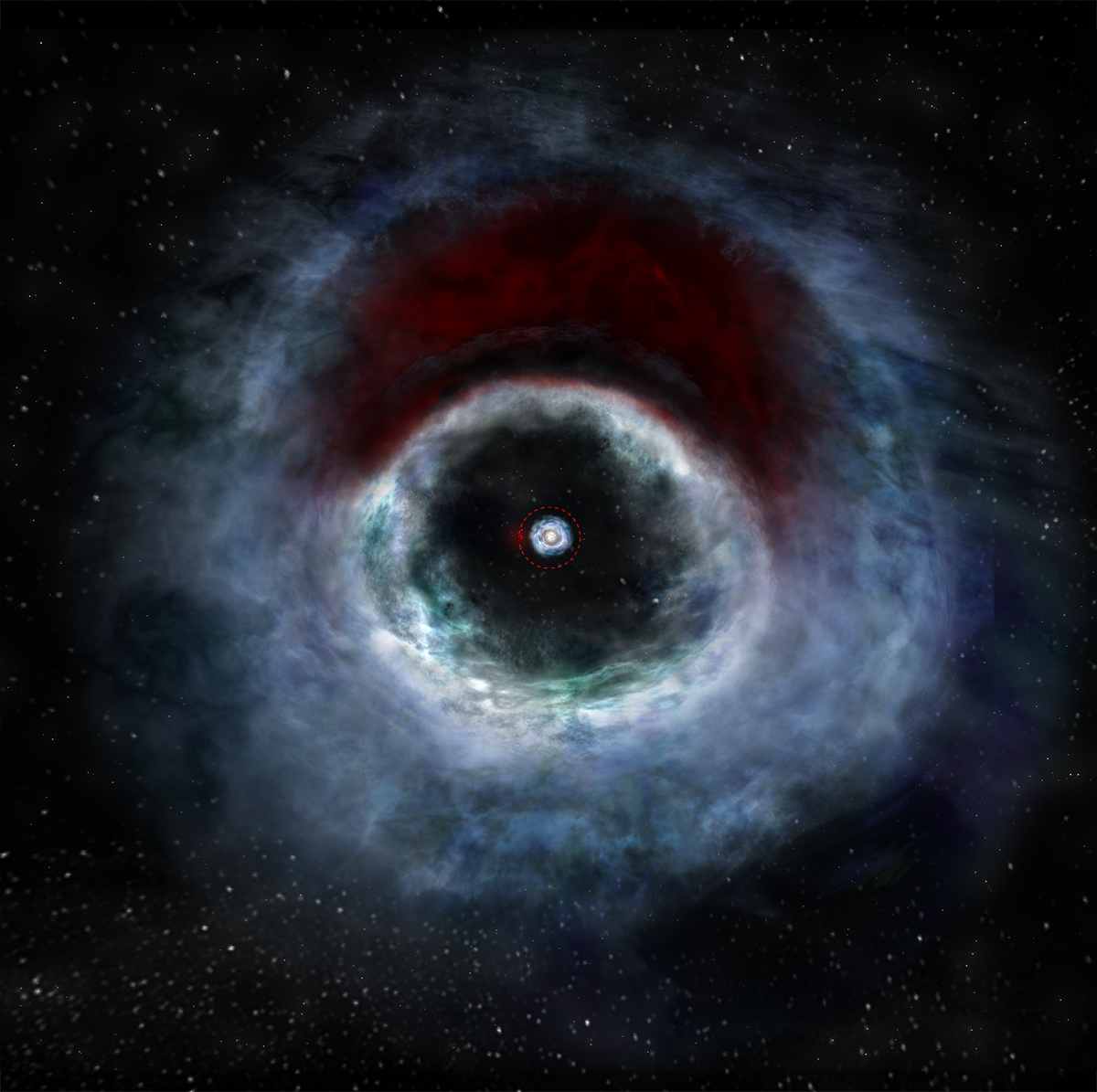