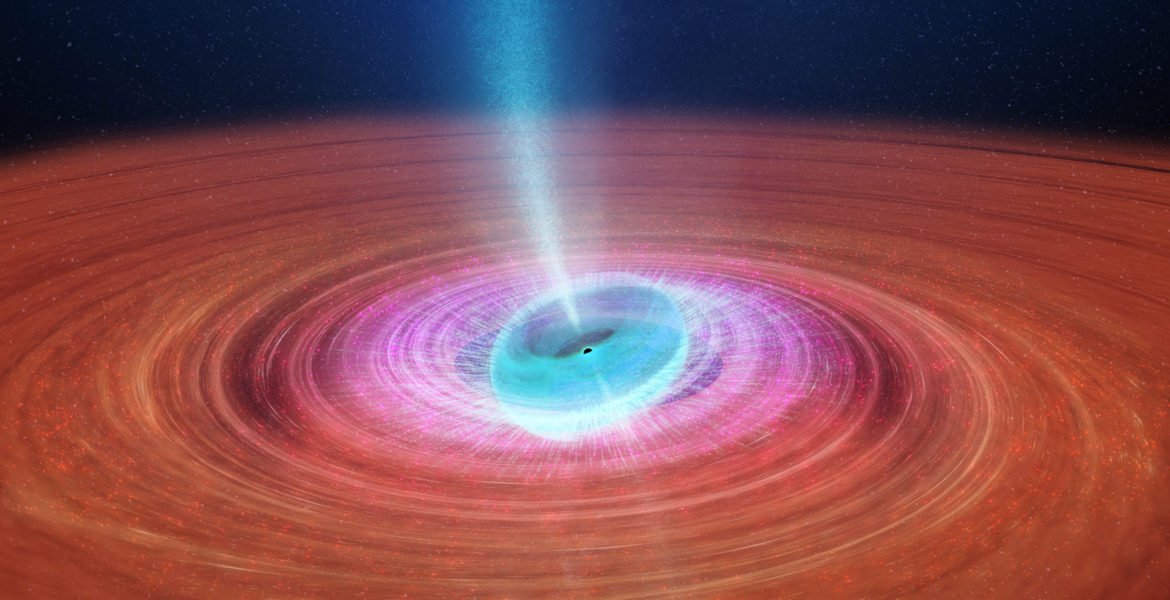 Jets of fast-moving material shot from the area surrounding a black hole are wobbling so fast that their change in direction can be seen in periods as short as minutes, and astronomers say it’s happening because the rotating black hole’s powerful gravitational pull is dragging nearby space itself along with it.

The team studied V404 Cygni, a black hole nine times more massive than the Sun, nearly 8,000 light-years from Earth. The black hole is drawing in material from a companion star with a mass about 70 percent that of the Sun. As the material streams toward the black hole, it forms a rotating disk, called an accretion disk, surrounding the black hole.

In such systems, the disk becomes denser and hotter with decreasing distance from the black hole. Either the innermost portion of the disk or the black hole itself launches jets of material outward away from the disk. The astronomers said V404 Cygni’s jet material moves as fast as 60 percent of the speed of light.

Such a rapid wobble, called precession, as that in V404 Cygni has not been seen before in other such systems. To explain that phenomenon, the scientists said, requires using an effect of Einstein’s general theory of relativity. That theory says that massive objects like black holes distort space and time. Further, when such a massive object is spinning, its gravitational influence pulls space and time around with it, an effect called frame-dragging.

In V404 Cygni, the black hole’s spin axis is misaligned from the plane of its orbit with the companion star. That causes the frame-dragging effect to warp the inner part of the disk, then pull the warped portion around with it. Since the jets originate from either the inner disk or the black hole, this changes the jet orientation, producing the wobbling observed with the VLBA.

“This is the only mechanism we can think of that can explain the rapid precession we see in V404 Cygni,” Miller-Jones said. “You can think of it like the wobble of a spinning top as it slows down, only in this case, the wobble is caused by Einstein’s general theory of relativity,” he added.

While V404 Cygni’s accretion disk is about 10 million kilometers wide, Miller-Jones pointed out that only the inner few thousand kilometers is warped. That inner part also is puffed up by strong radiation pressure into a doughnut shape that precesses as a rigid body.

The jets’ rapid direction changes meant that the astronomers had to change their observation strategy. Normally, astronomers will produce a single image using data collected over as much as several hours, like a long time exposure.

However, “These jets were changing so fast that in a four-hour image we saw just a blur,” said Alex Tetarenko, a recent Ph.D graduate from the University of Alberta and currently an East Asian Observatory Fellow working in Hawaii.

To capture the rapid motion, the researchers made 103 individual images, each about 70 seconds long, then combined them to make a movie.

The result, according to Greg Sivakoff, of the University of Alberta, indicates that similar behavior could be found in other objects.

“We were gobsmacked by what we saw in this system — it was completely unexpected,” said Sivakoff. “Finding this astronomical first has deepened our understanding of how black holes and galaxy formation can work. It tells us a little more about that big question: ‘How did we get here?'”

V404 Cygni first came to astronomers’ attention in 1938, when it experienced an outburst, and got its designation as a “variable star.” Another outburst was observed in 1989, and follow-up studies revealed a previously-unnoticed outburst in 1956.

NASA’s Swift satellite detected a new outburst on June 15, 2015, triggering a worldwide observing effort. The VLBA observations began on June 17, 2015, and continued through July 11 of that year.

Miller-Jones, Tetarenko, and Sivakoff, along with colleagues from around the world, are reporting their results in the scientific journal Nature. 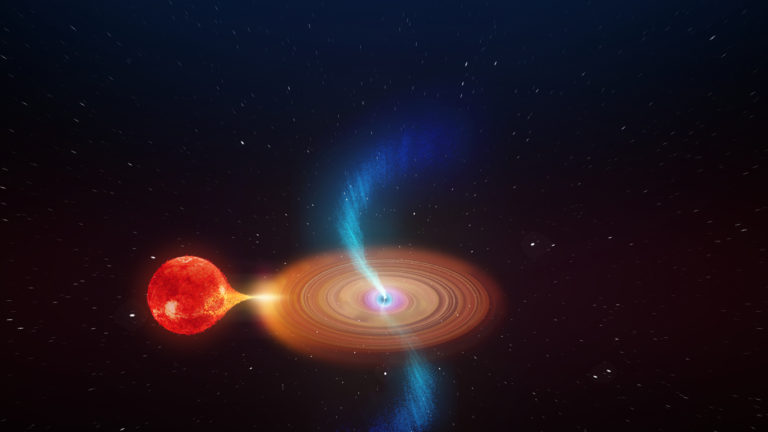 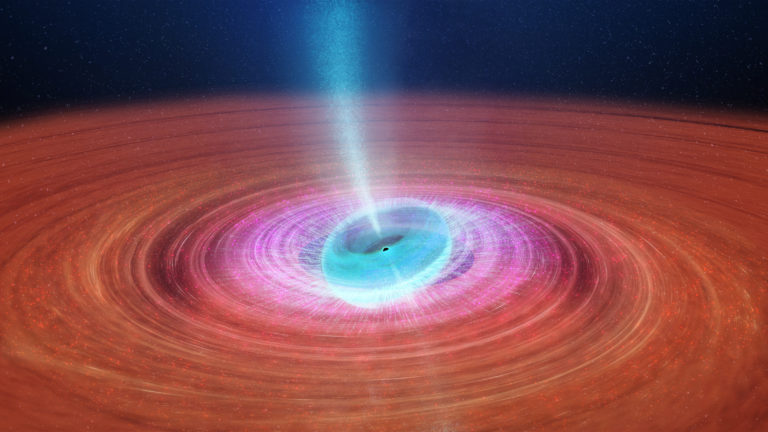 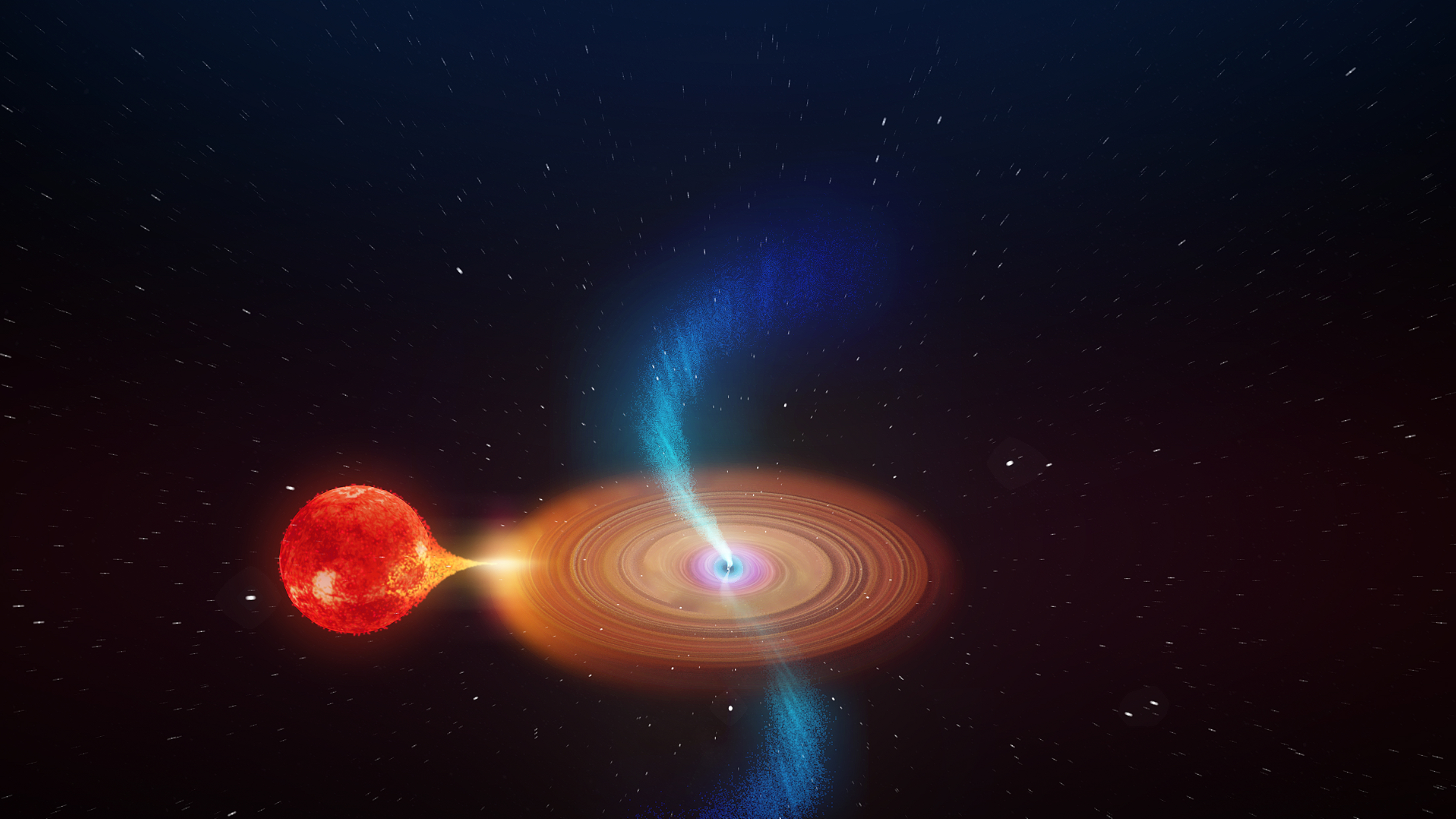 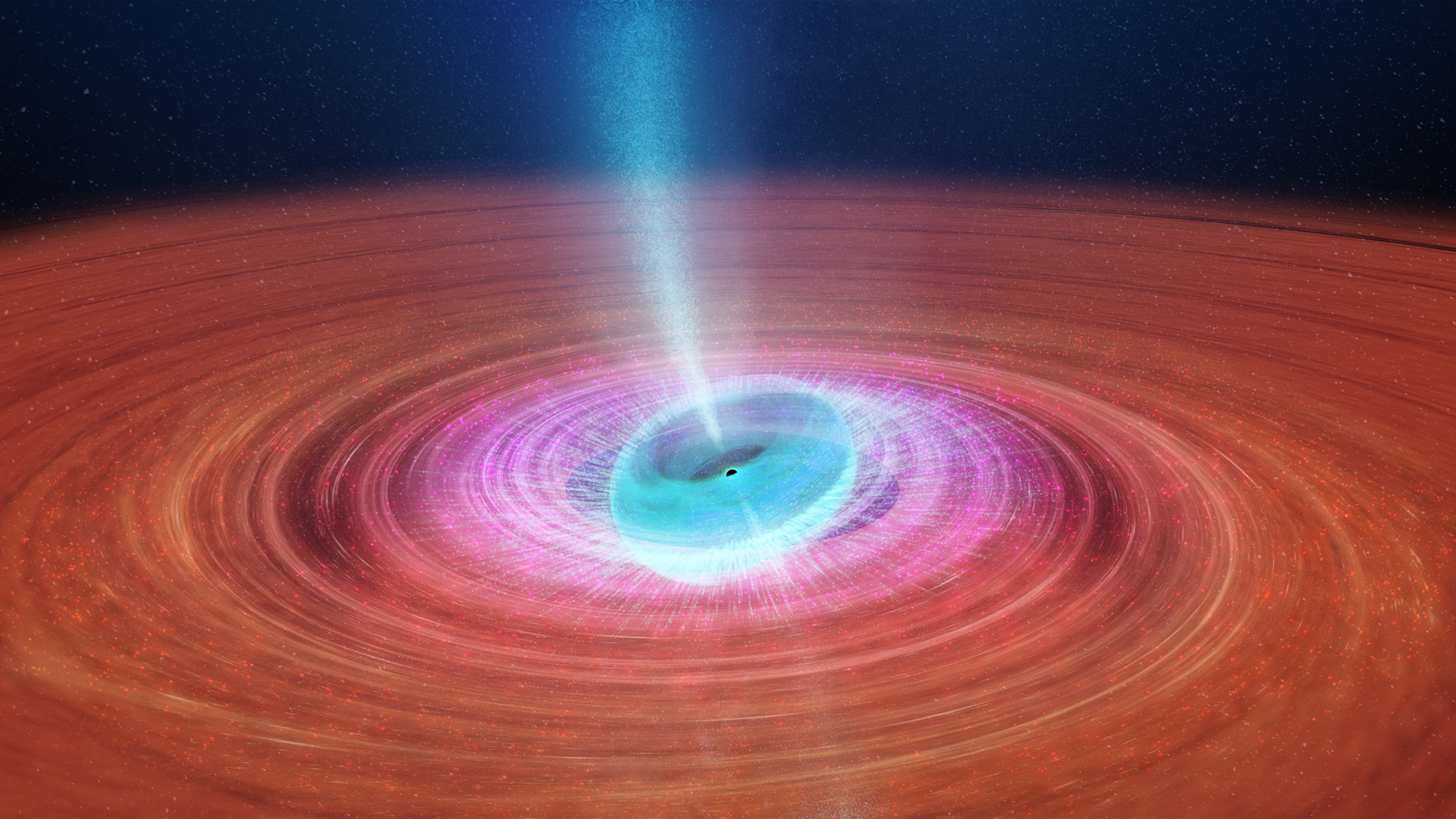