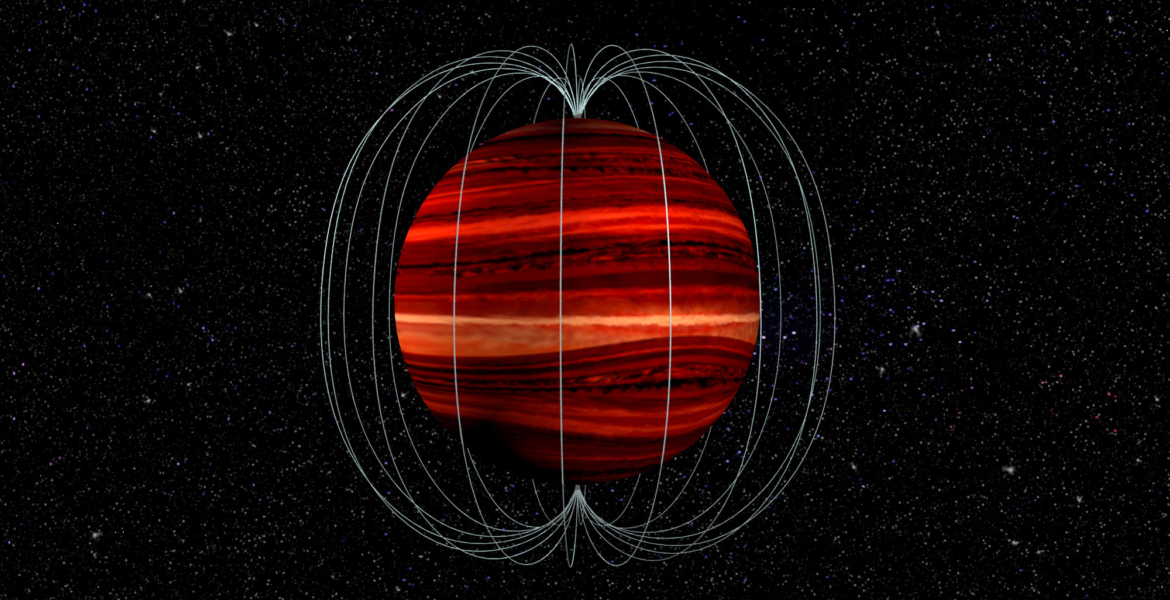 Astronomers have used the National Science Foundation’s Karl G. Jansky Very Large Array (VLA) and NASA’s Spitzer Space Telescope to make the first measurement of wind speed on a brown dwarf — an object intermediate in mass between a planet and a star.

Based on facts known about the giant planets Jupiter and Saturn in our own Solar System, a team of scientists led by Katelyn Allers of Bucknell University realized that they possibly could measure a brown dwarf’s wind speed by combining radio observations from the VLA and infrared observations from Spitzer.

“When we realized this, we were surprised that no one else had already done it,” Allers said.

The astronomers studied a brown dwarf called 2MASS J10475385+2124234, an object roughly the same size as Jupiter, but roughly 40 times more massive, about 34 light-years from Earth. Brown dwarfs, sometimes called “failed stars,” are more massive than planets, but not massive enough to cause the thermonuclear reactions at their cores that power stars.

That difference, she explained, is because the radio emission is caused by electrons interacting with the planet’s magnetic field, which is rooted deep in the planet’s interior, while the infrared emission comes from the top of the atmosphere. The atmosphere is rotating more quickly than the interior of the planet, and the corresponding difference in velocities is due to atmospheric winds.

“Because we expect the same mechanisms to be at work in the brown dwarf, we decided to measure its rotation speeds with both radio and infrared telescopes,” said Johanna Vos, of the American Museum of Natural History.

They observed 2MASS J10475385+2124234 with Spitzer in 2017 and 2018, and found that its infrared brightness varied regularly, likely because of the rotation of some long-lived feature in its upper atmosphere. The team did VLA observations in 2018 to measure the rotation period of the object’s interior.

Just as with Jupiter, they found that the brown dwarf’s atmosphere is rotating faster than its interior, with a calculated wind speed of about 1425 miles per hour. This is significantly faster than Jupiter’s wind speed, about 230 mph.

“This agrees with theory and simulations that predict higher wind speeds in brown dwarfs,” Allers said.

The astronomers said their technique can be used to measure winds not only on other brown dwarfs, but also on extrasolar planets.

“Because the magnetic fields of giant exoplanets are weaker than those of brown dwarfs, the radio measurements will need to be done at lower frequencies than those used for 2MASS J10475385+2124234, said Peter Williams of the Center for Astrophysics, Harvard & Smithsonian, and the American Astronomical Society.

“We’re excited that our method can now be used to help us better understand the atmospheric dynamics of brown dwarfs and extrasolar planets,” Allers said.

Allers, Vos, and Williams, along with Beth Biller of the University of Edinburgh, reported their findings in the journal Science. 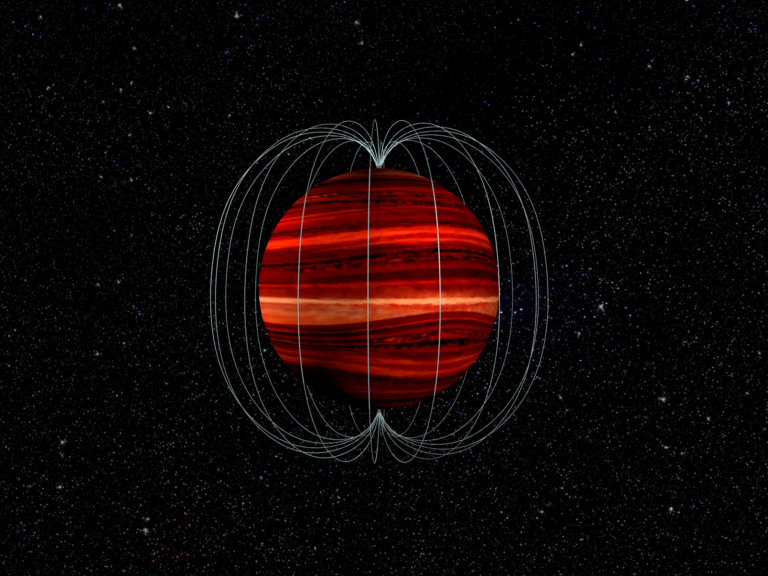 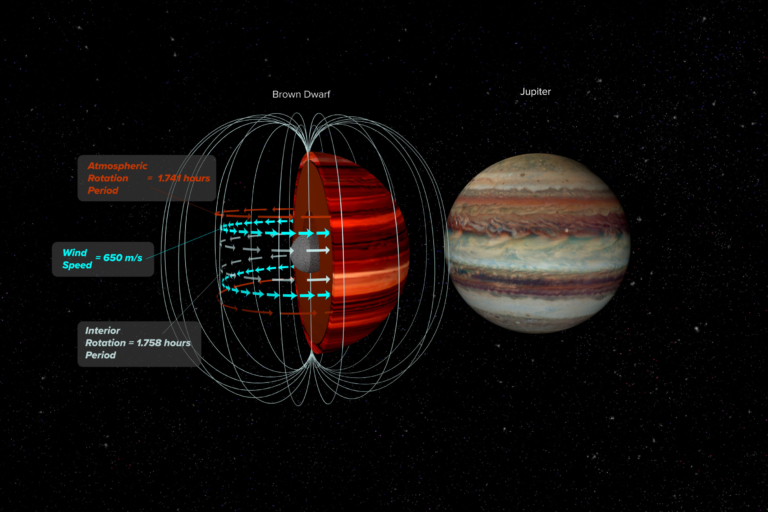 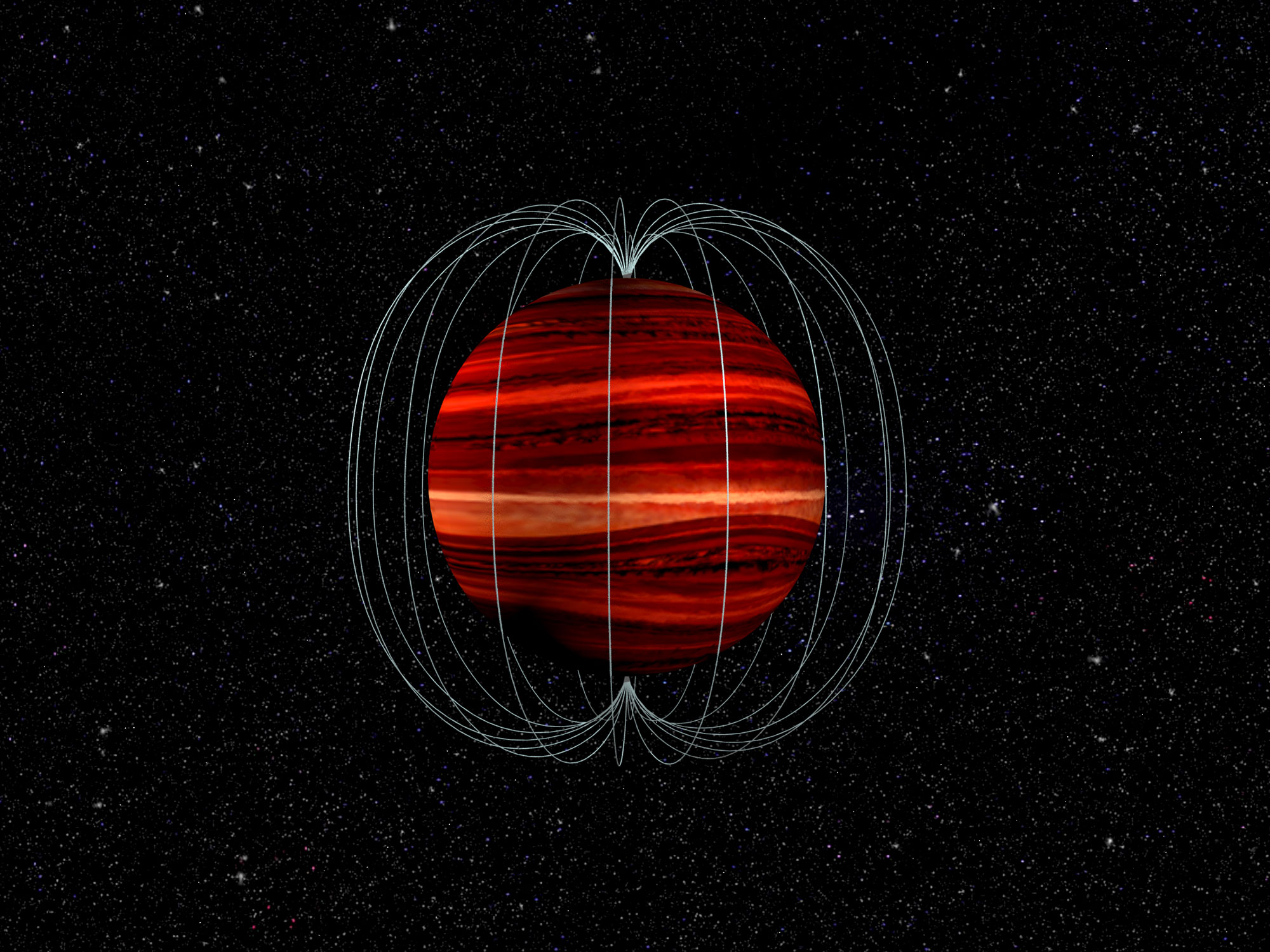 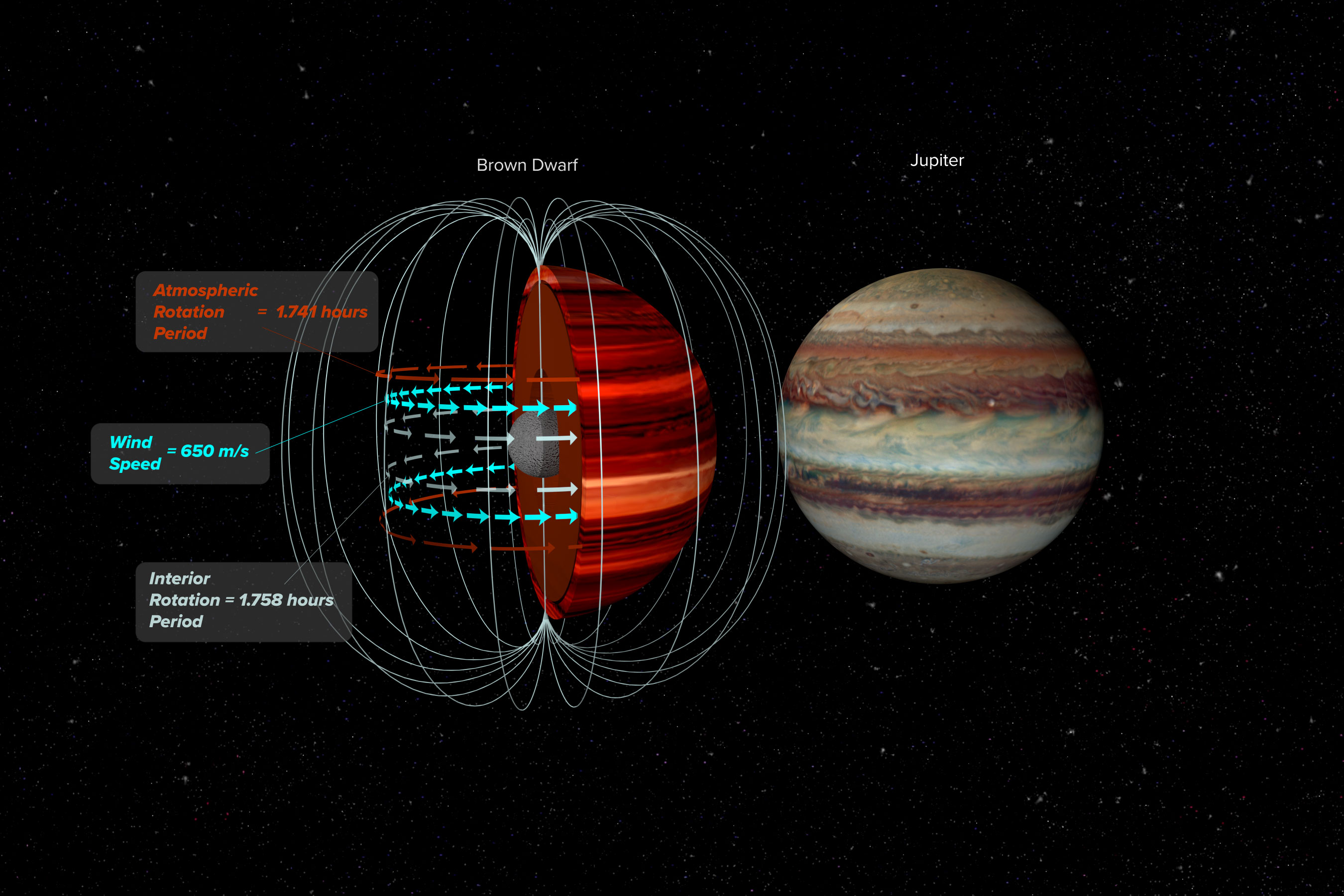