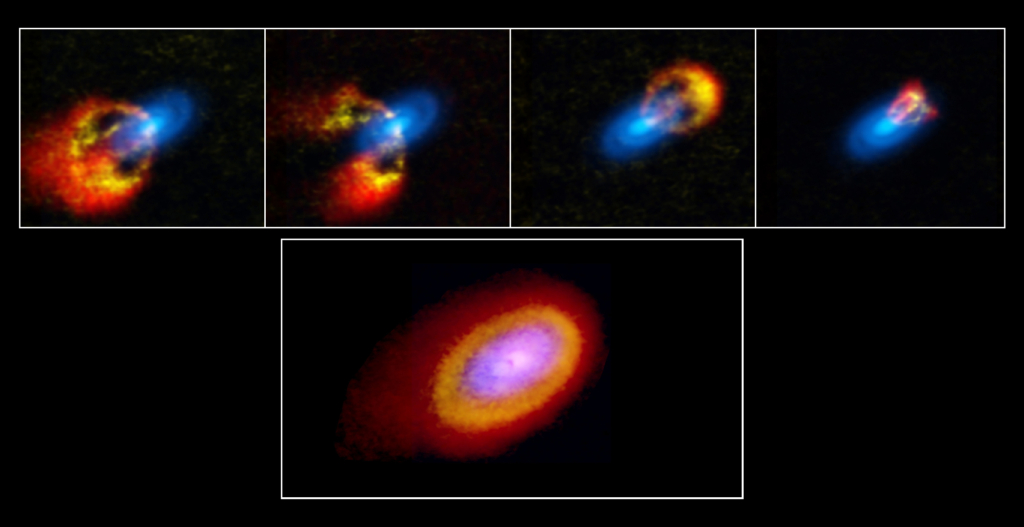 A team of scientists using the Atacama Large Millimeter/submillimeter Array (ALMA) to study the young star Elias 2-27 have confirmed that gravitational instabilities play a key role in planet formation, and have for the first time directly measured the mass of protoplanetary disksProtoplanetary DiskThe swirling disk of dust and gas that collapsed from a much larger cloud of material that will eventually evolve into a fully fledged planetary system. Features in the disk may already herald the presence of young planets. using gas velocity data, potentially unlocking one of the mysteries of planet formation. The results of the research are published today in two papers in The Astrophysical Journal.

Protoplanetary disks—planet-forming disks made of gas and dustDustTiny grains of material that block and scatter visible light and shorter wavelengths. Longer wavelengths are able to pass through dust in space, which has allowed astronomers to image previously hidden objects, such as the center of the Milky Way Galaxy. that surround newly formed young stars—are known to scientists as the birthplace of planets. The exact process of planet formation, however, has remained a mystery. The new research, led by Teresa Paneque-Carreño—a recent graduate of the Universidad de Chile and PhD student at the University of Leiden and the European Southern Observatory, and the primary author on the first of the two papers—focuses on unlocking the mystery of planet formation.

During observations, scientists confirmed that the Elias 2-27 star system—a young star located less than 400 light-years away from Earth in the constellation Ophiuchus—was exhibiting evidence of gravitational instabilities which occur when planet-forming disks carry a large fraction of the system’s stellar mass. “How exactly planets form is one of the main questions in our field. However, there are some key mechanisms that we believe can accelerate the process of planet formation,” said Paneque-Carreño. “We found direct evidence for gravitational instabilities in Elias 2-27, which is very exciting because this is the first time that we can show kinematic and multi-wavelength proof of a system being gravitationally unstable. Elias 2-27 is the first system that checks all of the boxes.”

Elias 2-27’s unique characteristics have made it popular with ALMA scientists for more than half a decade. In 2016, a team of scientists using ALMA discovered a pinwheel of dust swirling around the young star. The spirals were believed to be the result of density waves, commonly known to produce the recognizable arms of spiral galaxies—like the Milky Way Galaxy—but at the time, had never before been seen around individual stars.

“We discovered in 2016 that the Elias 2-27 disk had a different structure from other already studied systems, something not observed in a protoplanetary disk before: two large-scale spiral arms. Gravitational instabilities were a strong possibility, but the origin of these structures remained a mystery and we needed further observations,” said Laura Pérez, Assistant Professor at the Universidad de Chile and the principal investigator on the 2016 study. Together with collaborators, she proposed further observations in multiple ALMA bands that were analyzed with Paneque-Carreño as a part of her M.Sc. thesis at Universidad de Chile.

In addition to confirming gravitational instabilities, scientists found perturbations—or disturbances—in the star system above and beyond theoretical expectations. “There may still be new material from the surrounding molecular cloud falling onto the disk, which makes everything more chaotic,” said Paneque-Carreño, adding that this chaos has contributed to interesting phenomena that have never been observed before, and for which scientists have no clear explanation. “The Elias 2-27 star system is highly asymmetric in the gas structure. This was completely unexpected, and it is the first time we’ve observed such vertical asymmetry in a protoplanetary disk.”

Cassandra Hall, Assistant Professor of Computational Astrophysics at the University of Georgia, and a co-author on the research, added that the confirmation of both vertical asymmetry and velocity perturbations—the first large-scale perturbations linked to spiral structure in a protoplanetary disk—could have significant implications for planet formation theory. “This could be a ‘smoking gun’ of gravitational instability, which may accelerate some of the earliest stages of planet formation. We first predicted this signature in 2020, and from a computational astrophysics point of view, it’s exciting to be right.”

Paneque-Carreño added that while the new research has confirmed some theories, it has also raised new questions. “While gravitational instabilities can now be confirmed to explain the spiral structures in the dust continuum surrounding the star, there is also an inner gap, or missing material in the disk, for which we do not have a clear explanation.”

One of the barriers to understanding planet formation was the lack of direct measurement of the mass of planet-forming disks, a problem addressed in the new research. The high sensitivity of ALMA Band 6, paired with Bands 3 and 7, allowed the team to more closely study the dynamical processes, density, and even the mass of the disk. “Previous measurements of protoplanetary disk mass were indirect and based only on dust or rare isotopologues. With this new study, we are now sensitive to the entire mass of the disk,” said Benedetta Veronesi—a graduate student at the University of Milan and postdoctoral researcher at École normale supérieure de Lyon, and the lead author on the second paper. “This finding lays the foundation for the development of a method to measure disk mass that will allow us to break down one of the biggest and most pressing barriers in the field of planet formation. Knowing the amount of mass present in planet-forming disks allows us to determine the amount of material available for the formation of planetary systems, and to better understand the process by which they form.”

Although the team has answered a number of key questions about the role of gravitational instability and disk mass in planet formation, the work is not yet done. “Studying how planets form is difficult because it takes millions of years to form planets. This is a very short time-scale for stars, which live thousands of millions of years, but a very long process for us,” said Paneque-Carreño. “What we can do is observe young stars, with disks of gas and dust around them, and try to explain why these disks of material look the way they do. It’s like looking at a crime scene and trying to guess what happened. Our observational analysis paired with future in-depth analysis of Elias 2-27 will allow us to characterize exactly how gravitational instabilities act in planet-forming disks, and gain more insight into how planets are formed.” 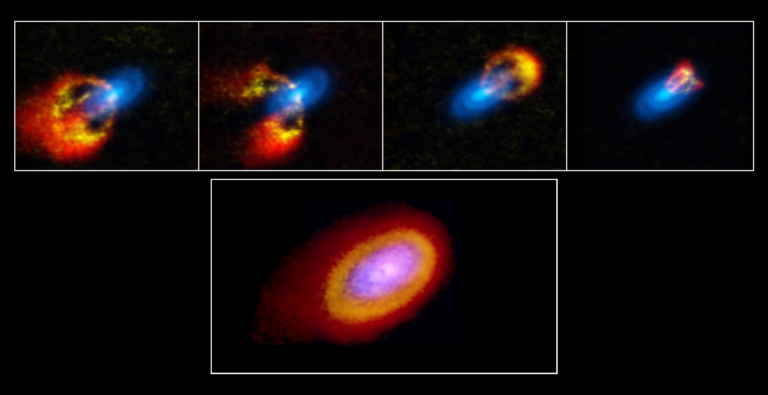 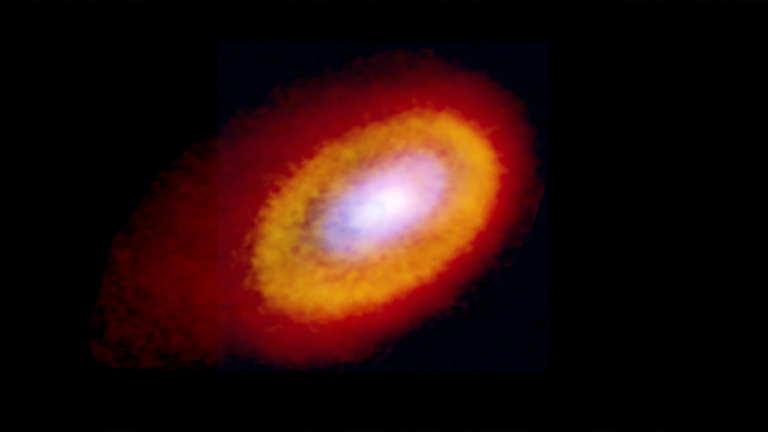 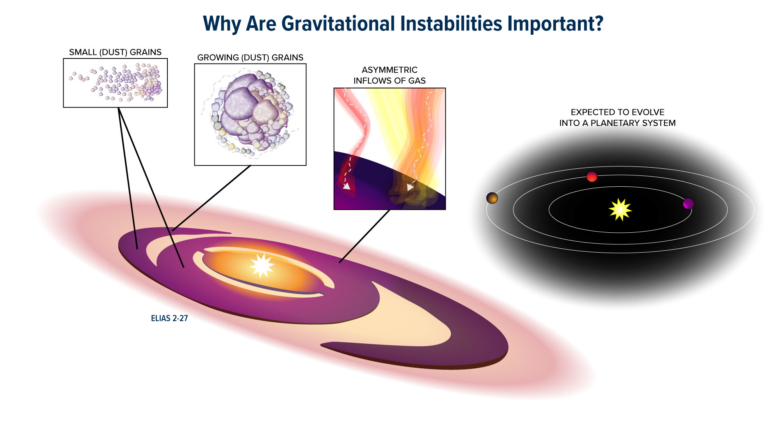 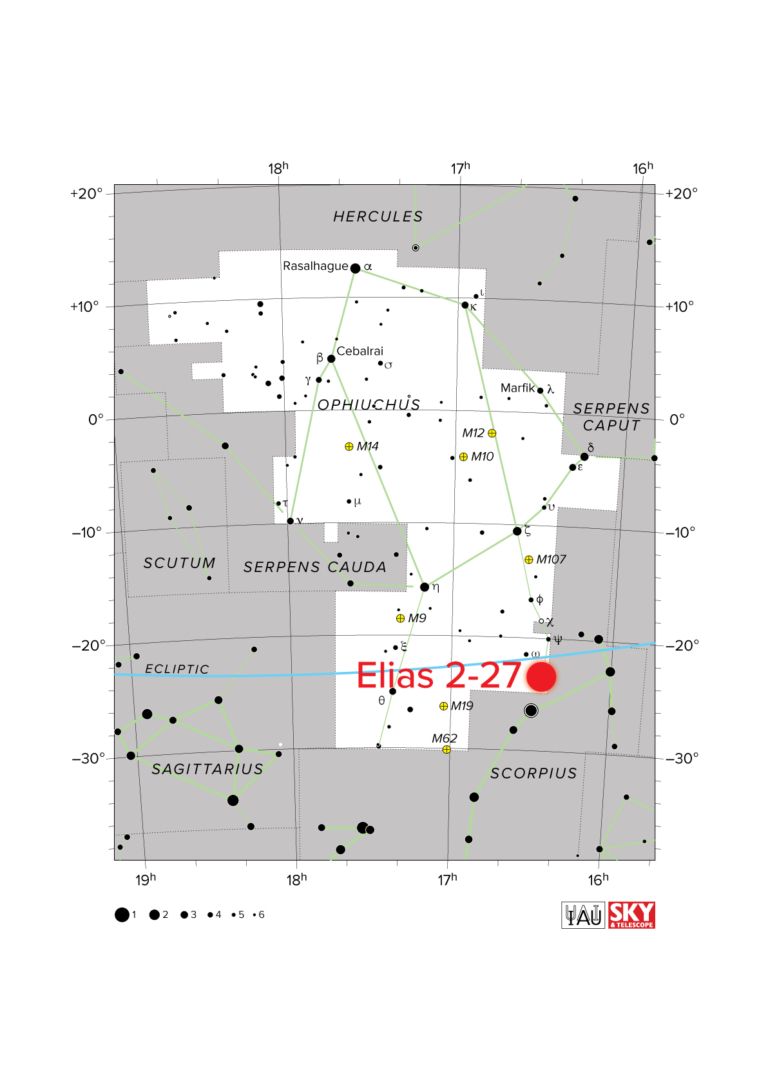 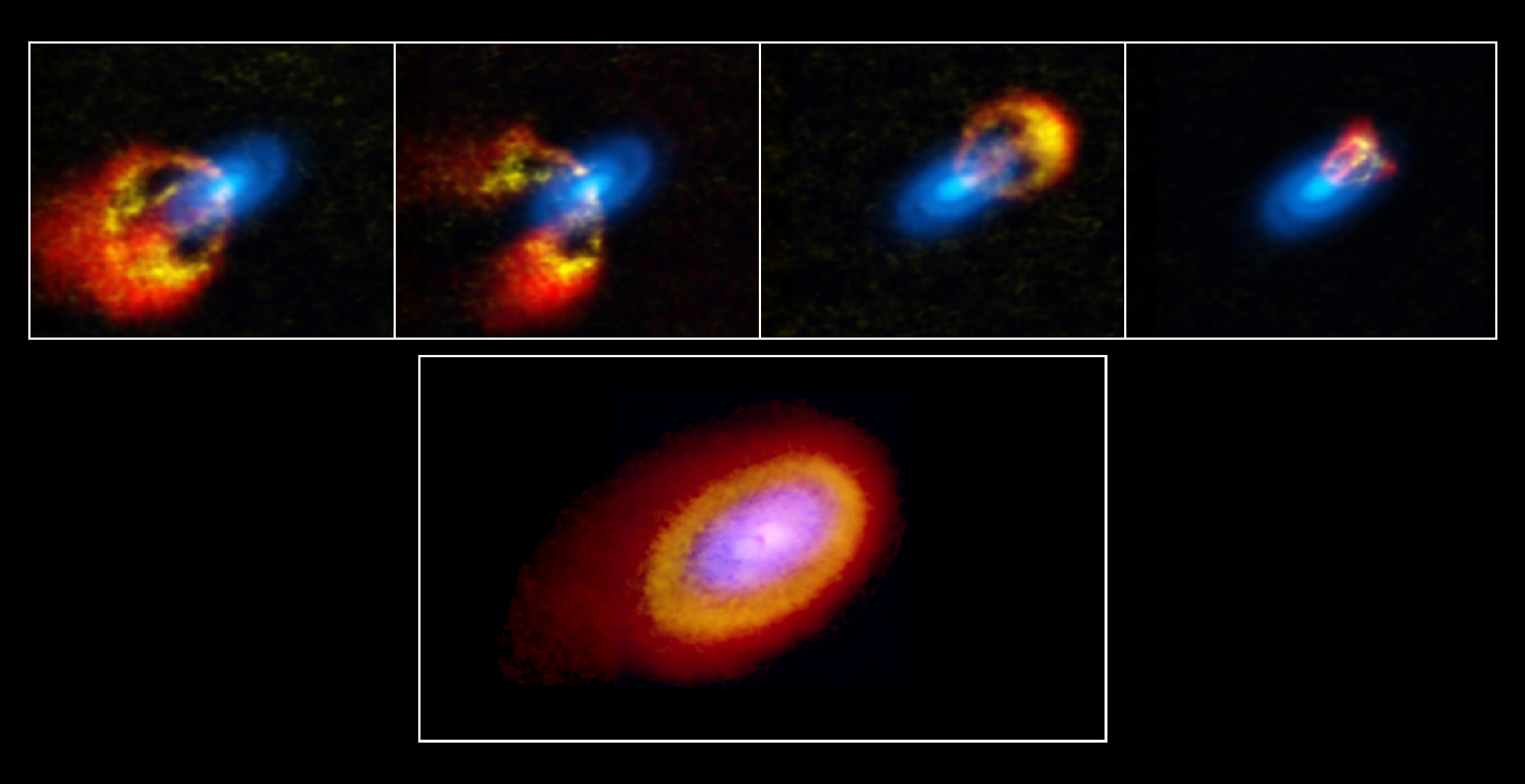 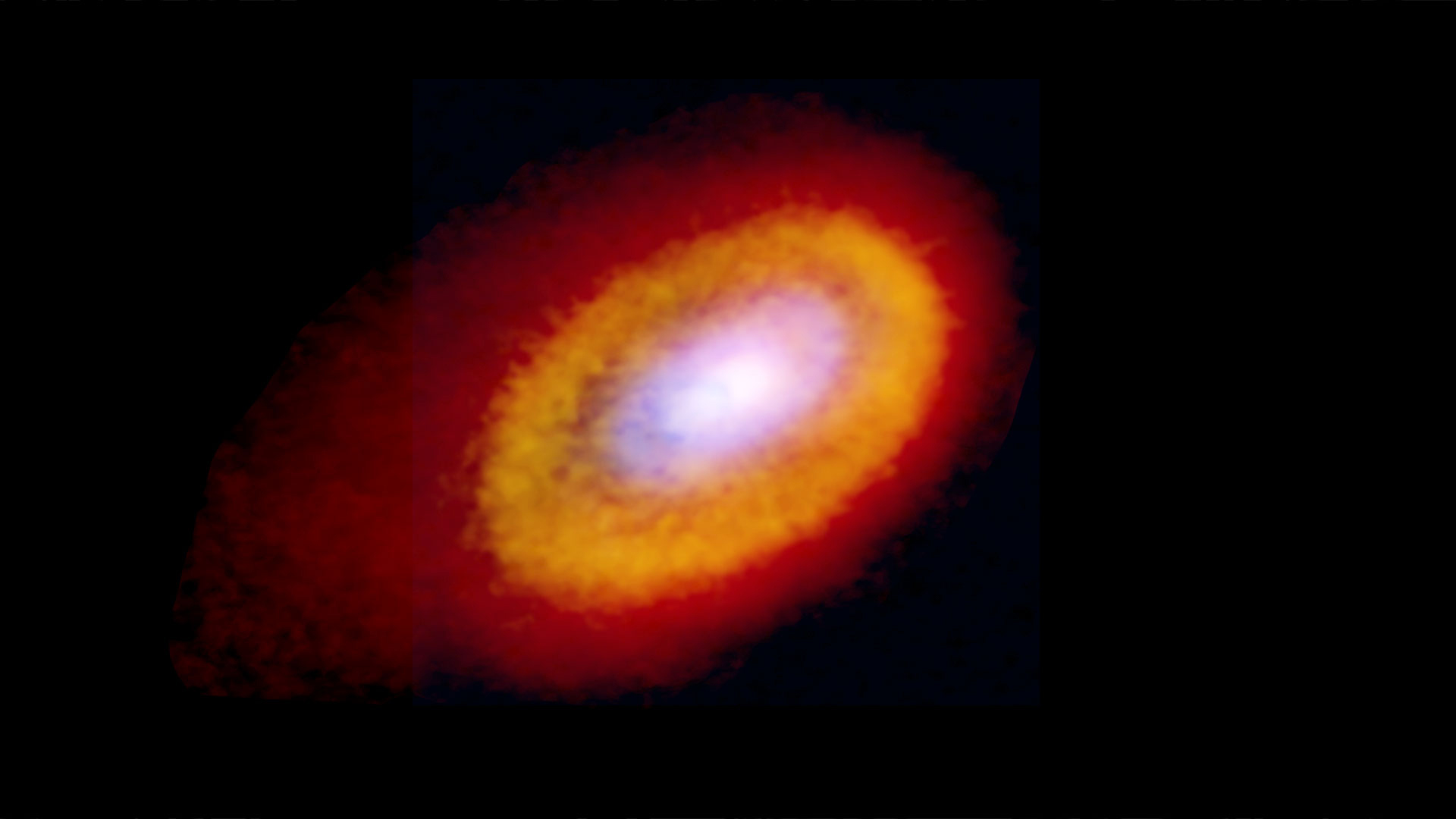 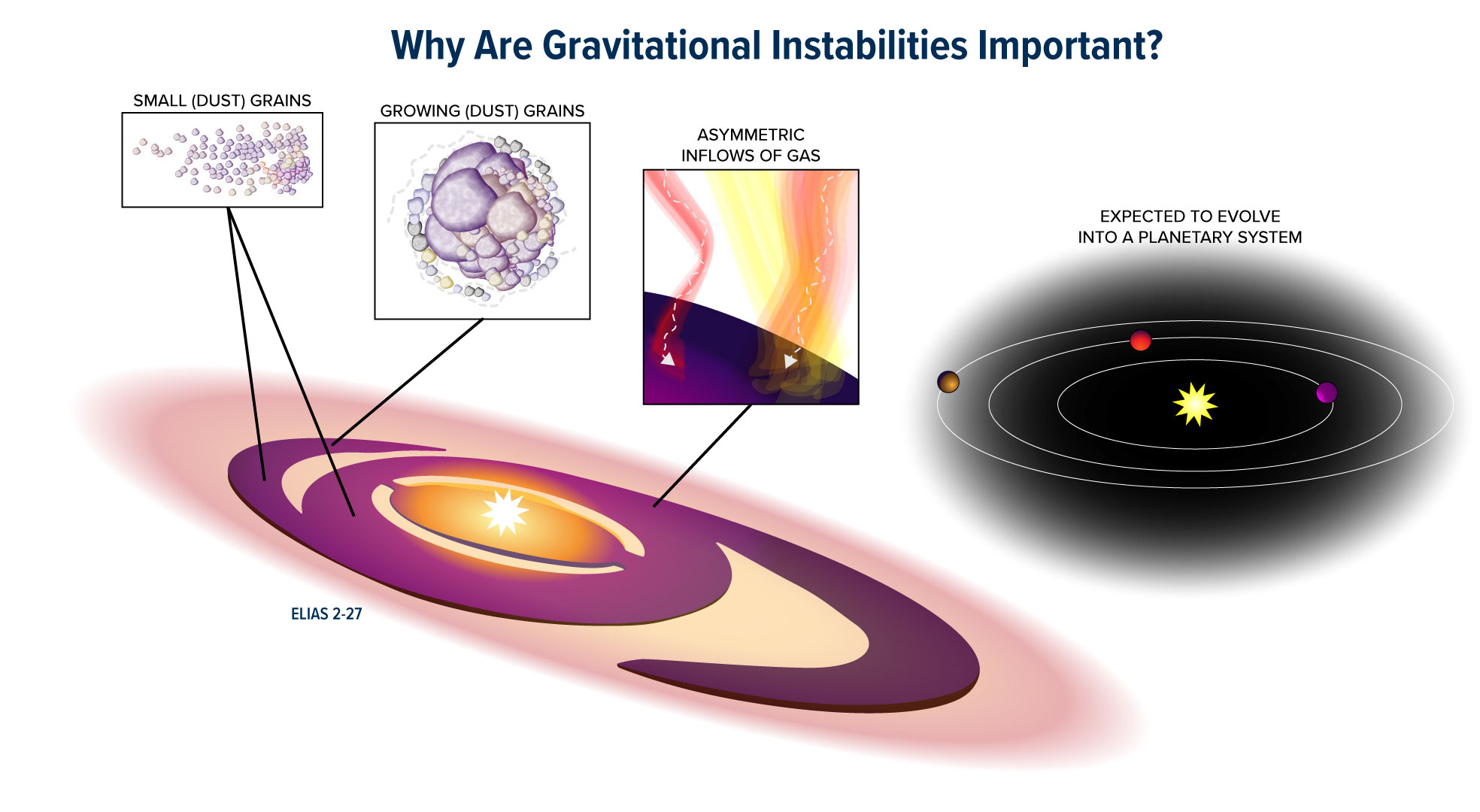 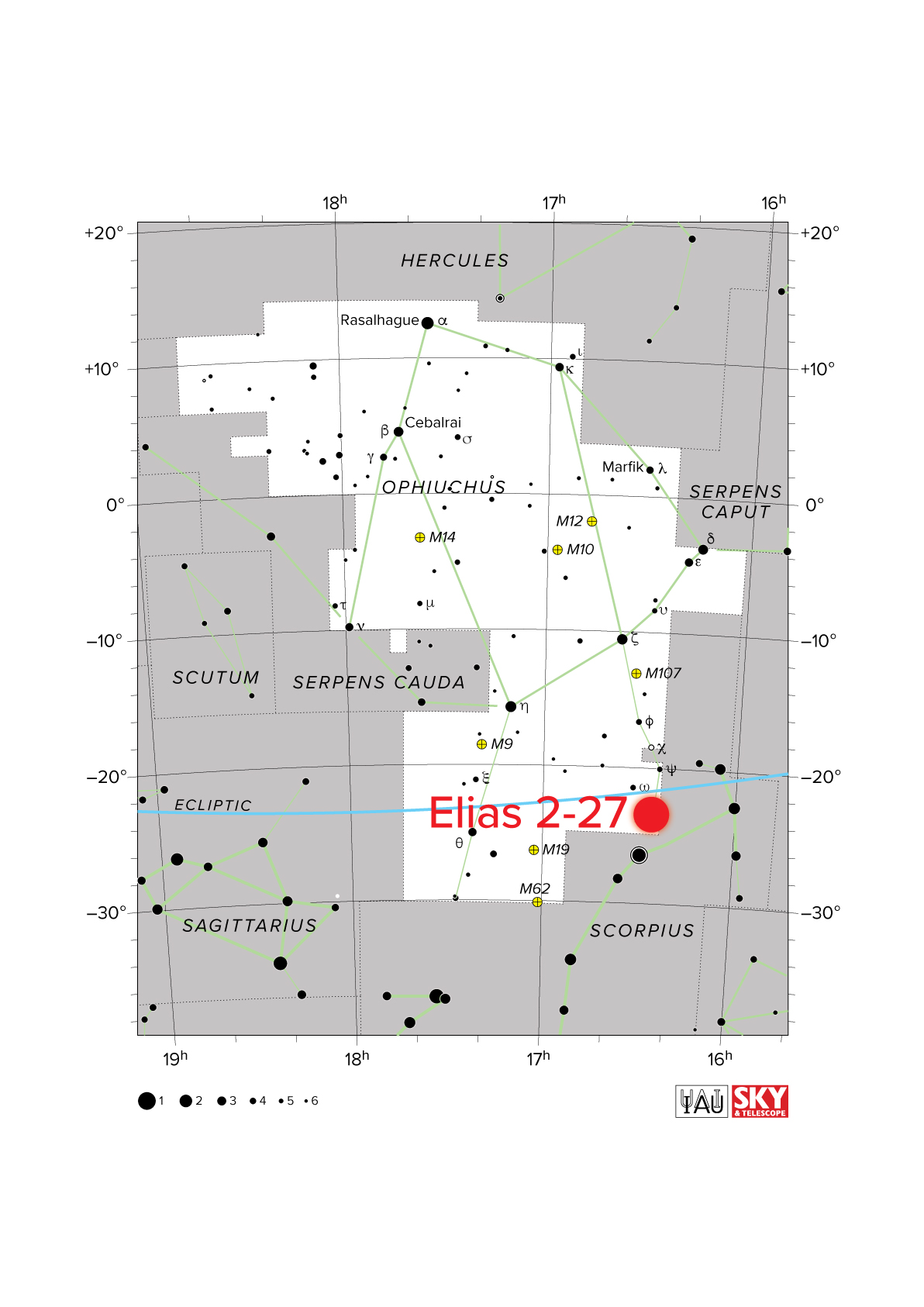