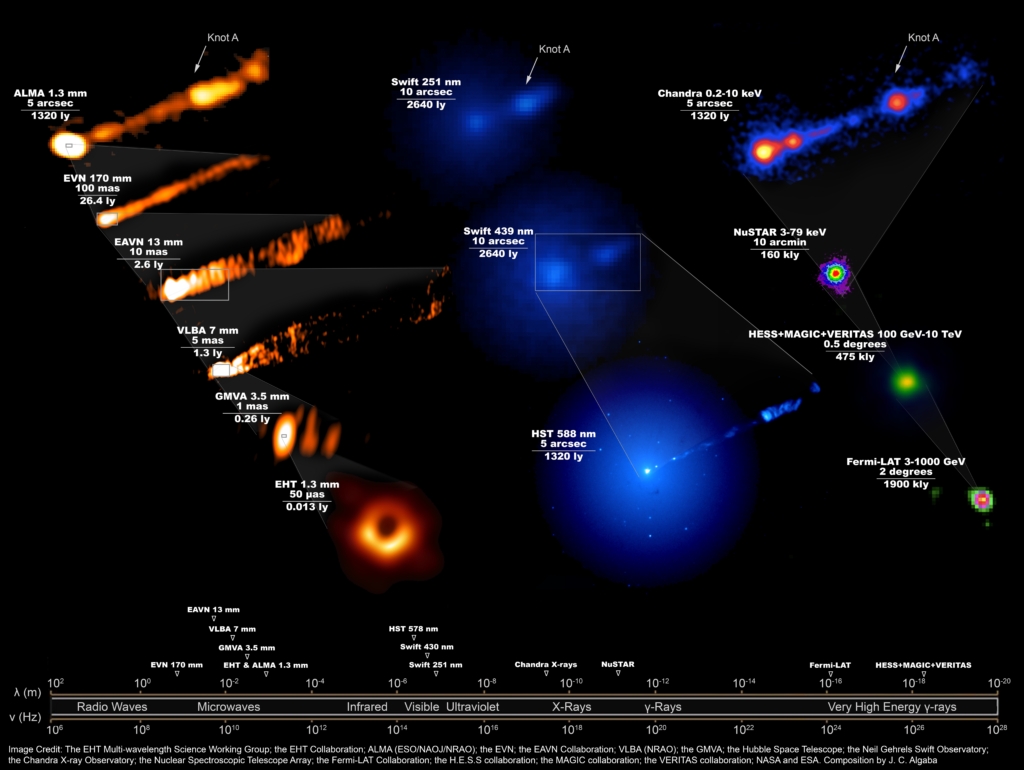 In 2019, a worldwide collaboration of scientists used a global collection of radio telescopes called the Event Horizon Telescope (EHT) to make the first-ever image of a black hole — the supermassive black hole at the core of the galaxy M87, some 55 million light-years from Earth. This long-sought achievement was an important scientific landmark. However, any image at a single wavelength can give only a partial picture of the entire phenomenon.

“We knew that the first direct image of a black hole would be groundbreaking,” said Kazuhiro Hada of the National Astronomical Observatory of Japan, a co-author on the new study. “But to get the most out of this remarkable image, we need to know everything we can about the black hole’s behavior at that time by observing over the entire electromagnetic spectrum.”

The tremendous gravitational pull of a supermassive black hole can power jets of particles that travel at nearly the speed of light across vast distances. The result produces electromagnetic radiation spanning the entire range from radio waves to visible light, to gamma rays.

In this video, results from each telescope across the observing campaign reveal previously unseen structures and the impact of the black hole on its surroundings in regions spanning one to 100,000 light-years across.

“Understanding the particle acceleration is really central to our understanding of both the EHT image as well as the jets, in all their ‘colors’,” said co-author Sera Markoff, from the University of Amsterdam. “These jets manage to transport energy released by the black hole out to scales larger than the host galaxy, like a huge power cord. Our results will help us calculate the amount of power carried, and the effect the black hole’s jets have on its environment.”

“There are multiple groups eager to see if their models are a match for these rich observations, and we’re excited to see the whole community use this public data set to help us better understand the deep links between black holes and their jets,” said co-author Daryl Haggard of McGill University.

This new study, reported in The Astrophysical Journal Letters, provides a valuable resource for helping scientists understand the physics of how such monster black holes operate and strongly affect their surroundings.

Video: A Black Hole and its Far-Reaching Effects 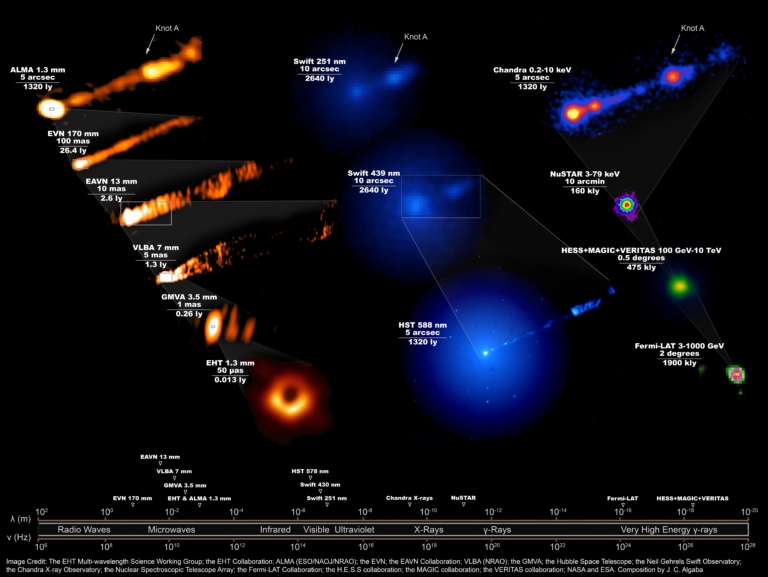 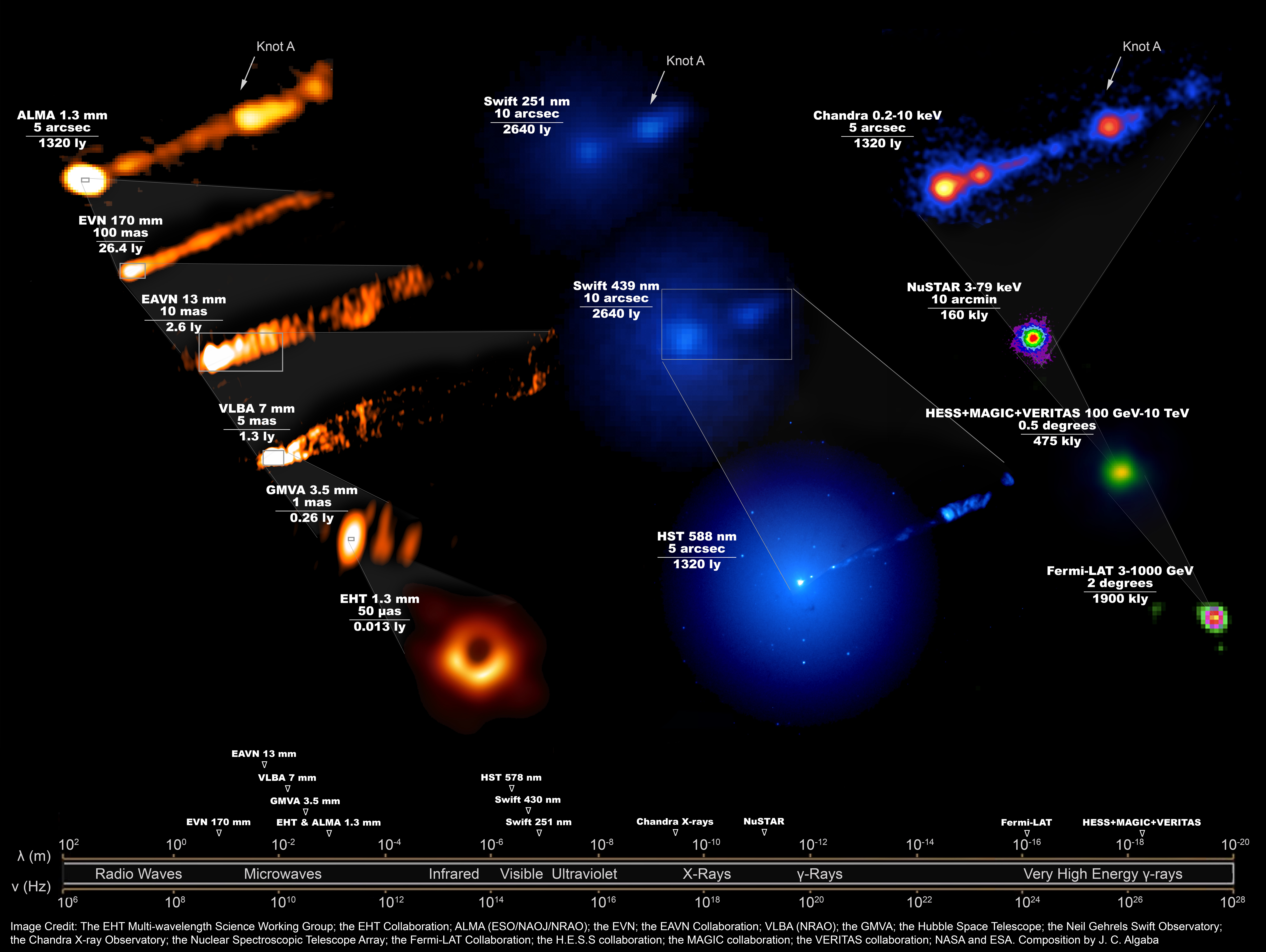