Have you ever wondered what makes the ALMA telescope so special? How it harnesses amazing technology to open a new window on the universe? What it can tell us about our cosmic origins?

The answers to these questions will unfold over the next four weeks through a fanciful and informative animated series called “Why Astronomers Want to Use ALMA.” This series, which consists of five, two-minute episodes, will provide an approachable and oftentimes humorous explanation of the engineering and science of ALMA.

With colorful artwork and clever animations, these short videos delve into topics that explain the fundamentals of radio astronomy, including interferometry (why an array of antennas works as one telescope), astrochemistry (the molecules and elements found in space), the basics of light and the electromagnetic spectrum, the hidden features of the “cold” universe, and the origin and destiny of stardust.

This outreach project was developed by María Corrêa-Mendes, who joined the ALMA Education and Public Outreach Department as an intern last year. She created these videos as part of her master’s degree program in scientific outreach at the Universidad Nova in Lisbon, Portugal.

The first episode, ALMA Observes the Invisible Universe, explores the wonders of light and the electromagnetic spectrum. The remaining episodes will be released over the next four weeks. All are free to use, distribute, download and modify under the Creative Commons Attribution 4.0 International license. 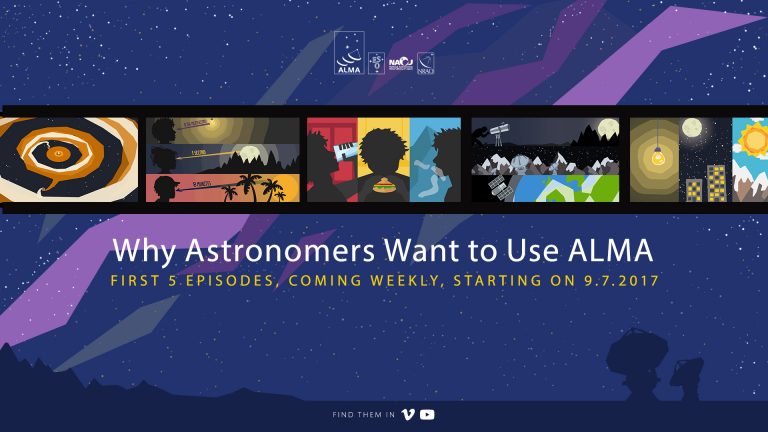 Animated series explains the discoveries enabled by ALMA and the wonders of the invisible universe.
Credit: ALMA (ESO/NAOJ/NRAO) 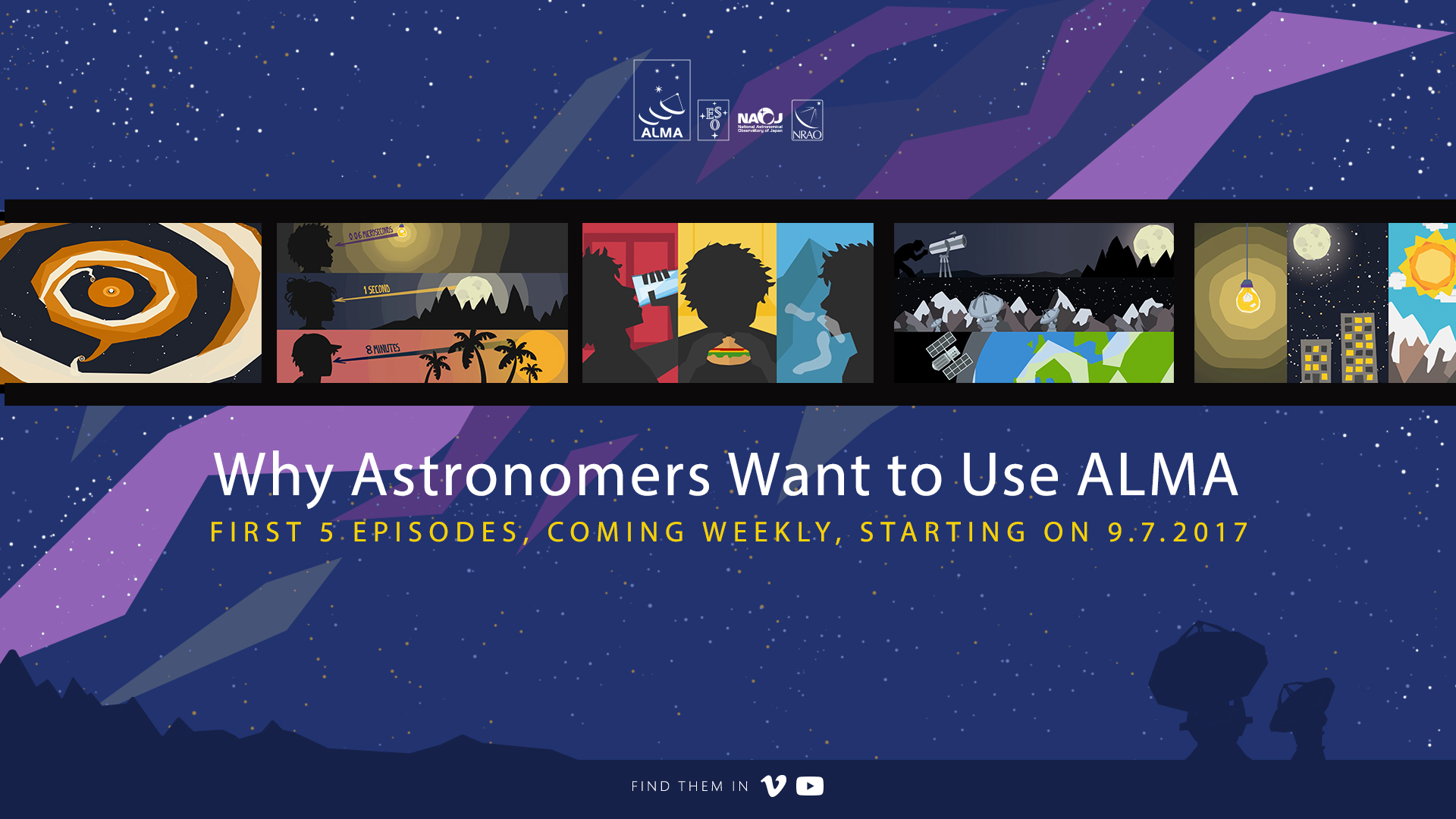