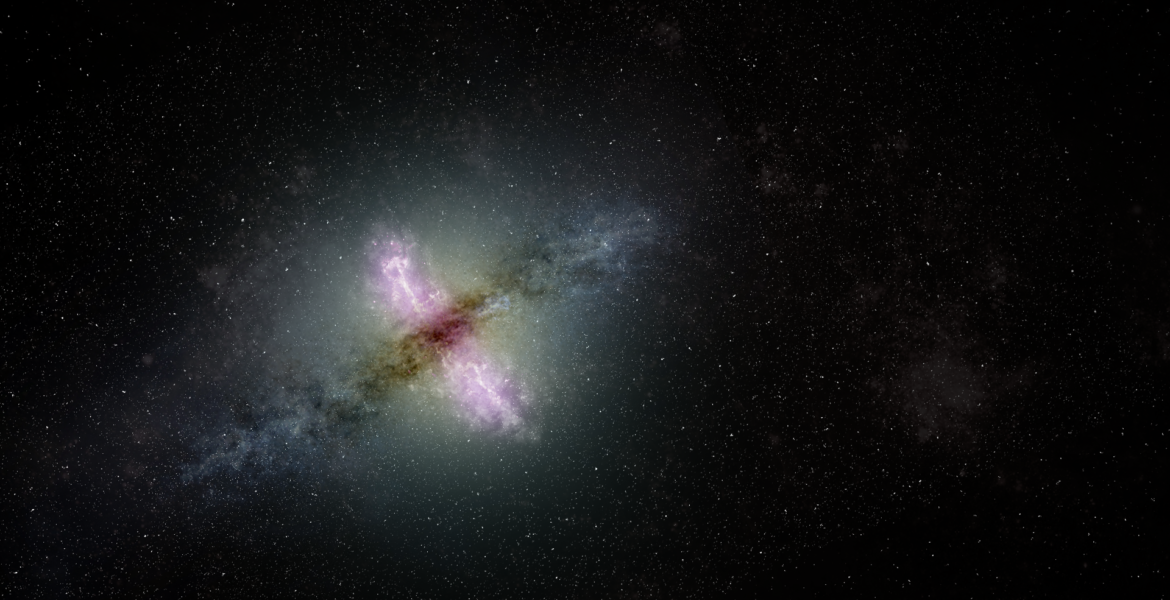 Astronomers using data from the ongoing VLA Sky Survey (VLASS) have found a number of distant galaxies with supermassive black holes at their cores that have launched powerful, radio-emitting jets of material within the past two decades or so. The scientists compared data from VLASS with data from an earlier survey that also used the National Science Foundation’s Karl G. Jansky Very Large Array (VLA) to reach their conclusion.

“We found galaxies that showed no evidence of jets before but now show clear indications of having young, compact jets,” said Dr. Kristina Nyland, who is an NRC postdoctoral fellow in residence at the Naval Research Laboratory.

“Jets like these can strongly affect the growth and evolution of their galaxies, but we still don’t understand all of the details. Catching newborn jets with surveys like VLASS provides a measure of the role of powerful radio jets in shaping the lives of the galaxies over billions of years,” Nyland said.

VLASS is a project that will survey the sky visible from the VLA — about 80 percent of the entire sky — three times over seven years. The observations began in 2017 and the first of the three scans now is complete. Nyland and her colleagues compared data from this scan with data from the FIRST survey that used the VLA to observe a smaller portion of the sky between 1993 and 2011.

They chose 14 of these galaxies for more detailed observations with the VLA. These observations provided higher-resolution images and also were done at multiple radio frequencies to get a more complete understanding of the objects’ characteristics.

“The data from these detailed observations tell us that the most likely cause of the difference in radio brightness between the FIRST and the VLASS observations is that the ‘engines’ at the cores of these galaxies have launched new jets since the FIRST observations were made,” explained Dillon Dong, from Caltech.

The black holes at the cores of galaxies are known to interact with the galaxies themselves, and the two evolve together. The jets launched from the regions near the black holes can affect the amount of star formation within the galaxy.

“Radio jets provide natural laboratories for learning about the extreme physics of supermassive black holes, whose formation and growth are believed to be intrinsically linked to that of the galaxy centers in which they reside,” said Pallavi Patil, of the University of Virginia.

“Jets as young as the ones discovered in our study can provide us with a rare opportunity to gain new insights on how these interactions between the jets and their surroundings work,” Nyland said.

“VLASS has proven to be a key tool for discovering such jets, and we eagerly await the results of its next two observing epochs,” said Mark Lacy, of the National Radio Astronomy Observatory.

Nyland and her colleagues plan further studies of the galaxies using the Very Long Baseline Array (VLBA), the Chandra X-Ray Observatory, and visible-light and infrared telescopes. They are reporting their results in the Astrophysical Journal. 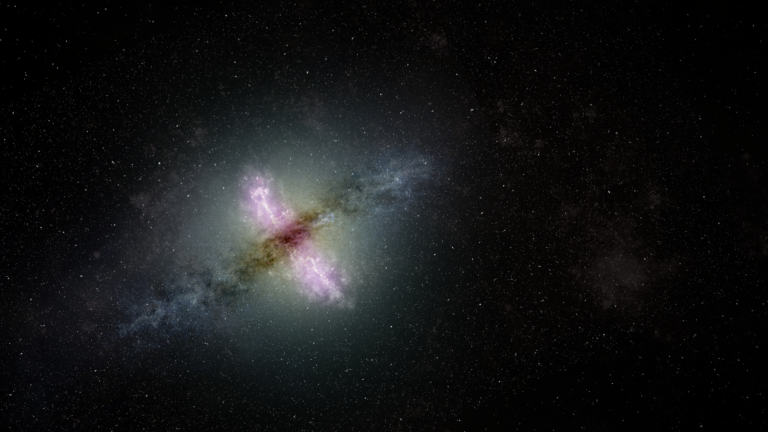 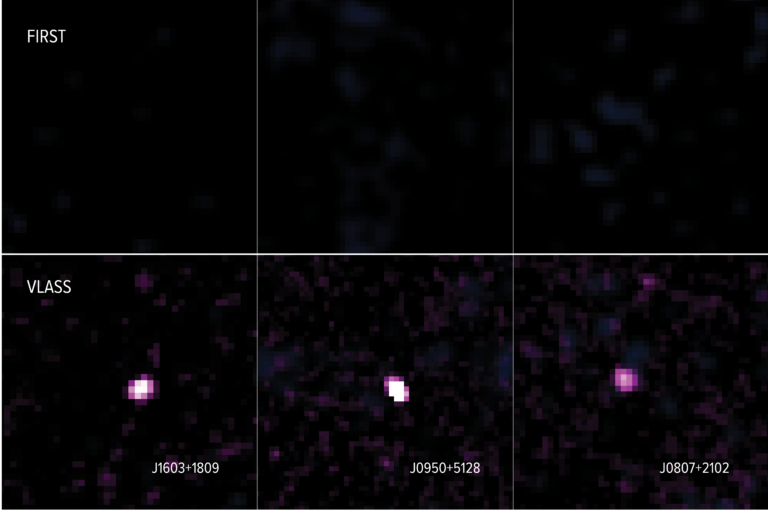 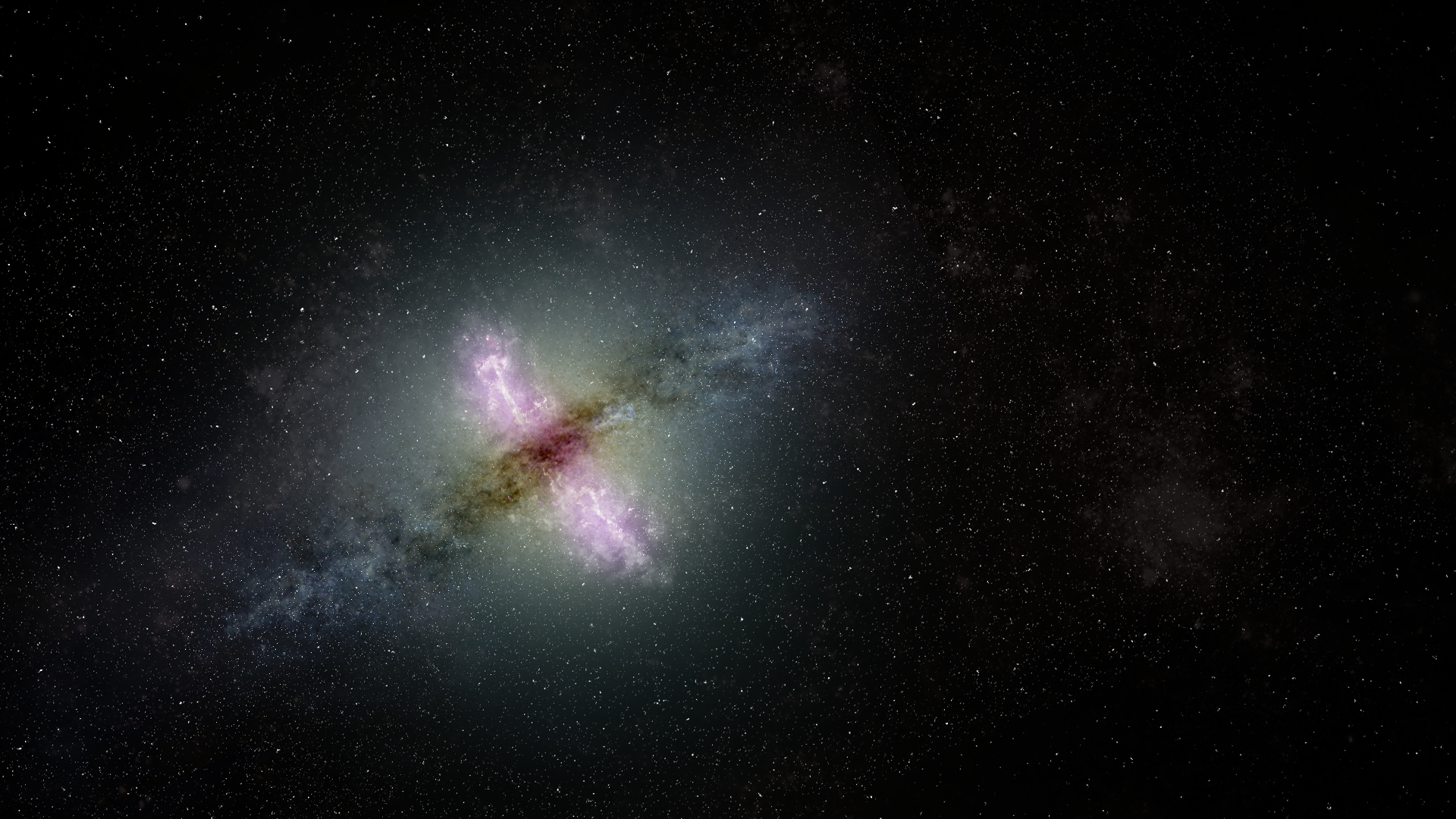 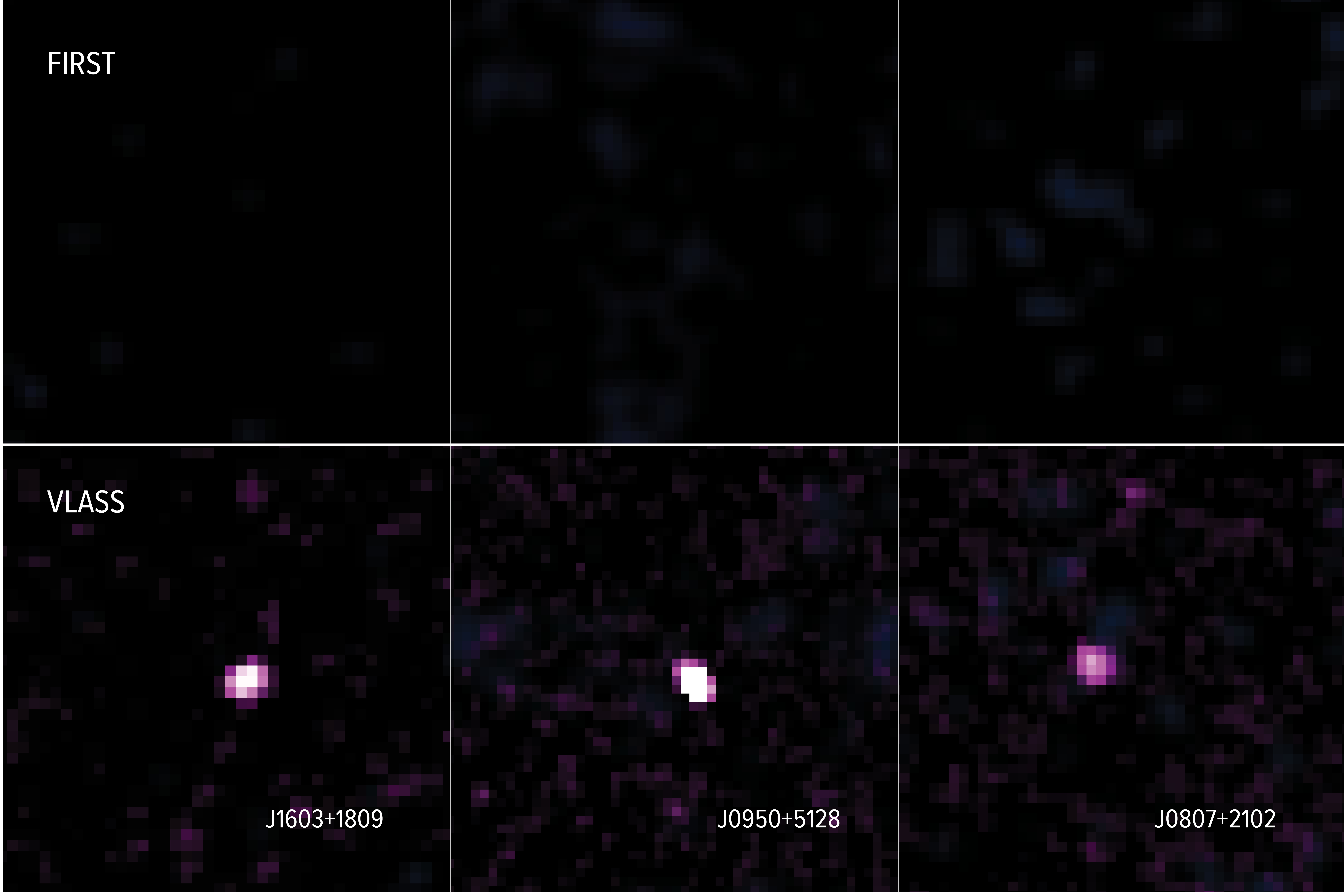