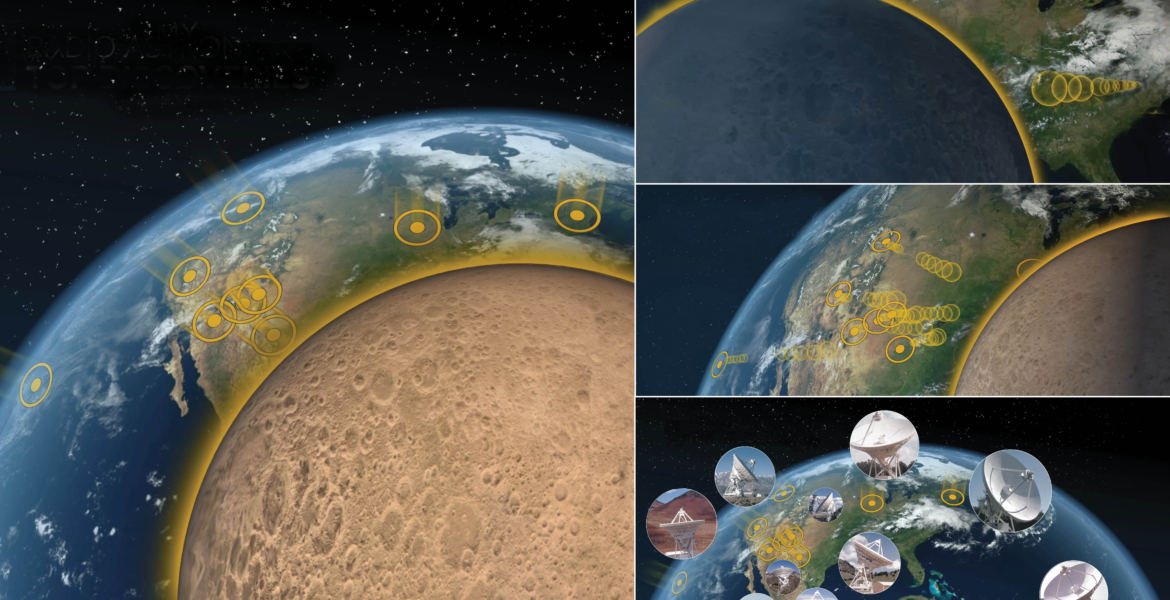 Powerful radar systems have played a major role in the study of planets, moons, asteroids, and other objects in our Solar System for several decades, and now have a “unique role” to play in planetary defense – “providing protection to the nations of the world from devastating asteroid and comet impacts,” according to the newly released Planetary Science and Astrobiology Decadal Survey 2023-2032. The National Radio Astronomy Observatory (NRAO) and the Green Bank Observatory (GBO) are developing new capabilities for the Green Bank Telescope (GBT) and the Very Long Baseline Array (VLBA) that will make them key instruments for meeting this need.

The survey’s report, published by the National Academies of Sciences, Engineering, and Medicine, recounts the dangerous effects of impacts from Near Earth Objects (NEOs). These effects range from the asteroid impact 66 million years ago that wiped out the dinosaurs, to a Siberian impact in 1908 that had the explosive equivalent of 3 to 20 megatons of TNT, to a 2013 impact in Chelyabinsk, Russia, equal to 440 kilotons that injured more than 1,600 people. These are compared to the roughly 15-kiloton Hiroshima nuclear bomb.

The key to mitigating such dangers is to track the objects and measure their sizes and other characteristics to determine the probability that they will strike Earth and the effect they would have if they do. According to the survey, radar is an essential tool for this task.

“Ground-based radar observations of NEOs provide invaluable information for long-term tracking,” the survey said. “Because NEO impact energy scales with density, diameter, and velocity, and radar can constrain all of these, planetary radar observations are an important post-discovery characterization technique,” the survey added.

The survey recommended developing “a plan for ground-based planetary radar capabilities comparable to or exceeding those of the Arecibo Observatory necessary for achieving planetary defense objectives.”

Since its dedication in 2000, the GBT has been a fundamental instrument for planetary science and planetary defense, observing NEOs and Potentially Hazardous Asteroids, the Moon, and the terrestrial planets as a receiver for radar projects. Now, thanks to new technology under development for the GBT, it is the largest fully steerable antenna in the world capable of transmitting radar signals for research. The GBT’s 100-meter diameter makes it an impressive tool for radar work. The location of the GBT and its maneuverability permits it to observe 85 percent of the celestial sphere, allowing it to quickly track objects across its field of view.

A recent article in the Microwave Journal reported on radar experiments done using the GBT and VLBA that successfully produced high resolution images of the Moon, and detected a Near-Earth Asteroid making a close flyby of Earth, more than 5 times farther away than the Moon – using less power than a microwave oven. In these tests, as a proof of concept, the GBT transmitted a 650-watt radar signal at 13.9 GHz that was received by VLBA antennas, producing radar images of the Moon’s surface with unprecedented detail.

The National Science Foundation has awarded funds for the conceptual design of a higher-power radar system on the GBT – one that would be nearly 1,000 times more powerful than the proof of concept. In addition to a more powerful transmitter, NRAO and GBO, working with industry partners, will leverage new, solid-state amplifier and array receiving-system technologies to maximize the effectiveness of the new system. In parallel to this, as additional funding is allocated, the team plans to move to final design and construction activities, beginning in 2023.

The GBT’s new radar capabilities will introduce a tool that astronomy has not had before, collecting data at higher resolutions and at wavelengths not previously available. NRAO and GBO also are developing advanced data reduction and analysis tools that have not been available before. The flexibility and increased performance of this new system will fill an important need for planetary defense, and also allow astronomers to observe asteroids, comets, planets and moons. The versatility of this system will contribute to many areas of science.

Responding to the report, U.S. Senator Joe Manchin (D-WV) said, “For many years, I have been committed to ensuring the Green Bank Observatory stays open for the next generation of young scientists in West Virginia and around the world. Through my seat on the Senate Appropriations Committee, I have strongly supported Green Bank’s work observing and cataloging near-earth objects, including the development of new technology that would make it the world’s largest moveable antenna and transmitter. The new decadal survey underscores Green Bank’s importance in planetary research for many more decades to come, and I am proud of the scientists and the entire staff at Green Bank and look forward to seeing their continued efforts to advance our studies of the cosmos.”

U.S. Senator Shelly Moore Capito (R-WV) said, “One of the great benefits of the research and capabilities at Green Bank is the ability to meet the challenges scientists identify at the time. Here again Green Bank stands ready to advance scientific discovery to meet a national concern.”

“At NRAO and GBO, we have a long history of participation in planetary radar studies, and we look forward to adding new capabilities to the GBT and VLBA to produce a next-generation radar system that will serve as an essential tool for researchers in planetary science and planetary defense,” said Patrick Taylor, radar division head for NRAO and GBO. 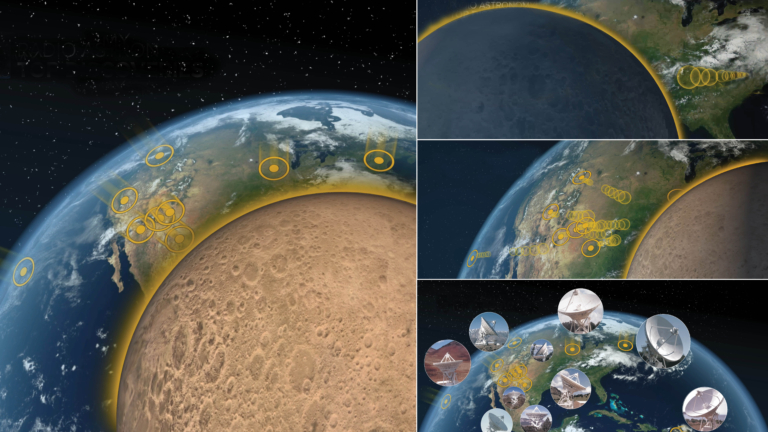 A new radar system being developed by the National Radio Astronomy Observatory and the Green...Read More
Credit: Sophia Dagnello, NRAO/AUI/NSF 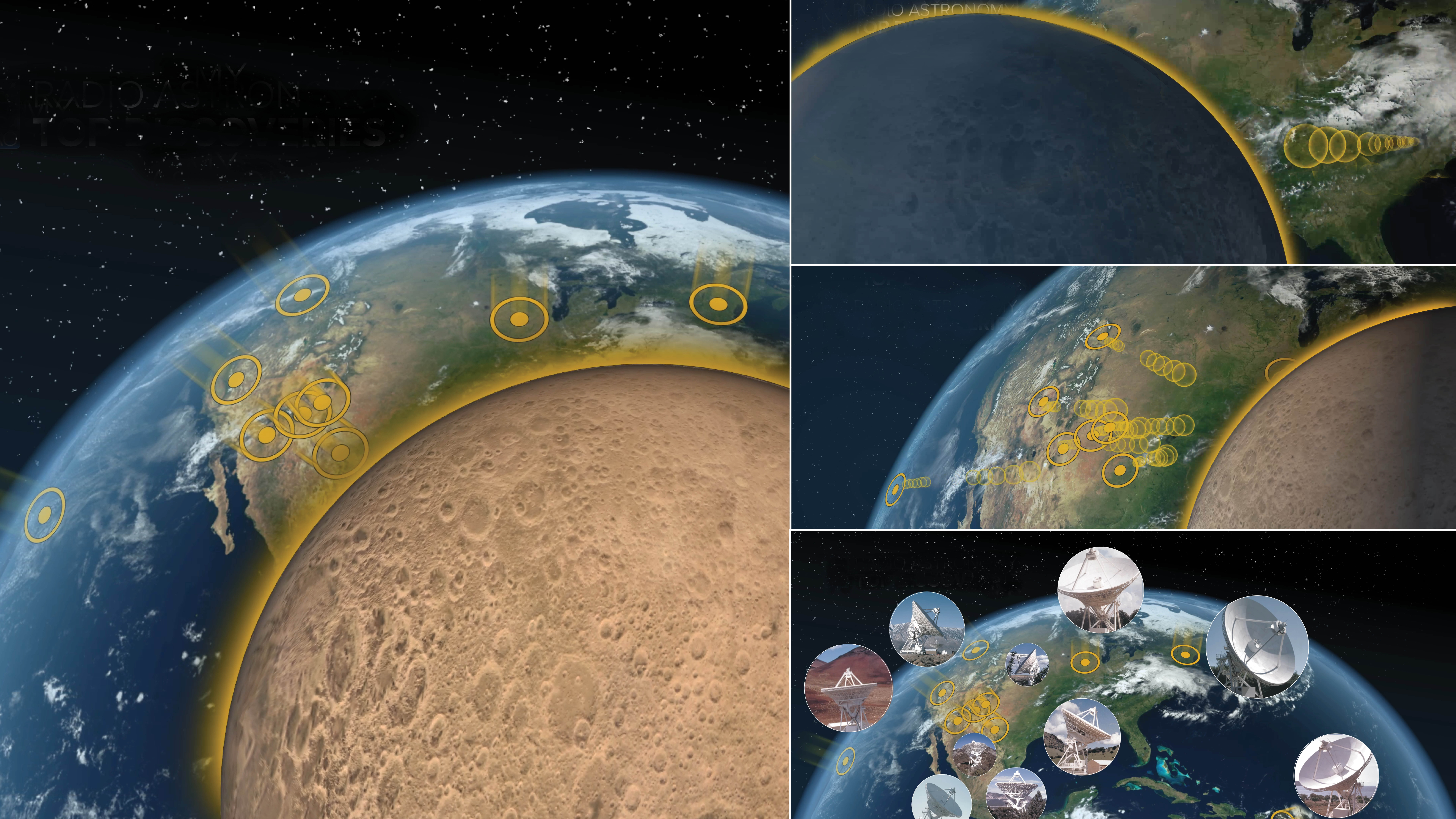