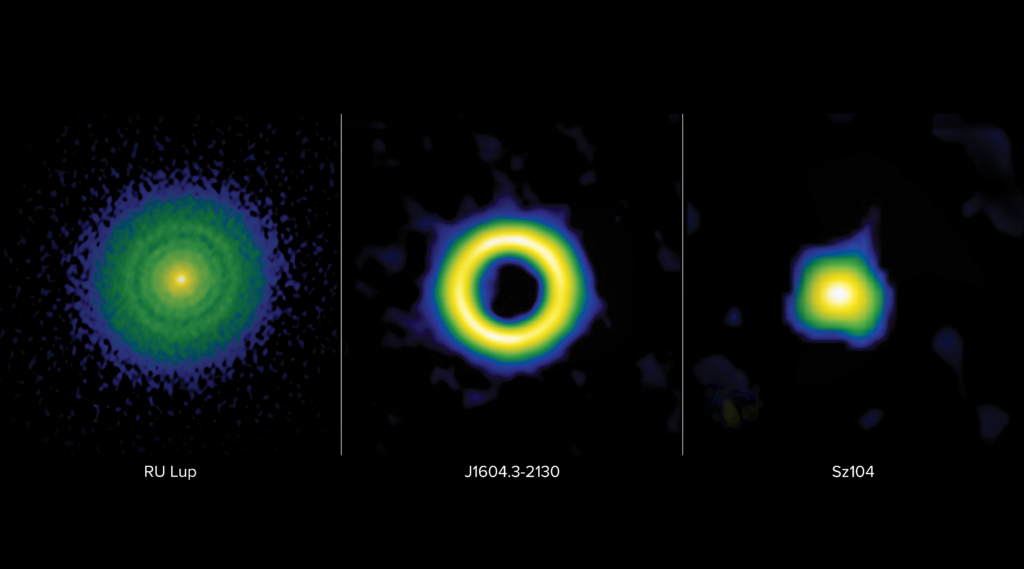 Using data for more than 500 young stars observed with the Atacama Large Millimeter/Submillimeter Array (ALMA), scientists have uncovered a direct link between protoplanetary diskProtoplanetary DiskThe swirling disk of dust and gas that collapsed from a much larger cloud of material that will eventually evolve into a fully fledged planetary system. Features in the disk may already herald the presence of young planets. structures—the planet-forming disks that surround stars—and planet demographics. The survey proves that higher mass stars are more likely to be surrounded by disks with “gaps” in them and that these gaps directly correlate to the high occurrence of observed giant exoplanetsExoplanetsAny planet (rocky or gas giant) orbiting a star other than the Sun. More than 3700 exoplanets have been detected to date. around such stars. These results provide scientists with a window back through time, allowing them to predict what exoplanetary systems looked like through each stage of their formation.

“We found a strong correlation between gaps in protoplanetary disks and stellar mass, which can be linked to the presence of large, gaseous exoplanets,” said Nienke van der Marel, a Banting fellow in the Department of Physics and Astronomy at the University of Victoria in British Columbia, and the primary author on the research. “Higher mass stars have relatively more disks with gaps than lower mass stars, consistent with the already known correlations in exoplanets, where higher mass stars more often host gas-giant exoplanets. These correlations directly tell us that gaps in planet-forming disks are most likely caused by giant planets of Neptune mass and above.”

Gaps in protoplanetary disks have long been considered as overall evidence of planet formation. However, there has been some skepticism due to the observed orbital distance between exoplanets and their stars. “One of the primary reasons that scientists have been skeptical about the link between gaps and planets before is that exoplanets at wide orbits of tens of astronomical units are rare. However, exoplanets at smaller orbits, between one and ten astronomical units, are much more common,” said Gijs Mulders, assistant professor of astronomy at Universidad Adolfo Ibáñez in Santiago, Chile, and co-author on the research. “We believe that planets that clear the gaps will migrate inwards later on.”

The correlation also applies to star systems with low-mass stars, where scientists are more likely to find massive rocky exoplanets, also known as Super-Earths. Van der Marel, who will become an assistant professor at Leiden University in the Netherlands beginning September 2021 said, “Lower mass stars have more rocky Super-Earths—between an Earth mass and a Neptune mass. Disks without gaps, which are more compact, lead to the formation of Super-Earths.”

And what it all comes down to is dust. “An important element of planet formation is the influence of dust evolution,” said van der Marel. “Without giant planets, dust will always drift inwards, creating the optimal conditions for the formation of smaller, rocky planets close to the star.”

The current research was conducted using data for more than 500 objects observed in prior studies using ALMA’s high-resolution Band 6 and Band 7 antennas. At present, ALMA is the only telescope that can image the distribution of millimeter-dust at high enough angular resolution to resolve the dust disks and reveal its substructure, or lack thereof. “Over the past five years, ALMA has produced many snapshot surveys of nearby star-forming regions resulting in hundreds of measurements of disk dust mass, size, and morphology,” said van der Marel. “The large number of observed disk properties has allowed us to make a statistical comparison of protoplanetary disks to the thousands of discovered exoplanets. This is the first time that a stellar mass dependency of gapped disks and compact disks has been successfully demonstrated using the ALMA telescope.”

“Our new findings link the beautiful gap structures in disks observed with ALMA directly to the properties of the thousands of exoplanets detected by the NASA Kepler mission and other exoplanet surveys,” said Mulders. “Exoplanets and their formation help us place the origins of the Earth and the Solar System in the context of what we see happening around other stars.” 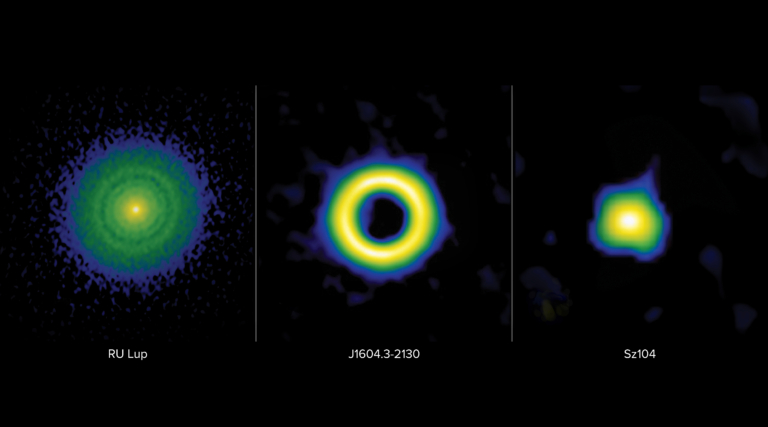 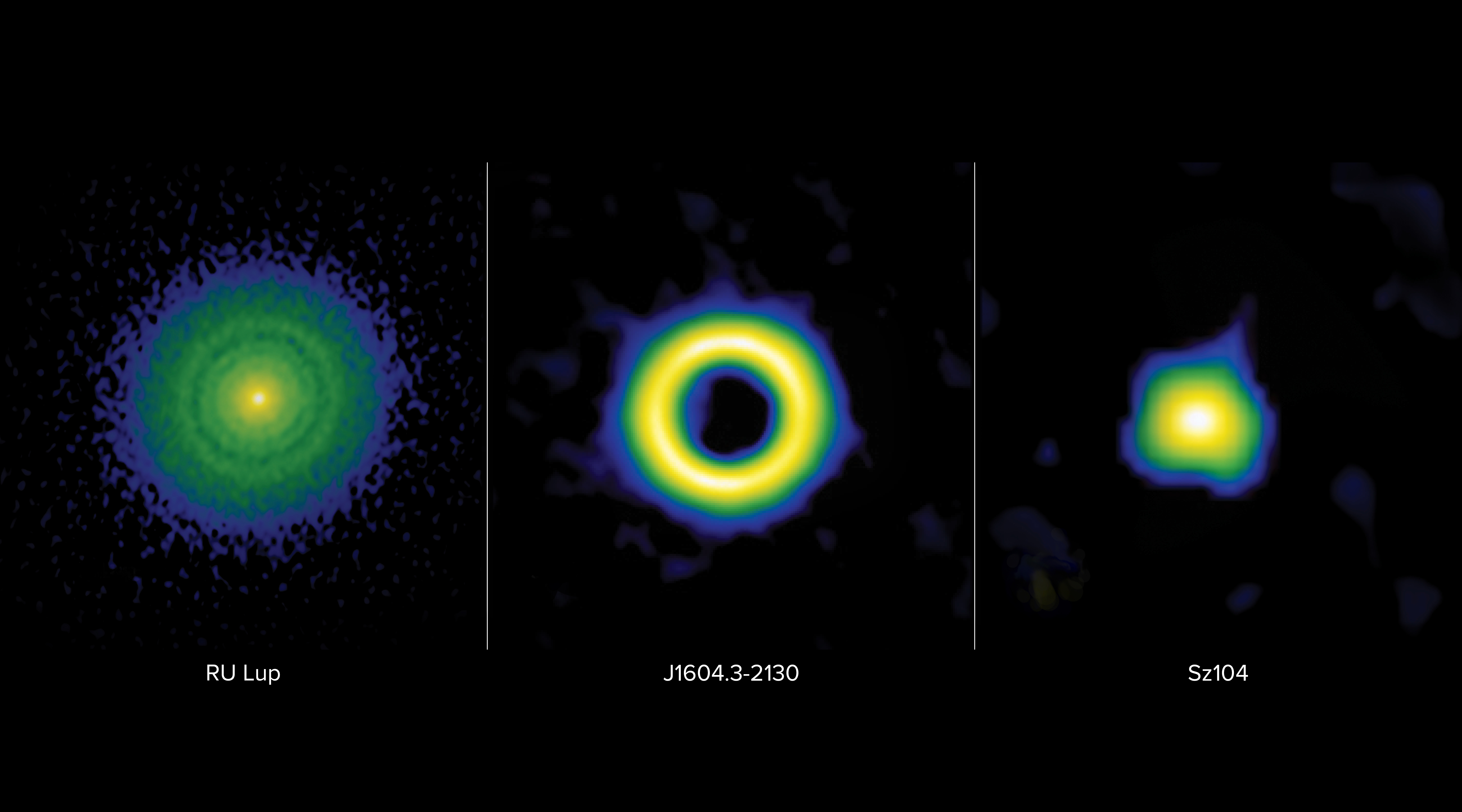