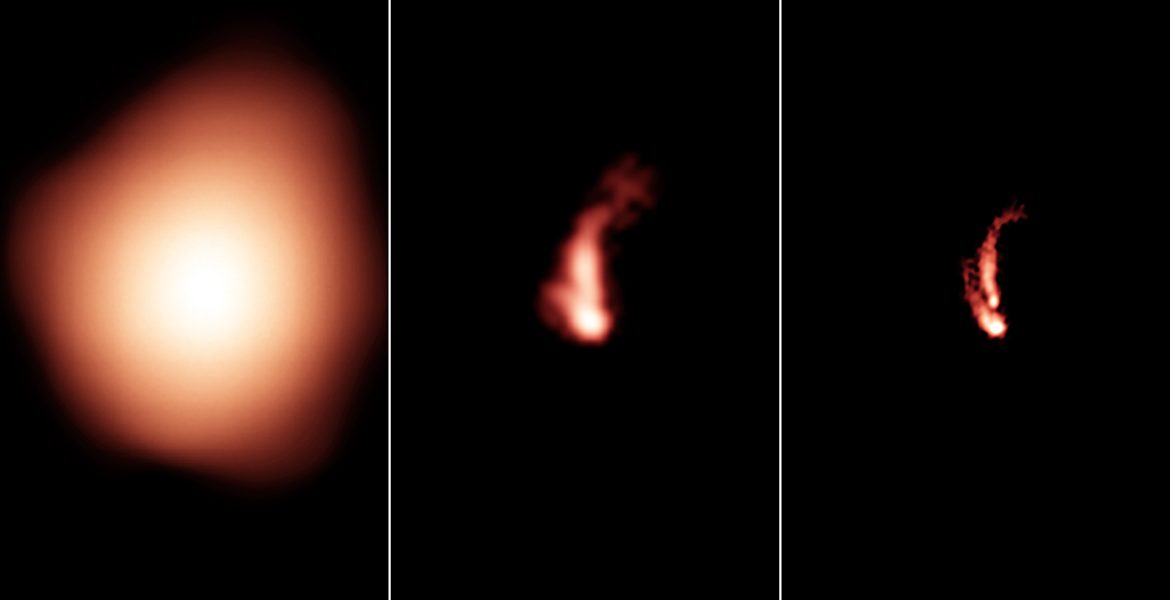 Astronomers have embarked on the largest observing project in the more than four-decade history of the National Science Foundation’s Karl G. Jansky Very Large Array (VLA) — a huge survey of the sky that promises a rich scientific payoff over many years.

Over the next 7 years, the iconic array of giant dish antennas in the high New Mexico desert will make three complete scans of the sky visible from its latitude — about 80 percent of the entire sky. The survey, called the VLA Sky Survey (VLASS), will produce the sharpest radio view ever made of such a large portion of the sky, and is expected to detect 10 million distinct radio-emitting celestial objects, about four times as many as are now known.

“This survey puts to work the tremendously improved capabilities of the VLA produced by the upgrade project that was completed in 2012. The result will be a unique and extremely valuable tool for frontier research over a diverse range of fields in astrophysics,” said Tony Beasley, Director of the National Radio Astronomy Observatory (NRAO).

Astronomers expect the VLASS to discover powerful cosmic explosions, such as supernovae, gamma ray bursts, and the collisions of neutron stars, that are obscured from visible-light telescopes by thick clouds of dust, or that otherwise have eluded detection. The VLA’s ability to see through dust will make the survey a tool for finding a variety of structures within our own Milky Way that also are obscured by dust.

The survey will reveal many additional examples of powerful jets of superfast particles propelled by the energy of supermassive black holes at the cores of galaxies. This will yield important new information on how such jets affect the growth of galaxies over time. The VLA’s ability to measure magnetic fields will help scientists gain new understanding of the workings of individual galaxies and of the interactions of giant clusters of galaxies.

“In addition to what we think VLASS will discover, we undoubtedly will be surprised by discoveries we aren’t anticipating now. That is the lesson of scientific history, and perhaps the most exciting part of a project like this,” said Claire Chandler, VLASS Project Director.

The survey began observations on September 7. It plans to complete three scans of the sky, each separated by approximately 32 months. Data from all three scans will be combined to make sensitive radio images, while comparing images from the individual scans will allow discovery of newly-appearing or short-lived objects. For the survey, the VLA will receive cosmic radio emissions at frequencies between 2 and 4 GigaHertz, frequencies also used for satellite communications and microwave ovens.

NRAO will release data products from the survey as quickly as they can be produced. Raw data, which require processing to turn into images, will be released as soon as observations are made. “Quick look” images, produced by an automated processing pipeline, typically will be available within a week of the observations. More sophisticated images, and catalogs of objects detected, will be released on timescales of months, depending on the processing time required.

In addition, other institutions are expected to enhance the VLASS output by performing additional processing for more specialized analysis, and make those products available to the research community. The results of VLASS also will be available to students, educators, and citizen scientists.

Completing the VLASS will require 5,500 hours of observing time. It is the third major sky survey undertaken with the VLA. From 1993-1996, the NRAO VLA Sky Survey (NVSS) used 2932 observing hours to cover the same area of sky as VLASS, but at lower resolution. The FIRST (Faint Images of the Radio Sky at Twenty centimeters) Survey studied a smaller portion of sky in more detail, using 3200 observing hours from 1993 to 2002.

“The NVSS and FIRST surveys have been cited more than 4,500 times in scientific papers, and that number still is growing,” said Project Scientist Mark Lacy. “That’s an excellent indication of the value such surveys provide to the research community,” he added.

Since the NVSS and FIRST surveys were completed, the VLA underwent a complete technical transformation. From 2001-2012, the original electronic systems designed and built during the 1970s were replaced with state-of-the-art technology that vastly expanded the VLA’s capabilities.

“This upgrade made the VLA a completely new scientific tool. We wanted to put that tool to use to produce an all-sky survey that would benefit the entire astronomical community to the maximum extent possible,” Beasley said.

In 2013, NRAO announced that it would consider conducting a large survey, and invited astronomers from around the world to submit ideas and suggestions for the scientific and technical approaches that would best serve the needs of researchers. Ideas were also solicited during scientific meetings, and a Survey Science Group was formed to advise NRAO on the survey’s scientific priorities that includes astronomers from a wide variety of specialties and institutions.

Based on the recommendations from the scientific community, NRAO scientists and engineers devised a design for the survey. In 2016, a pilot survey, using 200 observing hours, was conducted to test and refine the survey’s techniques. The Project Team underwent several design and operational readiness reviews, and finally obtained the go-ahead to begin the full survey earlier this year.

“Astronomy fundamentally is exploring — making images of the sky to see what’s there. The VLASS is a new and powerful resource for exploration,” said Steve Myers, VLASS Technical Lead. 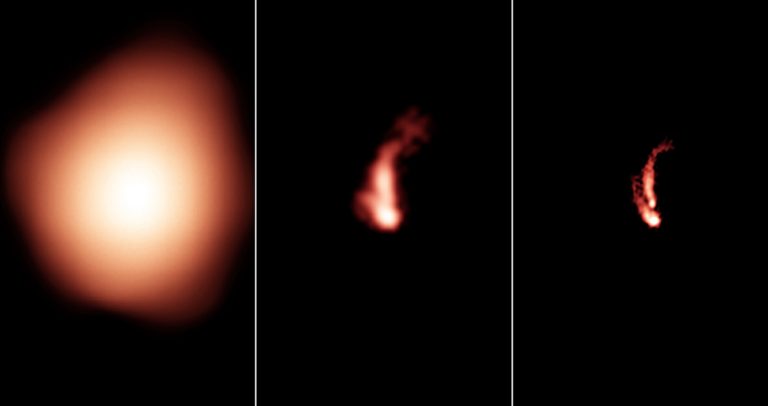 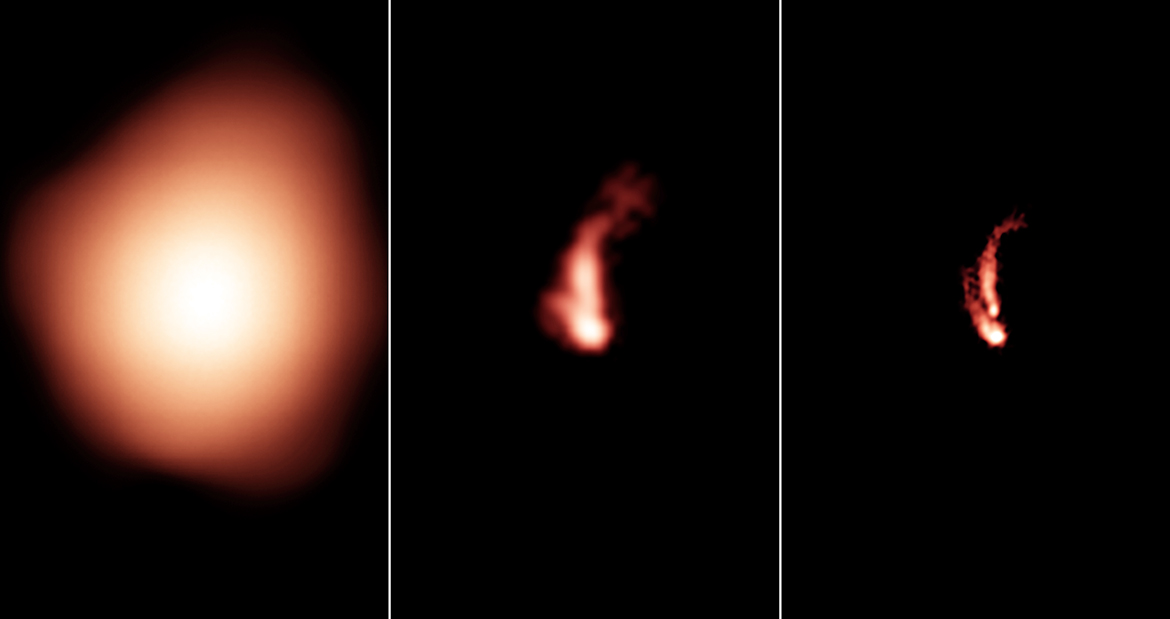