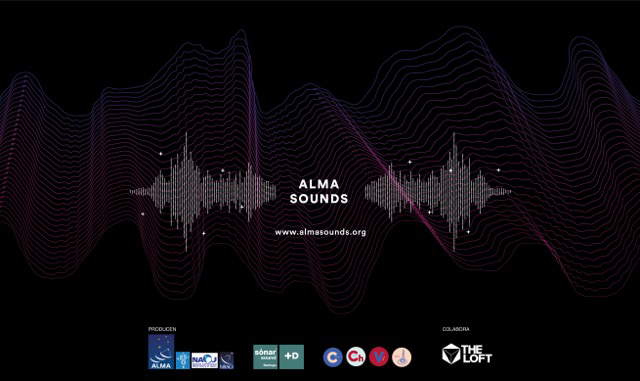 ALMA Sounds, a project that brings together artists and astronomers in the search for a common language, has launched a new interactive website.

In late 2015, the Atacama Large Millimeter/submillimeter Array (ALMA) and the Department of Astronomy of the Universidad de Chile, in conjunction with Sónar+D and Corporación Chilena de Video, invited musicians and artists to work with sounds created from observations made by one of the most powerful radio telescope in the world.

“The ALMA sound bank is made up of a series of drum shots created from the sound pattern of electromagnetic spectra from the Orion Nebula,” explains astronomer Antonio Hales. “The emission lines of molecules present in the Orion Nebula were transformed into musical notes, transposing the ‘chords’ from the skies into sound chords. The sound bank is, as its name implies, a digital library of sounds available to the musical community.”

The ALMA Sounds project was also featured in the innovation and technology fair that operates in parallel with the Sónar+D festival in Fira de Montjuic in Barcelona, Spain.

On 17 June 2016, a roundtable discussion was led by the project curator, Enrique Rivera, with the participation of ALMA astronomer Antonio Hales, and Mónica Bello, who is responsible for the relationship between science and art in the European Organization for Nuclear Research (CERN). The discussion addressed such issues as the incentives that exist to incorporate artists into scientific work spaces, and how their interaction changes as they get to know each other better.

Further information
The ALMA Sounds initiative arose from the SonarSound Santiago festival held in Santiago’s former Los Cerrillos Airport on 5 December 2015. After the event, musicians continued to use the ALMA Sounds online platform, which now has over 3200 registered users who have used these sounds to create their own melodies, many of which were later shared on the same platform. In addition, the DJ Luciano has recently launched a vinyl record including some of these songs.

ALMA, an international astronomy facility, is a partnership of ESO, the U.S. National Science Foundation (NSF) and the National Institutes of Natural Sciences (NINS) of Japan in cooperation with the Republic of Chile.

Record-breaking stellar flare from nearby star recorded in multiple wavelengths for the first time
April 21, 2021 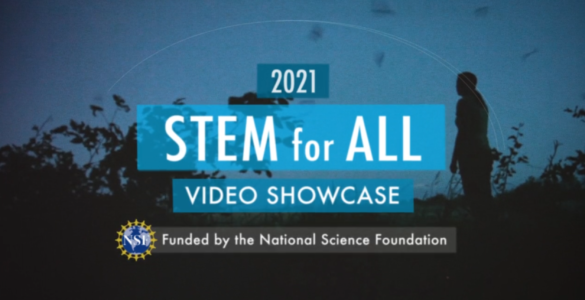 National Radio Astronomy Observatory featured in the 2021 STEM for All Video Showcase
May 11, 2021