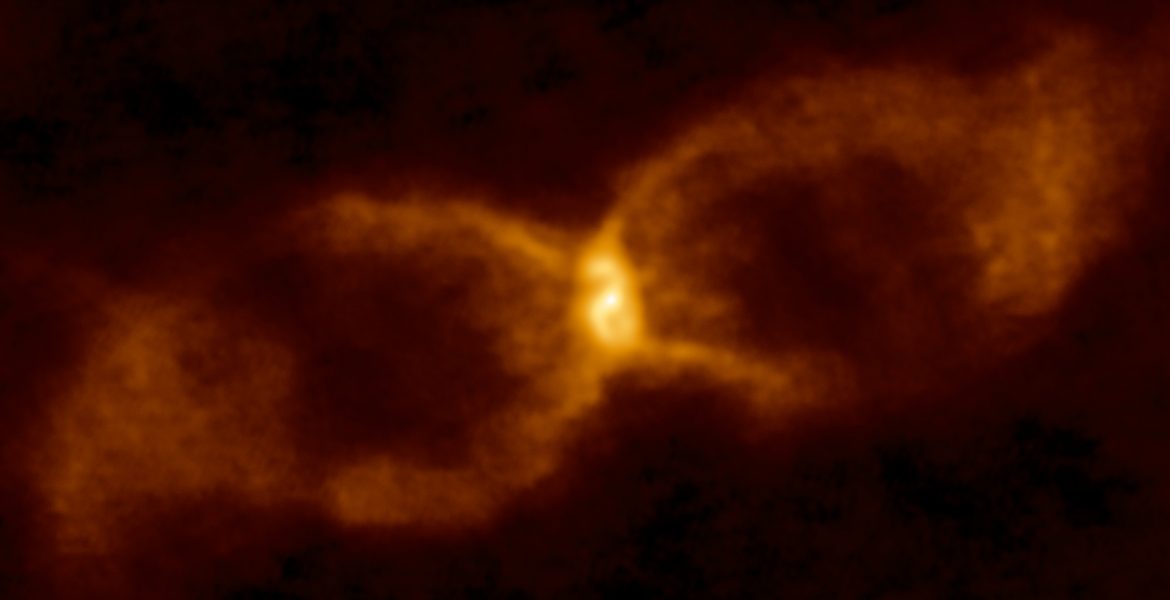 Synopsis: Using ALMA, an international team of astronomers found evidence that a white dwarfWhite dwarfA dying star that has collapsed to approximately the size of the Earth and is slowly cooling. (the elderly remains of a Sun-like star) and a brown dwarfBrown DwarfA semi-stellar object made up mostly of hydrogen that straddles the line between a massive Jupiter-like planet and a low-mass red dwarf star. A brown dwarf, however, has insufficient mass to sustain nuclear fusion. (a failed star without the mass to sustain nuclear fusionNuclear fusionThe power that fuels the sun and stars through nuclear energy released through the fusion of two light elements (elements with low atomic numbers) into a new heavier one. ) collided in a short-lived blaze of glory that was witnessed on Earth in 1670 as NovaNovaAn event that occurs in a binary star system when hydrogen-rich material from a larger star is transferred to the surface of its white dwarf companion. This causes the white dwarf to form a thin atmosphere of hydrogen. The hydrogen is then heated by the white dwarf until it reaches the point where it can undergo nuclear fusion. The resulting fusion causes the atmosphere to be expelled. sub Capite Cygni (a New Star below the Head of the Swan), which is now known as CK Vulpeculae.

In July of 1670, observers on Earth witnessed a “new star,” or novaNovaAn event that occurs in a binary star system when hydrogen-rich material from a larger star is transferred to the surface of its white dwarf companion. This causes the white dwarf to form a thin atmosphere of hydrogen. The hydrogen is then heated by the white dwarf until it reaches the point where it can undergo nuclear fusion. The resulting fusion causes the atmosphere to be expelled. , in the constellation Cygnus. Where previously there was dark sky, a bright pinprick of light appeared, faded, reappeared, and then disappeared entirely from view. Modern astronomers studying the remains of this cosmic event initially thought it heralded the merging of two main sequenceMain SequenceMain sequence stars fuse hydrogen atoms to form helium atoms in their cores. About 90 percent of the stars in the universe, including the sun, are main sequence stars. These stars can range from about a tenth of the mass of the sun to up to 200 times as massive. (See H-R diagram for more) stars – stars on the same evolutionary path as our Sun.

New observations with the Atacama Large Millimeter/submillimeter Array (ALMA)Atacama Large Millimeter/submillimeter Array (ALMA)Funded by the U.S. National Science Foundation and its international partners (NRAO/ESO/NAOJ), ALMA is among the most complex and powerful astronomical observatories on Earth or in space. The telescope is an array of 66 high-precision dish antennas in northern Chile. point to a more intriguing explanation. By studying the debris from this explosion, which takes the form of dual rings of dust and gas resembling an hourglass with a compact central object, the researchers concluded that a brown dwarf (a so-called failed star without the mass to sustain nuclear fusion) merged with a white dwarf (the elderly, cooling remains of a Sun-like star).

“It now seems what was observed centuries ago was not what we would today describe as a classic ‘nova.’ Instead, it was the merger of two stellar objects, a white dwarf and a brown dwarf. When these two objects collided, they spilled out a cocktail of molecules and unusual isotopesisotopesAn element -- helium, carbon, oxygen, etc. -- that varies in the number of neutrons in its nucleus. An isotope of hydrogen with two neutrons in its nucleus is called deuterium. , which gave us new insights into the nature of this object,” said Sumner Starrfield, an astronomer at Arizona State University and co-author on a paper appearing in the Monthly Notices of the Royal Astronomical Society.

Since most star systems in the Milky Way are binaryBinaryTwo stars in the same system that orbit around a common center of mass due to their mutual gravity. Binary stars are twins in the sense that they formed together out of the same interstellar cloud. Most stars in our galaxy have a binary companion. , stellar collisions are not that rare, the astronomers note. The new ALMA observations reveal new details about the 1670 event. By studying the light from two, more-distant stars as it shines through the dusty remains of the merger, the researchers were able to detect the telltale signature of the element lithium, which is easily destroyed in the interior of a main sequence star, but not inside a brown dwarf.

“The presence of lithium, together with unusual isotopic ratios of the elements carbon, nitrogen, and oxygen point to material from a brown dwarf star being dumped on the surface of a white dwarf. The thermonuclear ‘burning’ and an eruption of this material resulted in the hourglass we see today,” said Stewart Eyres, Deputy Dean of the Faculty of Computing, Engineering and Science at the University of South Wales and lead author on the paper.

Intriguingly, the hourglass is also rich in organic molecules such as formaldehyde (H2CO) and formamide (NH2CHO), which is derived from formic acid. These molecules would not survive in an environment undergoing nuclear fusion and must have been produced in the debris from the explosion. This lends further support to the conclusion that a brown dwarf met its demise in a star-on-star collision with a white dwarf. 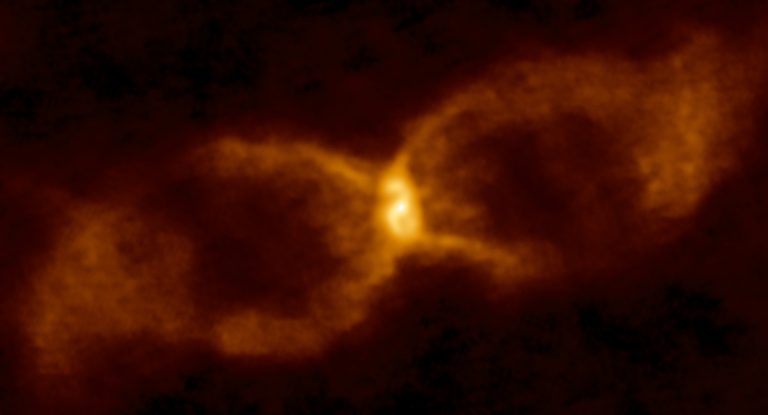 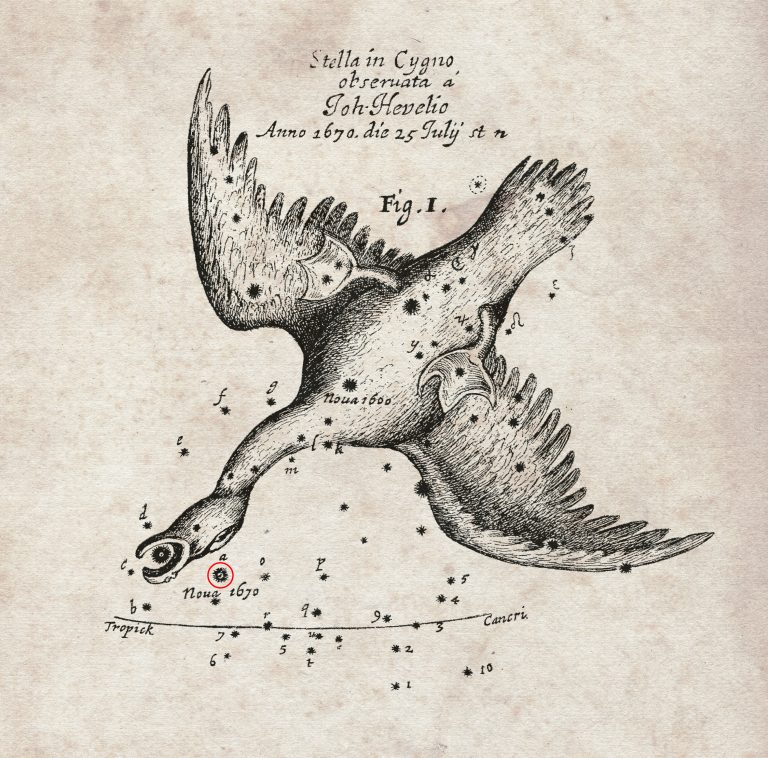 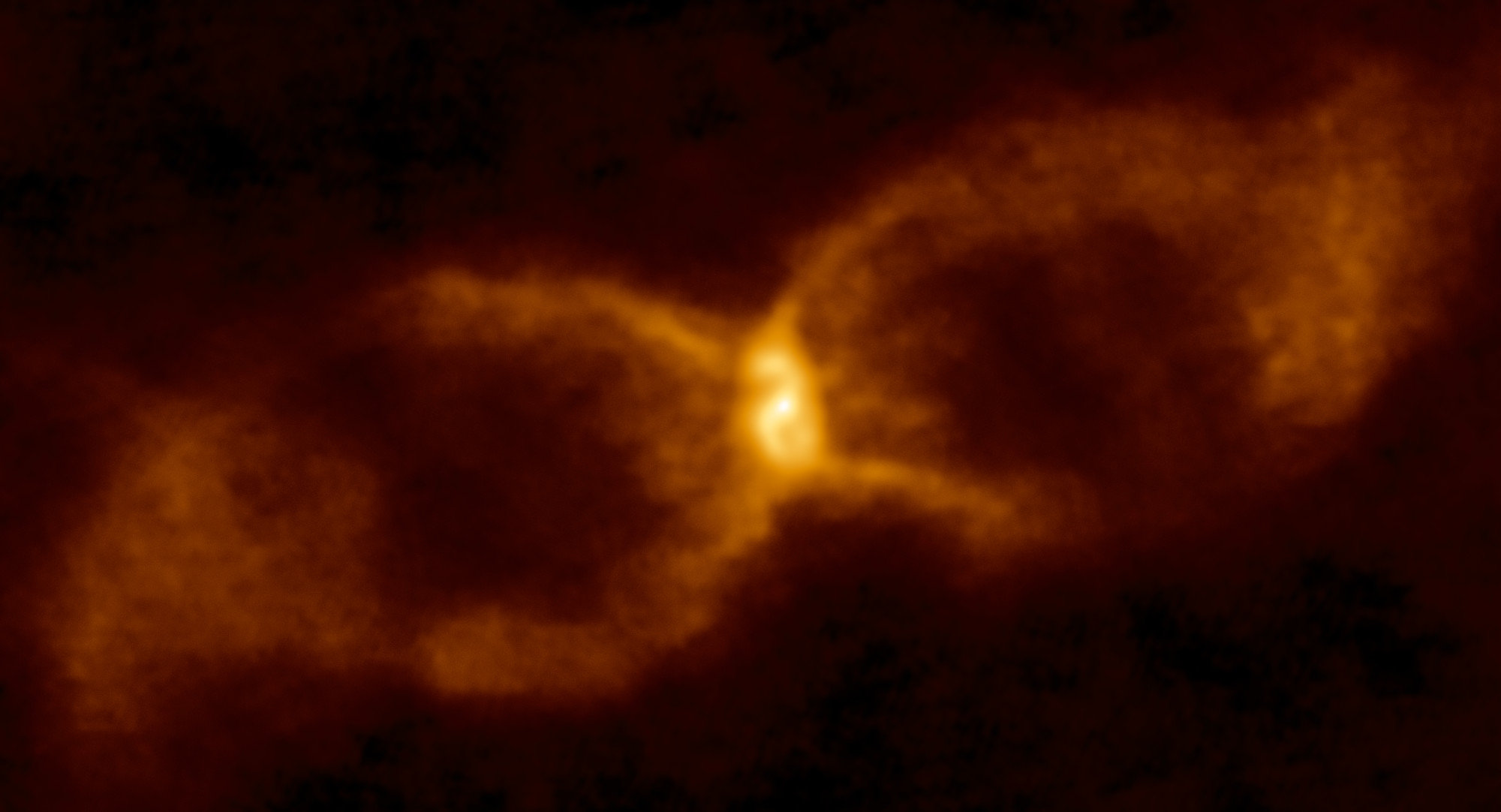 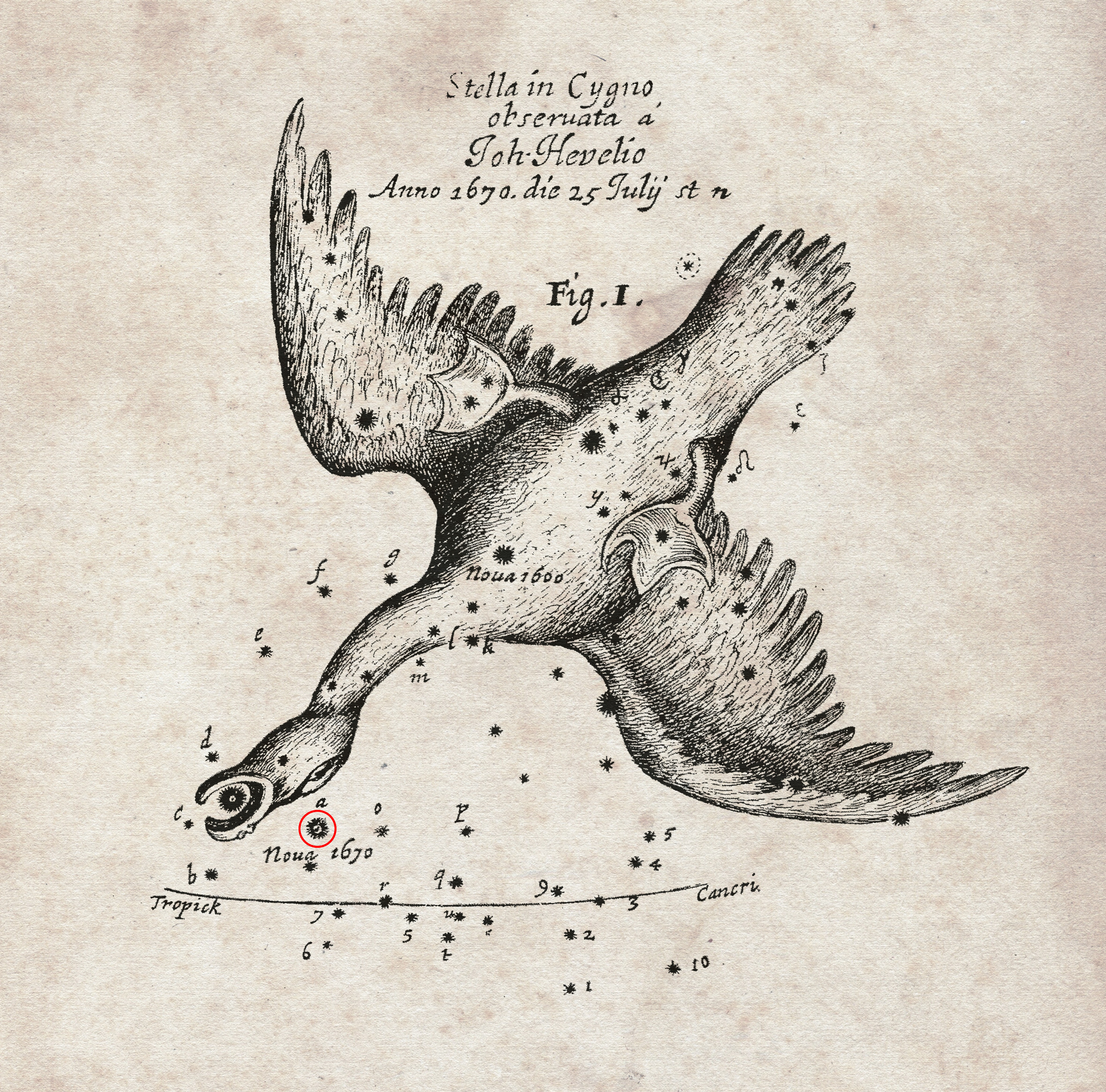