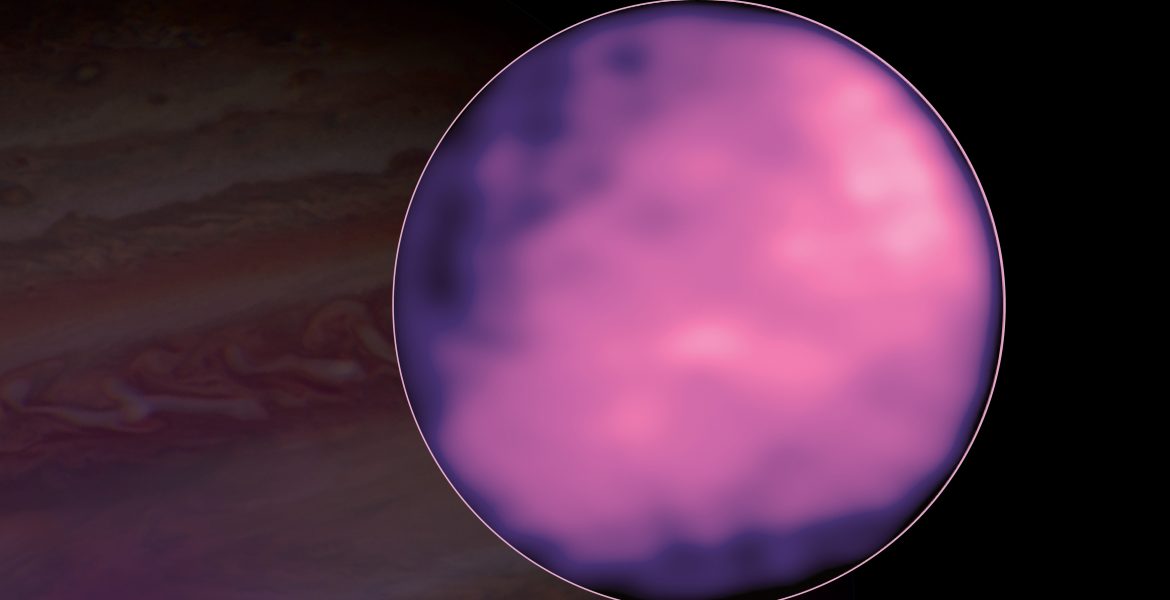 Jupiter’s icy moon Europa has a chaotic surface terrain that is fractured and cracked, suggesting a long-standing history of geologic activity.

A new series of four images of Europa taken with the Atacama Large Millimeter/submillimeter Array (ALMA)Atacama Large Millimeter/submillimeter Array (ALMA)Funded by the U.S. National Science Foundation and its international partners (NRAO/ESO/NAOJ), ALMA is among the most complex and powerful astronomical observatories on Earth or in space. The telescope is an array of 66 high-precision dish antennas in northern Chile. has helped astronomers create the first global thermal map of this cold satellite of Jupiter. The new images have a resolution of roughly 200 kilometers, sufficient to study the relationship between surface thermal variations and the moon’s major geologic features.

The researchers compared the new ALMA observations of Europa to a thermal model based on observations from the Galileo spacecraft. This comparison allowed them to analyze the temperature changes in the data and construct the first-ever global map of Europa’s thermal characteristics. The new data also revealed an enigmatic cold spot on Europa’s northern hemisphere.

“These ALMA images are really interesting because they provide the first global map of Europa’s thermal emission,” said Samantha Trumbo, a planetary scientist at the California Institute of Technology and lead author on a paper published in the Astronomical Journal. “Since Europa is an ocean world with potential geologic activity, its surface temperatures are of great interest because they may constrain the locations and extents of any such activity.”

Evidence strongly suggests that beneath its thin veneer of ice, Europa has an ocean of briny water in contact with a rocky core. Europa also has a comparatively young surface, only about 20 to 180 million years old, indicating that there are as-yet-unidentified thermal or geologic processes at work.

Unlike optical telescopes, which can only detect sunlight reflected by planetary bodies, radio and millimeter-wave telescopes like ALMA can detect the thermal “glow” naturally emitted by even relatively cold object in our Solar System, including comets, asteroids, and moons. At its warmest, Europa’s surface temperature never rises above minus 160 degrees Celsius (minus 260 degrees Fahrenheit).

“Studying Europa’s thermal properties provides a unique means of understanding its surface,” said Bryan Butler, an astronomer at the National Radio Astronomy Observatory in Socorro, New Mexico, and coauthor on the paper.

This research is presented in a paper titled “ALMA Thermal Observations of Europa” by S. Trumbo et al. in the Astronomical Journal. [http://iopscience.iop.org/article/10.3847/1538-3881/aada87] 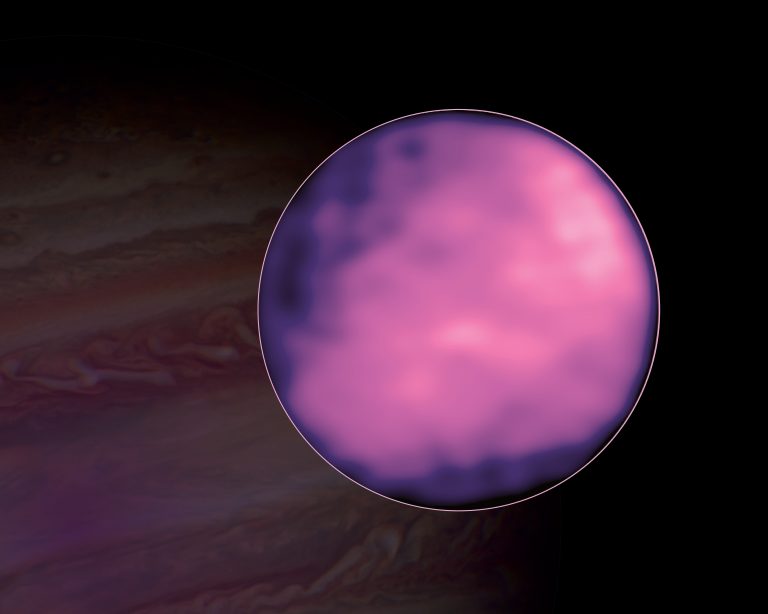 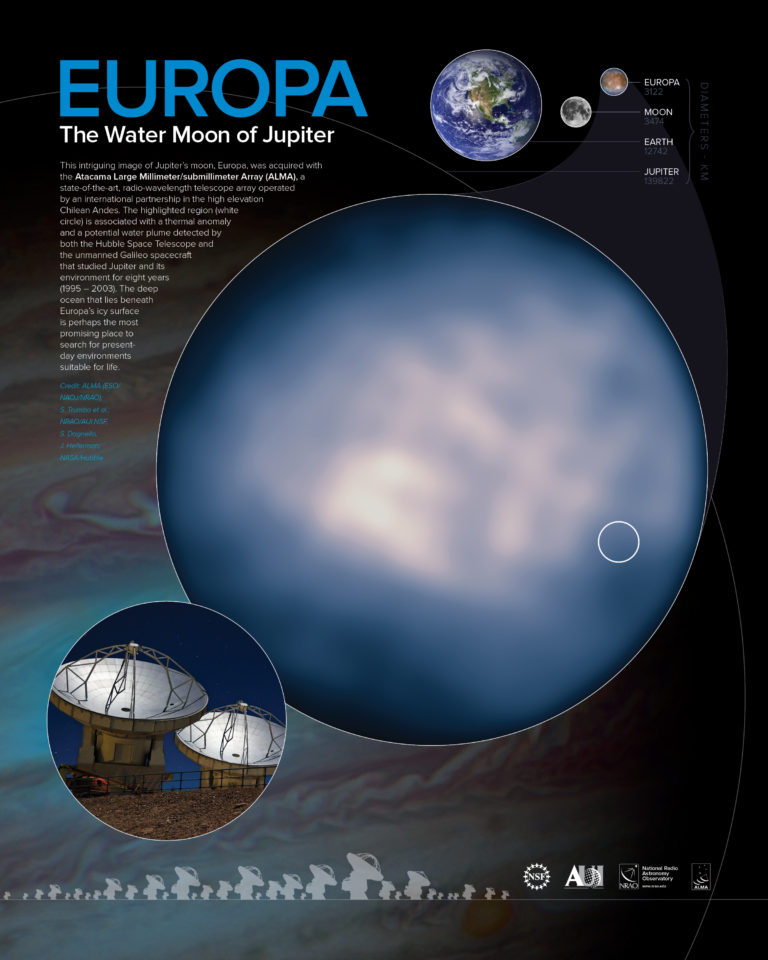 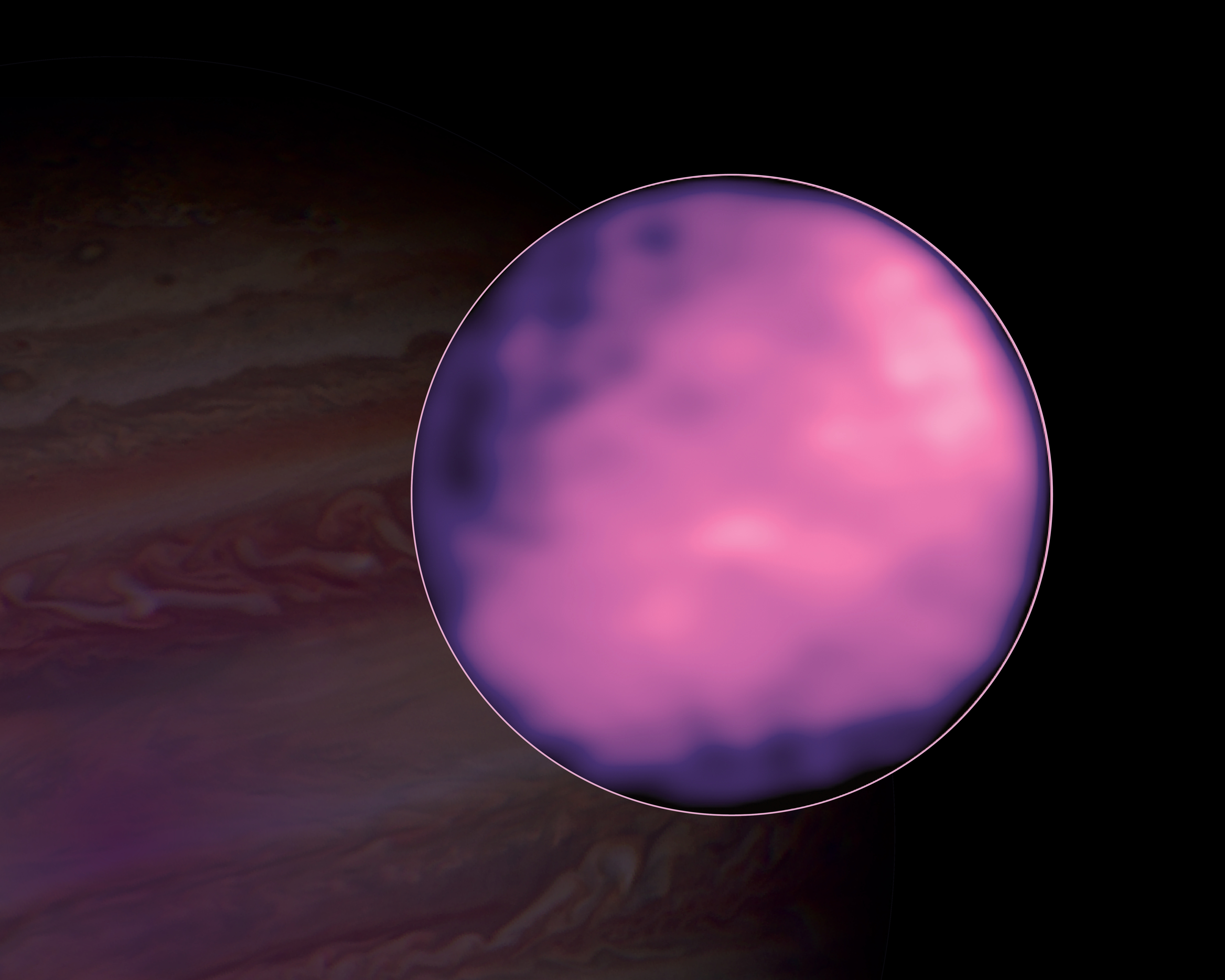 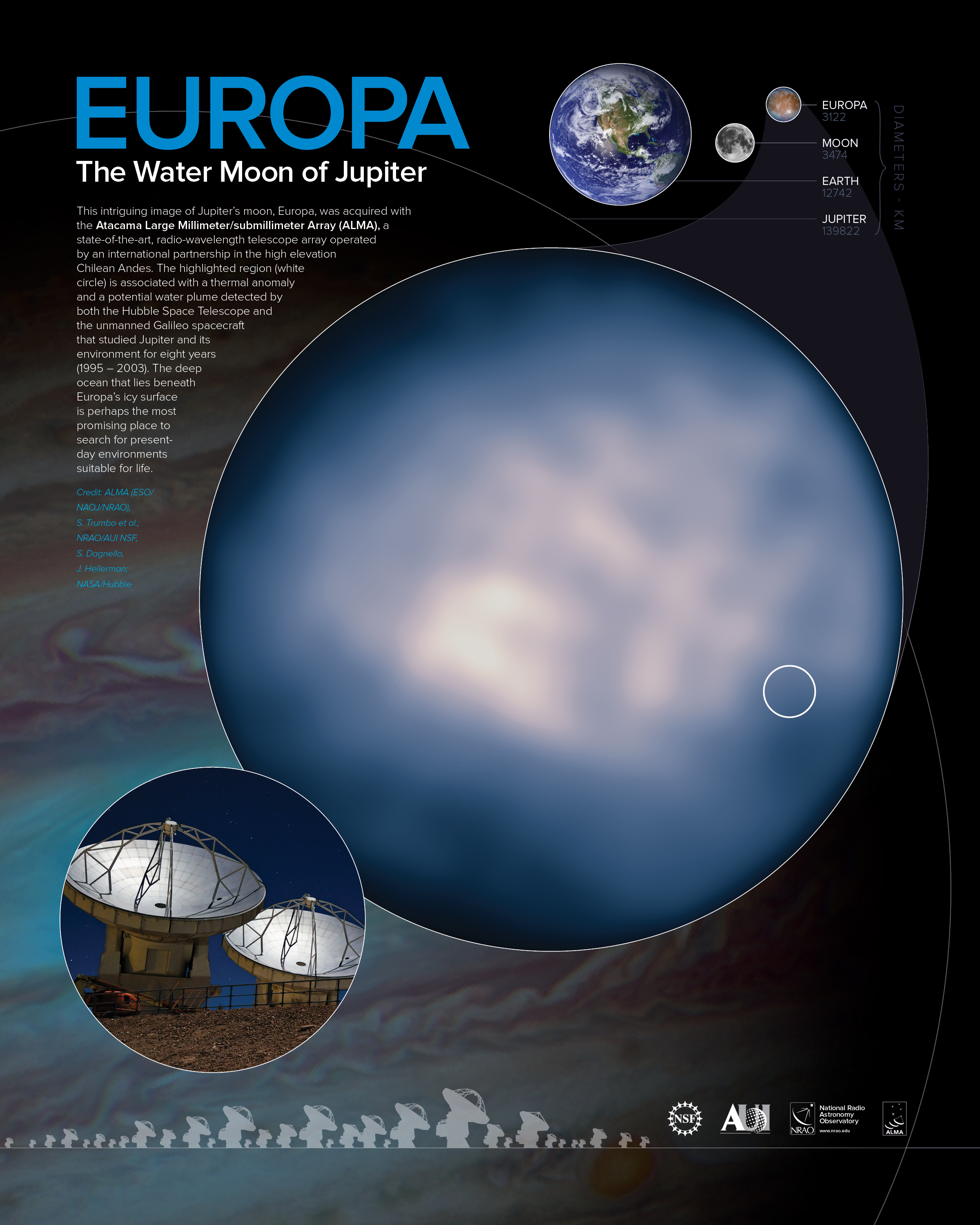