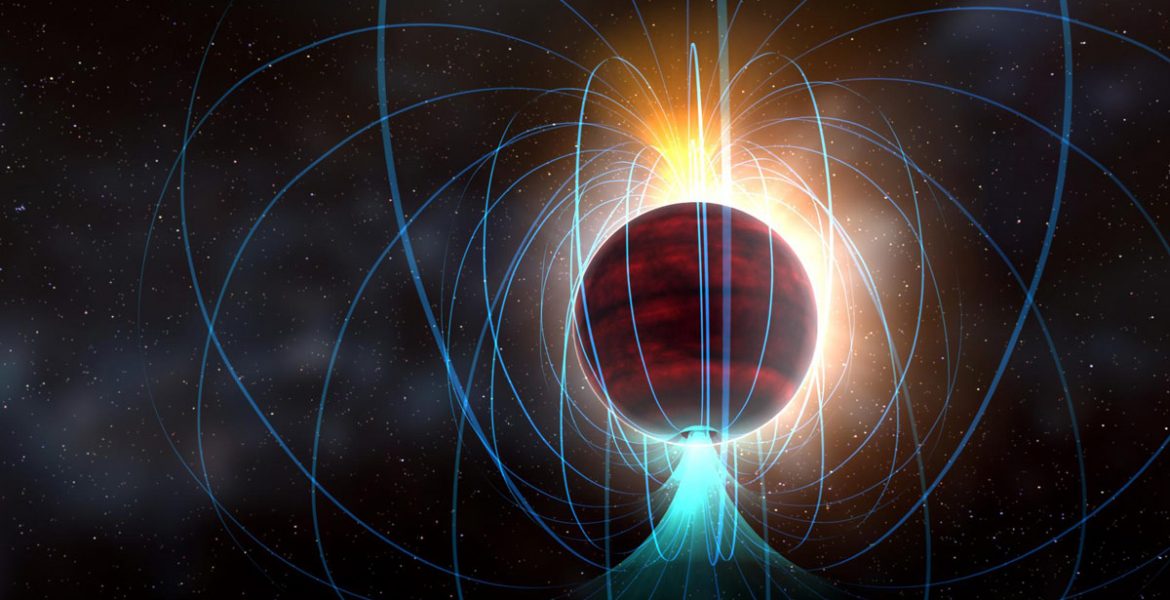 Astronomers using the Atacama Large Millimeter/submillimeter Array (ALMA) have discovered that a dim, cool dwarf star is generating a surprisingly powerful magnetic field, one that rivals the most intense magnetic regions of our own Sun.

The star’s extraordinary magnetic field is potentially associated with a constant flurry of solar-flare-like eruptions. As with our Sun, these flares would trace tightly wound magnetic field lines that act like cosmic particle accelerators: warping the path of electrons and causing them to emit telltale radio signals that can be detected with ALMA.

Such intense flare activity, the astronomers note, would barrage nearby planets with charged particles.

“If we lived around a star like this one, we wouldn’t have any satellite communications. In fact, it might be extremely difficult for life to evolve at all in such a stormy environment,” says lead author Peter Williams of the Harvard-Smithsonian Center for Astrophysics (CfA) in Cambridge, Massachusetts.

The team used ALMA to study the well-known red dwarf star TVLM 513-46546, which is located about 35 light-years from Earth in the constellation Boötes.

The star is a mere 10 percent the mass of the Sun and is so small and cool that it’s right on the dividing line between stars (which fuse hydrogen) and brown dwarfs (which don’t). One of the things that make this small star remarkable is that it spins rapidly, completing a full rotation about every two hours. Our Sun takes about 25 days to rotate once at its equator.

This puzzled astronomers because the physical processes that generate the Sun’s magnetic field shouldn’t operate in such a small star.

“This star is a very different beast from our Sun, magnetically speaking,” states CfA astronomer and co-author Edo Berger.

When the researchers examined the star with ALMA they detected emission at a particularly high frequency (95 GHz or a wavelength of about 3 millimeters). Such a radio signal is produced by a process known as synchrotron emission, in which electrons zip around powerful magnetic field lines: the more powerful the magnetic field, the higher the frequency.

Our Sun generates similar emission from solar flares but only intermittently. What’s more, the emission from this star is 10,000 times brighter than what our own Sun produces, even though it has less than one-tenth of the Sun’s mass. The fact that ALMA detected this emission in a brief 4-hour observation suggests that the red dwarf is continuously active.

This has important implications for the search for habitable planets outside the Solar system. Red dwarfs are the most common type of star in our Galaxy, which makes them promising targets for planet searches. But because a red dwarf is so cool, a planet would have to orbit very close to the star to be warm enough for liquid water to exist at its surface. That proximity would put the planet right in the bull’s-eye for radiation that could strip its atmosphere or destroy any complex molecules on its surface, the astronomers speculate.

Astronomers will study similar stars in the future to determine whether this one is an oddball or an example of an entire class of stormy stars.

These findings have been accepted for publication in The Astrophysical Journal and are available online. 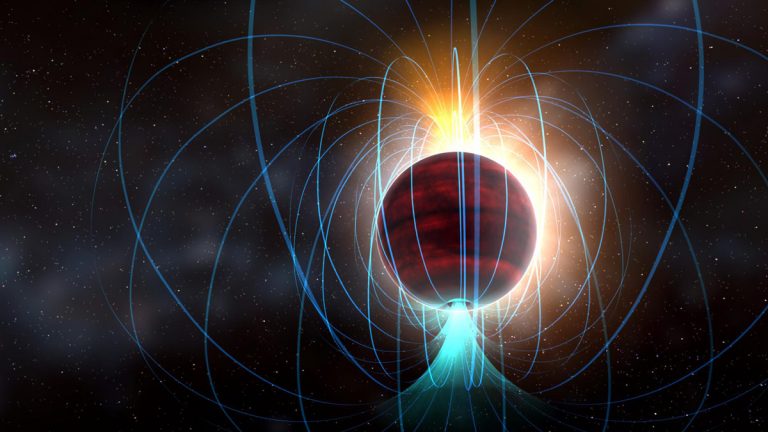 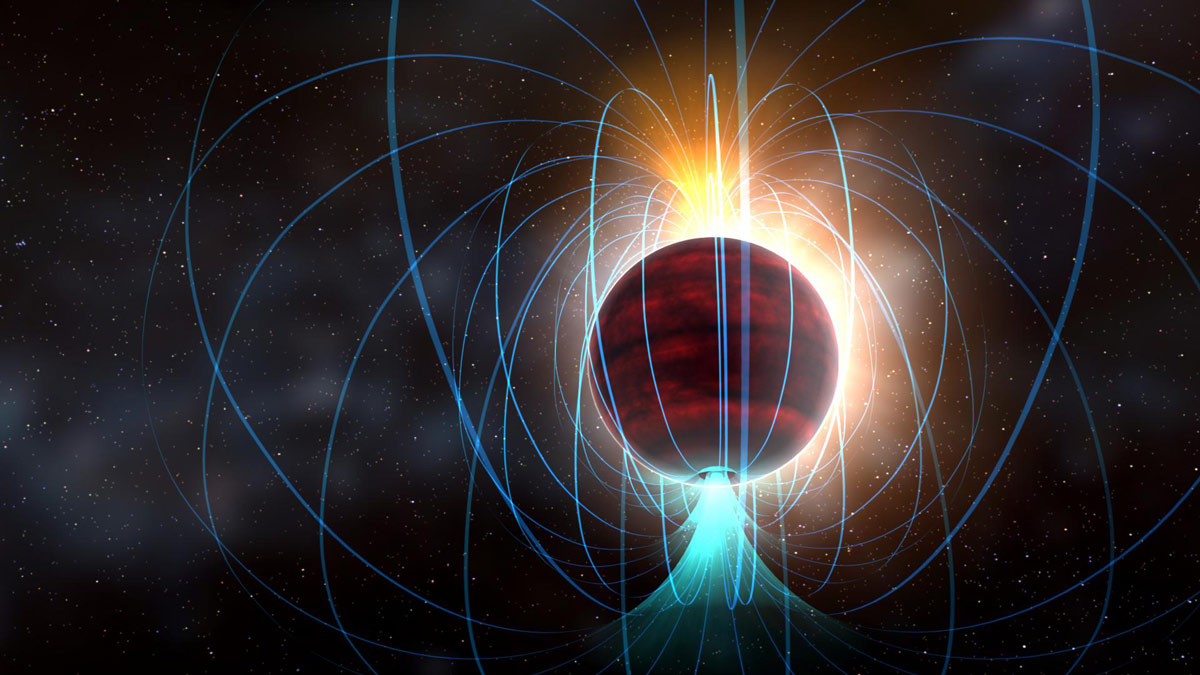