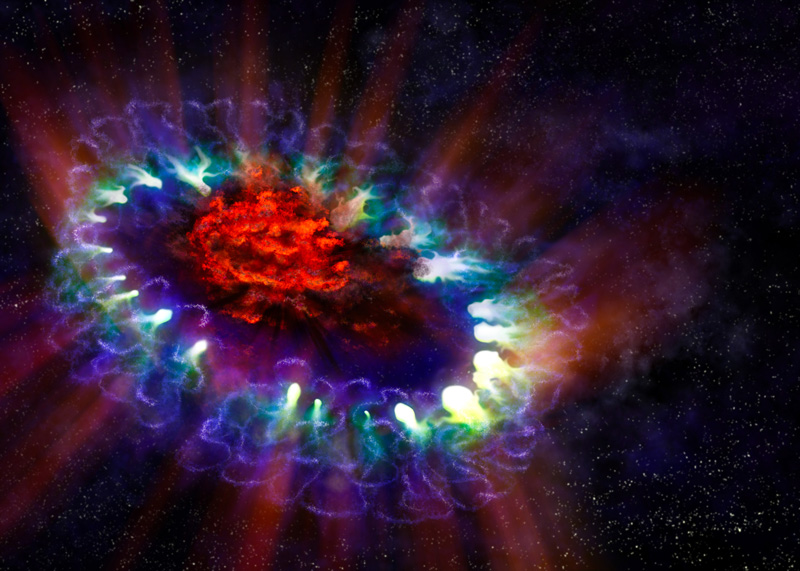 Galaxies can be remarkably dusty places and supernovas are thought to be a primary source of that dust, especially in the early Universe. Direct evidence of a supernova’s dust-making capabilities, however, has been slim and cannot account for the copious amount of dust detected in young, distant galaxies.

Striking new observations with the Atacama Large Millimeter/submillimeter Array (ALMA) telescope capture, for the first time, the remains of a recent supernova brimming with freshly formed dust. If enough of this dust makes the perilous transition into interstellar space, it could explain how many galaxies acquired their dusty, dusky appearance.

“We have found a remarkably large dust mass concentrated in the central part of the ejecta from a relatively young and nearby supernova,” said Remy Indebetouw, an astronomer with the National Radio Astronomy Observatory (NRAO) and the University of Virginia, both in Charlottesville. “This is the first time we’ve been able to really image where the dust has formed, which is important in understanding the evolution of galaxies.”

The results are being reported at the January meeting of the American Astronomical Society (AAS). They also are accepted for publication in the Astrophysical Journal Letters.

An international team of astronomers used ALMA to observe the glowing remains of supernova 1987A, which is in the Large Magellanic Cloud, a dwarf galaxy orbiting the Milky Way approximately 168,000 light-years from Earth. Light from this supernova arrived at Earth in 1987, inspiring its name. This makes 1987A the closest observed supernova explosion since Johannes Kepler’s observation of a supernova inside the Milky Way in 1604.

Astronomers predicted that as the gas cooled after the explosion, large amounts of molecules and dust would form as atoms of oxygen, carbon, and silicon bonded together in the cold central regions of the remnant. However, earlier observations of 1987A with infrared telescopes, made within the first 500 days after the explosion, detected only a small amount hot dust.

With ALMA’s unprecedented resolution and sensitivity, the research team was able to image the far more abundant cold dust, which glows brightly in millimeter and submillimeter light. The astronomers estimate that the remnant now contains about 25 percent the mass of our Sun in newly formed dust. They also found that significant amounts of carbon monoxide and silicon monoxide have formed.

“1987A is a special place since it hasn’t mixed with the surrounding environment, so what we see there was made there,” said Indebetouw. “The new ALMA results, which are the first of their kind, reveal a supernova remnant chock full of material that simply did not exist a few decades ago.”

Supernovas, however, can both create and destroy dust grains.

As the shockwave from the initial explosion radiated out into space, it produced bright glowing rings of material, as seen in earlier observations with the Hubble Space Telescope. After hitting this envelope of gas, which was sloughed off by the progenitor red giant star as it neared the end of its life, a portion of this powerful explosion rebounded back toward the center of the remnant. “At some point, this rebound shockwave will slam into these billowing clumps of freshly minted dust,” said Indebetouw. “It’s likely that some fraction of the dust will be blasted apart at that point. It’s hard to predict exactly how much – maybe only a little, possible a half or two thirds.”

If a good fraction survives and makes it into interstellar space, it could account for the copious dust astronomers detect in the early Universe.

“Really early galaxies are incredibly dusty and this dust plays a major role in the evolution of galaxies,” said Mikako Matsuura with the University College London. “Today we know dust can be created in several ways, but in the early Universe most of it must have come from supernovas. We finally have direct evidence to support that theory.” 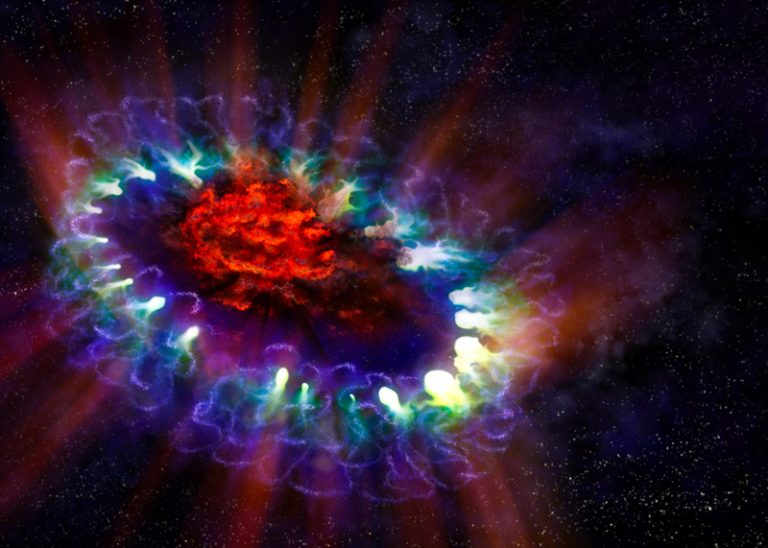 This artist's illustration of supernova 1987A reveals the cold, inner regions of the exploded star's...Read More
Credit: Alexandra Angelich (NRAO/AUI/NSF) 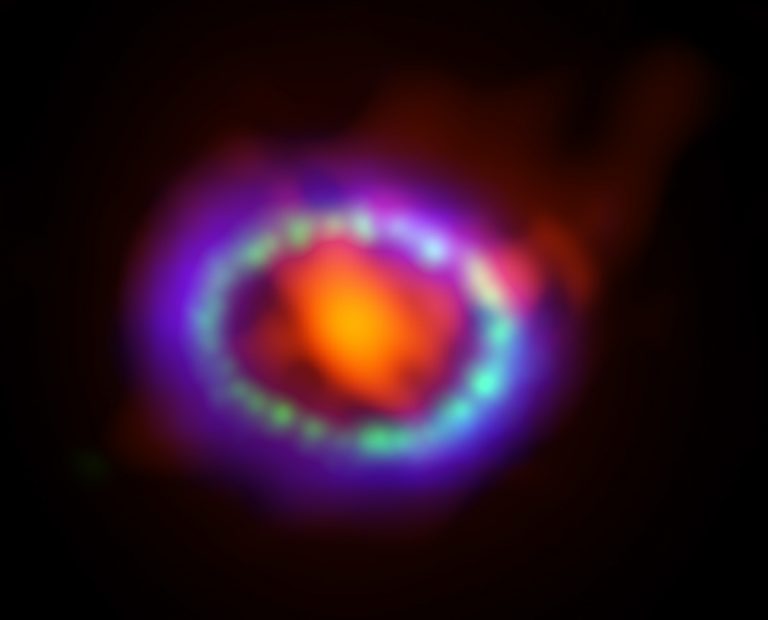 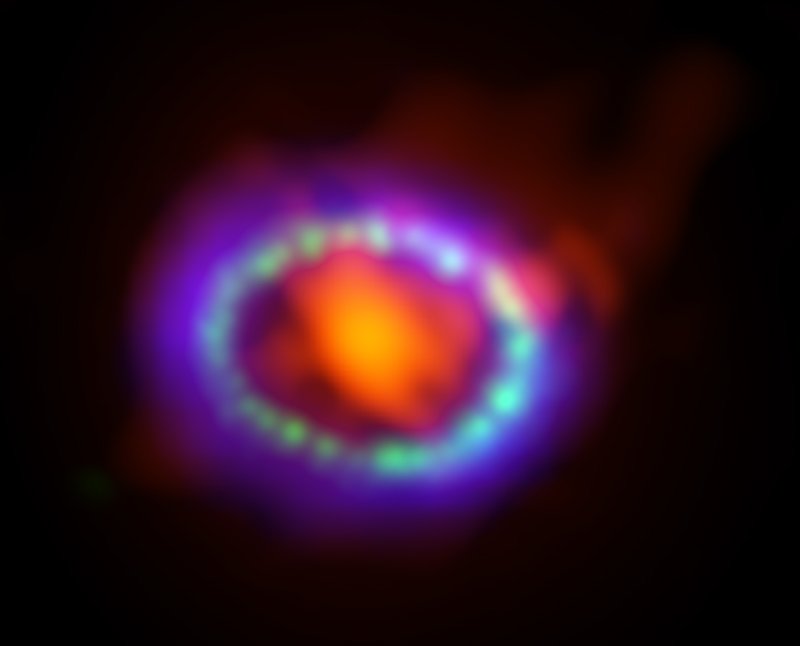