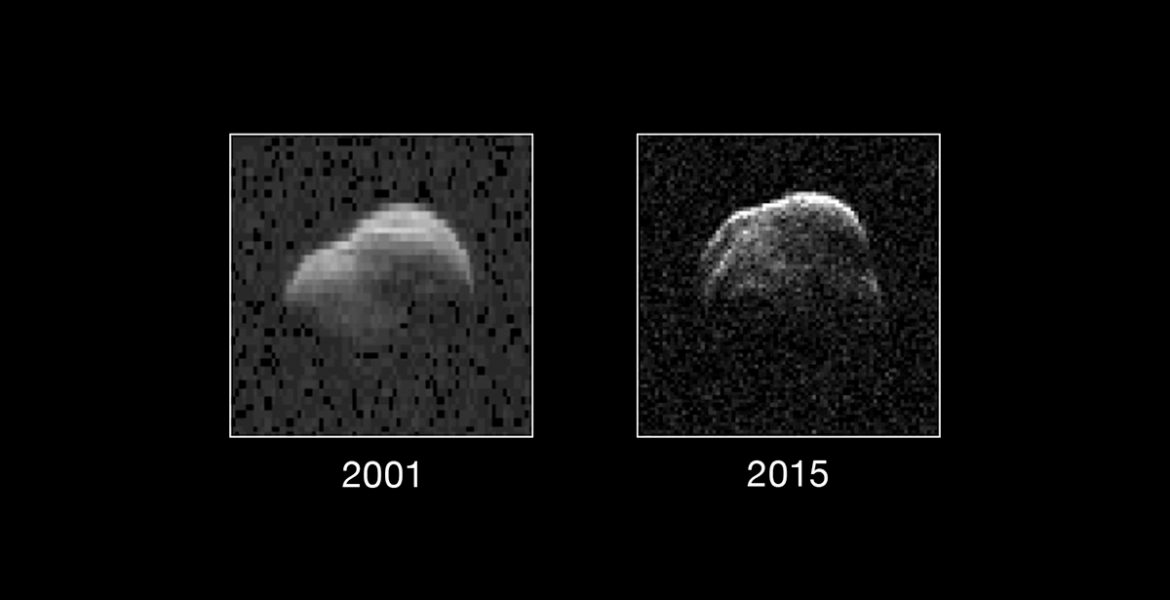 Asteroid 1998 WT24 safely flew past Earth on December 11 at a distance of about 2.6 million miles (4.2 million kilometers, 11 lunar distances). During its flyby, NASA scientists used the 230-foot (70-meter) DSS-14 antenna at Goldstone, California, and the National Science Foundation’s (NSF) 300-foot (100-meter) Green Bank Telescope (GBT) in West Virginia to probe it with microwave transmissions. Using this technique, known as bistatic radar, they created the highest-resolution radar images of the asteroid.

This is the second time asteroid 1998 WT24 has been image by radar. The first taken solely with Goldstone in 2001 revealed that the asteroid was about 1,300 feet (400 meters) in diameter and shaped like a Russet potato. These first radar images had a resolution of about 60 feet (19 meters) per pixel.

The new radar images shown here achieve a spatial resolution as fine as 25 feet (7.5 meters) per pixel. They were obtained using the same DSS-14 antenna at Goldstone to transmit high-power microwaves toward the asteroid. This time, the radar echoes bounced off the asteroid were received by the GBT.

“With this upgraded resolution we can see the asteroid’s ridges and concavities in much greater detail,” said Shantanu Naidu, a postdoctoral researcher at NASA’s Jet Propulsion Laboratory (JPL) in Pasadena, California, who works with the radar team and set up the observing plan for the asteroid’s flyby. “One or two other radar bright features that could be outcrops on the surface are also visible.”

The GBT is the world’s largest fully steerable radio telescope. Its location in the National Radio Quiet Zone and the West Virginia Radio Astronomy Zone protects the incredibly sensitive telescope from unwanted radio interference, enabling it to perform unique observations. 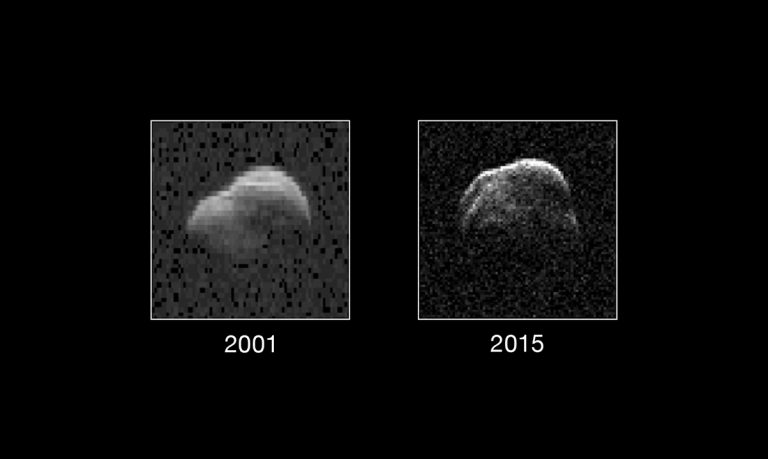 On the left is a radar image of asteroid 1998 WT24 taken in December 2001...Read More
Credit:  NASA/JPL-Caltech/GSSR/NRAO/AUI/NSF 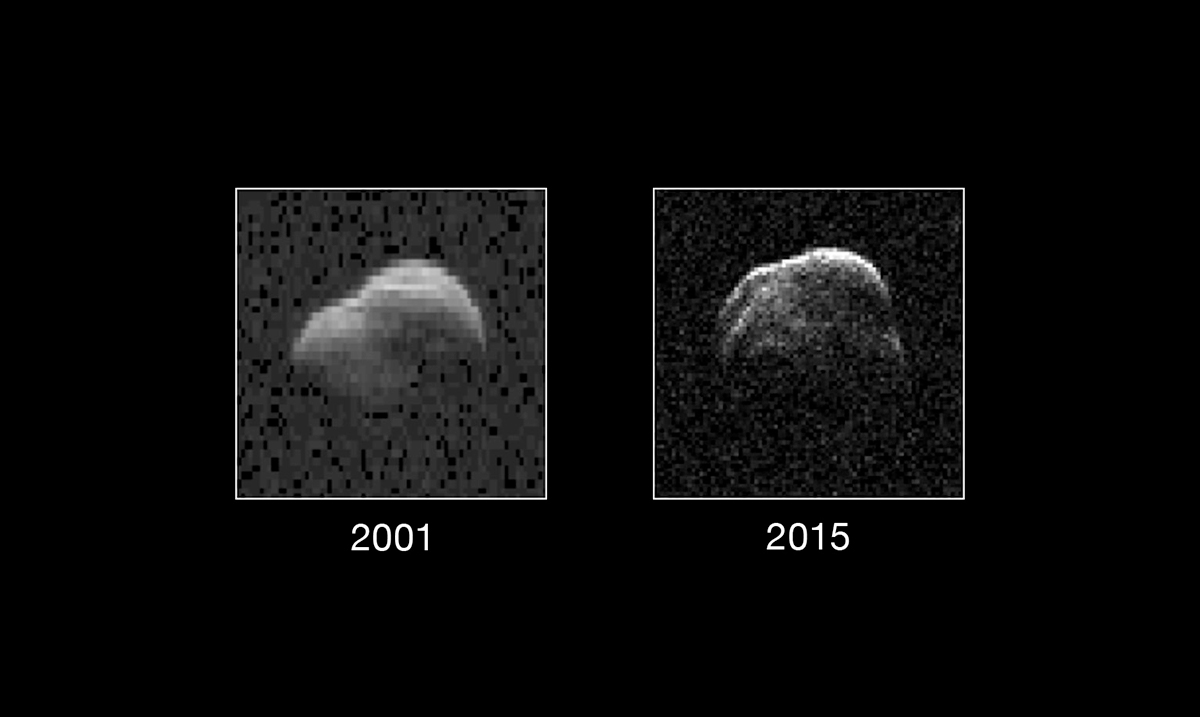