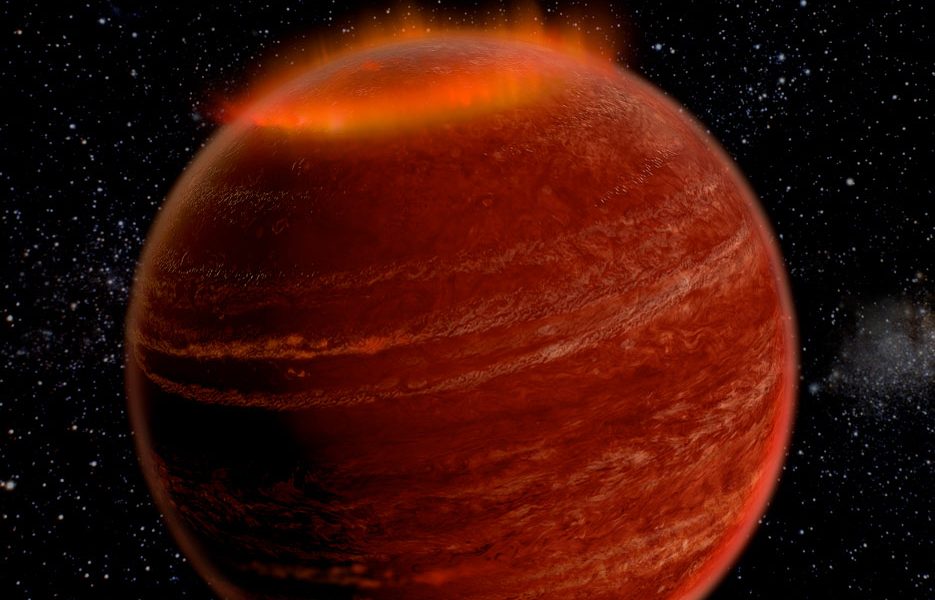 Astronomers have discovered the first aurora ever seen in an object beyond our Solar System. The aurora — similar to the famous “Northern Lights” on Earth — is 10,000 times more powerful than any previously seen. They found the aurora not from a planet, but from a low-mass star at the boundary between stars and brown dwarfs.

The discovery reveals a major difference between the magnetic activity of more-massive stars and that of brown dwarfs and planets, the scientists said.

“All the magnetic activity we see on this object can be explained by powerful auroras,” said Gregg Hallinan, of the California Institute of Technology (Caltech). “This indicates that auroral activity replaces solar-like coronal activity on brown dwarfs and smaller objects,” he added.

The astronomers observed the object, called LSR J1835+3259, using the Karl G. Jansky Very Large Array (VLA) at radio wavelengths, along with the 5-meter Hale Telescope on Palomar Mountain and the 10-meter Keck Telescope in Hawaii at optical wavelengths. The combination of radio and optical observations showed that the object, 18 light-years from Earth, has characteristics unlike any seen in more-massive stars.

Brown dwarfs, sometimes called “failed stars,” are objects more massive than planets, yet too small to trigger the thermonuclear reactions at their cores that power stars. The astronomers said their observations of LSR J1835+3259 indicate that the coolest stars and brown dwarfs have outer atmospheres that support auroral activity, rather than the type of magnetic activity seen on more-massive and hotter stars.

The discovery also has implications for studying extrasolar planets. The aurora the scientists observed from LSR J1835+3259 appears powered by a little-understood dynamo process similar to that seen on larger planets in our Solar System. This process is different from that which causes the Earth’s auroral displays — the planet’s magnetic field interacting with the solar wind.

“What we see on this object appears to be the same phenomenon we’ve seen on Jupiter, for example, but thousands of times more powerful,” Hallinan said. “This suggests that it may be possible to detect this type of activity from extrasolar planets, many of which are significantly more massive than Jupiter,” he added.

Hallinan worked with an international team of researchers from the U.S., the U.K., Ireland, Germany, Russia, and Bulgaria. The scientists reported their findings in the 30 July issue of the scientific journal Nature. 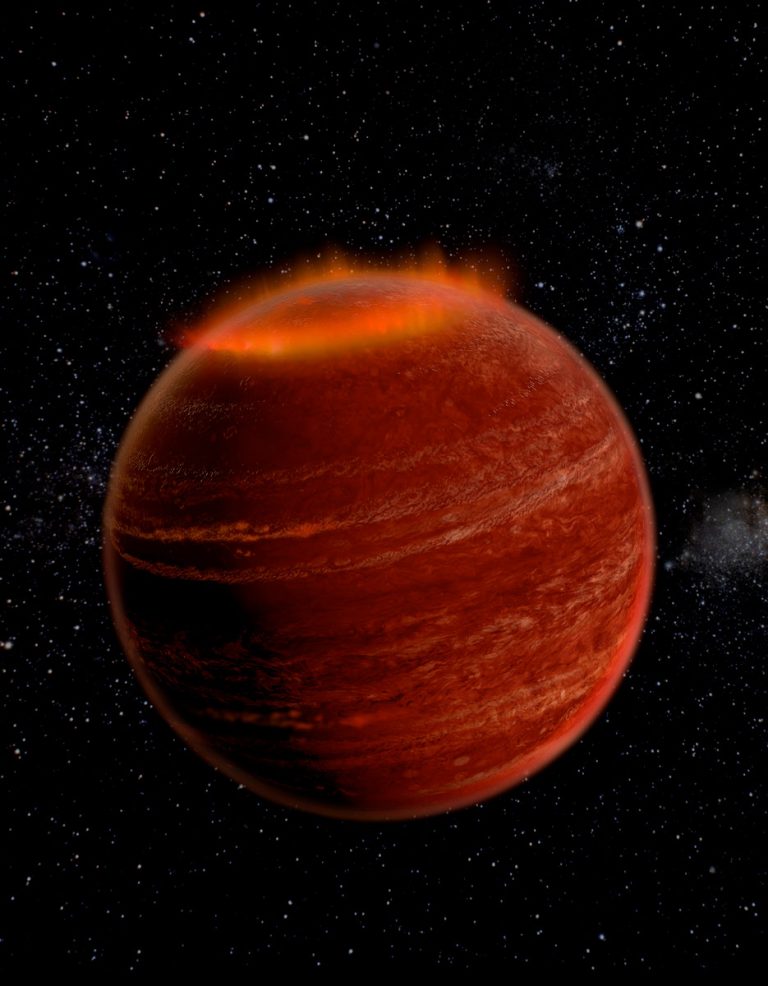 Artist conception of an aurora over the polar region of a brown dwarf.
Credit: Chuck Carter and Gregg Hallinan, Caltech. 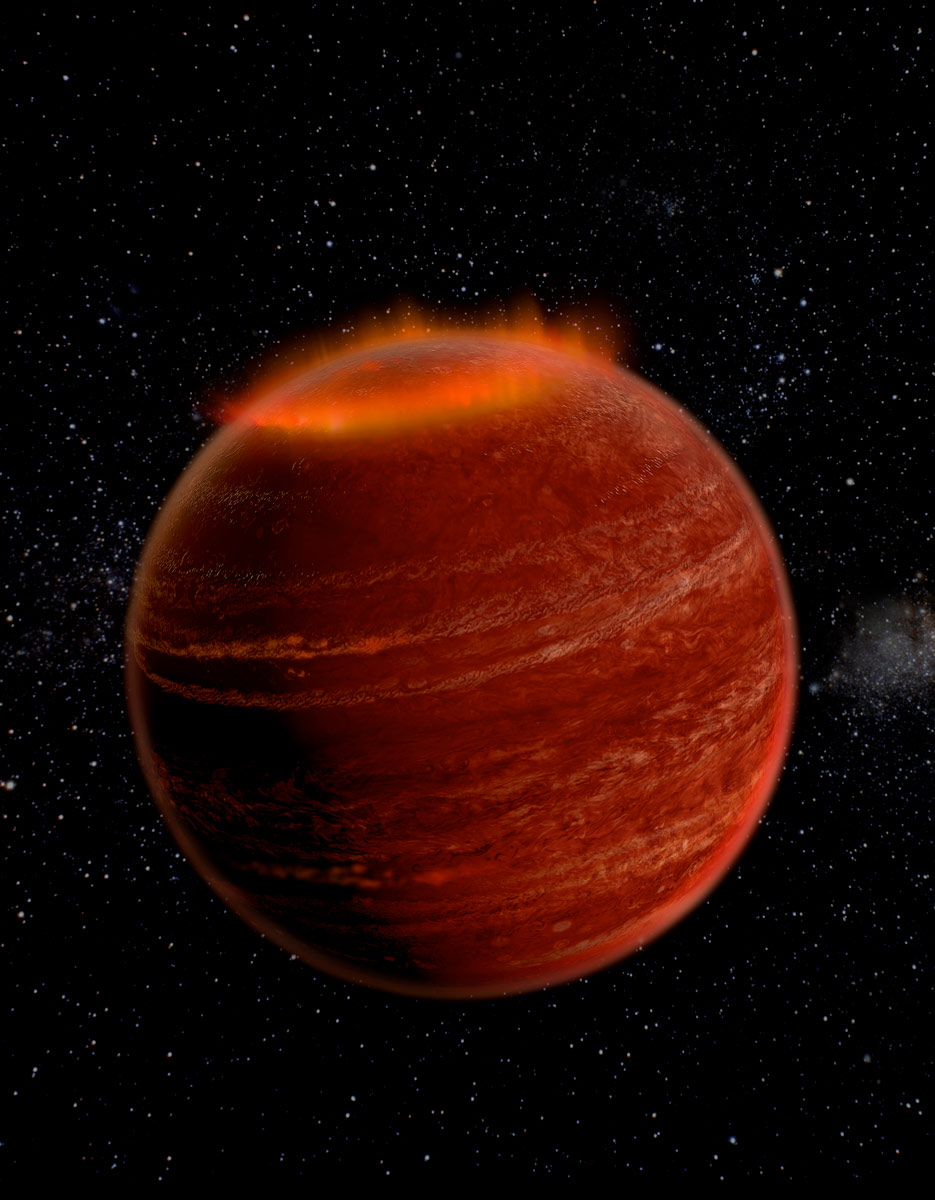