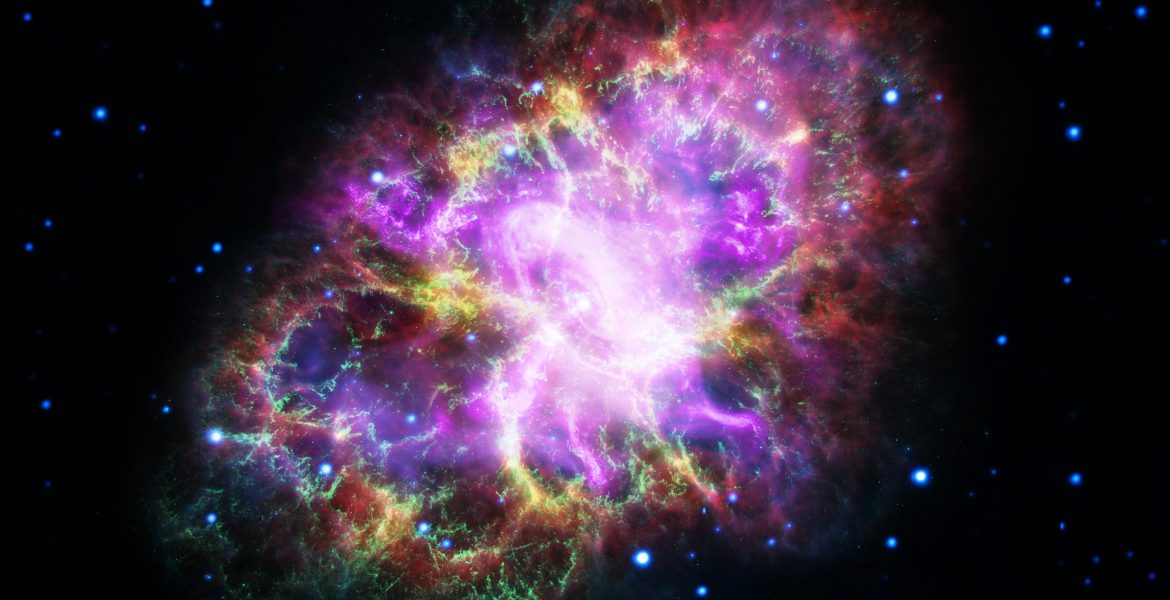 Astronomers produced this dramatic new, highly-detailed image of the Crab Nebula by combining data from telescopes spanning nearly the entire breadth of the electromagnetic spectrum, from the long waves seen by the Karl G. Jansky Very Large Array (VLA) to the extremely short waves seen by the orbiting Chandra X-Ray Observatory.

The Crab Nebula, the result of a bright supernova explosion seen by Chinese and other astronomers in the year 1054, is some 6,500 light-years from Earth. At its center is a superdense neutron star, rotating once every 33 milliseconds, shooting out rotating lighthouse-like beams of radio waves and light — a pulsar. The nebula’s intricate shape is caused by a complex interplay of the pulsar, a fast-moving wind of particles coming from the pulsar, and material originally ejected by the supernova explosion and by the star itself before the explosion.

The new VLA, Hubble, and Chandra observations all were made at nearly the same time in November of 2012. A team of scientists led by Gloria Dubner of IAFE, the National Council of Scientific Research (CONICET), and the University of Buenos Aires in Argentina then made a detailed analysis of the newly-revealed details in a quest to gain new insights into the complex physics of the object. They are reporting their findings in the Astrophysical Journal.

New details from the study show interactions between fast-moving particles and magnetic fields similar to structures seen on the Sun, other features seen to appear at multiple wavelengths, and structures that may indicate features near the star before it exploded. Two separate jets of material from near the pulsar appear in the X-ray and the radio images.

“Comparing these new images, made at different wavelengths, is providing us with a wealth of new detail about the Crab Nebula. Though the Crab has been studied extensively for years, we still have much to learn about it,” Dubner said.

You can examine each layer of this image and colorize it yourself with our Cosmic Coloring App! 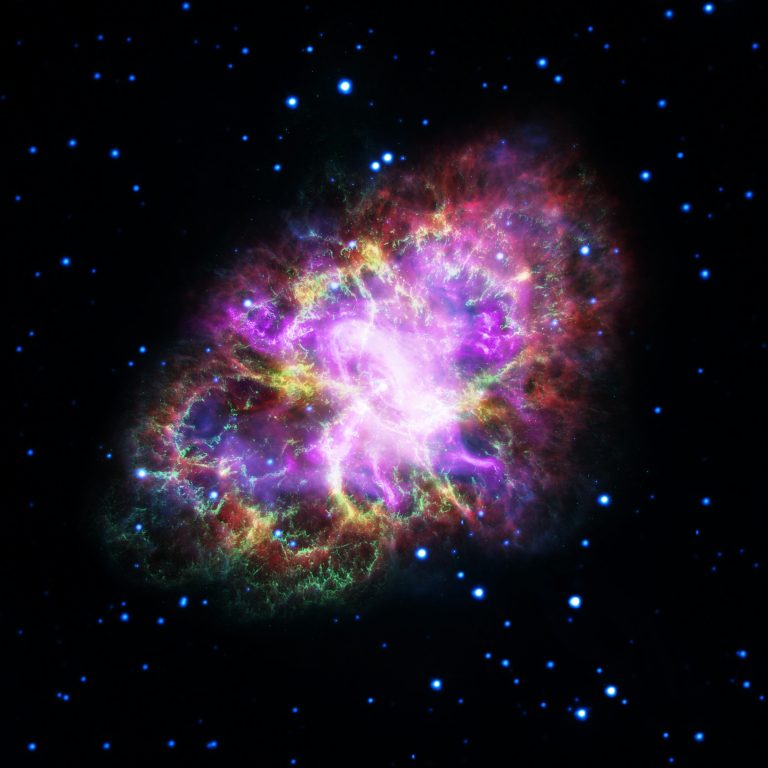 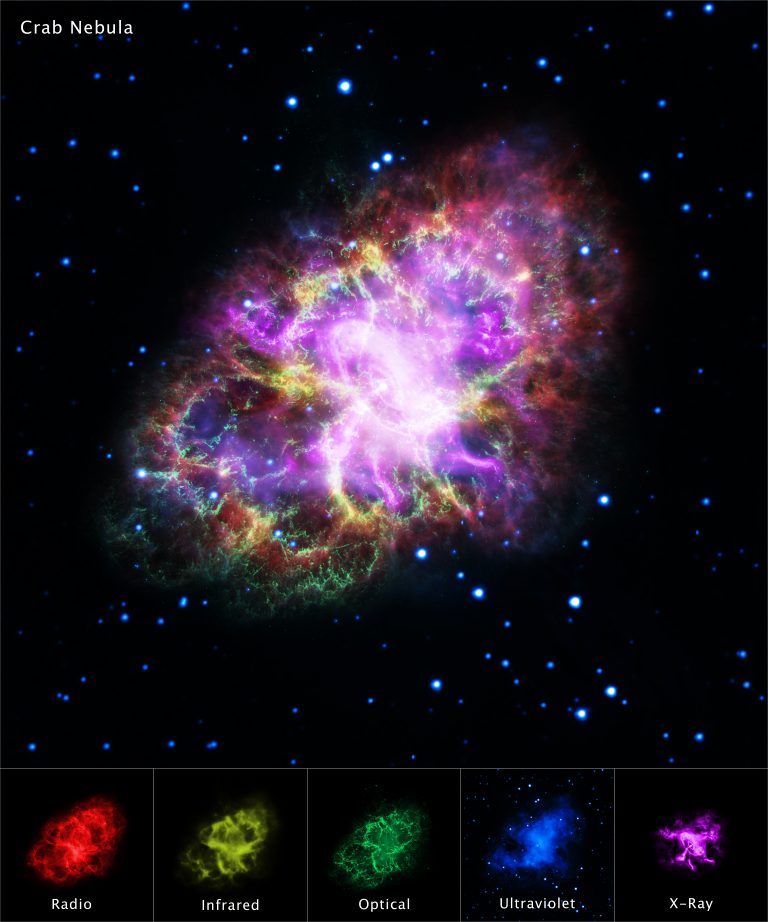 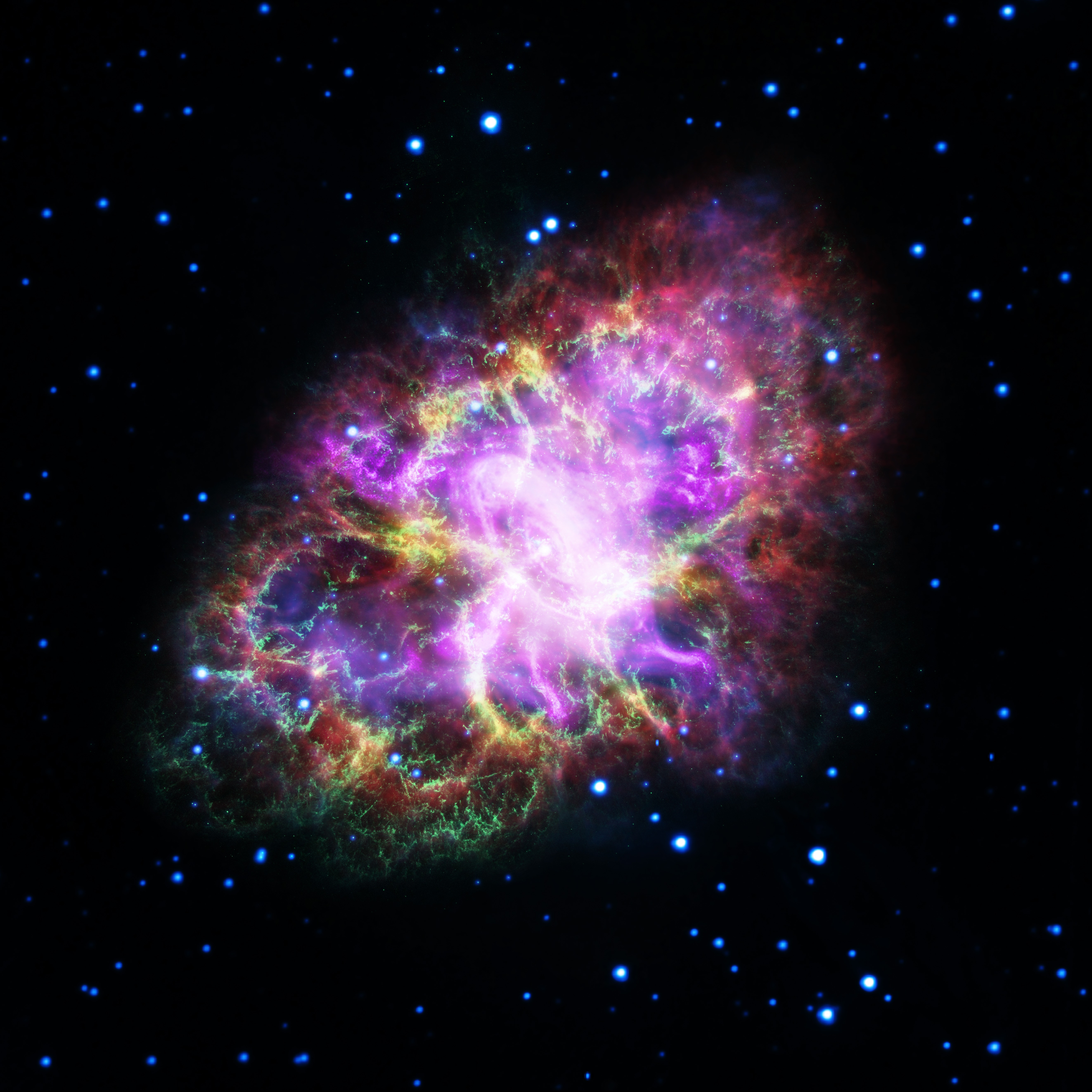 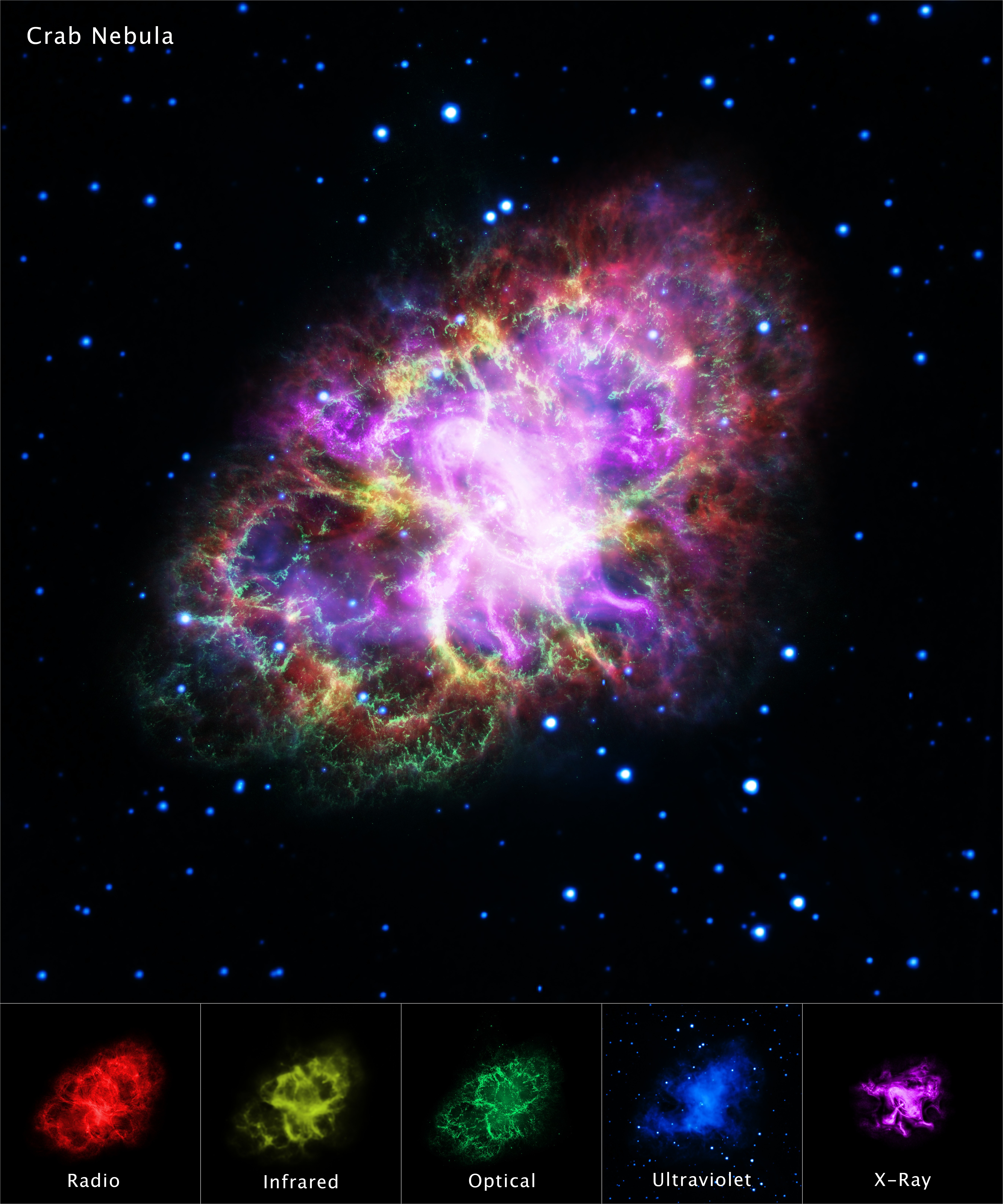