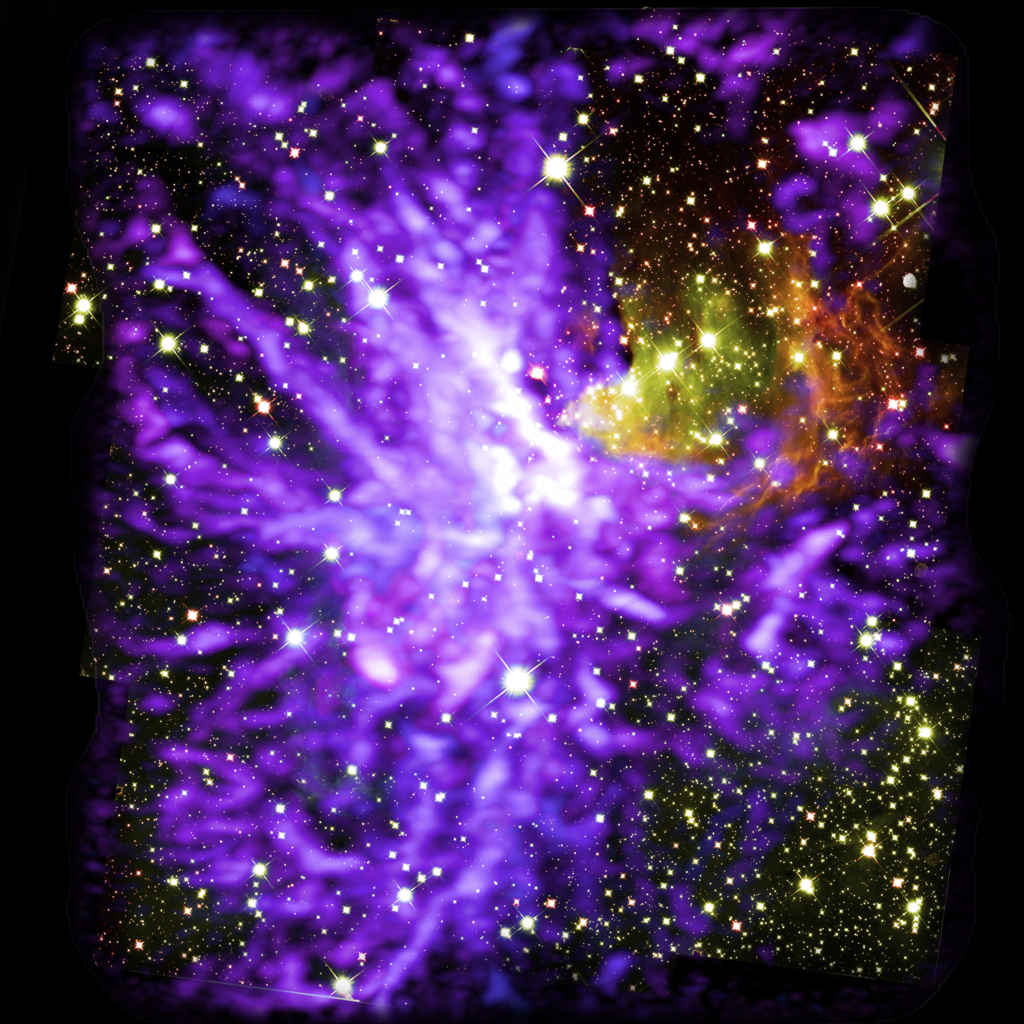 Most stars in the universe, including our Sun, were born in massive star clusters. These clusters are the building blocks of galaxies, but their formation from dense molecular clouds is still largely a mystery.

The image of cluster G286.21+0.17, caught in the act of formation, is a multi-wavelength mosaic made out of more than 750 individual radio observations with the Atacama Large Millimeter/submillimeter Array (ALMA) and 9 infrared images from the NASA/ESA Hubble Space Telescope. The cluster is located in the Carina region of our galaxy, about 8000 light-years away.

Dense clouds made of molecular gas (purple ‘fireworks streamers’) are revealed by ALMA. The telescope observed the motions of turbulent gas falling into the cluster, forming dense cores that ultimately create individual stars.

The stars in the image are revealed by their infrared light, as seen by Hubble, including a large group of stars bursting out from one side of the cloud. The powerful winds and radiation from the most massive of these stars are blasting away the molecular clouds, leaving faint wisps of glowing, hot dust (shown in yellow and red).

“This image shows stars in various stages of formation within this single cluster,” said Yu Cheng of the University of Virginia in Charlottesville, Virginia, and lead author of two papers published in The Astrophysical Journal.

Hubble revealed about a thousand newly-formed stars with a wide range of masses. Additionally, ALMA showed that there is a lot more mass present in dense gas that still has to undergo collapse. “Overall the process may take at least a million years to complete,” Cheng added.

“This illustrates how dynamic and chaotic the process of star birth is,” said co-author Jonathan Tan of Chalmers University in Sweden and the University of Virginia and principal investigator of the project. “We see competing forces in action: gravity and turbulence from the cloud on one side, and stellar winds and radiation pressure from the young stars on the other. This process sculpts the region. It is amazing to think that our own Sun and planets were once part of such a cosmic dance.”

“The phenomenal resolution and sensitivity of ALMA are evident in this stunning image of star formation,” said Joe Pesce, NSF Program Officer for NRAO/ALMA. “Combined with the Hubble Space Telescope data we can clearly see the power of multiwavelength observations to help us understand these fundamental universal processes.”

This research was presented in two papers: 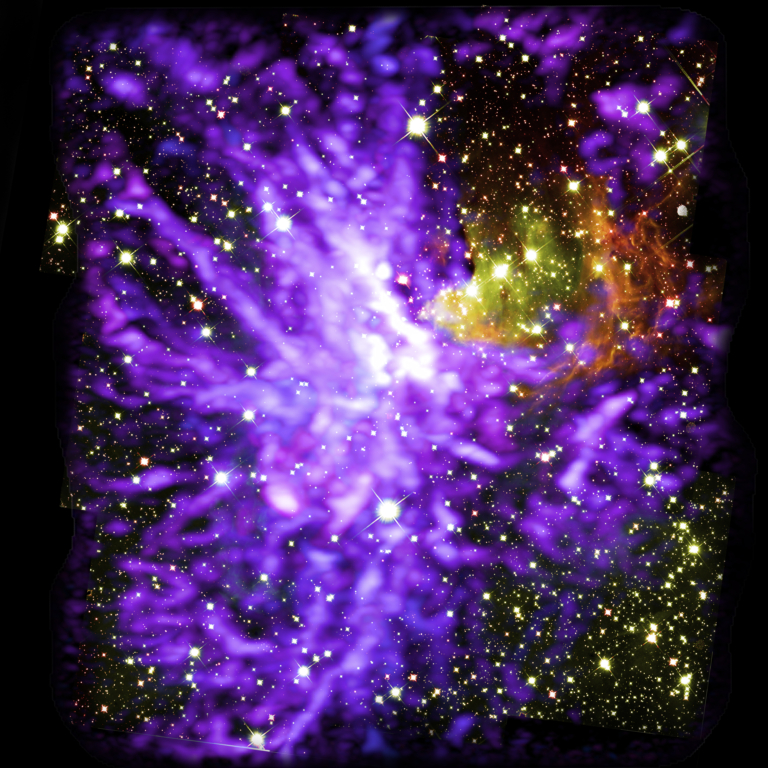 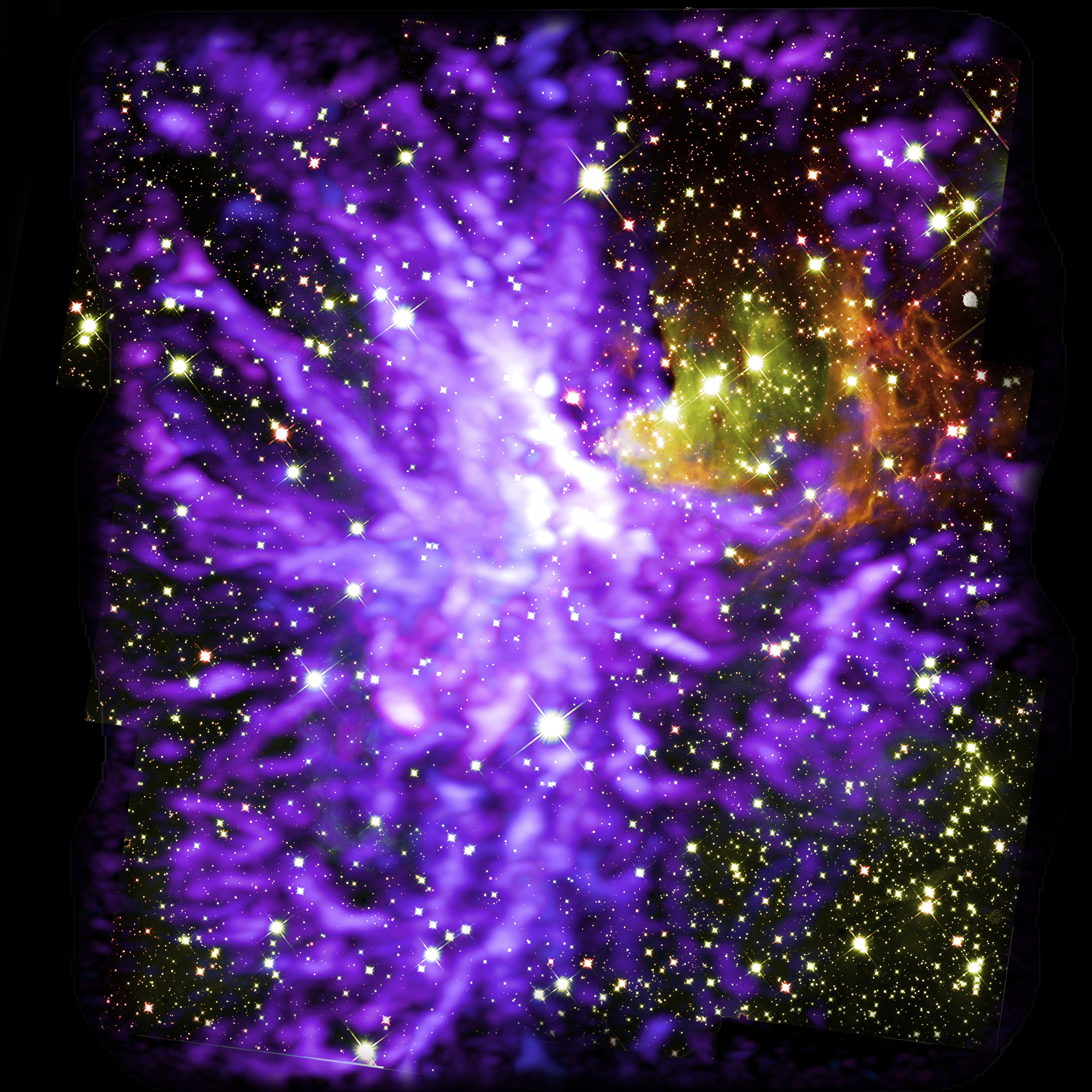