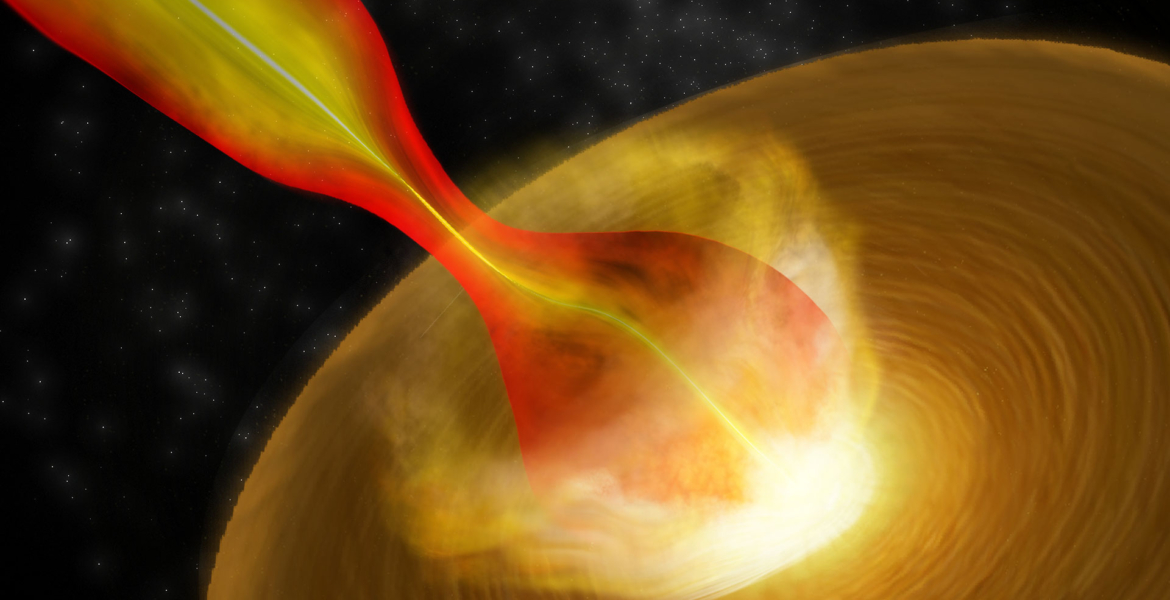 Astronomers studying the fast-moving jet of material ejected by a still-forming, massive young star found a major difference between that jet and those ejected by less-massive young stars. The scientists made the discovery by using the U.S. National Science Foundation’s Karl G. Jansky Very Large Array (VLA) to make the most detailed image yet of the inner region of such a jet coming from a massive young star.

Both low- and high-mass young stars, or protostars, propel jets outward perpendicular to a disk of material closely orbiting the star. In stars with masses similar to the Sun, these jets are narrowed, or focused, relatively tightly near to the star in a process called collimation. Because most high-mass protostars are more distant, studying the regions close to them has been more difficult, so astronomers were unclear if this was the case with them.

A team of scientists observed a massive protostar called Cep A HW2, located about 2,300 light-years from Earth in the constellation Cepheus. Cep A HW2 is expected to develop into a new star about 10 times more massive than the Sun. The new VLA images showed the finest detail yet seen in such an object, giving the astronomers their first view of the innermost portion of the jet, a portion roughly as long as the diameter of the Solar System.

“What we saw is very different from what usually is seen in the jets from low-mass stars,” said Adriana Rodriguez-Kamenetzky, of the National Autonomous University of Mexico (UNAM).

In lower-mass protostars, observations have shown the jets to be collimated as close to the star as only a few times the Earth-Sun distance.

First, the same mechanism could be at work in both high-mass and low-mass protostars, but the collimation distance could be determined by the mass, occurring farther away in more-massive systems. The second possibility is that high-mass stars might produce only the wide-angle wind seen in Cep A HW2, with collimation only coming when physical conditions around the star restrict the flow.

“That case would point to a major difference in the mechanisms at work in protostars of different masses,” said Carlos Carrasco-Gonzalez, also of UNAM, leader of the work. “Answering this question is important to understanding how stars of all masses form,” he added.

Carrasco-Gonzalez and his colleagues are reporting their findings in the Astrophysical Journal. 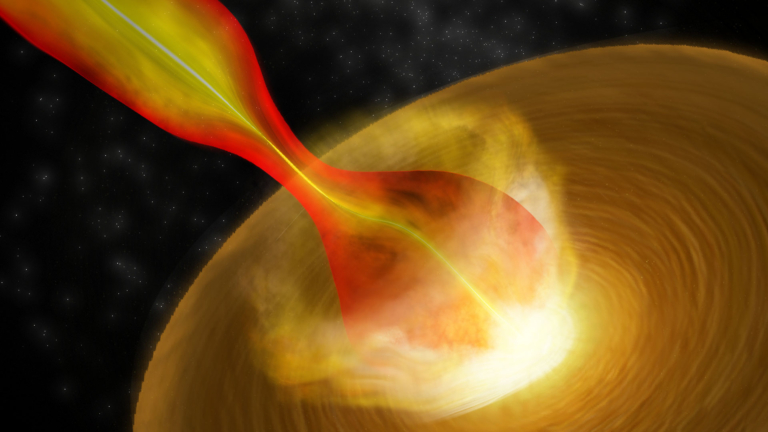 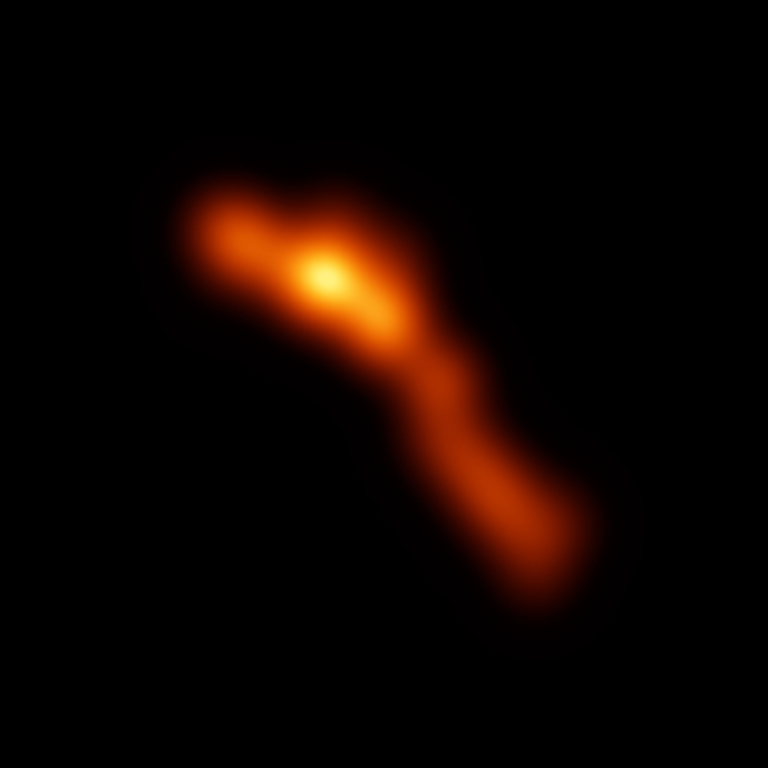 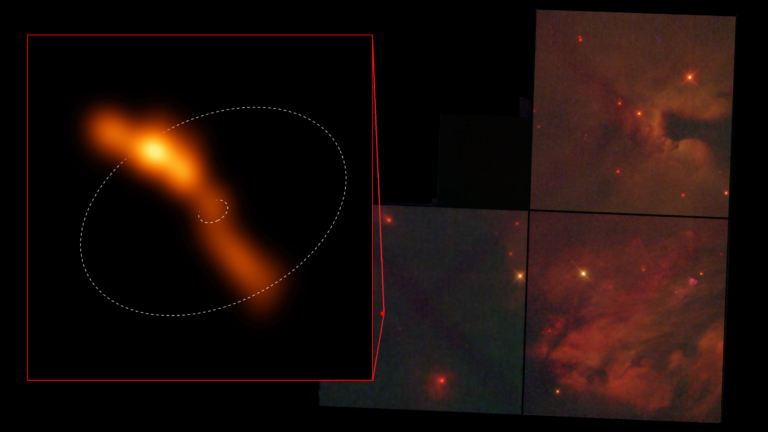 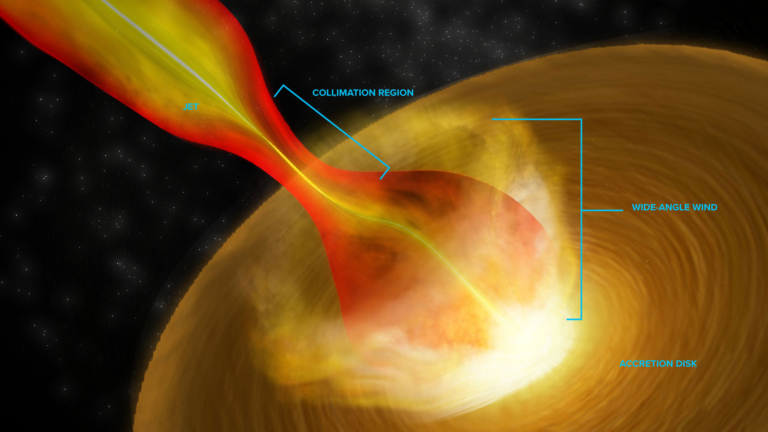 Artist's conception of Cep A HW2 and its jet, with labels.
Credit: Bill Saxton, NRAO/AUI/NSF 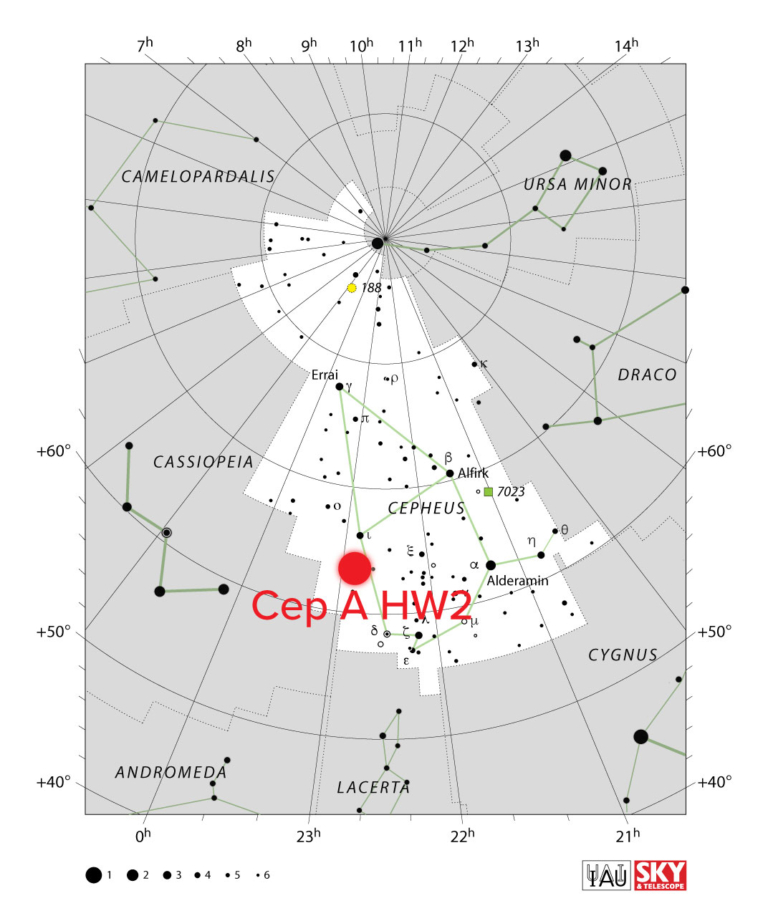 Location of Cep A HW2 in the sky.
Credit: Bill Saxton, NRAO/AUI/NSF 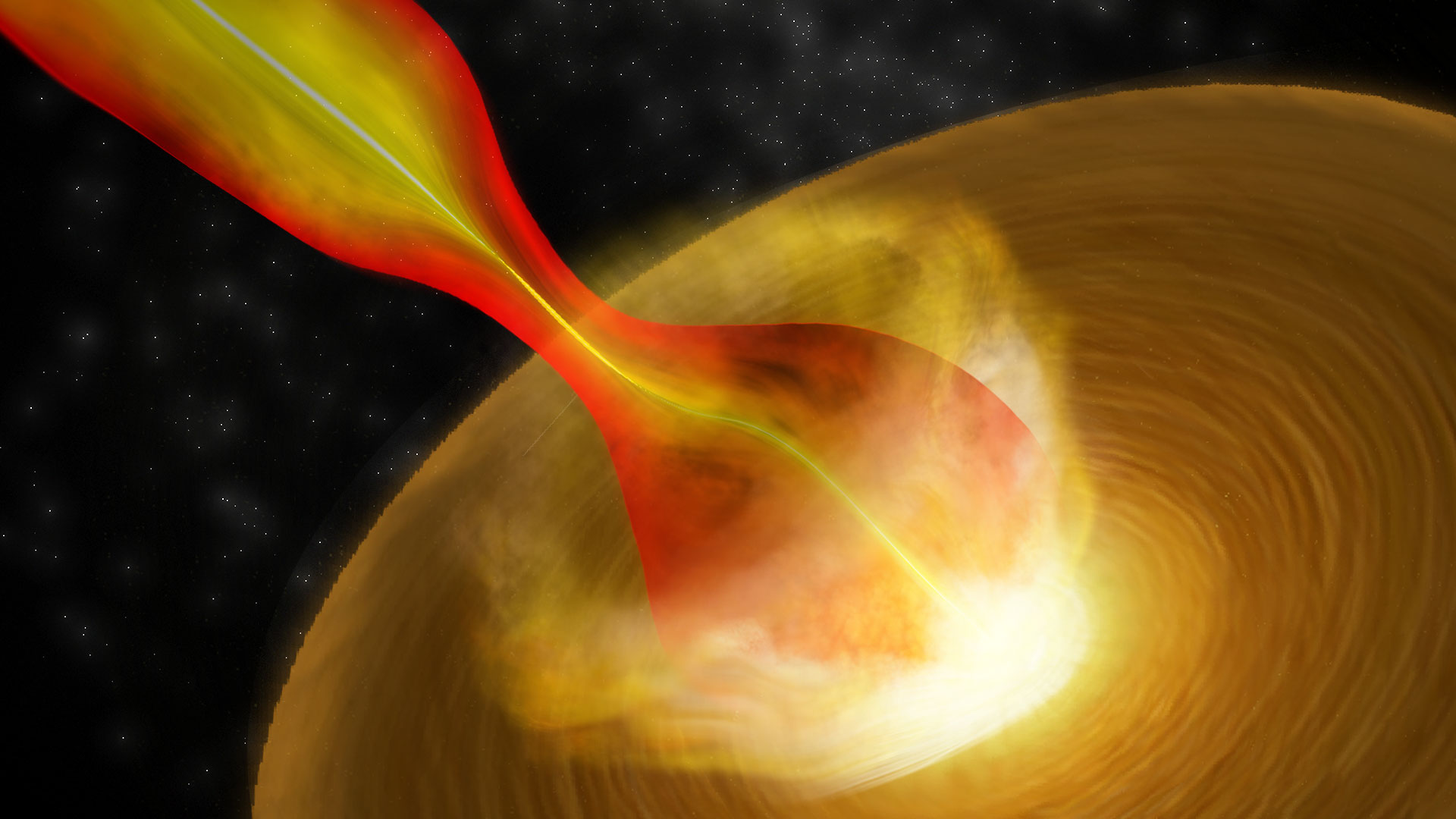 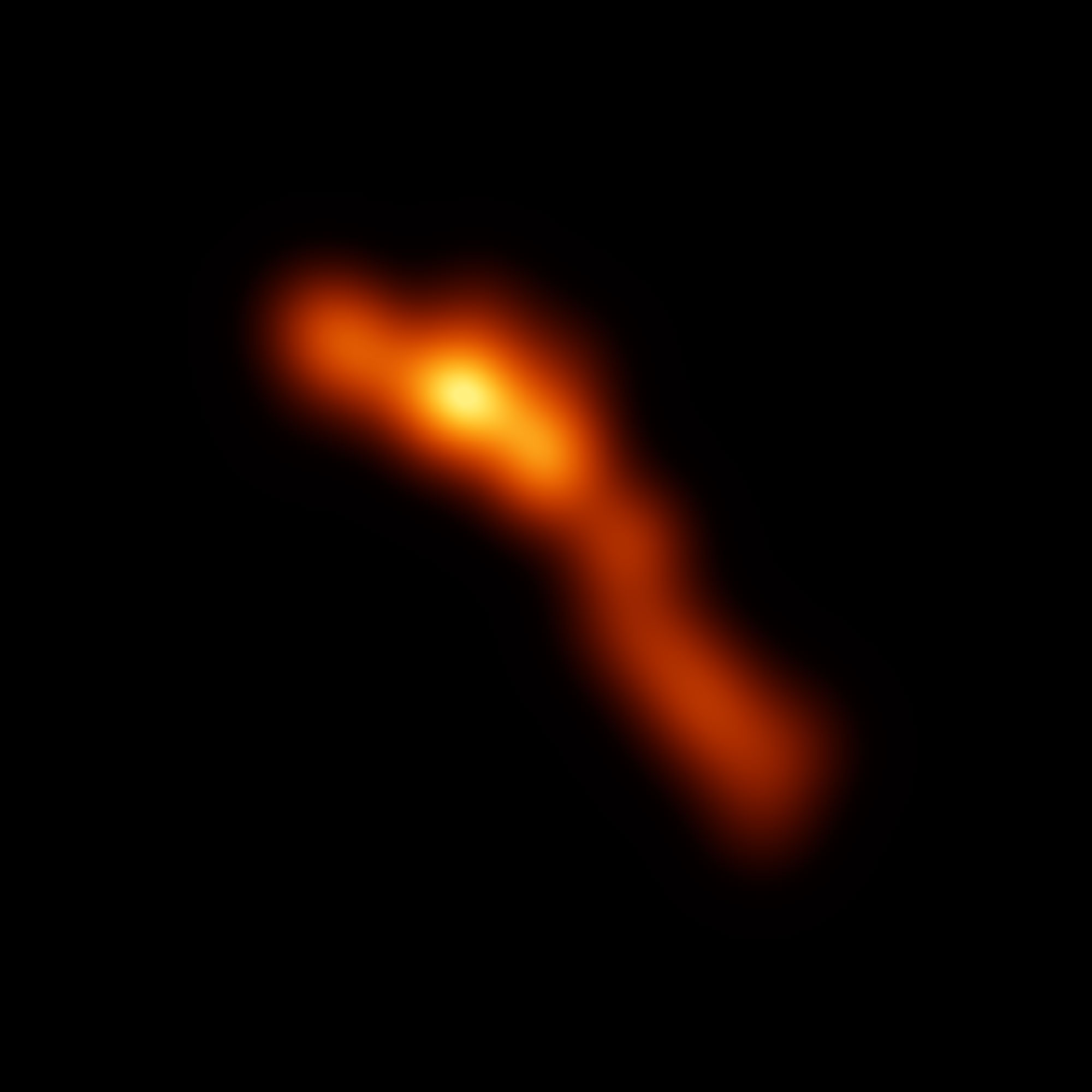 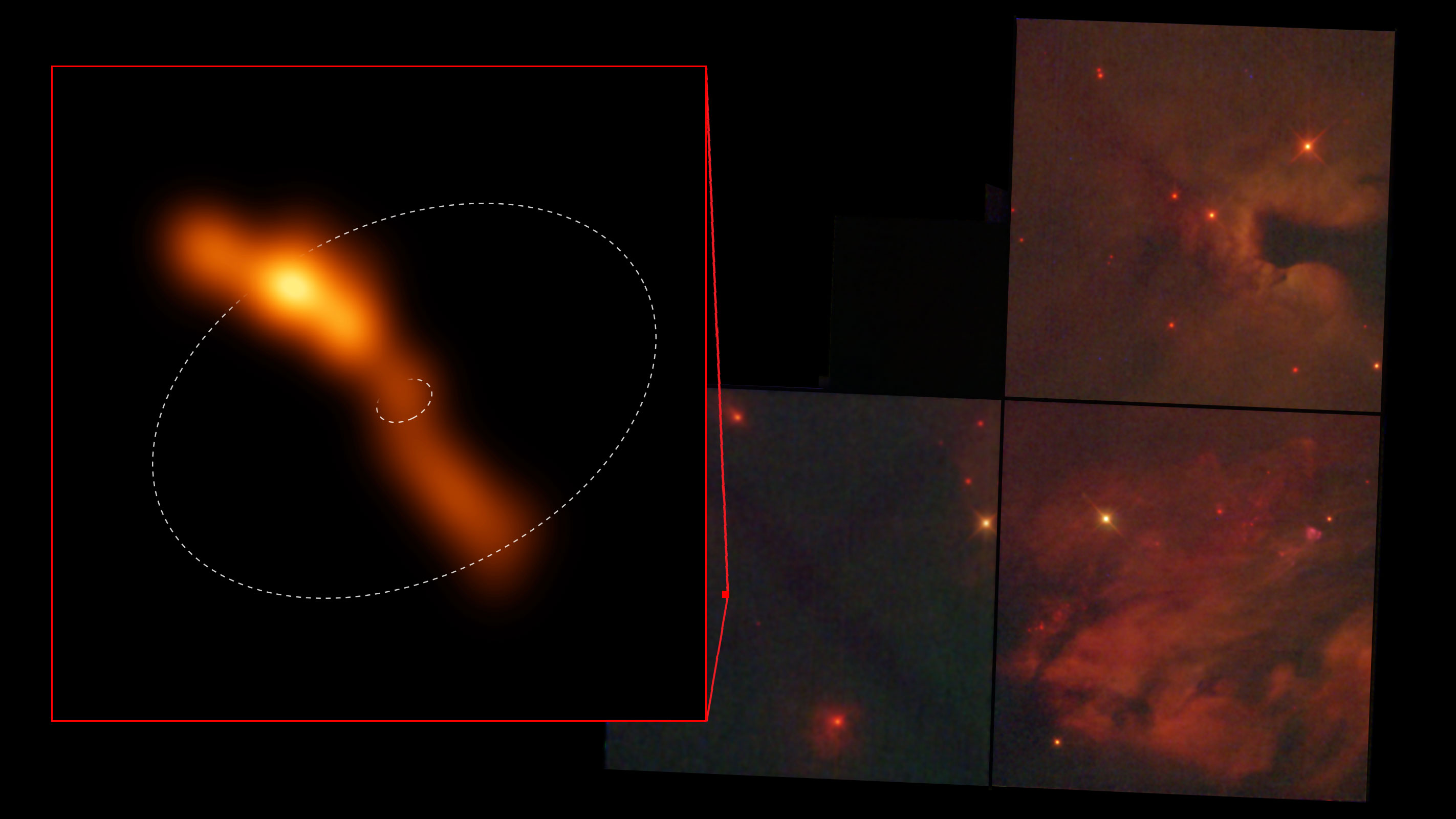 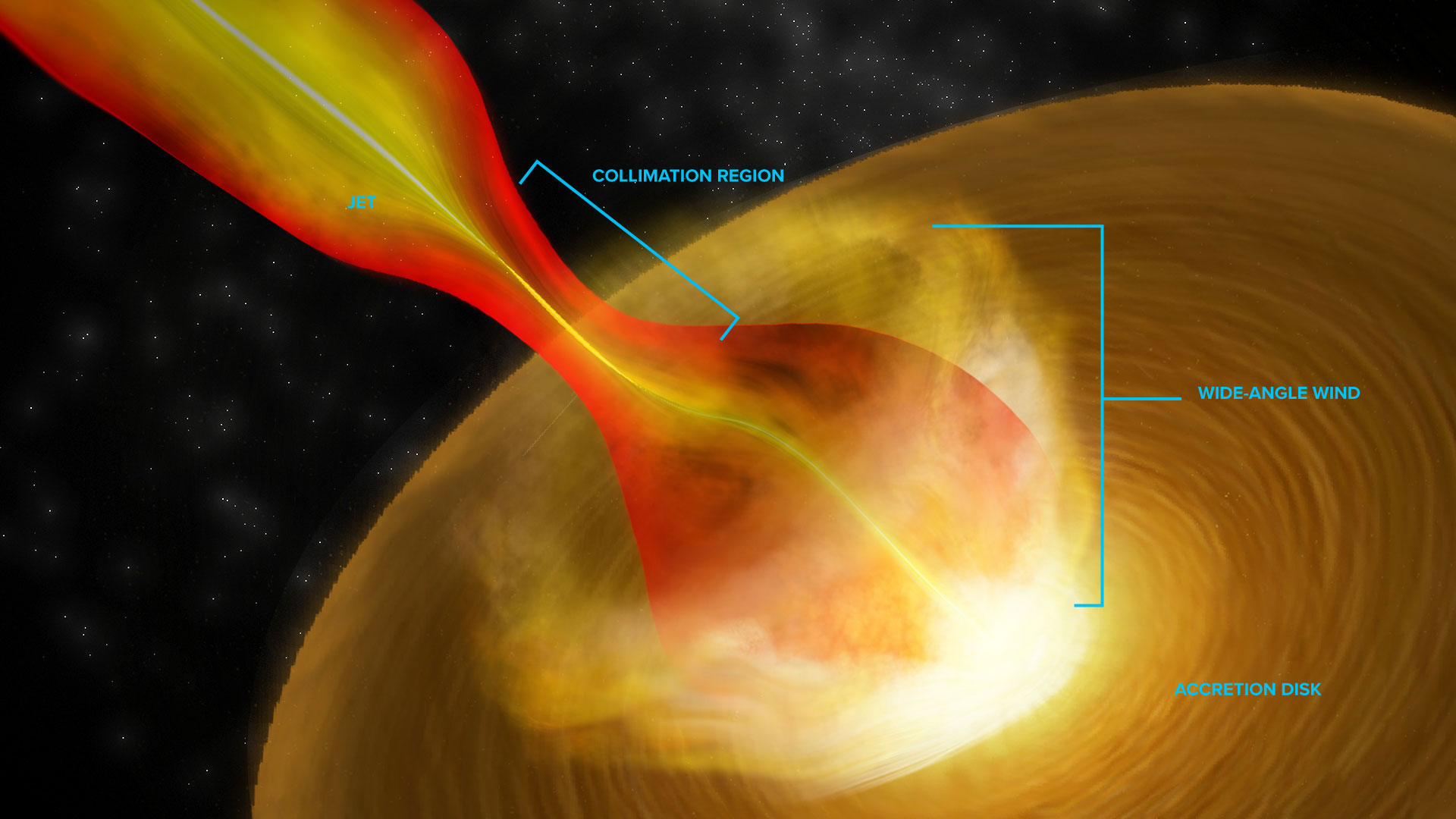 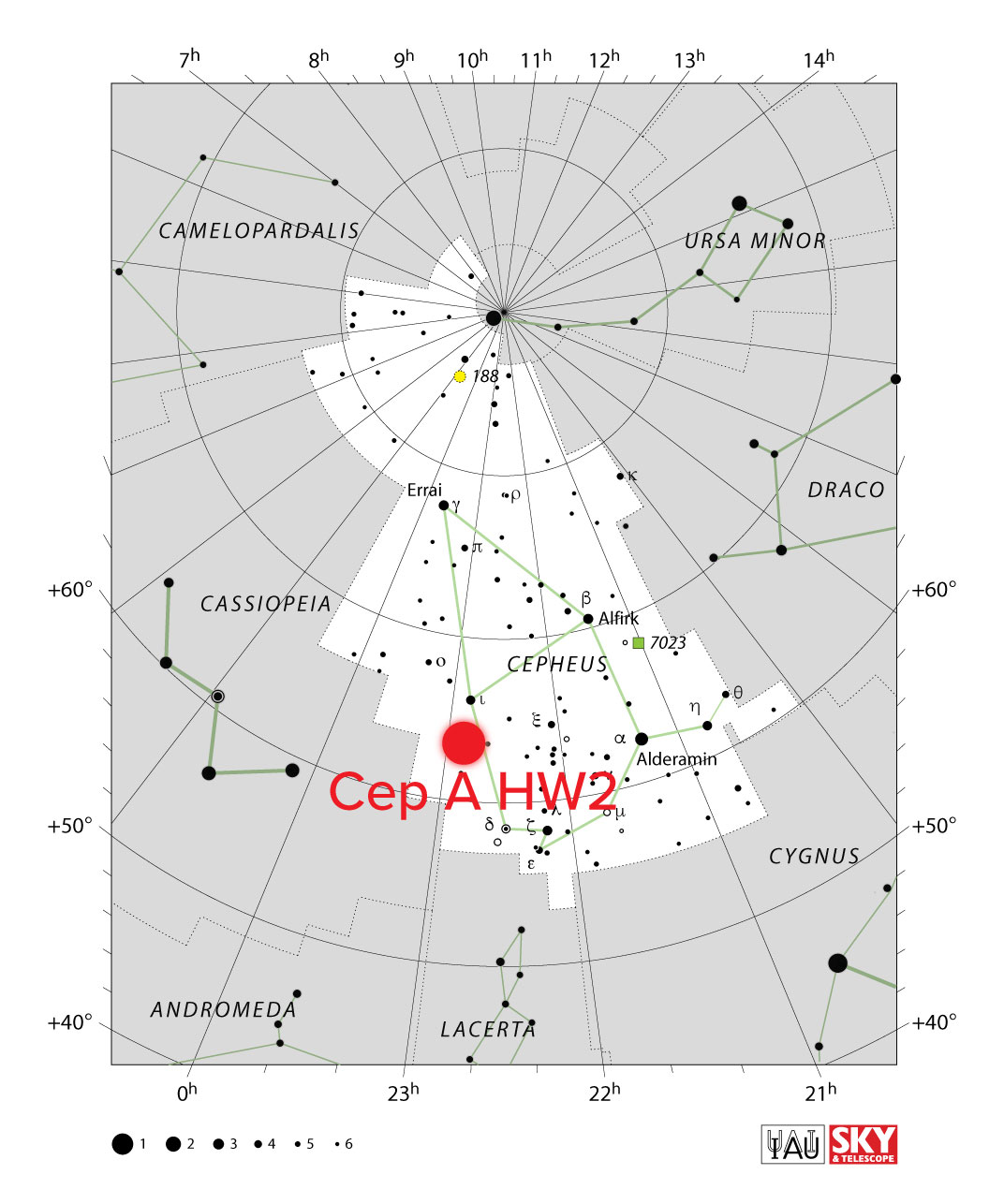